Here’s How Much it Costs to Fuel a Private Jet 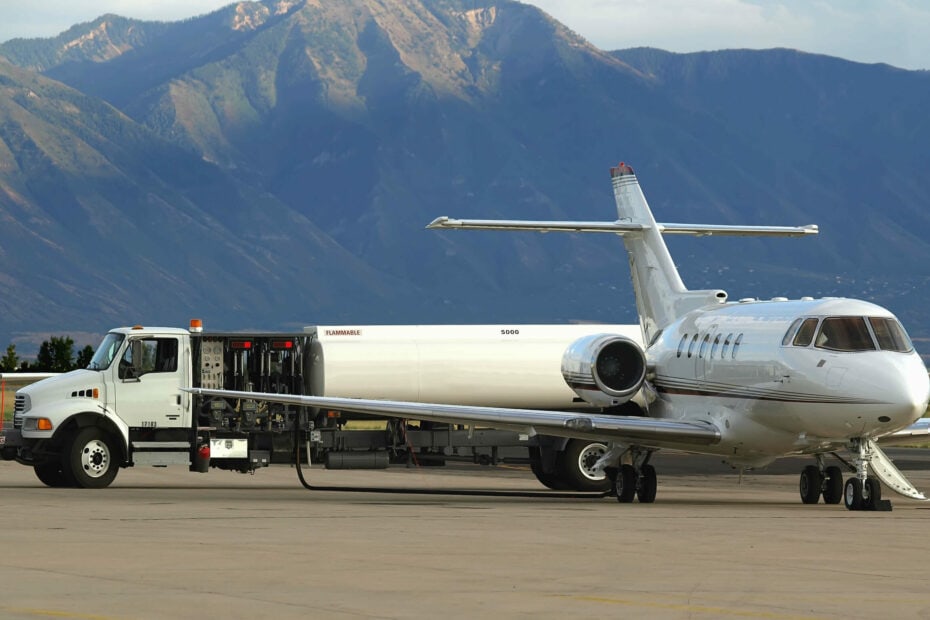 How much does it cost to fuel a private jet?

This is an important question whether you are thinking of renting or owning your own aircraft.

As a result, many ask the question of how much does it really cost to fuel a private jet? What are the actual fuel costs? And how much fuel do these jets use? The short answer is thousands per hour. However, as always in aviation, the actual number will vary depending on factors such as aircraft size, mission length, and atmospheric conditions.

Knowing this information is important no matter if you rent (through a private jet charter) or own your own aircraft. In any situation, if the aircraft you are flying needs more fuel, you will be paying. This is especially true during aircraft ownership and among private jet owners.

Please read this article to see the exact hourly fuel burn figures of every type of private jet.

There are many reasons that airplanes use different fuel to regular gasoline. To start with, Jet Fuel has a lower freezing point than regular gasoline. This is important as private jets get high. Very high. Some aircraft fly as high as 51,000 feet. The higher you get, the colder the air.

Secondly, Jet Fuel has a higher flash point than gasoline. As a result, Jet Fuel is able to provide greater power and efficiency compared to regular gasoline.

Finally, the actual fuel costs are different. Jet Fuel is cheaper than regular gasoline. This is important as private jets require a large quantity of fuel. Even a 10% increase in the price of fuel can have a significant effect on the cost per hour to fly the aircraft. This, therefore, will impact the overall operating costs of any private jet.

The two main types of Jet Fuel. Jet A and Jet A-1. Both types are produced to a standardized international specification.

Thankfully, as one might suspect from the names, these fuel types are very similar. Aircraft are not restricted to either Jet A or Jet A-1. The primary difference between the Jet A and Jet A-1 is the freezing point.

Jet Fuel Price Per Gallon – How Much Does it Cost?

GlobeAir provide a convenient map that details the price of jet fuel prices per region, allowing you to compare the fuel costs. The fuel that we are interested in for Private Jets is the Jet A fuel. 100LL is the fuel that you would use for a piston aircraft, such as a Cessna 172.

Therefore, when considering the cost to fuel a private jet it is important that we look at the price of Jet A fuel only.

However, the price of jet fuel has changed dramatically since Q2 of 2021. So, let’s update the question for how much it costs to fuel a private jet in 2022.

Updated for Q4 of 2022 the average price of jet fuel from a typical FBO in the United States is currently hovering around $7.50 per gallon.

This, therefore, marks a sizeable increase in the operating cost of a private jet. You can learn all about the cost to own a private jet here.

Note that the price of Jet Fuel will vary from airport to airport. Generally speaking, large international airports will have higher prices than smaller airports.

As you can see, prices are relatively similar in both the US and UK.

Additionally, it is important to consider that these prices do fluctuate regularly. Moreover, in some circumstances, there may be fuel surcharges that will increase the cost.

Fuel burn per hour is measured in Gallons Per Hour (GPH). Calculate the emissions produced by private jets.

While fuel burn is different for different aircraft, we can extract some averages for the class of private jet. Keep in mind that these are just averages.

In order to calculate the cost to fuel a private jet, it is critical to know the amount of fuel each aircraft can carry.

In the world of private jets, fuel is often measured by weight. Therefore, the maximum fuel capacity of aircraft is measured in pounds (lbs). Thankfully we can easily convert Jet Fuel from gallons to lbs with this chart. Additionally, you can use this simple formula to convert lbs of fuel into gallons.

In order to calculate the total fuel capacity of private jets, we will choose a selection. It is important to consider the different costs and fuel capacities of all kinds of jets. From a light jet all the way up to flagship ultra long-range aircraft.

The Total Cost to Fuel a Private Jet

So then, what is the total cost to fuel a private jet?

Now that we have all the figures we can easily calculate how much it costs just in fuel to fly by private jet, along with the total cost of fully filling up a private jet with fuel.

Therefore, the average cost per hour just in fuel is as follows. Note that prices are based off the GlobeAir US average price of Jet A fuel.

However, if we return to the original question of how much does it really cost to fuel a private jet – we get some eye-watering numbers.

If we look at the specific aircraft above, we can get a good idea of the total fuel cost if you fill them to the brim. Please note that it is highly unlikely that these aircraft are ever filled to the maximum on fuel. Again, we shall use the GlobeAir US average fuel price.

The prices to fill a private jet from zero to full is as follows.

Therefore, the cost to fuel a private jet ranges from just over $500 per hour to nearly $2,000 per hour.

The Gulfstream G650ER can fly a maximum distance of 7,500 Nautical Miles without needing to refuel. Therefore, the cost per nautical mile in fuel for a G650ER comes in at $4.60 per Nautical Miles.

So then, what can be concluded for calculating the cost to fuel a private jet?

As we have seen, there are several different factors that will impact the cost to fuel a private jet. Factors such as weight, flight time, aircraft model, number of passengers, if there are two pilots, aircraft weight, and even weather conditions.

However, the general rule of thumb is that larger planes use the most fuel. Larger aircraft carry more fuel, passengers, have bigger engines, all of which result in a great fuel burn figure.