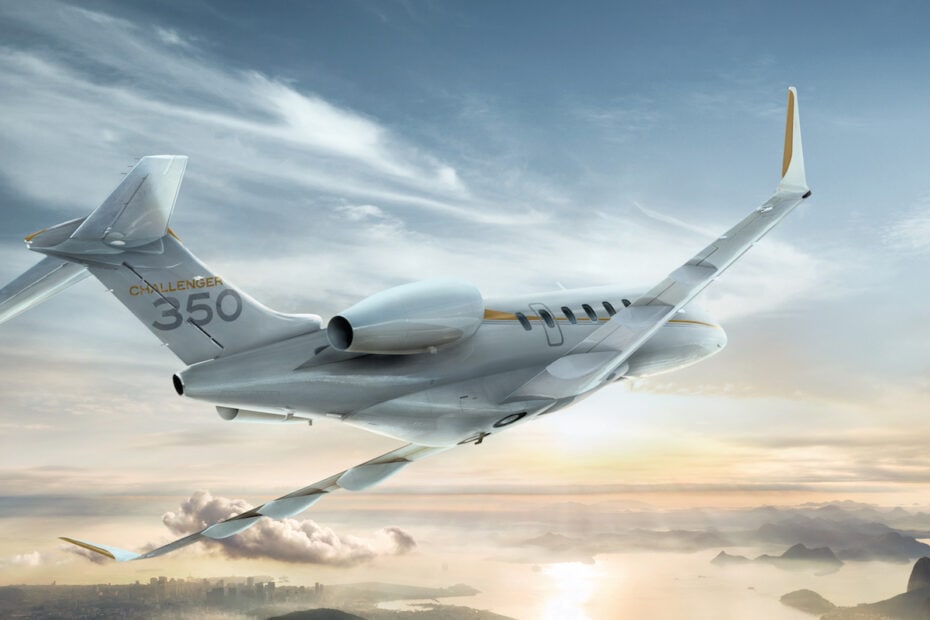 Therefore, an in-depth comparison between the Challenger 350 and Challenger 650 will reveal which aircraft is better suited to your needs.

Starting the comparison between the two aircraft with their performance is an easy way to identify some key differences.

Therefore, right out of the gate the Challenger 650 has more power than its smaller sibling. However, this is not entirely unexpected as the 650 is a larger aircraft overall.

A range of 3,200 nautical miles means that the 350 is still capable of flying non-stop between New York and London. However, the Challenger 650 is able to fly the distance from New York to Rome without issue.

Of course, these figures are when the aircraft is in its optimal configuration and optimal weather conditions. Therefore, if there is a strong wind or you wish to carry multiple passengers, you will likely struggle to completely cross the Atlantic in the 350. Visualize these numbers on this range map.

Next up is the minimum distance required for each aircraft to take off and land. How long a runway do they need. This is an important measurement as the shorter the distances, the more airports each jet can land at.

The results are no surprise. The bigger aircraft requires more distance to take off. The Challenger 650 has a minimum take off distance of 5,640 feet. Whereas the 350 can take off in just 4,835 feet.

Is this a difference that you will notice in the real world? No.

Furthermore, the take off distance required is a more important metric when considering which airports the aircraft can land at. Naturally, the reason for this is that wherever the aircraft lands it must also take off.

The difference in interior dimensions leans in favor of the Challenger 650, but only just. While the 650 is a larger aircraft than the 350, the interior size is remarkably similar.

And finally, the height of each aircraft. Surprisingly the height is identical for both the Challenger 350 and Challenger 650. Both have an interior cabin height of 1.83 meters – equivalent to just over 6 feet. Therefore, both aircraft provide ample space for most people to stand up straight. This makes the cabin feel far more spacious and easier to move around.

As you would expect when comparing the interior of these two aircraft, they are remarkably similar. This is to be expected as not only are both aircraft designed and manufactured by the same company – Bombardier – but they are also part of the same family.

On the other hand the Challenger 650 features an absence of visible speakers in the cabin walls to provide cleaner lines throughout the cabin. All seats are filly reclining and swivel round for maximum comfort. Every component in the aircraft has been hand-built by Bombardier at their factory in Montreal, providing you with an aircraft that is unique in the sky.

The environment within the 650 cabin can be controlled with the mobile app which connects via Bluetooth, controlling the entertainment system and the cabin environment. In the usual configuration passengers can expect to find four facing leather club seats in the forward section of the jet, with an additional four facing seats towards the aft of the aircraft.

As you can probably predict, the larger and faster aircraft, with a greater passenger capacity and range, costs more to purchase. The price difference between the two aircraft is $6 million (list price before options).

The Challenger 350 costs $26 million while the Challenger 650 costs $32 million. If you wish to customize your choice of aircraft then head over to Bombardier’s website.

Of course, there are many factors to consider when purchasing a private jet, not least the ownership costs which can run into the millions of dollars every year.

The answer is neither. They are very similar aircraft. Of course that is not surprising given that they are part of the same family.

However, if you have to choose between the two go with the Challenger 350 unless you require the additional range of the 650. It is unlikely that you will be filling these aircraft to their passenger capacity limits, therefore, the most importance difference between these aircraft is their range.