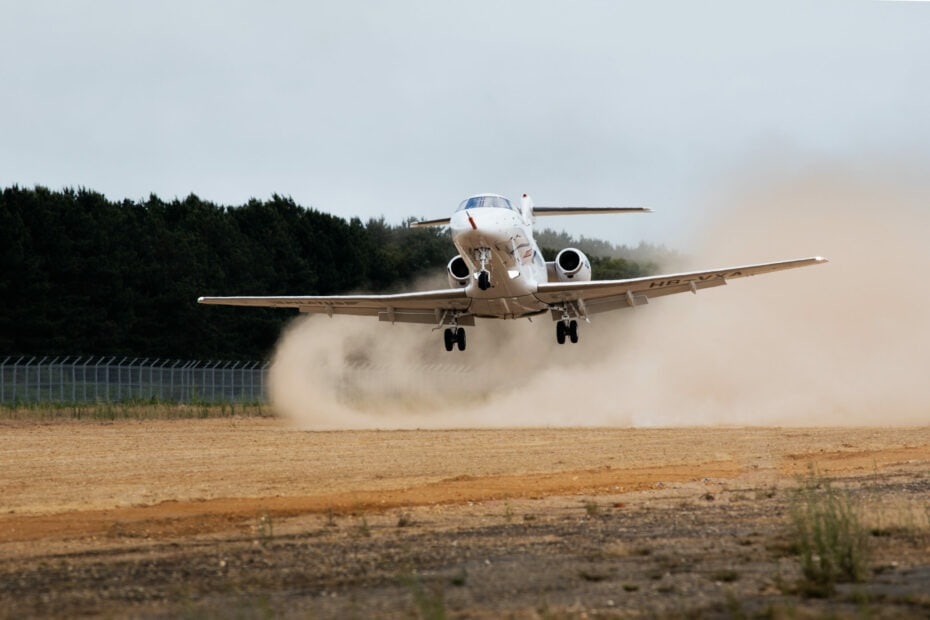 Two pilots is a common sight when flying commercial, but what about flying by private jet – do private jets require two pilots?

The answer to this question is sometimes. However, more often than not, private jets are in the sky with two pilots.

Why Are Two Pilots Required?

The answer to this question is that an aircraft with two pilots is safer.

Safety is always of paramount importance when it comes to aviation. As a result, flying is the safest mode of transport.

Having two qualified people upfront ensures that if one pilot becomes incapacitated, the other is able to safely land the aircraft.

Furthermore, two pilots ensures that the workload within the cockpit can be managed far more efficiently. Fatigue is a real risk within the cockpit. Two pilots reduces the risk of fatigue. When flying a private jet events happen quickly.

This enables an efficient delegation of work upfront. One pilot can fly the aircraft while the other can read charts and communicate with air traffic control.

There are, however, a selection of private jets that can be piloted by just one pilot.

The benefit of this is that if you wish to be an owner/operator, you can fly an aircraft by yourself. Furthermore, if an aircraft has just one pilot, that increases seating capacity by allowing one additional person to comfortably sit upfront.

The largest private jet that can be flown with just one pilot is the Pilatus PC-24. The PC-24 is an exceptional piece of machinery. Not only is it single pilot certified but it is also the most ruggest business jet around.

The PC-24 can just as easily land on dirt and grass runways as traditional tarmac. The aircraft is popular among the Royal Flying Doctor Service of Australia. The PC-24 is a go-anywhere, versatile, midsize, single pilot certified business jet.

As a general rule of thumb, Very Light Jets (VLJs) and Light Jets are certified for single pilot operation. These aircraft can fly up to 2,000 Nautical Miles with up to approximately eight passengers. The exception to this rule is the Pilatus PC-24 as mentioned.

The following aircraft are all certified for single pilot operation:

With the exception of the aircraft above, private jets will require at least two pilots for a safe operation. Additionally, not only are the cockpits built around having two pilots, the law requires two pilots. Therefore, unless aircraft are specially certified for single pilot operation (see aircraft above), assume that two pilots are required.

The reason for this is the previously mentioned reason – safety. Private jets are large, complex machines. The aircraft need to negotiate busy airspace. Private jets are quick, with some getting close to the speed of sound (e.g. Gulfstream G700, Bombardier Global 7500).

Therefore, two pilots are required in order to safely fly the aircraft. New technology such as synthetic vision and digital checklists help to reduce overall workload. However, for the time being at least, two pilots are a necessity.

In some cases a third pilot may even be required. These cases are when the flight is especially long. Think London to New York or Los Angeles to Tokyo.

Due to the number of hours that a pilot can work in a day to prevent the adverse affects of fatigue, a relief pilot will be required. This enables at least one pilot at a time to be resting.

On large jets, this can be achieved through a dedicated crew rest area at the front of the aircraft.

The Federal Aviation Administration (FAA), have strict rules to protect the public. These rules dictate that in the majority of circumstances when a private jet is being rented out that two pilots are upfront.

In some cases a charter operator may be able to get away with just one pilot flying. However, while this may be allowed by the law, reputable charter companies will not do this.

Of course, this is a great way to cut back costs and undercut competitors when chartering. However, it is not as safe as having two pilots upfront.

Therefore, as mentioned, any reputable charter broker will insist that the operator has two pilots upfront. This applies even if the jet is certified for single pilot operation.