How Much Fuel Do Private Jets Burn Per Hour? 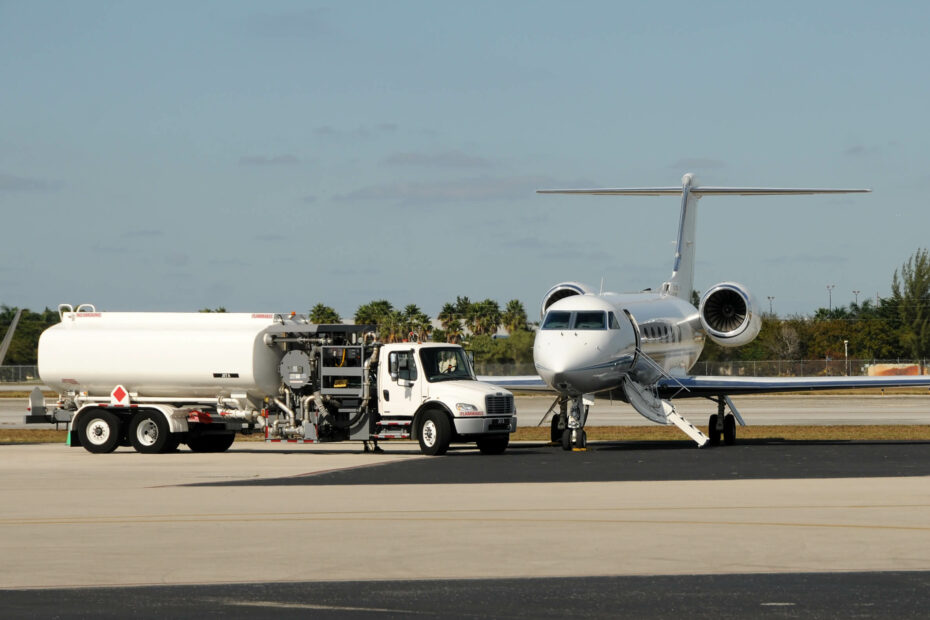 When it comes to flying by private jet, one of the largest costs is the fuel. Therefore, it is important to consider each aircrafts hourly fuel burn.

The hourly cost of fuel for a private jet can range from around $500 per hour to nearly $2,000 per hour. Of course, the larger the aircraft the greater the burn.

However, in this article discussing how much it costs to fuel a private jet, the values provided are all averages for aircraft categories.

Therefore, what are the figures for specific aircraft?

Below is a graph detailing the average hourly fuel burn for all private jets.

These aircraft range from converted airliners, such as the Embraer Lineage 1000E, to the smallest jet powered aircraft, the Cirrus Vision Jet.

The aircraft listed below date back to 1967, the year that deliveries of the Gulfstream GII began. Additionally, included in this data set are two of the newest aircraft, the Dassault Falcon 6X and Gulfstream G700.

Note that all figures are the hourly fuel burn during the cruise. Additionally, all units are in Gallons per Hour.

Zooming in on each category of aircraft allows for a more in-depth comparison between aircraft.

However, at the other end of the large aircraft spectrum we have the Dassault Falcon 50. Despite being an aircraft from the 1980s, the Falcon 50 has an average hourly fuel burn of 229 Gallons per Hour. This results in an hourly fuel cost of $1,145.

The midsize aircraft that burns the most fuel per hour is the Hawker 800XP. The average hourly burn of the 800XP is 291 Gallons per Hour. At an average fuel price of $5 per gallon, the Hawker 800XP will cost $1,455 per flight hour in fuel costs.

The Hawker 800XP is an aircraft that was originally developed and manufactured in the mid 1990s. Since then, midsize aircraft have got more fuel efficienct.

On the lowest end of the hourly fuel burn among midsize aircraft, we have the Pilatus PC-24. The PC-24 is an impressive aircraft in many ways. Not only is it the first private jet manufactured by Pilatus, but it is extremely versatile. This is most notable in its ability to land on grass and dirt runways. A feature that is unique in the world of private jets.

However, the Pilatus PC-24 excels in more ways than one. A low hourly figure is one of its many strengths. The average hourly fuel burn of the Pilatus PC-24 is just 160 Gallons per Hour. Therefore, at an average fuel price of $5 per gallon, the PC-24 will cost just $800 per flight hour. This is an extremely reasonable cost for such as large, capable aircraft.

The average hourly value for the Citation III is 241 Gallons per Hour, resulting in an estimated hourly fuel cost of $1,205.

On the opposite end of the spectrum we have the Cessna Citation CJ1+. The CJ1+, on average, burns just 132 Gallons of fuel per hour. Therefore, the estimated hourly cost of fuel when flying the Citation CJ1+ is just $660.

And finally, the smallest jet aircrafts on the market, the VLJs (Very Light Jets). Its important to note that there is a considerable difference in size within the VLJ aircraft category.

For example, on the largest end of the spectrum, you have the Cessna Citation M2. An aircraft that can, officially, carry up to 6 passengers, cruise at 404 knots at 41,000 feet. The M2 is right on the cusp of becoming a light jet.

And then, way down at the smallest end of the spectrum, we have the Cirrus Vision Jet. An aircraft with just one jet engine and no toilet. Officially, the Vision Jet can carry up to five passengers. However, in the real world, it will most likely only ever carry two at a time. Additionally, the Vision Jet has a maximum cruise speed of just 311 knots and a maximum altitude of 31,000 feet.

If we assume that a gallon of Jet-A fuel costs $5, the M2 will cost $600 per hour in fuel. A figure that is very close to the most fuel efficient light jets.

On the other hand, the Cirrus will cost just $250 per hour in fuel.

Please note that the figures presented above are the average volume of fuel that these aircraft burn per hour. There are many factors that can and do affect the amount of fuel that a private jet burns.

The following factors will all impact the fuel efficiency of aircraft:

So, in conclusion, private jets will burn anywhere from 50 gallons of fuel per hour, all the way up to 626 gallons per hour.

Of course, keep in mind that these figures are based on the average fuel consumption. Therefore, if you were to look at the burn during take-off and climbing, these figures would be much larger.

If you are interested to see whether private jets have become more fuel efficient over the past 50 years, then check out this article.