How Common Are Private Jets? 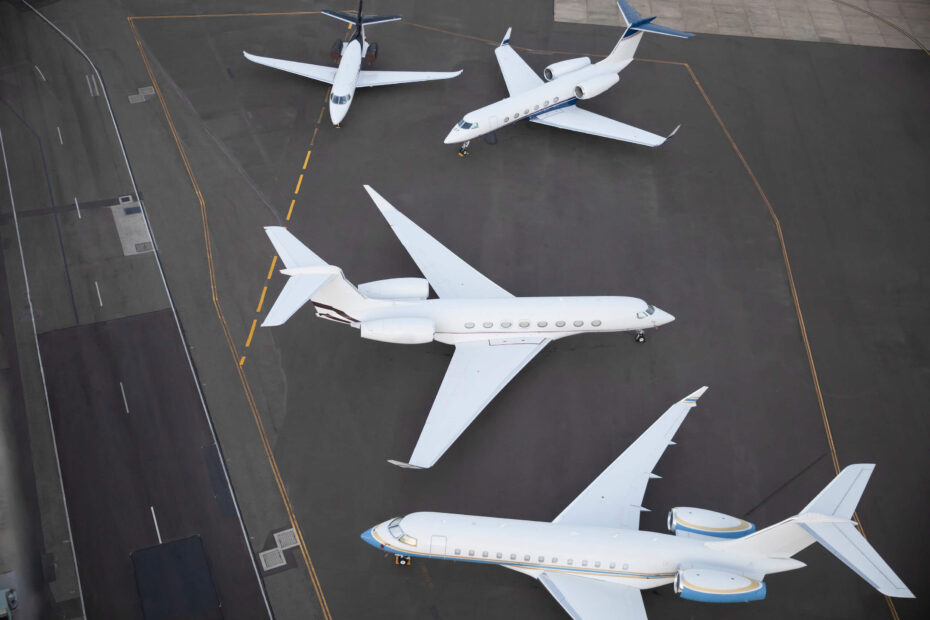 For a variety of reasons, both charter and ownership demand is soaring. However, due to the excess demand cracks are starting to emerge. The primary form of those cracks is a lack of aircraft.

Therefore, how common are private jets? How many are there around the world? Which models are the most popular? How often do private jets fly? And how does all of this compare with commercial aviation?

How many private jets fly per day? Additionally, how has this changed over the past two years?

Firstly, the number of flights per day. Naturally, there are fluctuations in figures depending on the day of the week and the month of the year.

However, as mentioned, 2021 is seeing a significant increase in demand over 2019. Of course, 2019 is the last “normal” year on the books. Due to Covid, 2020 is regarded as an abnormal year for the aviation industry.

However, in the first quarter of 2020, demand levels were exceeding both 2019 and 2021 levels. From January to mid-March, 2020 daily flights were consistently around 10% greater than the levels recorded in 2019.

The second most popular region for private jet flights is tied between international US flights and domestic European flights.

Out of the remaining 20% of private jet flights, some of these take place between EU countries and the UK. Some are domestic within each European country.

However, at most, these individual regions will be looking at around 5% of all private jets flights.

As you would expect, there are far more commercial flights than private jet flights.

However, unlike the private jet market, commercial flights are significantly down compared with 2019 levels.

As a percentage, there are on average 22% fewer commercial aviation flights in 2021 compared with 2019.

However, even at the current 2021 levels, there are around 8 times as many daily flights compared with private jets.

On average there are around 80,000 commercial aviation flights every single day (October 2021). Moreover, in 2019 there were, on average, just under 110,000 global commercial flights per day.

Of course, at the start of the year, there were far fewer commercial flights. February was the low point of the year, seeing around 50,000 flights per day. This number is half of the daily figures during 2019.

While it is hardly a surprise that there are more commercial flights than private jet flights, the regional breakdown is surprising.

While around 60% of all private jet flights are domestic within the United States, only 30% of all commercial flights are.

Moreover, there is no longer a tie between US international flights and ‘domestic’ European flights. Flights within Continental Europe far exceed those of international US flights.

This means that while 80% of all private jet flights involved the US and Europe, only 55% of commercial flights do.

Therefore, what regions contribute to the other 45% of commercial flights?

Domestic flights within China make up around 12% – 15% of all global commercial flights.

In comparison, domestic private jet flights in China represent less than 0.01% of all global flights.

In total, there are around 22,000 private jet aircraft in operation around the world. However, as you would expect, the majority of these aircraft are based in the United States.

There are just over 920 Pilatus PC-12 NG aircraft currently in service.

Please refer to the table below to see the current figures for in-service private jets.

Generally speaking, the most common aircraft are on the smaller end of the scale – such as the Phenom 300 (light jet) and Cessna Citation Mustang (VLJ).

Additionally, the aircraft that are more common are generally older. Of course, this is hardly surprising given that they have had longer production runs so there is more time to build aircraft.

Given the complexities of any aircraft, it takes a significant amount of time to construct a private jet. However, the number of aircraft produced per year is still extremely impressive.

For example, the production life of the Gulfstream G550 was 18 years. Therefore, Gulfstream was building, on average, 35 G550 jets per year.

Of course, please note that not all these aircraft are used for charter or VIP travel. For example, many private jets are used as air ambulances (see Royal Flying Doctor Service) or as military aircraft.

Surprisingly, despite the fact that there are around 8 to 10 times as many commercial flights then private jet flights, the global fleet size isn’t much bigger.

Globally, there are around 26,000 commercial aircraft. This isn’t much more than the estimated 22,000 private jets around the world.

However, a key difference is the number of individual models of aircraft. With commercial aircraft, there is far more dominance of a few manufacturers and a few models.

For example, worldwide, there are around 6,500 Boeing 737 aircraft in service (over 9,000 have ever been delivered). This means that the Boeing 737 makes up around 25% of all in-service commercial aircraft.

Additionally, there are more than 5,000 Airbus A320 family aircraft currently in-service.

Not only does this highlight the dominance of just a select few aircraft models, but it also follows that smaller, domestic aircraft are the most popular. For example, one of the most popular long-haul aircraft is the Boeing 777. However, just over 800 have been delivered. This figure is considerably smaller than the 737 and A320 models.

Additionally, as expected when discussing the regional distribution of commercial flights, the majority of commercial aircraft are based in the US and Asia.

Please refer to the table below to see the 2019 commercial fleet distribution by continent.

While there are fewer private jets compared with commercial aircraft, the figures suggest that you would be seeing them more regularly. Therefore, where are all these private jets? And where are they flying between?

Typically, private jets don’t use the usual commercial airports. Of course, there are some cases where the airport that an airline uses will be the most convenient one.

However, in many cases, private jets fly from smaller airports. Not only is there less traffic, but smaller airports are also usually closer to the final destination. Therefore, overall travel time is reduced. And, after all, this is the critical benefit of flying by private jet.

For example, London has a variety of airports to use, both for commercial flights and private jets. However, there are only a few points of overlap. For example, private jets will almost never fly in or out of Heathrow or Gatwick. However, they will fly from Stansted, Luton, and London City.

Conversely, private jets operate from Farnborough, Biggin Hill, and RAF Northolt. However, commercial aircraft will not operate from these airports.

Sign up for premium today and browse over 8,000 airports globally.

Therefore, the reason that you are unlikely to run into a private jet when flying commercially is due to the aircraft being at a completely different airport (see Los Angeles to Las Vegas by private jet).

Private jet in-service figures have been compiled from the number of aircraft that are registered around the world.

So, how common are private jets?

Obviously, compared with commercial aircraft, not very common. At the moment commercial figures are lower than “normal” and private jet figures are well above “normal”.

Therefore, the gap between the two has shrunk. However, it is safe to assume that around 10% of all flights will be private jet flights. However, in many cases, these will likely be empty legs.

Moreover, despite the fact that there are around 8 times as many commercial flights as private jet flights, the fleet size is only marginally larger.