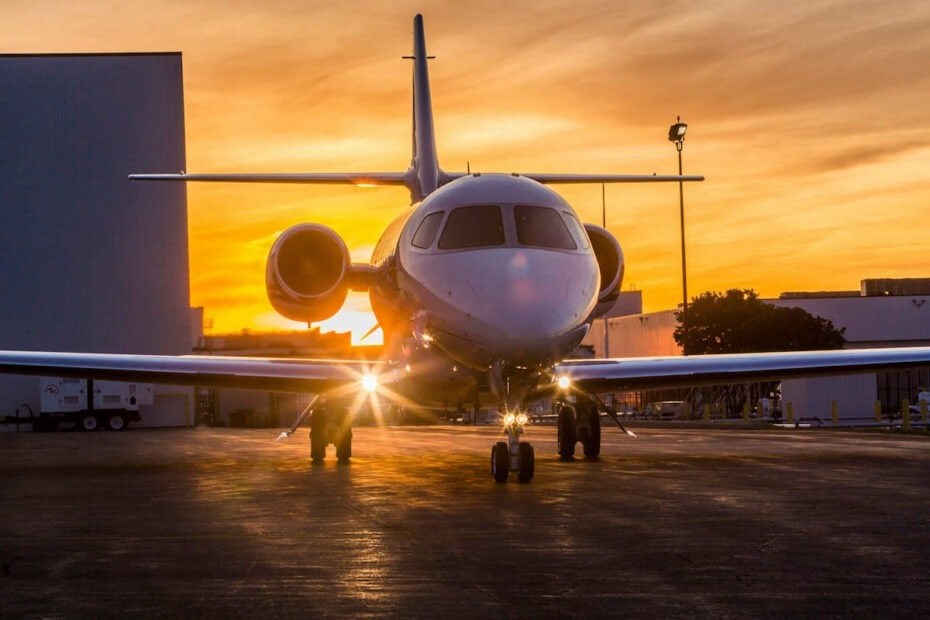 Furthermore, the Cessna Citation Longitude is the largest and fastest aircraft that Cessna currently manufacture. It is also the jet with the longest range of any Cessna Citation that is currently in production.

Therefore, in this comparison between the Latitude and Longitude we shall identify their similarities and differences to assist you in deciding which one is right for you.

Firstly, let’s look at the performance data of each aircraft.

The Cessna Citation Latitude is powered by two Pratt & Whitney Canada PW306D1 engines. Each engine is capable of producing up to 5,907 lbs of thrust each. This results in a combined thrust output of 11,814 lbs.

The Cessna Citation Longitude, on the other hand, is powered by two Honeywell HTF7700L engines. Each engine produces up to 7,665 lbs of thrust. Therefore, the total thrust output is 15,330 lbs.

Both aircraft are capable of cruising at a maximum altitude of 45,000 feet – the same as many other aircraft within the super-midsize / large jet category. For example the Bombardier Challenger 350 (see the Challenger 350 compared with the Longitude or the Latitude).

Over a 1,000 nautical mile distance this results in the Longitude being just over 8 minutes quicker. While this time saving may seem minor, over the course of many flights it can add up to some significant time savings.

Furthermore, less time in the air will result in more flights between maintenance.

The trend of the larger Longitude beating out the Latitude continues when comparing the range of the two aircraft.

As a result of this difference in range, the Cessna Citation Longitude can comfortably cross the Atlantic, whereas the Latitude cannot.

For example, the Cessna Citation Longitude can fly non-stop from New York to London. If you wished to complete this route using the Latitude, you would have to detour North and refuel in order to complete the trip.

Given that the Longitude is a larger aircraft with a greater range than the Latitude, it is to be expected that its ground performance is worse. However, the difference between the minimum landing and take off distance is stark.

While the Latitude has a minimum take off distance of 3,580 feet, the Longitude requires at least 4,900 feet to get in the sky.

The trend continues when looking at the minimum landing distance of each aircraft. The Latitude can land in a minimum of 2,480 feet while the Longitude requires at least 3,400 feet.

In the real world, it is possible that there will be a scenario where the Latitude can operate at an airport that the Longitude can’t. Depending on the type of airport that you are planning on using, this is an important consideration to make if the runways are short.

Looking at the dimensions of the cabins of each aircraft highly how similar these aircraft are. The only difference is length.

The Longitude is just over 1 meter longer – 7.67 meters to 6.63 meters. However, cabin width and height are identical. Both aircraft measure 1.96 meters wide and 1.83 meters tall.

Therefore, if you are flying by yourself on one of these aircraft, one aircraft will not feel more spacious than the other. Rather the added length of the Longitude allow for the passenger capacity to increase from 9 to 12.

The interiors of both aircraft are remarkably similar. Of course, this is not surprising given that they from the same family and share the same platform.

Therefore, both aircraft offer plenty of space with a flat floor. Both aircraft also have a maximum cabin altitude of 5,950 feet. Given the mission profile of these aircraft, that is a very impressive number. This is a lower cabin altitude than aircraft like the Bombardier Challenger 650, Embraer Lineage 1000E, and Dassault Falcon 2000S.

Starting from the front and working backwards, the Latitude features a fully electric door. The electric door is large and easy to climb up. As a result, getting in and out of the aircraft is extremely easy.

Cessna has provided passengers on the Latitude with the ability to stay connected during the flight. A state-of-the-art cabin management system allows customers to control the cabin from the comfort of their own seat. Furthermore, the wireless cabin management comes as standard and allows for access to digital media, moving maps, and satellite radio.

The rear of the cabin features a spacious and customizable lavatory. According to Cessna, the rear lavatory is 60 percent larger than its closest competitor. Cessna describe the lavatory as “exceptionally spacious”.

As a result of being Cessna’s newest jet, it has all the latest interior technology. For example, Cessna have implemented a fully wireless cabin management system that puts you in control of the cabin from every seat. The cabin management system allows passengers to control the lighting, temperature, and communications from their own device.

In its standard configuration, the Longitude features a double club seating configuration. According to Cessna, this provides 20% more legroom than the competition. All seats can convert to fully lie-flat beds for longer flights.

At the front of the cabin, you will find a sizeable wet galley. This provides plenty of space to prepare food for the flight. No matter what time of day you are flying you will be able to have an elegant meal made for you.

In terms of air, the Longitude features a partial re-circulation system. This system reuses a percentage of air from the cabin while also relying on fresh air to fill the cabin.

Normally it is impossible to access luggage during flight. However, the Longitude has a large walk-in baggage compartment. This compartment is accessible throughout the entire flight without restriction. Up to 1,000 lbs (453 Kg) can be stored in the compartment.

When it comes to chartering these aircraft the hourly prices are very reasonable. However, please note that there are a number of factors that will influence the charter price of a private jet.

Somewhat surprisingly there is a significant difference between the purchase price of these aircraft.

On the pre-owned market, the Latitude holds its value well. A three-year-old example is estimated to cost around $13 million. Therefore, after three years of ownership, the Latitude retains just over 70% of its original value. This is very respectable, especially when compared with the Bombardier Challenger 350.

When comparing the Latitude with the Longitude it is hard to say which is better.

Ultimately it comes down to each individual mission. The key benefit of the Longitude is the increased range and higher cruise speed. Additionally, a slightly longer cabin may be beneficial for some customers.

However, given that both aircraft share the same platform, if your mission is within the range capabilities of the Latitude that’s the aircraft to go for.

As a result, Cessna have done a fantastic job at arranging their aircraft lineup. The Latitude and Longitude are perfectly positioned aircraft. The pricing is clear and well structured.

If you want to cross the Atlantic then you can upgrade to the Longitude and feel right at home.

This is a very different approach to the Dassault Falcon X series of aircraft. See a comparison between the Falcon 6X, 7X and 8X here.