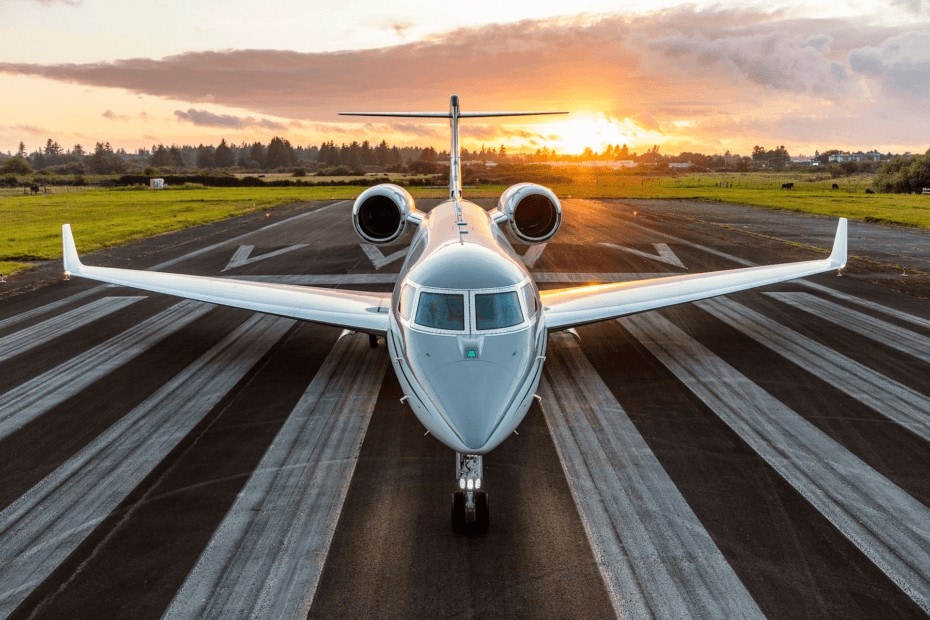 The Gulfstream 500 and Gulfstream G600 are two of the latest aircraft from the Georgia based manufacturer.

Both aircraft can cruise close to the speed of sound. Both aircraft will transport up to 19 passengers in ultimate luxury.

However, what is the difference between these two aircraft? Which one should you choose?

On the other hand, the Gulfstream G600 is powered by two Pratt & Whitney PW815GA engines. Each engine is capable of outputting up to 15,680 lbs of thrust. Therefore, the combined thrust output comes to 31,360 lbs.

The 516 knot cruise speed of both aircraft translates to Mach 0.90. For reference, Mach 1 is the speed of sound. As a result, the cruise speed of the Gulfstream G500 and G600 cement their place as some of the fastest business jets ever.

Their difference in range is enough to highlight the differences between these aircraft.

Use this range tool to visualize this distance on a map.

Taking these numbers at face value, the G500 is able to fly non-stop from New York to Cairo, Egypt.

Whereas the Gulfstream G600 is able to fly non-stop from New York to Dubai.

Factor in a strong headwind and the range of all aircraft will decrease significantly. However, even if these aircraft don’t achieve the stated range figures, the G600 will always be able to fly further than the G500 with all things being equal.

As is nearly always the case, the larger aircraft has a greater minimum take off distance than the smaller aircraft. However, the difference in numbers is relatively minor.

This difference is very similar to the difference between the G600 and G650.

Furthermore, the difference between the minimum take off distance of these aircraft is so slight that it is unlikely there is an airport that the G500 can fly to but the G600 can’t.

Therefore, runway length limitations should not be of concern when deciding between these two aircraft.

As to be expected, the Gulfstream G600 has a slightly larger cabin than the G500, but only in one measurement. The G600 is slightly longer than the G500.

Other than length, the width and height of both aircraft are identical.

And, like most modern Gulfstream aircraft, both aircraft can carry up to 19 passengers. However, it is unlikely that either of these aircraft will ever fly with 100% of the seats filled.

Furthermore, it is unlikely that any customer will customize these aircraft to accommodate the full 19 passengers.

Additionally, both the Gulfstream G500 and Gulfstream G600 are able carry up to 175 cubic feet of baggage.

Given that these aircraft are both made by the same manufacturer, the interiors are extremely similar. Of course, this is a good thing. Gulfstream makes some of the best private jet interiors in the world.

Additionally, both the G500 and G600 share the same platform, and, as a result, the interiors of these aircraft is even more similar than usual.

For example, both aircraft have a maximum cabin altitude of 4,850 feet when cruising at 51,000 feet. While this isn’t the lowest cabin altitude in the industry (see Gulfstream G650 and G650ER), it’s lower than most other aircraft.

The benefit of a lower cabin altitude is a more pleasant cabin environment and reduced effects of jet lag.

100% fresh air, a maximum cabin altitude of 4,850 feet and a cabin noise level of 50 decibels provides a peaceful environment. This environment is lit by fourteen signature Gulfstream oval windows. Combined, these windows provide an abundance of natural light and sweeping views of the world below. Adding these factors together ensure that you arrive at your destination refreshed and with minimal jet lag.

Gulfstream’s Cabin Management System allows passengers to control lighting, temperature, and media right from their seats. The seats are able to be converted to lie-flat beds. Therefore, the G500 is a great space to work, dine and relax.

The G600 interior is designed for passengers to relax, work and dine in. The G600 has been designed by Gulfstream to “be the quietest [cabin] in business aviation”. This is hardly surprising as the whole Gulfstream family of aircraft has exceptionally quiet cabins. Additionally, the G600 features Gulfstream’s classic 100% fresh air system. Combine this with the low cabin altitude will ensure that you arrive at your destination refreshed.

Furthermore, Gulfstream has been able to fit in fourteen signature Gulfstream oval windows. These windows are “the largest in business aviation” and drown the interior in natural light. The size and placement of the windows also offer all passengers a fantastic view of the world below.

The G600 is so luxuriously appointed that it has even been awarded the International Yacht & Aviation Design Award.

The charter price of these aircraft is relatively similar. Of course, there are many factors that can influence the price of a private jet charter. Therefore, these prices are estimates only.

This trend continues when looking at the purchase price of these two aircraft.

Much like when comparing the Gulfstream G600 with the G650, it’s almost impossible to say which aircraft is better.

Of course, Gulfstream have done this intentionally. The aircraft have been designed in order to fit every need.

Ultimately it comes down to the mission at hand. If the G500 can complete your mission then that’s the best choice. If not, then the Gulfstream G600 is the aircraft to choose.