How Much Does it Cost to Charter a Private Jet? 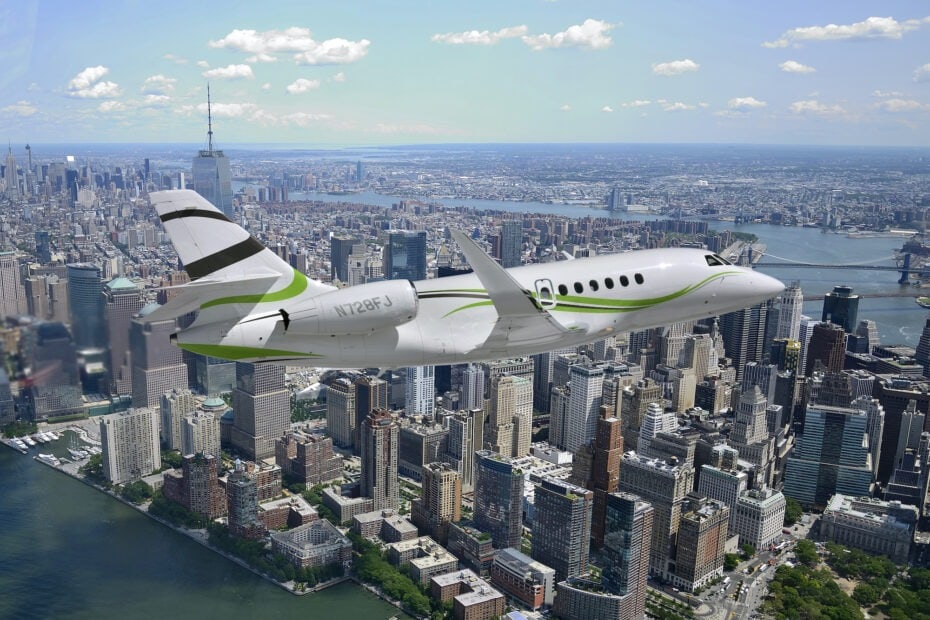 One of the most common questions asked by first-time private jet flyers is the cost to charter an aircraft.

Of course, this is understandable given that while there are numerous benefits to flying by private jet, price is not one of them.

However, not all private jets are created equal. And, therefore, all private jets carry different charter rates. Furthermore, one of the easiest ways to compare the cost to charter a private jet is the hourly rate of each aircraft.

This, therefore, results in as close to a level playing field as possible. Naturally, however, there are numerous factors that can and do influence the cost to charter a private jet. Therefore, please keep in mind that the following figures are estimates only. Additionally, all prices mentioned are in USD.

Here we have the estimated hourly charter rate for all private jets from all categories. All prices are in USD.

As you can see, the most expensive jet to charter is the Bombardier Global 7500 with an estimated hourly rate of $15,900 per hour. This is not a surprise given that the Global 7500 is one of the newest jets to hit the market. Moreover, it is one of the largest and most advanced private jets ever created. This is especially true given its impressive range of 7,700 nautical miles.

Following a close second is the Gulfstream G700. Another one of the latest aircraft to be announced and enter demonstrations (the other being the Dassault Falcon 10X).

The estimated hourly charter price for the Gulfstream G700 comes in at $13,000. However, given that the level of comfort and technology on this aircraft is next generation, this price tag is hardly surprising. Moreover, it is well justified.

Following on from these two aircraft we see a steady decrease in hourly price. At the cheapest end of the scale, we have the Eclipse 500 with an estimated hourly charter rate of $1,700.

However, while the primary purpose of the Eclipse 500 was for short 40 minute hops, short flights like this will likely cost more than $1,700. This will be due to short leg fees.

In between these two extremes (the Global 7500 to the Eclipse 500), there is a common trend. The smaller the aircraft gets the lower the cost per hour and vice versa for large aircraft.

Looking at just large aircraft we once again see the most expensive aircraft to charter.

Here we have the previously mentioned Bombardier Global 7500 and Gulfstream G700 at the most expensive end of the spectrum.

Some notable mentions are the Embraer Lineage 1000E with an estimated hourly charter rate of $11,000. In many ways, this represents excellent value given that it is a converted airliner. The Lineage 1000E is often classed as a Head of State aircraft and a VIP airliner.

However, the same trend emerges within the large category of aircraft as with all private jets.

When comparing the largest large private jets with the smaller large category aircraft this, typically, applies to all aspects.

At the top end, with aircraft such as the Falcon 8X, G700, and Global 7500, the aircraft have larger cabins, can carry more passengers, more baggage, and fly further.

However, at the smaller end of the scale, with aircraft such as the Citation Longitude and Challenger 350, the aircraft have smaller cabins and can’t fly as far.

However, there is one exception to this rule. That is the Gulfstream G200 with an estimated hourly charter rate of $9,000.

Below this, all other midsize aircraft sit within $2,000 of each other. Estimated hourly charter prices range from $2,750 for the Cessna Citation V and go up to $4,750 for the Hawker 800XPi.

Moreover, the age of aircraft is not an important factor when it comes to the estimated hourly charter price.

In terms of age, deliveries of the XLS+ began in 2008 while deliveries of the Falcon 200 ran from 1983 – 1991. Meanwhile, the figures are relatively similar for each aircraft. Both aircraft can carry up to nine passengers and both can fly non-stop for just over 2,000 nautical miles.

When it comes to light jets, the price gap narrows even further.

Here there is only a $2,000 difference in the estimated hourly flight cost between the most expensive and least expensive private jet.

Both aircraft are relatively modern, albeit the previous generation of aircraft.

However, the reason behind the price difference is clear when comparing the two aircraft.

The Learjet 45XR can cruise up to 10,000 feet higher than the CJ1. It can carry more passengers, fly further, and had an original purchase price of around 3 times that of the Cessna.

Apart from these two aircraft most light jets are within the middle of the pack. However, this is the first time that we start to see the clear influence of aircraft age.

While it is not as clear as newer aircraft costing more, on the whole, newer light jets do cost more to charter than their older competition.

Looking at the figures for Very Light Jets always produces more stark figures than one might first expect.

It is often thought that because these are the smallest jets on the market that there isn’t much room for differentiation. However, this couldn’t be further from reality.

At the top end of the spectrum, there is the Cessna Citation Mustang – which is perhaps the most popular very light jet – with an estimated hourly rate of $3,500.

For context, this is as expensive as many light jets on the market.

At the least expensive end of the spectrum, there is the Eclipse 500 with an estimated hourly rate of $1,700.

The eclipse 500 is just able to undercut the Cirrus Vision Jet, which has an estimated hourly charter price of $1,900. In some ways, this is surprising given that the Eclipse 500 has twice as many engines as the Vision Jet.

However, this is clearly a testament to how fuel-efficient the Eclipse 500 is. This is an important point as fuel is one of the major costs when it comes to operating any aircraft.

Of course, there are a variety of factors that will affect the real-world hourly charter rate of any aircraft. This, therefore, is the reason that all the above figures are general estimates.

Here are just some factors that will influence the cost to charter a private jet:

You can learn more about what each factor means here, along with how big an impact it has on the overall cost.

So, what conclusions can be drawn from this analysis?

Firstly, perhaps the biggest impact on the estimated hourly charter cost is the size of the aircraft. Of course, there are some exceptions to this rule.

However, in the majority of cases that we have looked at the larger the aircraft the more expensive it is. Typically, this is because of all the baggage that comes with a larger aircraft.

Traditionally, the larger the aircraft the further it can fly, the more passengers it can carry, and, therefore, the more fuel it burns.

Secondly, in most cases, the age of the aircraft model is not as important as one may first think. In terms of individual charters, yes, age will make a difference. However, this is typically true if you were to, for example, be comparing a two-year-old Cessna Citation XLS+ with a five-year-old example.