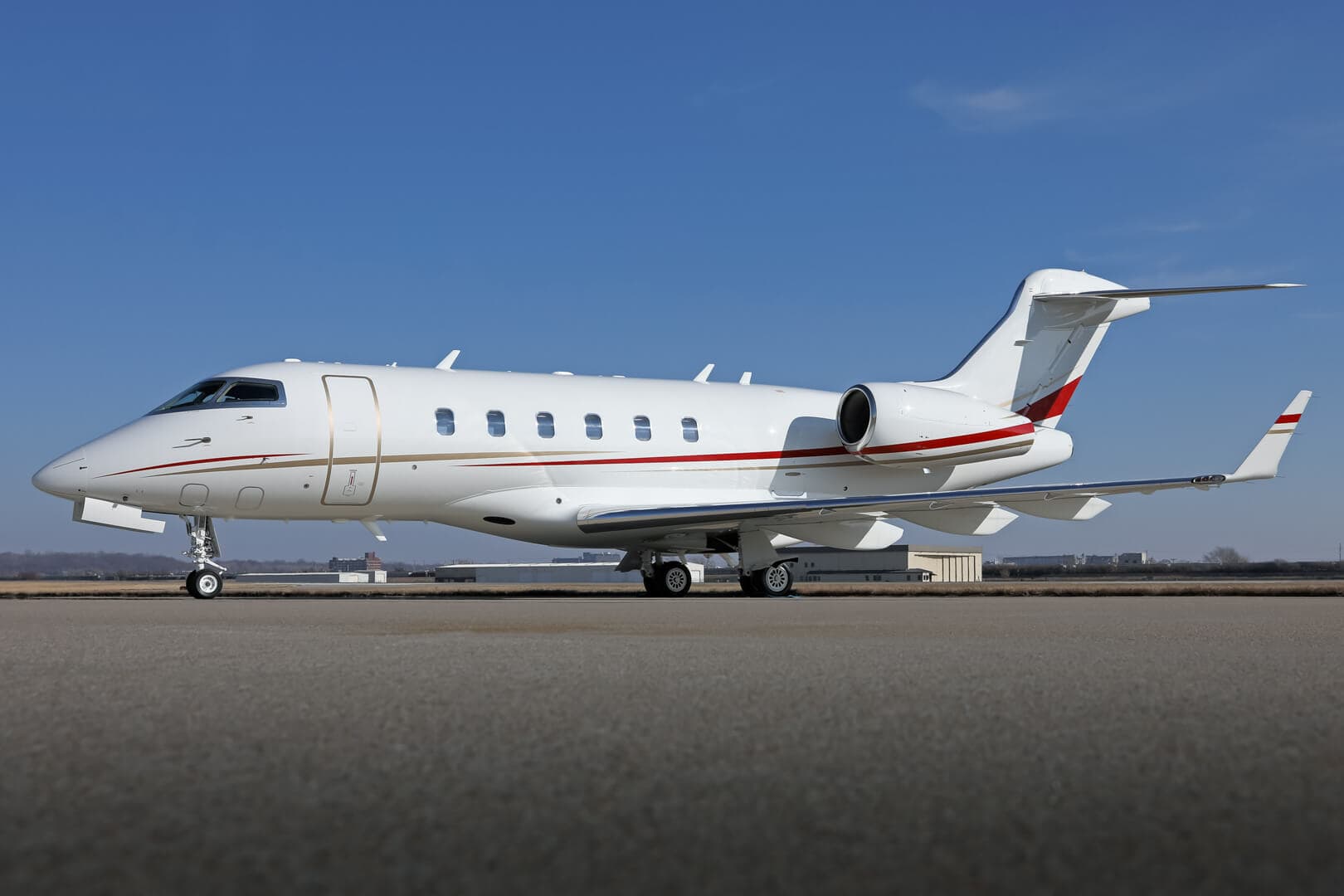 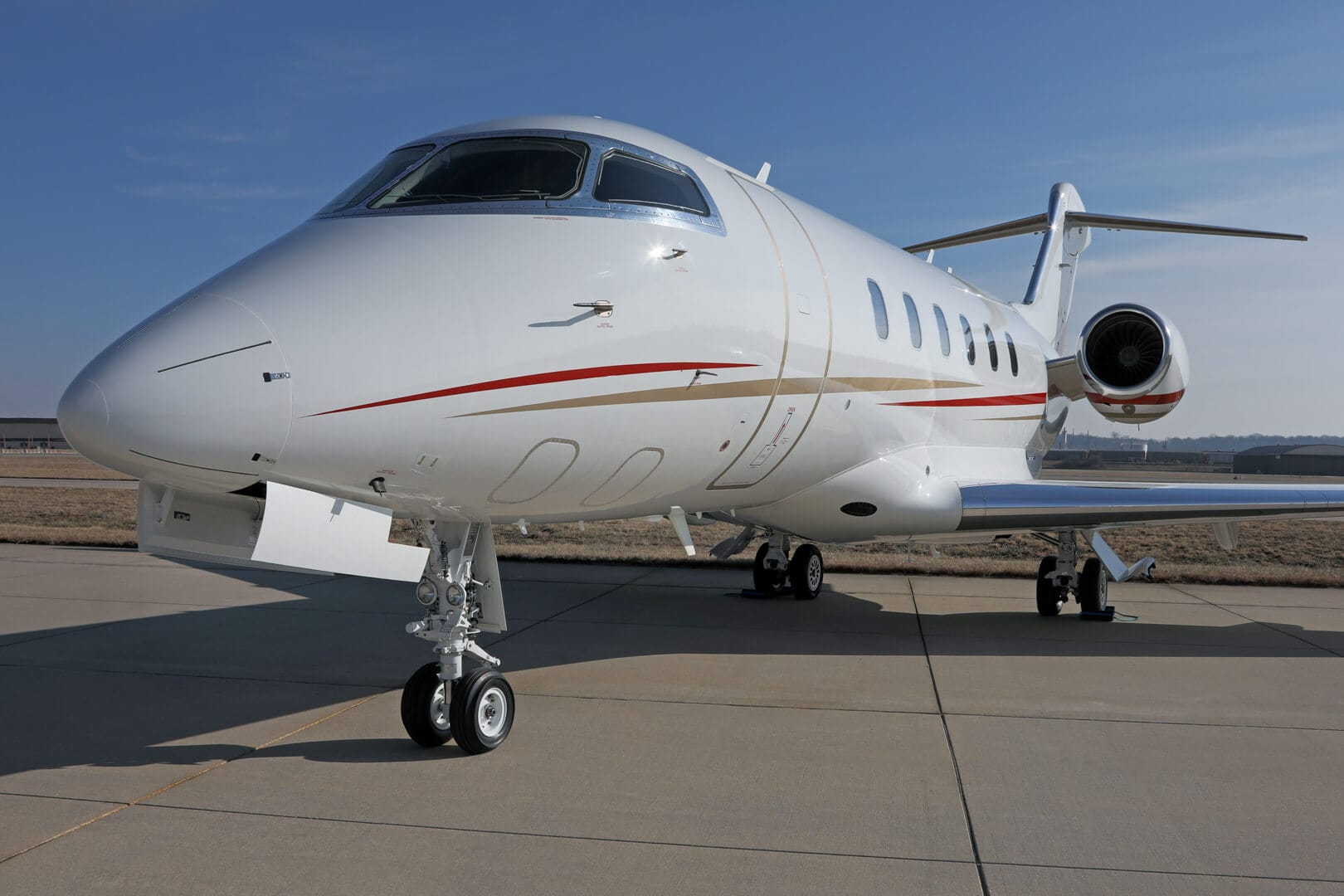 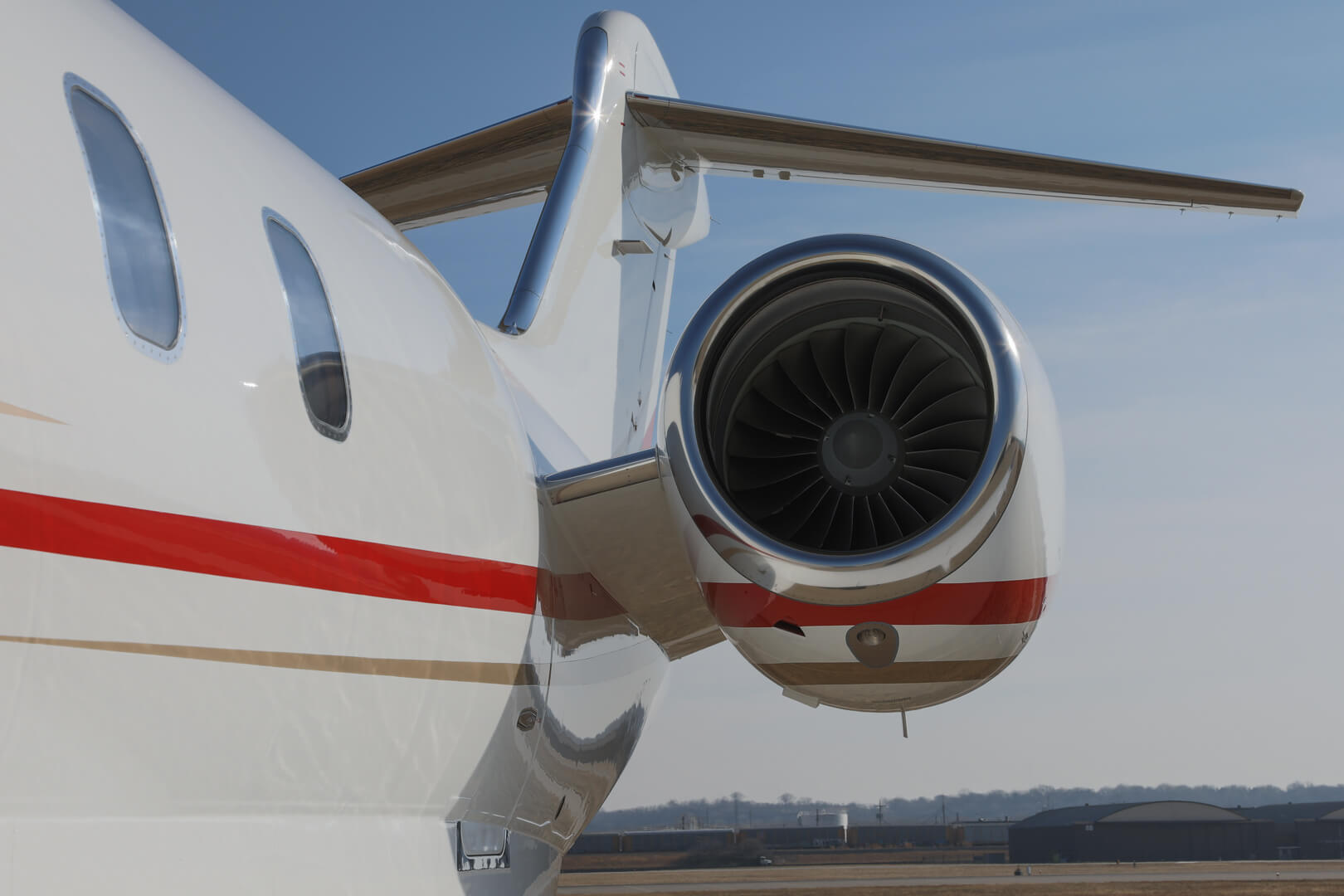 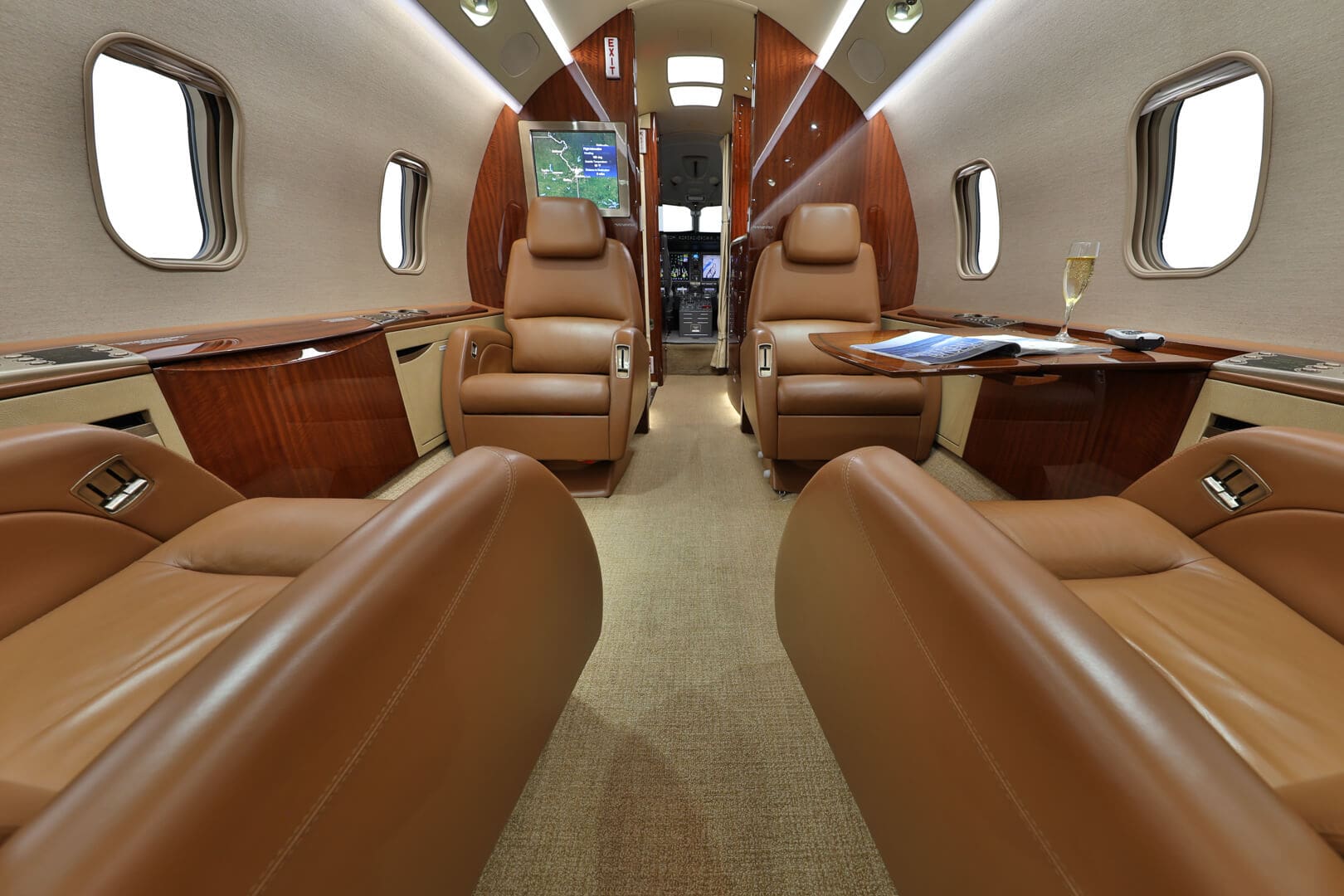 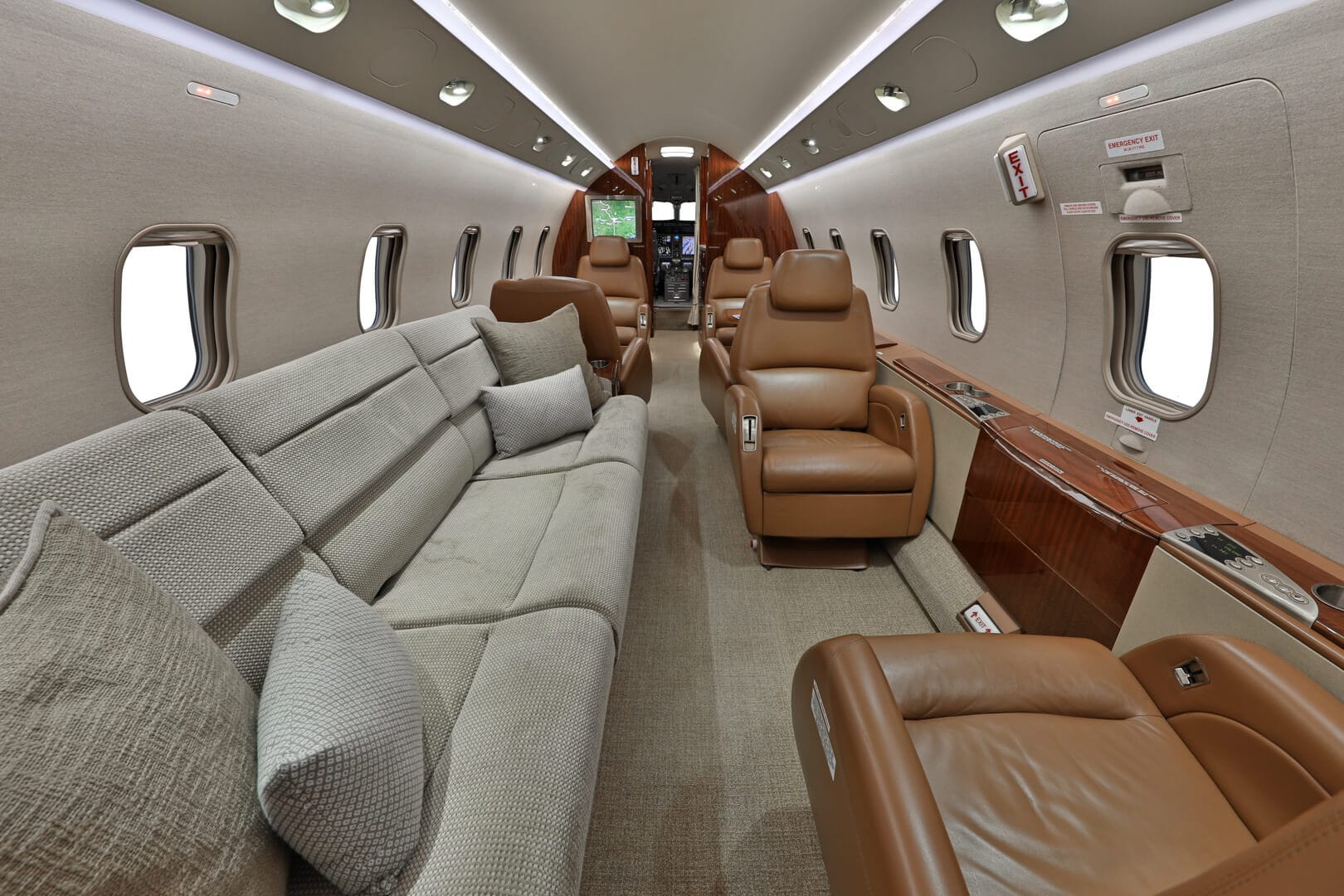 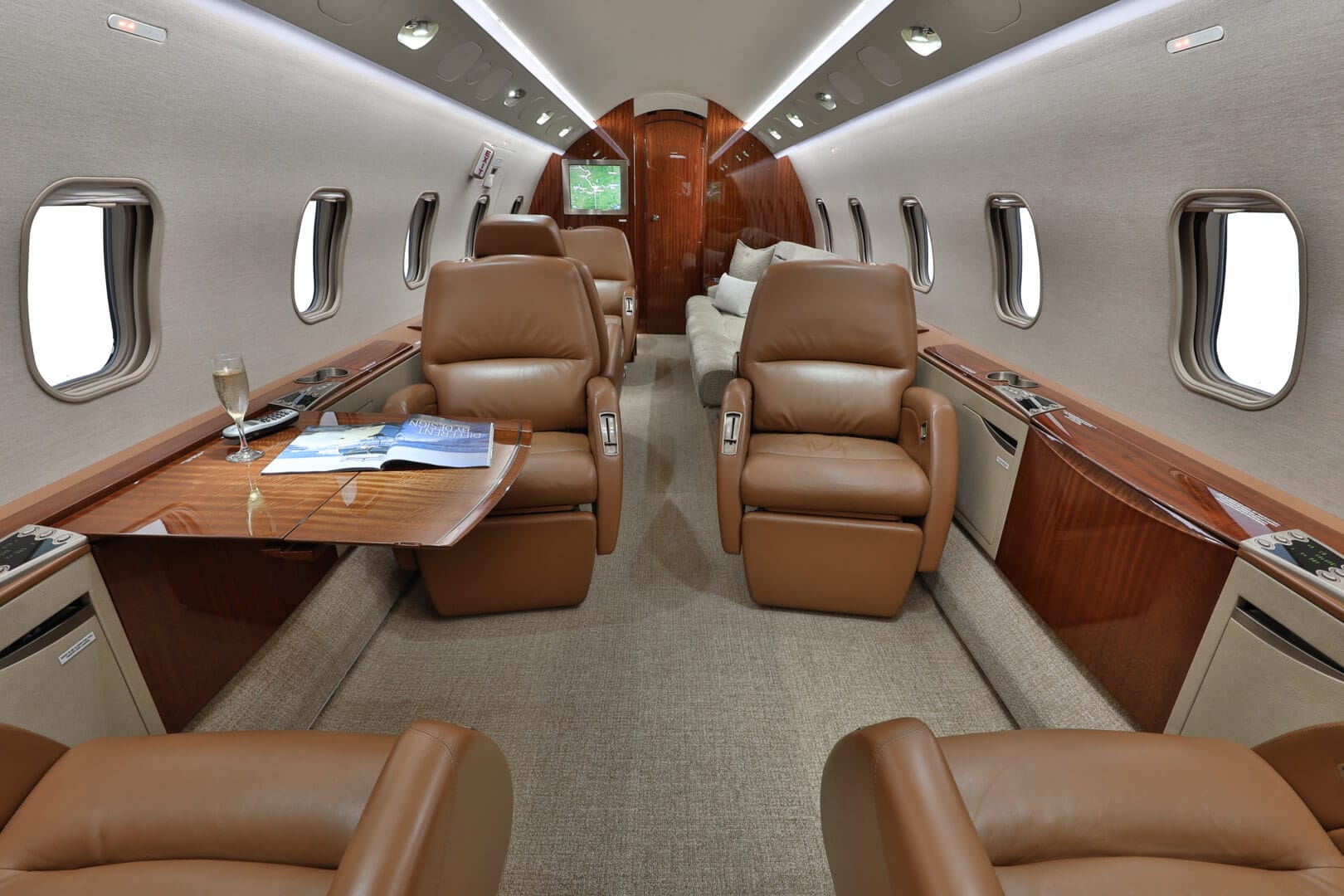 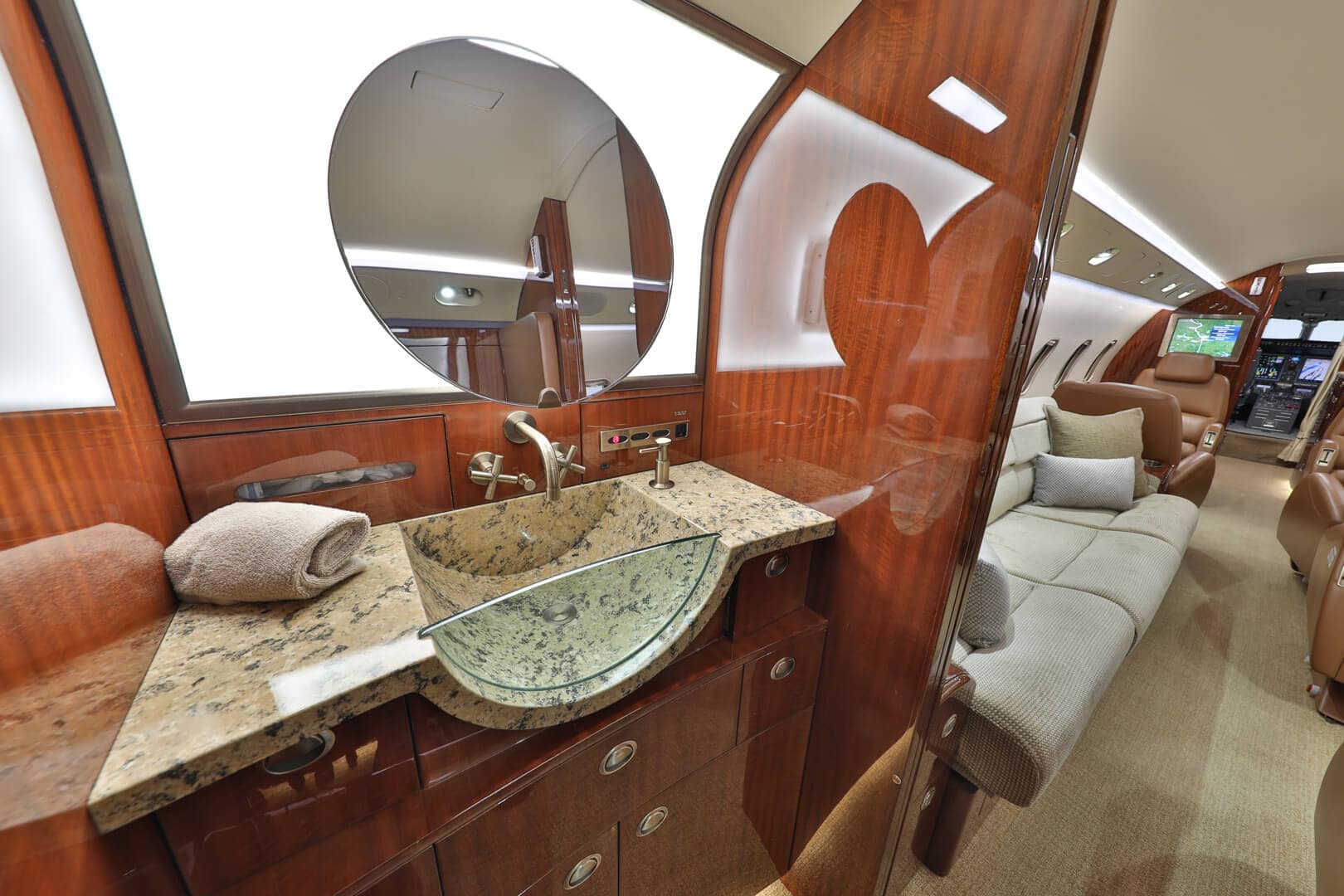 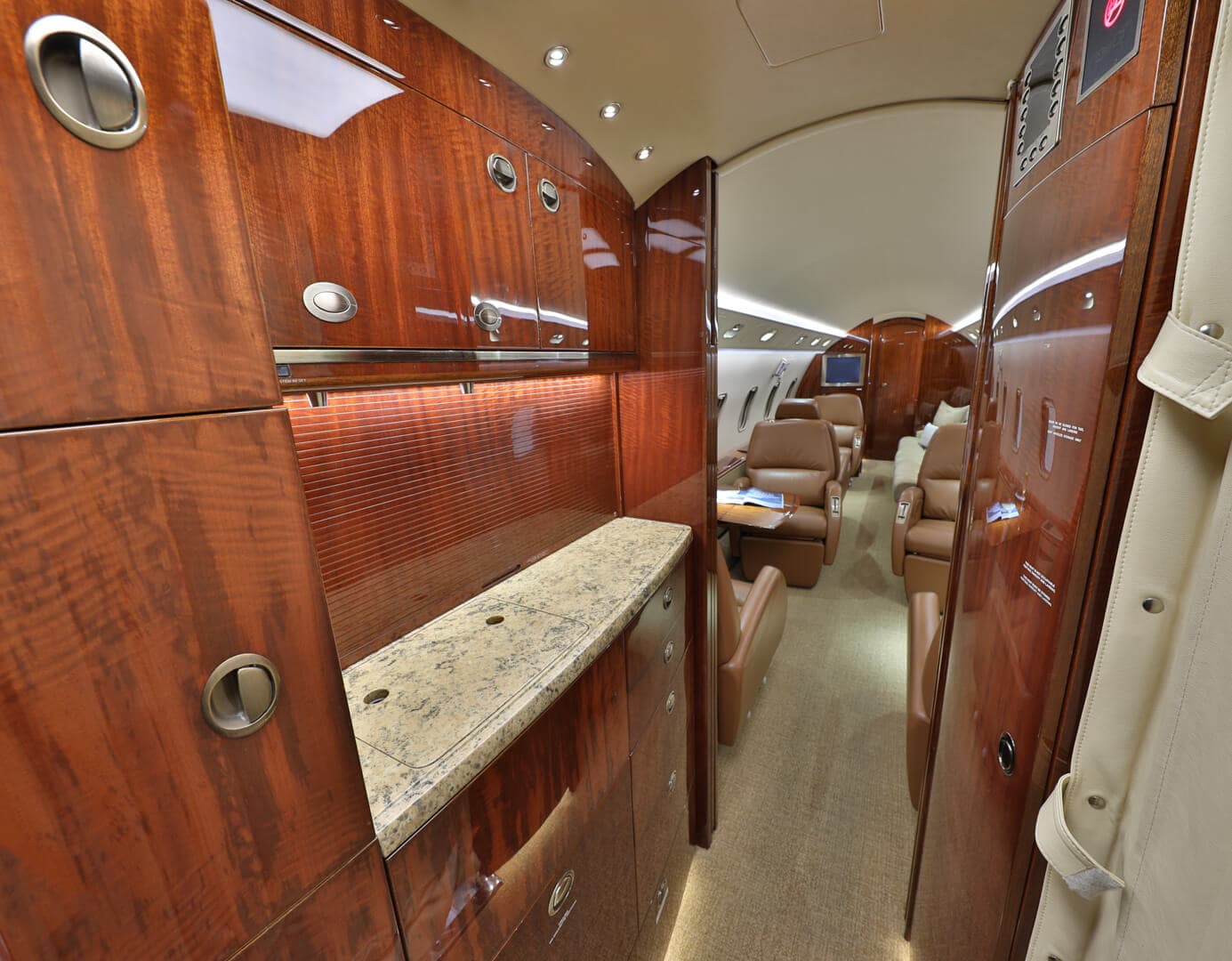 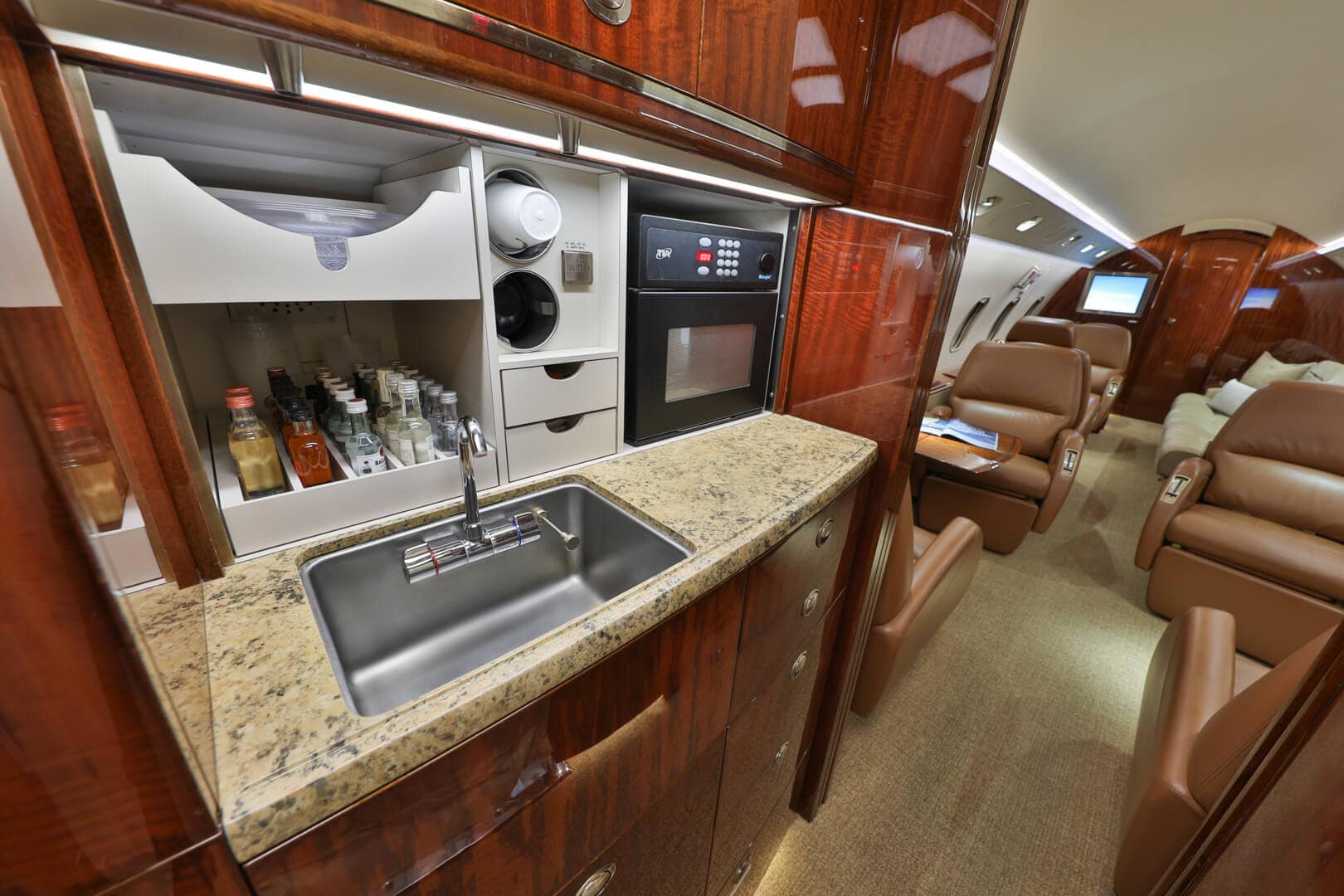 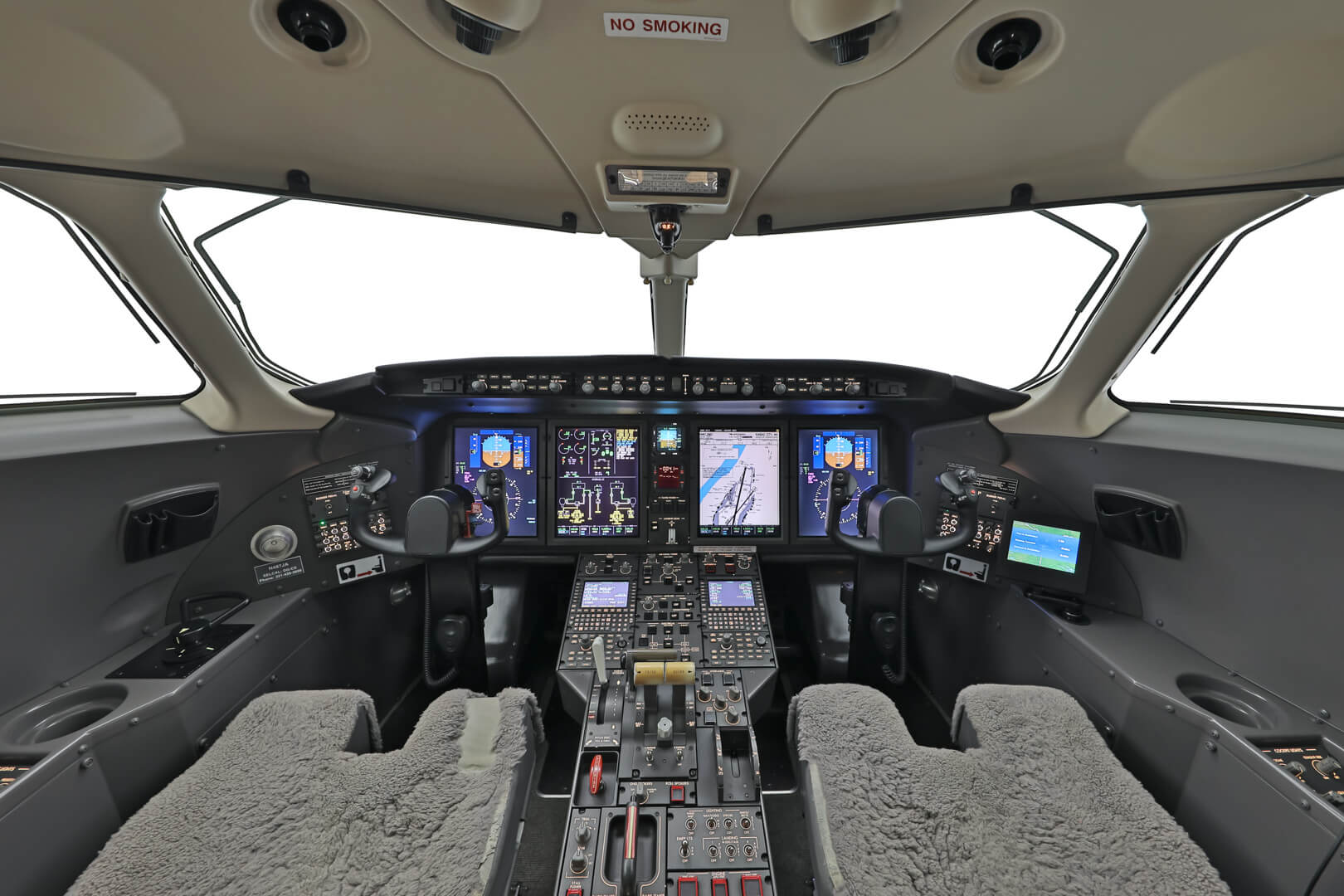 The Challenger 300, originally known as the Continental Business Jet BD-100 is a mid-size business jet which is made by Bombardier Aerospace. It has one of the long-range advantages which is approximately 3,077 nautical miles. It has a typical eight-passenger cabin and promising passenger comfort, performance, reliability, and good operating economics. This jet met the demand of the businessmen, who wanted it to be a mid-size. This is the reason why it was on the high purchase list.

Let us look at a brief history of this jet. The Challenger 300 was launched at the Paris Air Show on July 13, 1999, at which time it was called the Bombardier Continental. It made its maiden flight on 14 August 2001, received its Canadian type approval on 31 May 2003, and was introduced on 8 January 2004. The range was increased by 107 nautical miles and was approved on 11 June 2014. Currently, a total of 457 Challenger 300 aircraft are manufactured, 2 are retired and 1 is at the manufacturer; around 450 deliveries are done till July 2020.

The aircraft has two Honeywell AS907 turbofan engines each providing 35.81kN (8,050lbs) thrust. The engines are fitted with dual-channel FADEC (full authority digital engine control) and Hurel-Dubois thrust reversers. The AS907 is configured with four axial compressor stages, including two variable-geometry stators, a single centrifugal compressor, an effusion-cooled combustor, a two-stage high-pressure turbine, and a three-stage low-pressure turbine driving a high-efficiency fan.

The two integral wing tanks hold 6,124kg (13,501 lbs) of fuel. The aircraft is equipped with an Inter technique fuel system. Fuel consumption is approximately 266 gallons per hour that cost around $1,600.

The main performance parameters are the aircraft’s non-stop range of 3,099 nautical miles combined with its ability to take-off from airstrips of 1.5km (0.8 nautical miles). The high cruise speed is Mach 0.82 or 469knot and the maximum operating altitude is 45,000ft.

The balanced field length is 4689 feet. Landing distance (amount of runway required to land the aircraft at an average weight). The maximum take-off weight is 38,850 lbs, while the maximum landing weight is 33,750 lbs.

The business-class cabin provides a working environment to corporate executive standards, luxurious interior, and 20% taller cabin windows. The cabin measures 28.6 feet long by 7.2 feet wide by 6.2 feet tall giving it a total cabin volume of 930 cubic feet. The passenger cabin has an area of 13.28m² and seats eight business passengers in double-club seating.

The cabin can alternatively be configured with a 16-seat high-density interior. The seating configuration consists of beautiful new leather seating for six, a large three-seat divan in warm neutral colors, and a tenth optional seat available in the enclosed lavatory. The divan easily converts into a bed on longer flights when needed.

It is fitted with tracked swiveling recliner seats each with a table, and telephone point. A baggage compartment at the rear of the cabin is accessible in flight.

The cabin and baggage compartments are air conditioned and pressurized by the Liebherr Aerospace-Toulouse environmental control system. At the rear of the cabin is the galley with passenger facilities. The cabin door is on the port side at the front of the cabin.

The spacious luggage area can be accessed and can accommodate a substantial amount of luggage, including items such as snow skis and golf clubs. In addition, a cabin attendant is provided for longer flights and on request. Its lone pack maintains a comfortable temperature and a cabin altitude of 7,400ft.

Advanced soundproofing systems for business aircraft, the introduction of the Silentium Air 300 Series Kit, a tailor-made soundproofing system uniquely developed based on the engineering specifications of the Bombardier Challenger 300. Installation of the Silentium Air 300 Series Kit will generally reduce overall cabin noise levels by at least three decibels, lower noise levels reduce passenger fatigue, and create a much more productive and comfortable environment for conversation, concentration, and audio/video entertainment.

The aircraft is fitted with Rockwell Collins digital weather radar. An engine bleed air anti-icing system is used for the leading edges of the wings and for the lips of the engines’ nacelles. Electrical de-icing is used for the windscreen and the pitot probes.

The Challenger 300 is one of the most flexible super-midsize jets available for charter flights from and to New York, with a wide range of availability in several major aviation markets. The cost to charter a Challenger 300 starts at around $7,000 an hour.

Hourly charter rates do not include all taxes, fuel, and other fees. Charter costs will vary based on year of make/model, schedule, routing, passenger & baggage totals, and other factors 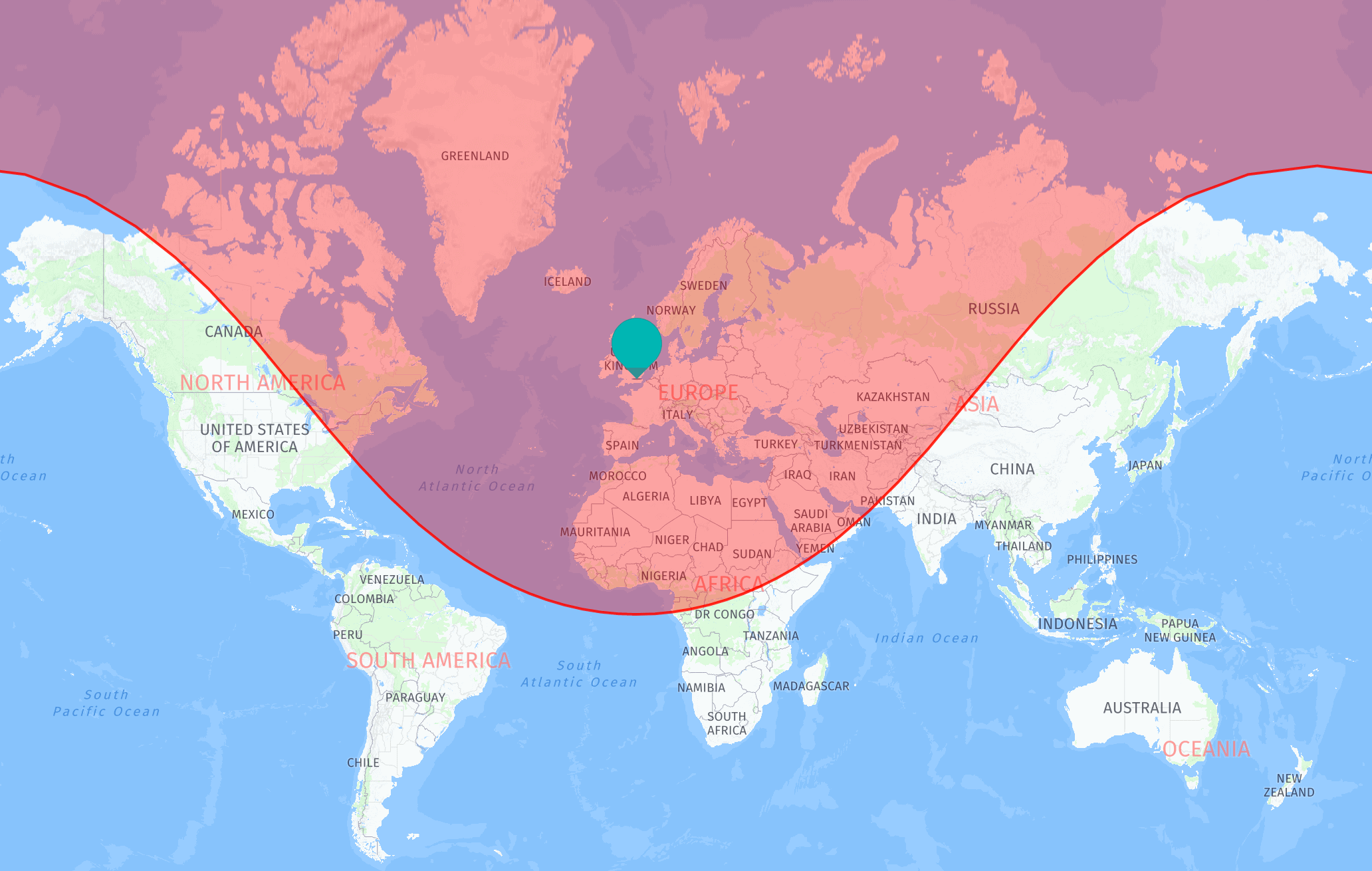