Which Flagship is Best? Bombardier Global 7500 Vs Gulfstream G700 Vs Dassault Falcon 8X 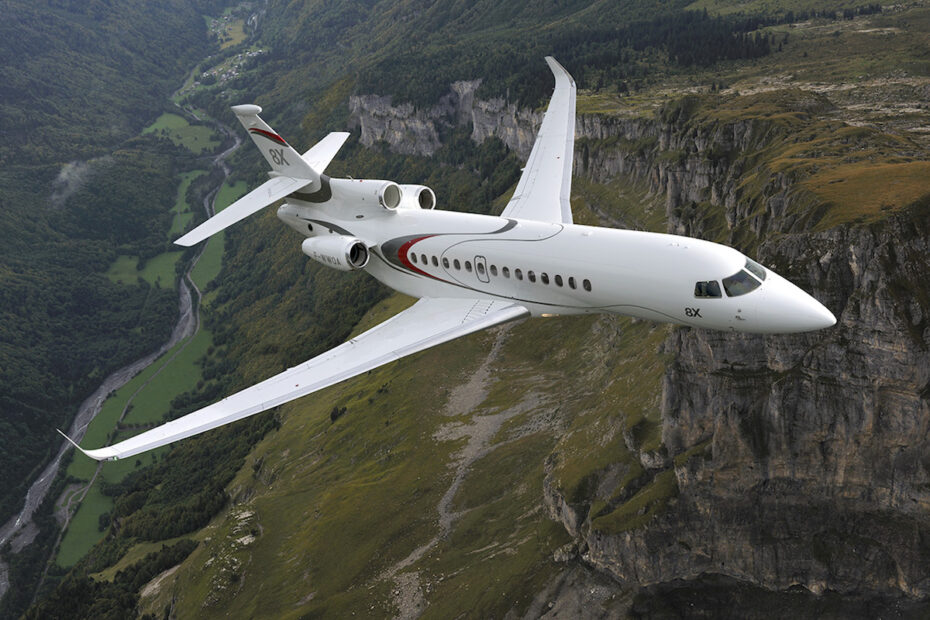 The three aircraft here are the flagship aircraft for each manufacturer. First things first, the Dassault Falcon 8X may seem a little out of its depth – a little strange, maybe even unfair, that it is being pitted up against the G700 and Global 7500.

On the face of it, yes, the Falcon 8X is out of its depth when it comes to numbers. However, the 8X is the flagship Dassault Falcon and there is good reason for it. It is also likely that if you are considering which long-range aircraft you are going to charter or buy next, then the Falcon 8X should be on your radar.

Let’s get started with the comparison between these three incredible aircraft.

Maximum cruise speed is a factor that is easy to understand, easy to compare and important when flying a long distance. This is where the Falcon 8X lags behind the other two with a maximum cruising speed of 488 knots, while the Global 7500 and G700 can cruise at 516 knots.

Is this difference of 28 knots going to be noticeable when you are flying – not necessarily. If you want to extract the maximum range from these aircraft you aren’t going to be cruising at these speeds, but then of course the decrease in cruise speed for maximum range will be proportional, so the Falcon 8X will always be smaller. In the real world if you are flying from London to Bangkok (6,000 miles or 5,200 nautical miles), the G700 and Global 7500 will take just under 10 hours 10 minutes, while the Falcon 8X will take just over 10 hours 40 minutes.

It is no surprise that with the Falcon 8X being the smallest aircraft in this comparison that it has the lowest maximum capacity for passengers, being able to carry up to 16 passengers. Both the Global 7500 and G700 are able to be configured to carry up to 19 passengers, with the G700 having capacity for 13 passengers to sleep. Again, the Global 7500 and G700 are evenly matched when it comes to baggage capacity, having space for 195 cubic feet of baggage.

While discussing facts and figures is a great way to compare these aircraft, the true deciding factors will all be on the inside. If everything were about the speed of the aircraft you would be looking at which fighter jet to buy. The interior is what matters and that is why the 8X has been added to this comparison.

These numbers result in the G700 being able to be outfitted with up to five separate living spaces, compared with the Global 7500 having capacity for just four living spaces. All aircraft are able to accommodate a full-size bed, shower and crew rest areas. For more in-depth details, learn about the Global 7500, Falcon 8X and G700 here. All aircraft feature Wi-Fi onboard, all have a cabin environment that can be controlled form your phone. A notable feature of the Global 7500 is the Soleil lighting system which is circadian rhythm-based lightning, allowing you to adjust to the time zone of your destination before you arrive.

As you would expect, the flagships of the largest business aviation manufacturers in the world comes at a price. The Falcon 8X starts from $58 million, the Global 7500 starts from just under $73 million and the G700 comes in at $75 million. The 8X is therefore considerably less expensive, nearly $20 million, and while it may not outperform the other two aircraft is many categories, it does put up a good fight and doesn’t lag far behind.

Which aircraft is best then? Which one should you charter? Of course, it depends on your individual needs and each aircraft is likely to be able to satisfy you one way or another.

The Falcon 8X is a fantastic choice if your destinations fall within its range and you can live with cruising 28 knots behind the other two. With over 30 cabin layouts you can customise the aircraft to your exact needs.

But what if you want the best? The most technologically advanced private jet in the sky? Honestly, the Global 7500 takes it when it comes to performance. The range of 7,700 nautical miles is outstanding and it has all the bells and whistles. Plus, it has the benefit of being available now. The G700 is still some way away. But, if you want maximum space and the legendary Gulfstream cabin environment, the G700 will be a respectable choice. Having said that, in a straight choice between the two, the Global 7500 is the one to go for.

If you are looking to charter one of these great aircraft and looking for a broker that will suit your needs, be sure to click here to compare private jet charter brokers for free.