Everything You Need to Know to Purchase a Private Jet

Honestly, Do You Have Time to Manually Research Hundreds of Aircraft?

With hundreds of models of private jets – all with different capabilities, performance specifications, and costs – researching every option manually will occupy much of your valuable time, something private jets are designed to save. Instead, access all the information in one place, right here. 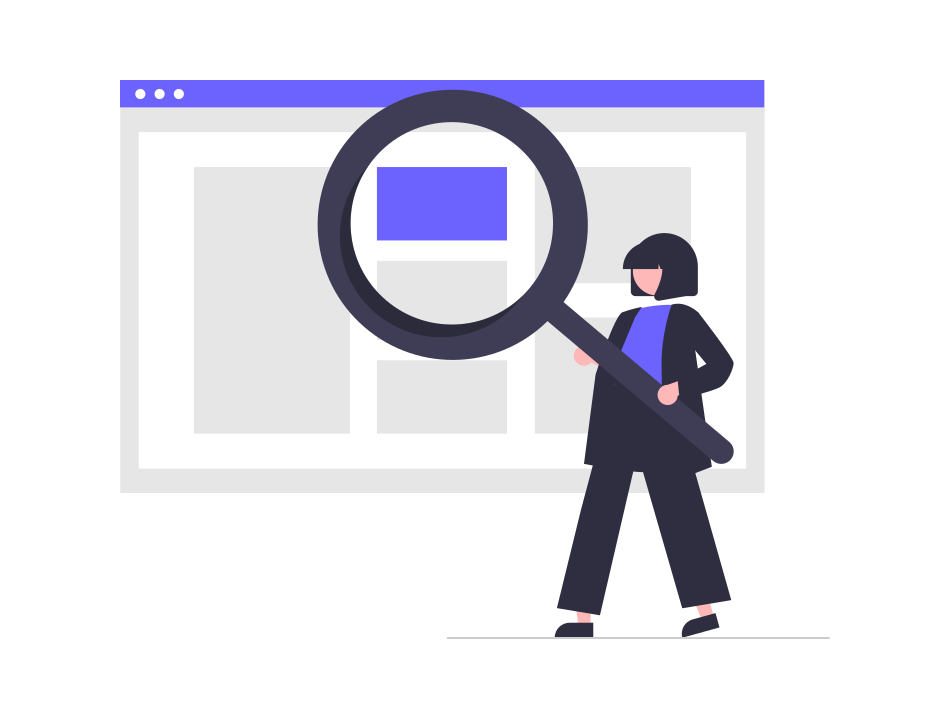 Manually Searching for Each Aircraft Will Consume Your Time

Searching for a specific aircraft using a search engine will consume your valuable time trying to find all the data you need.

Data in a Spreadsheet Is Hard to Visualize

Combining all the data that you find and storing it in a spreadsheet to keep track of it results in an inefficient way to filter and visualize the data. 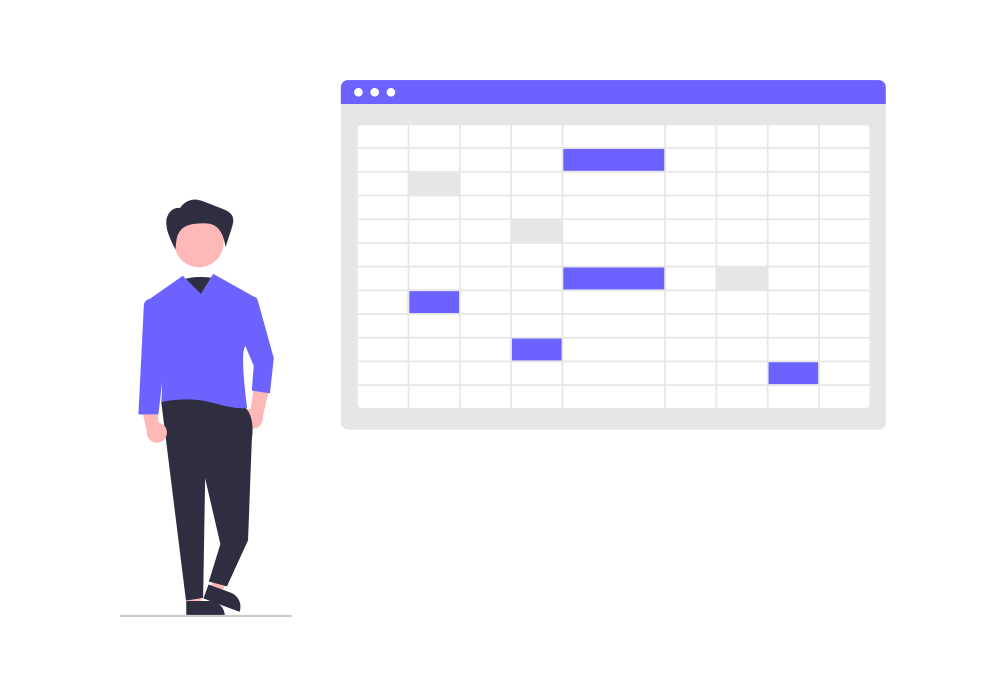 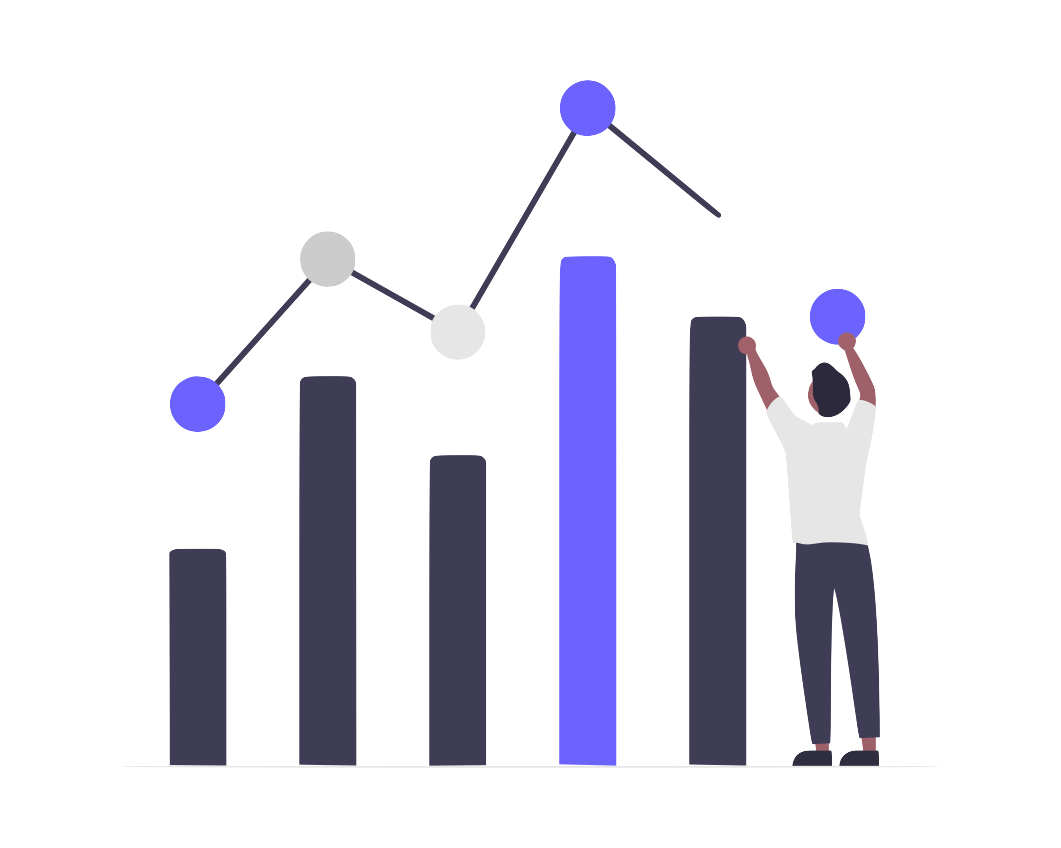 Choosing the Wrong Jet Can Be a Costly Mistake

When you are considering spending millions of dollars on an aircraft acquisition, along with hundreds of thousands in order to operate the aircraft each year, making sure you have chosen the right aircraft is critical to avoid overspending on an unsuitable jet.

What If You Could Get In-Depth Data for Over 140 Private Jets Instantly?

Instantly get access to powerful tools that will help you find and evaluate your perfect jet. Sort & filter through aircraft, browse technical specifications, operating costs, acquisitions costs, and more. 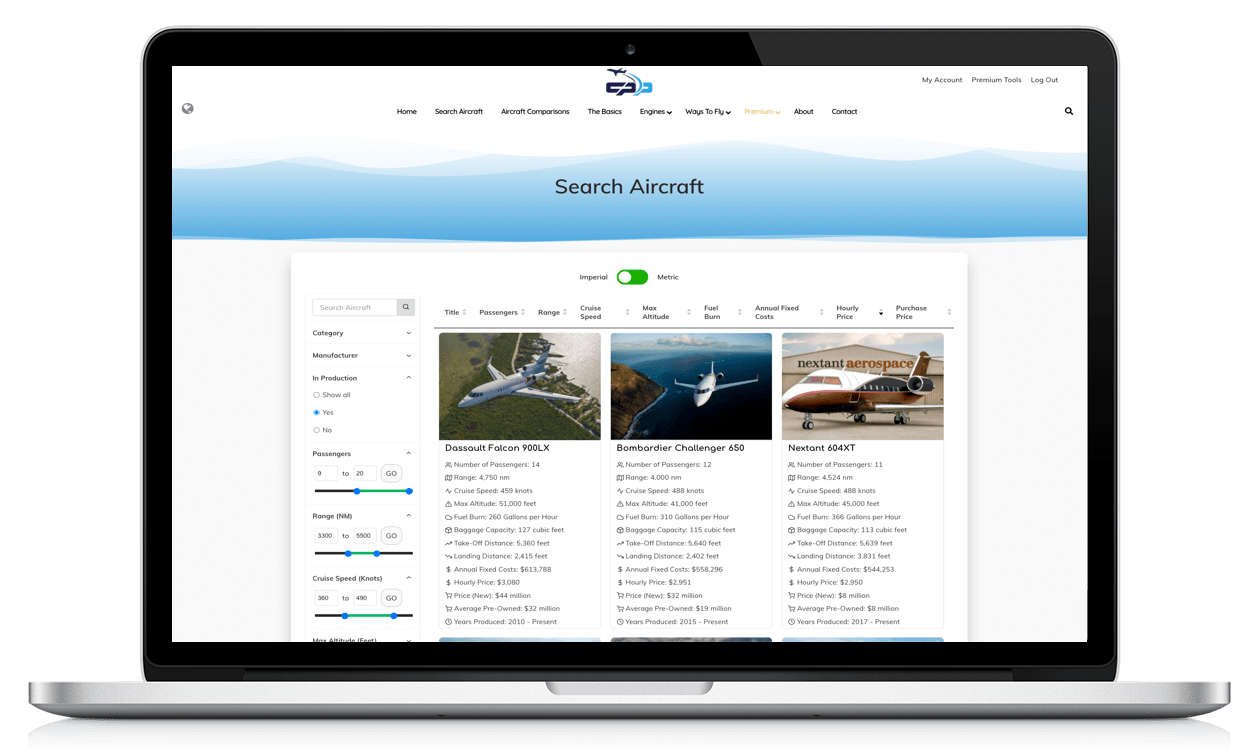 Enter Your Desired Criteria to Filter Through Aircraft

Get a shortlist of all the aircraft that match your criteria. Alternatively, use the automatic aircraft selector to find aircraft based on any mission. 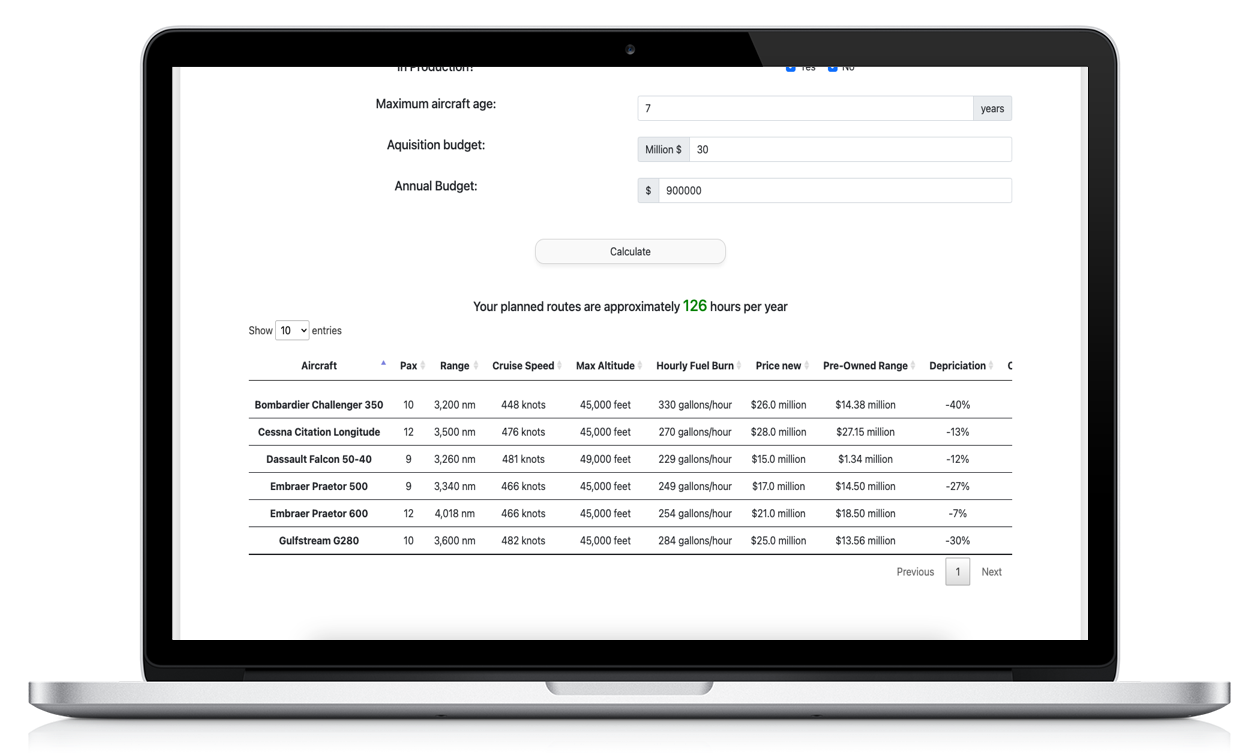 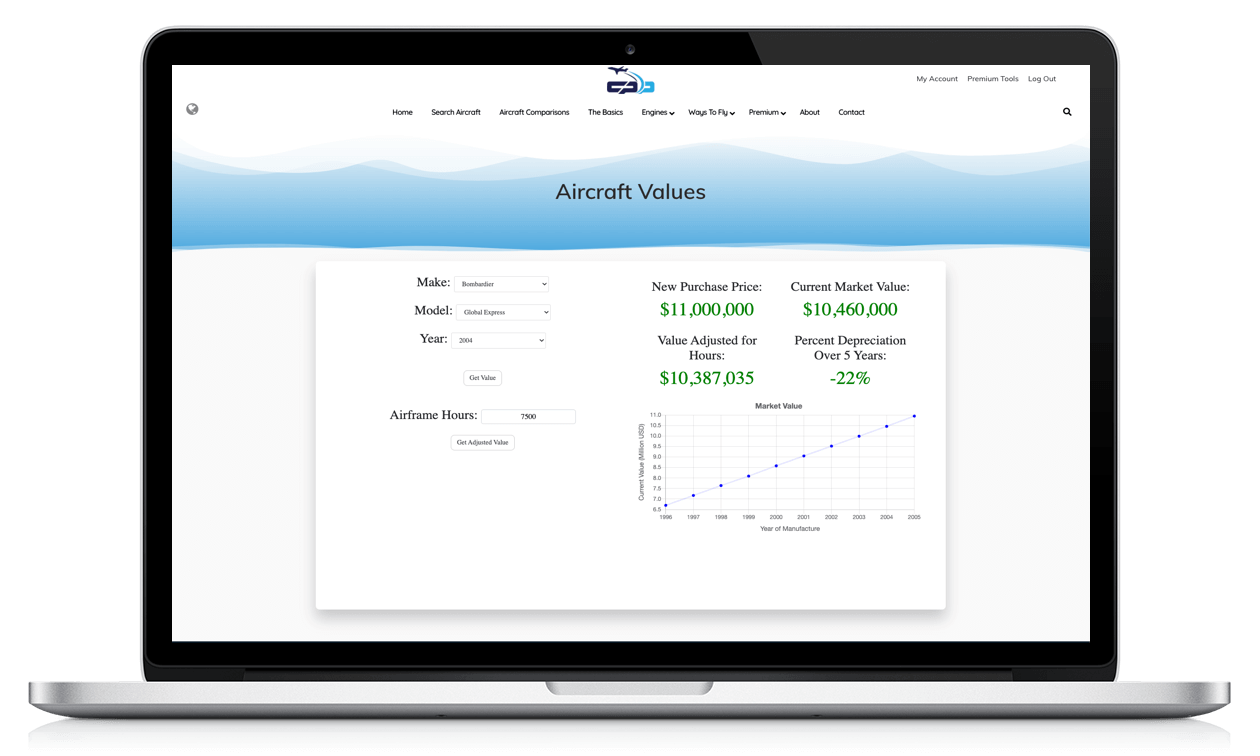 Get a breakdown of the critical information for your matching aircraft. Browse depreciation rates, market values, operating costs, emissions, suitable airports, and more.

One Platform. A Suite of Tools.

Join today and get instant access to the following tools, perfect for getting the in-depth data you require when looking to purchase a private jet. 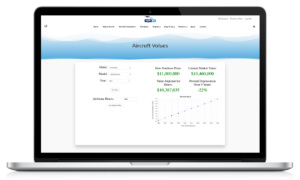 Discover the new purchase price, current market value, and percent depreciation figure for over 1,000 model years of private jets. Additionally, adjust the market value figure based on the number of airframe hours the aircraft has.

Select the make, model, and year of aircraft. You will then get the relevant outputted figures, along with a graph that displays the values for all model years of your chosen aircraft. 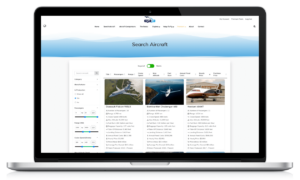 Powerfully search over 140 aircraft using over a dozen criteria. Easily narrow results down to a handful of suitable aircraft. All values are available in imperial and metric units. Finances are all in USD.

The following filters are available with the aircraft search tool: 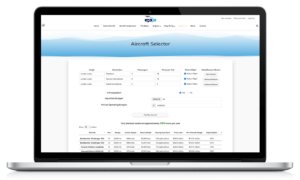 Have your ideal jet automatically chosen for you. Enter a few details and get detailed outputs for the most suitable aircraft for your needs.

Details to enter are the point of origin, destination, number of passengers, times flown per year, acquisition budget, and annual operating budget.

The tool will then calculate which aircraft are able to complete all the missions, taking into account the distance, number of passengers, runway lengths, and financial criteria. Each aircraft will have displayed key performance data – such as maximum range and cruise speed – along with the acquisition cost and annual operating costs. Additionally, receive the total estimated annual flying hours tailored to your missions. 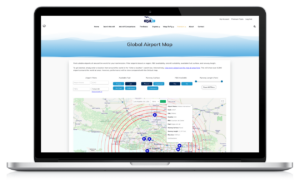 Identify which airports are able to handle your desired aircraft, ensuring that you can fly in and out of your chosen airports.

Each airport contains the following information:

Additionally, you have the option to filter results with the following filters: 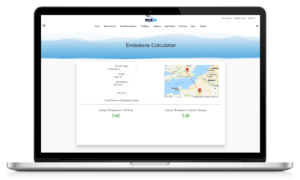 Get instant estimations for the carbon emissions produced by any business jet on any mission. Simply enter a start location, destination, and aircraft.​ The output value is available in both US tons and metric tonnes. 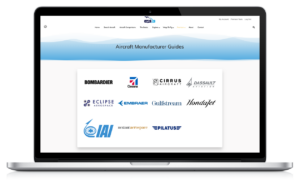 Manufacturers included in the guide include:

Please note that while some of these manufacturers make piston and/or turboprop aircraft, there are not included. Only jet powered aircraft are included for each manufacturer. Additionally, only civilian private jets are included. 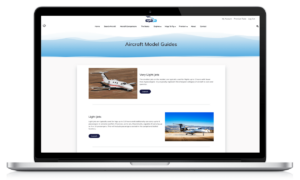 Get an overview on the different categories of private jets. Categories included are Very Light Jets, Light Jets, Medium Jets, and Large Jets. 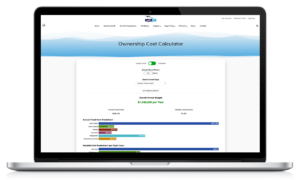 Instantly get a personalized annual ownership cost figure for your chosen private jet. This value is made up of the annual estimated fixed costs for the aircraft and the hourly estimated variable costs. 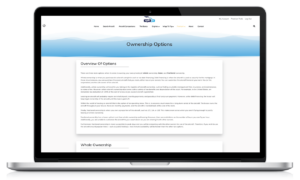 Find out which method of ownership is right for you with a detailed explanation of three different aircraft ownership options: whole ownership, leased ownership, and fractional ownership. 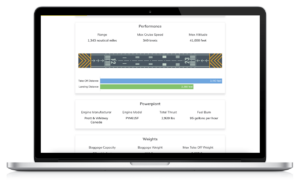 Get in-depth performance data for over 140 aircraft. All data is available in either imperial or metric units and can be easily adjusted.

Data available for each aircraft includes:

Please note – while every effort is made to provide data for each aircraft on each data point, this is sometimes not possible. Therefore, certain aircraft may be missing certain data points. This will be labelled as N/A when inspecting the aircraft. 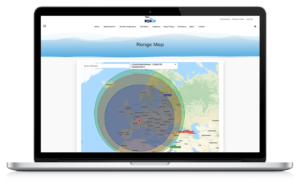 Visualize and compare the range of up to 3 aircraft at once on an interactive range map.

The tool works by entering any global start location. You can then enter up to 3 aircraft at once. The maximum range of the aircraft will be show with the circle on the map and labelled with the aircraft name.

Are you ready to join the elite world of private jet owners? Joining today will enable you to quickly and easily get instant access to the data you need to select the right jet to purchase, saving your valuable time and allowing you to make an informed decision.

All tools are built in a simple to use format, allowing you to find the relevant information quickly and easily.

Choosing the wrong aircraft can be a potential multi-million dollar mistake. Whether it’s from choosing an aircraft that doesn’t fit your needs, depreciates quicker than others, or costs more to operate, join today to make an informed choice on aircraft ownership.

Benefits of Owning a Jet

Is Aircraft Ownership Right for You?

Private jet ownership isn’t for everyone.

For the occasional flyer, on-demand charters make the most sense. Above this, jet cards are a great solution.

However, for those who will be flying more than 300 hours per year – either as an individual or corporation – private jet ownership can start to make sense.

Of course, ownership being the right solution for you will depend on a number of variables. However, if you have the budget for purchasing and operating your own jet, then it is a viable solution.

Are You Ready to Start Your Private Jet Ownership Journey?

Join the elite group of private jet owners and start your ownership journey right here. Get instant access today with a plan that suits your needs.

Got questions? We’ve got answers. If you can’t find what you’re looking for, feel free to get in touch.

In order to sign up please select a plan from above. There are two different plans available, all on a rolling yearly basis.

Select the plan that suits your needs best and hit “Get Started”. You will then be directed to the sign-up page. Here you will need to create an account and enter your billing information.

You will then be able to explore and use all the tools that are on offer.

All plans operate on a yearly rolling basis and are set to auto-renew at the end of your year. However, will be emailed prior to your subscription renewal to remind you about the upcoming payment. You are able to easily cancel your subscription at any time, and this can easily be changed in your account dashboard.

Additionally, canceling your subscription can easily be done from the user dashboard. Alternatively, you can contact our customer care team who will be more than happy to help out.

What type of payments do you accept?

We accept all major credit cards as well as debit cards. Including Visa, Mastercard, Discover, American Express and UnionPay. All payments are securely made via Stripe.

Which aircraft are included in the subscription?

The following aircraft are available in the subscription packages: