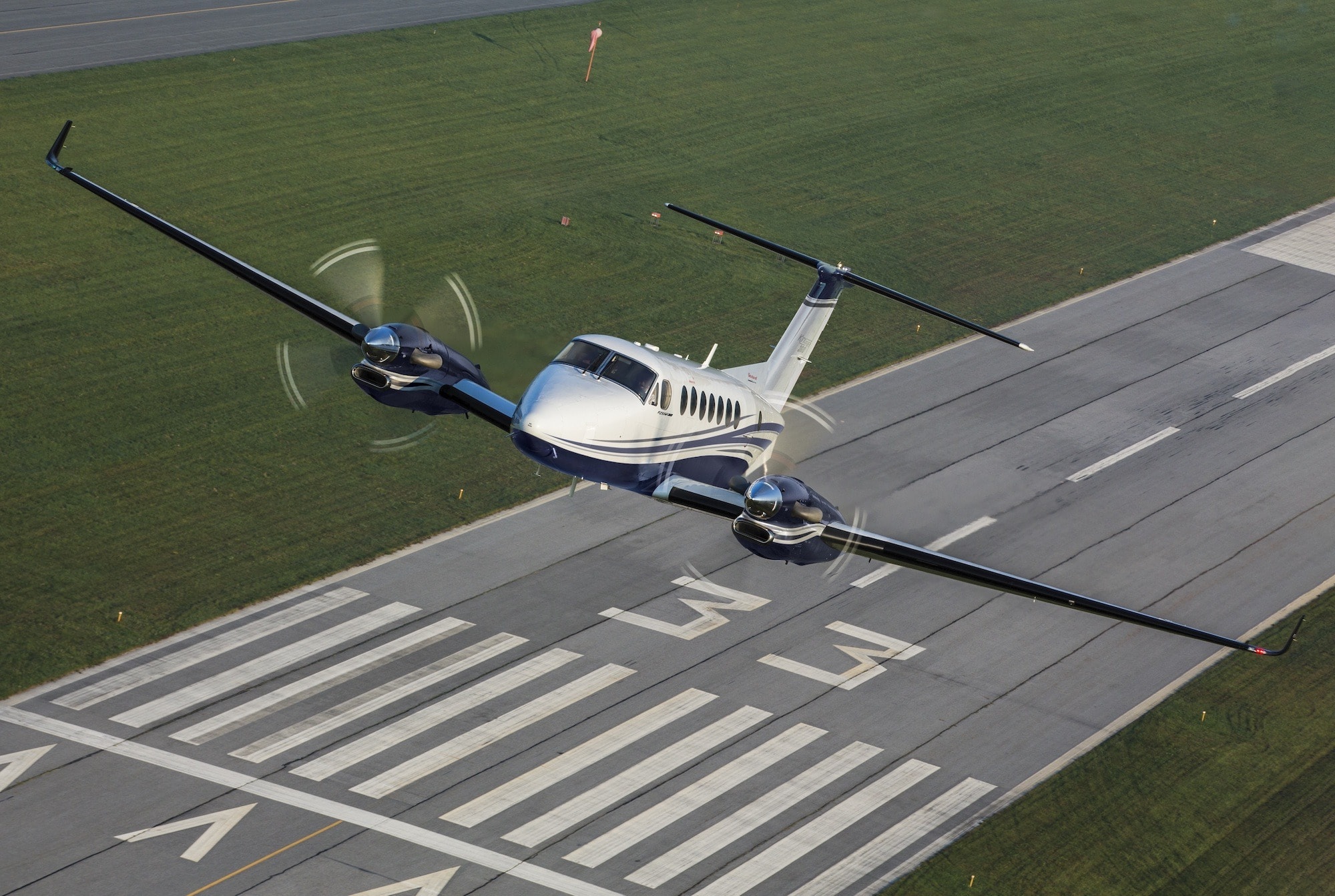 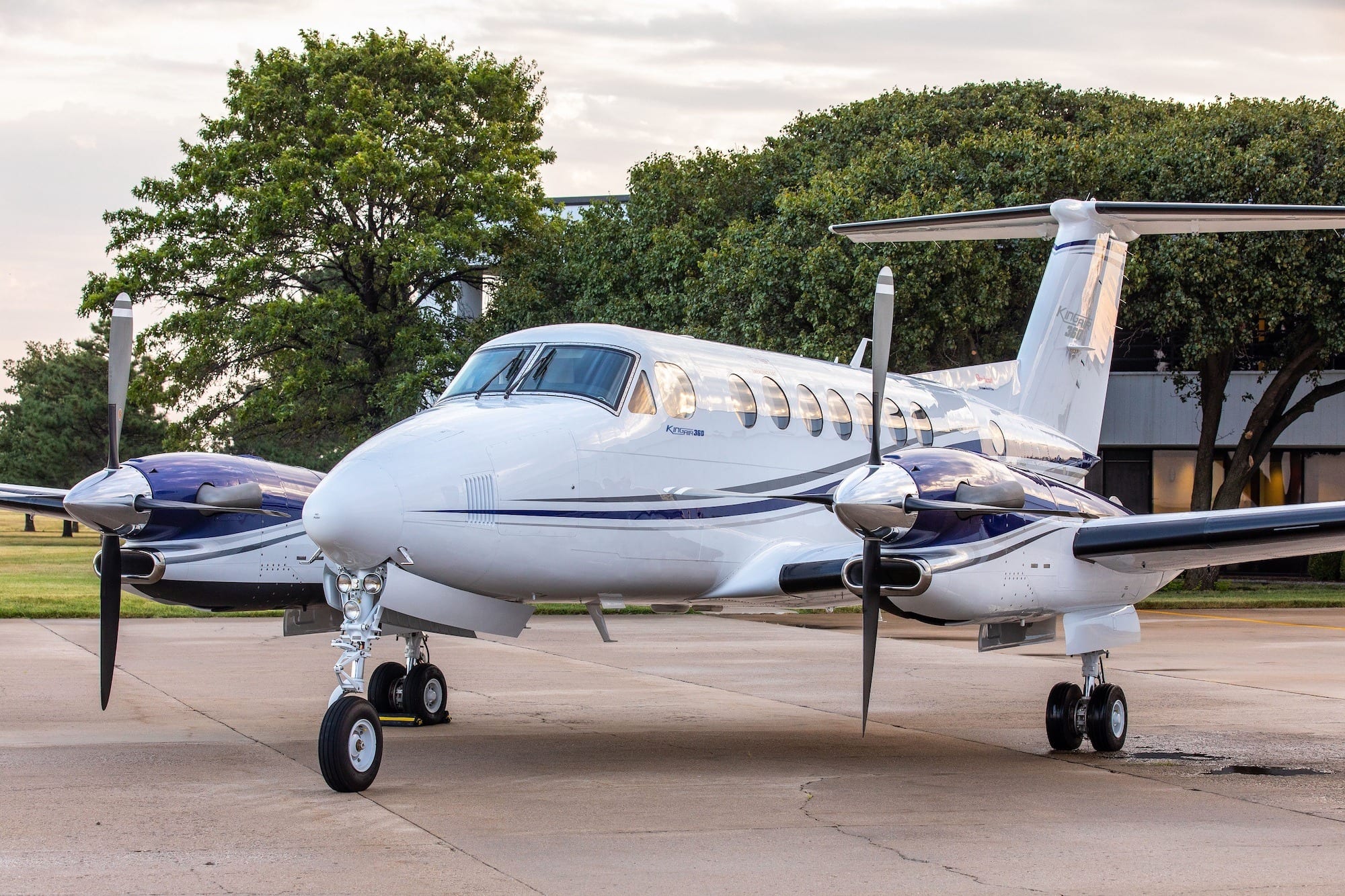 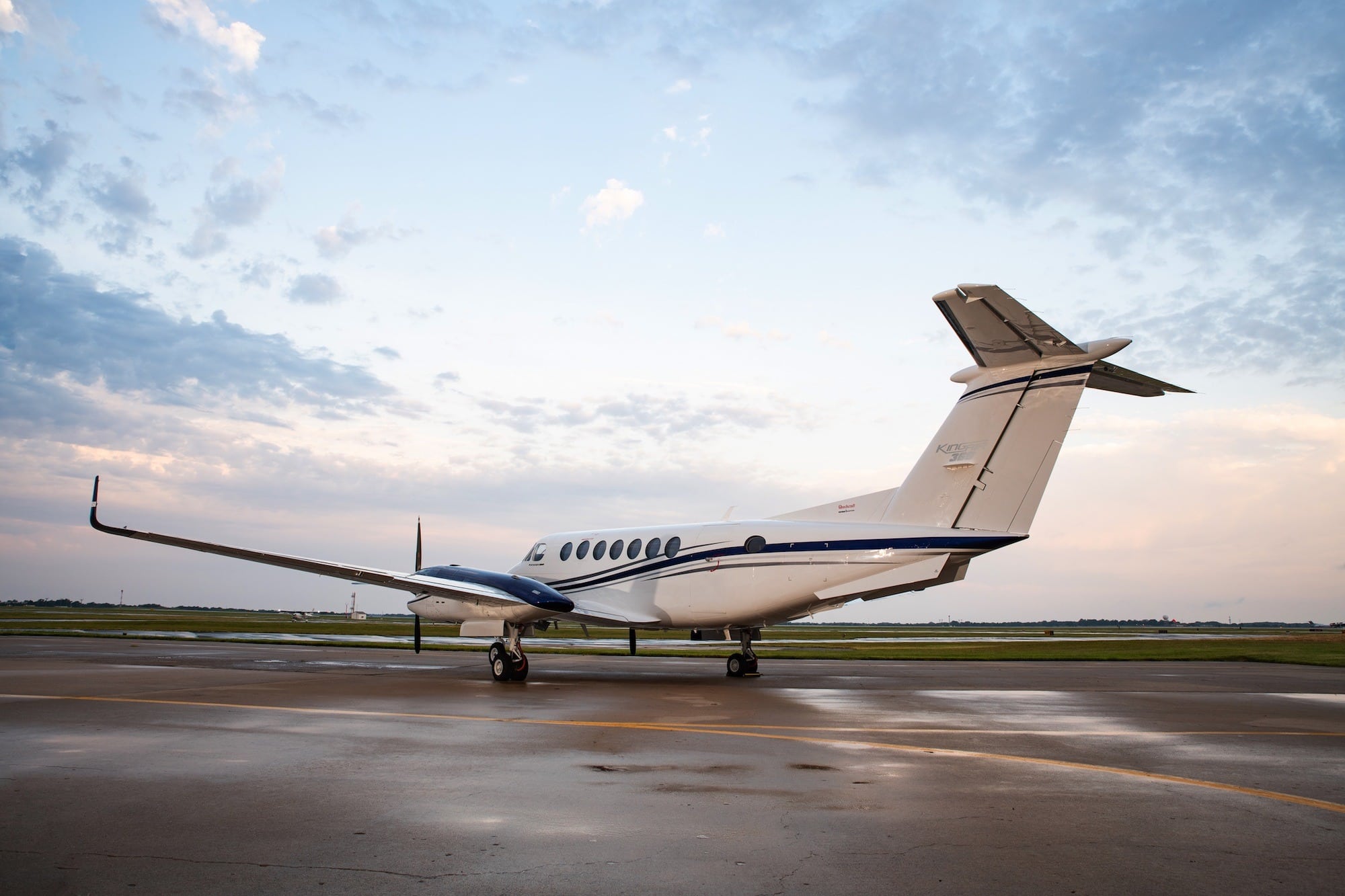 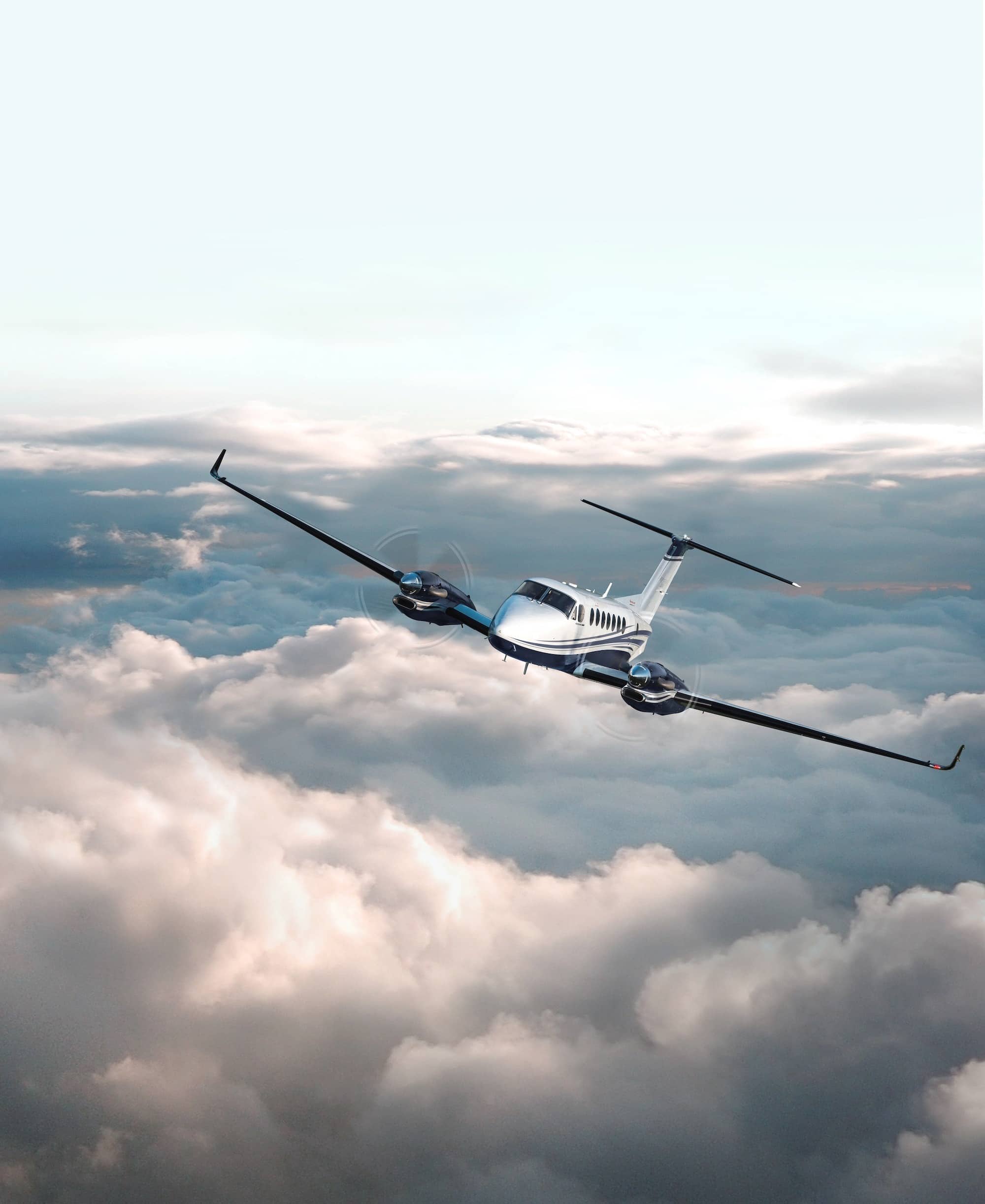 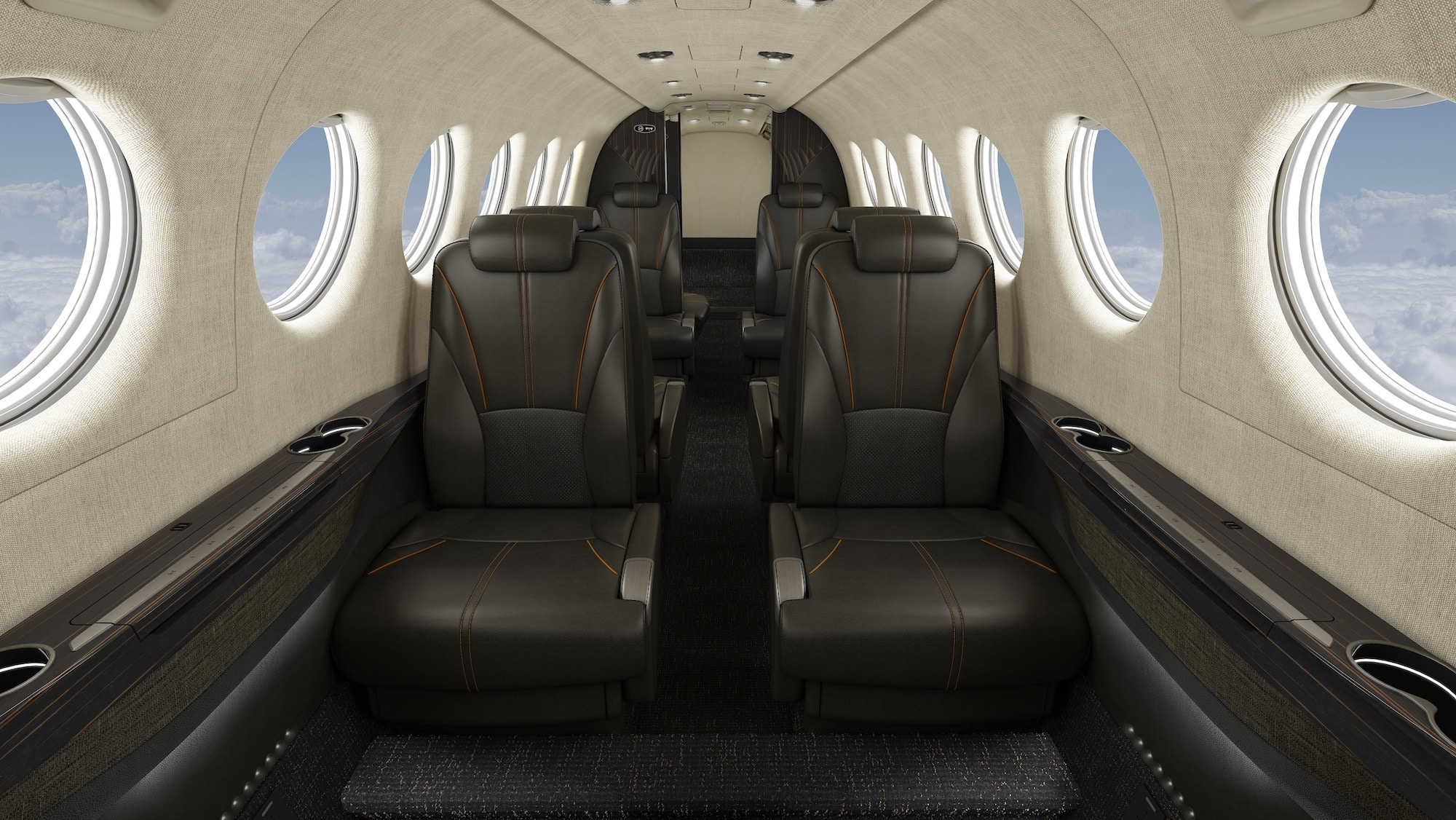 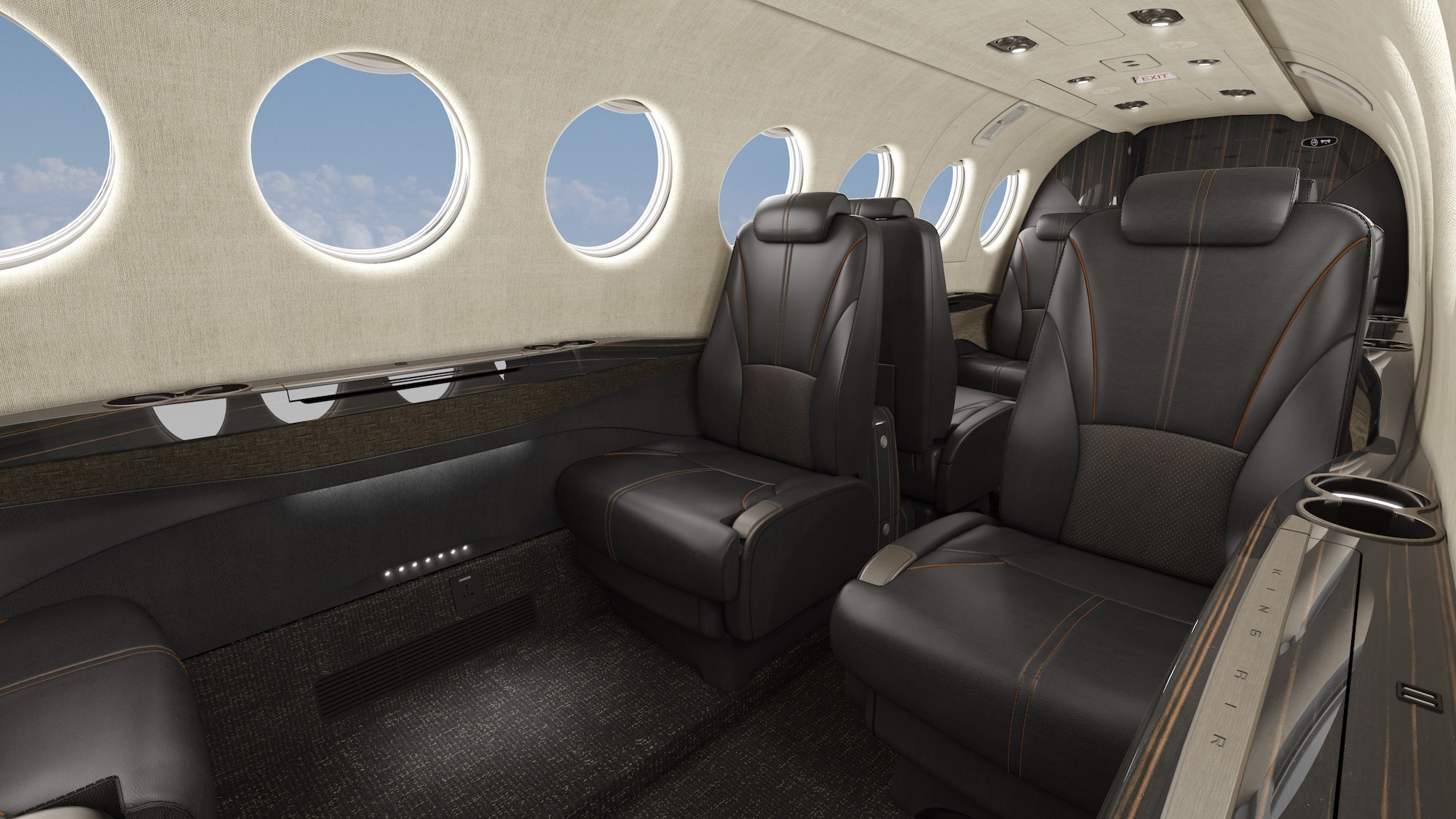 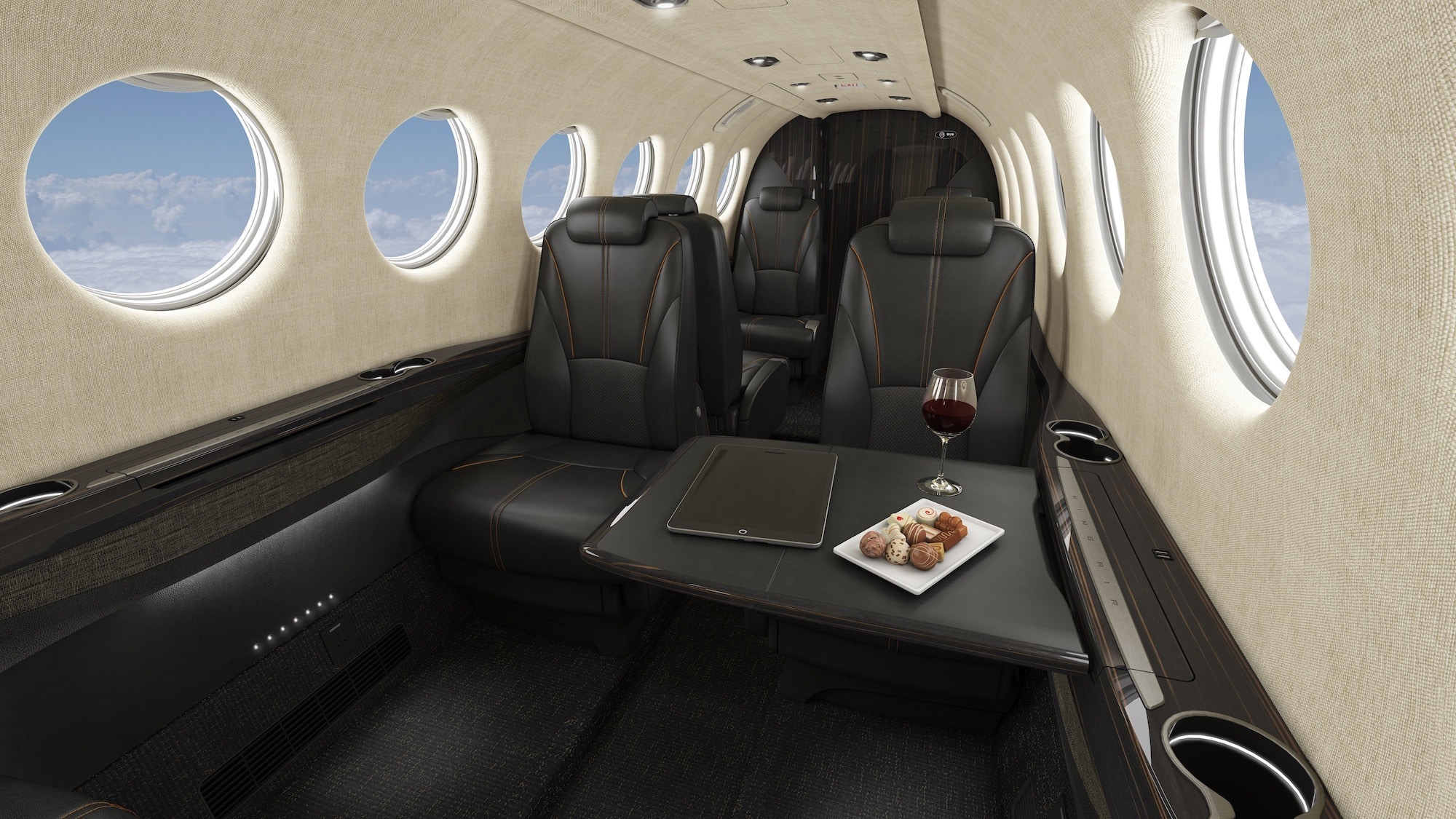 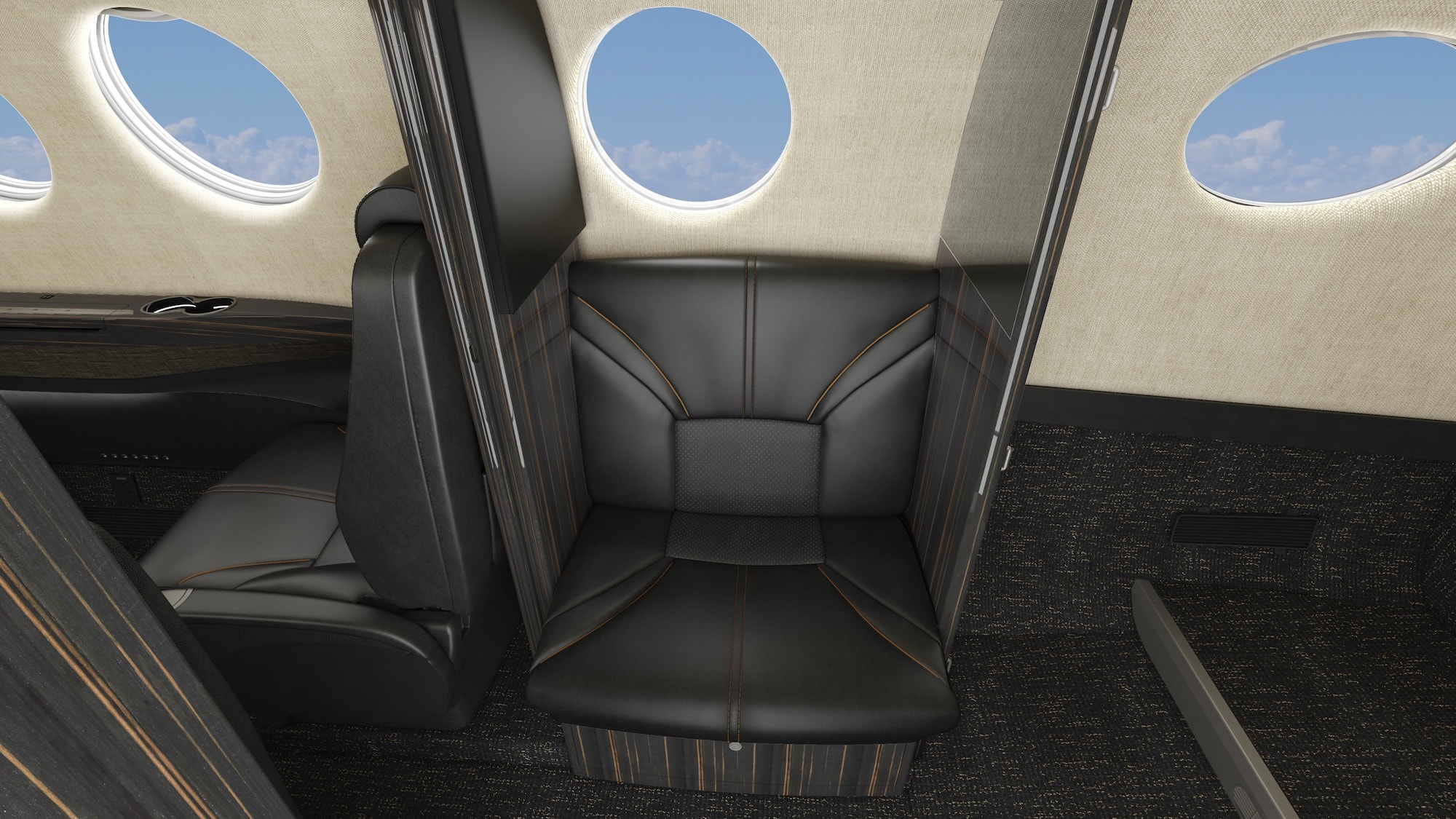 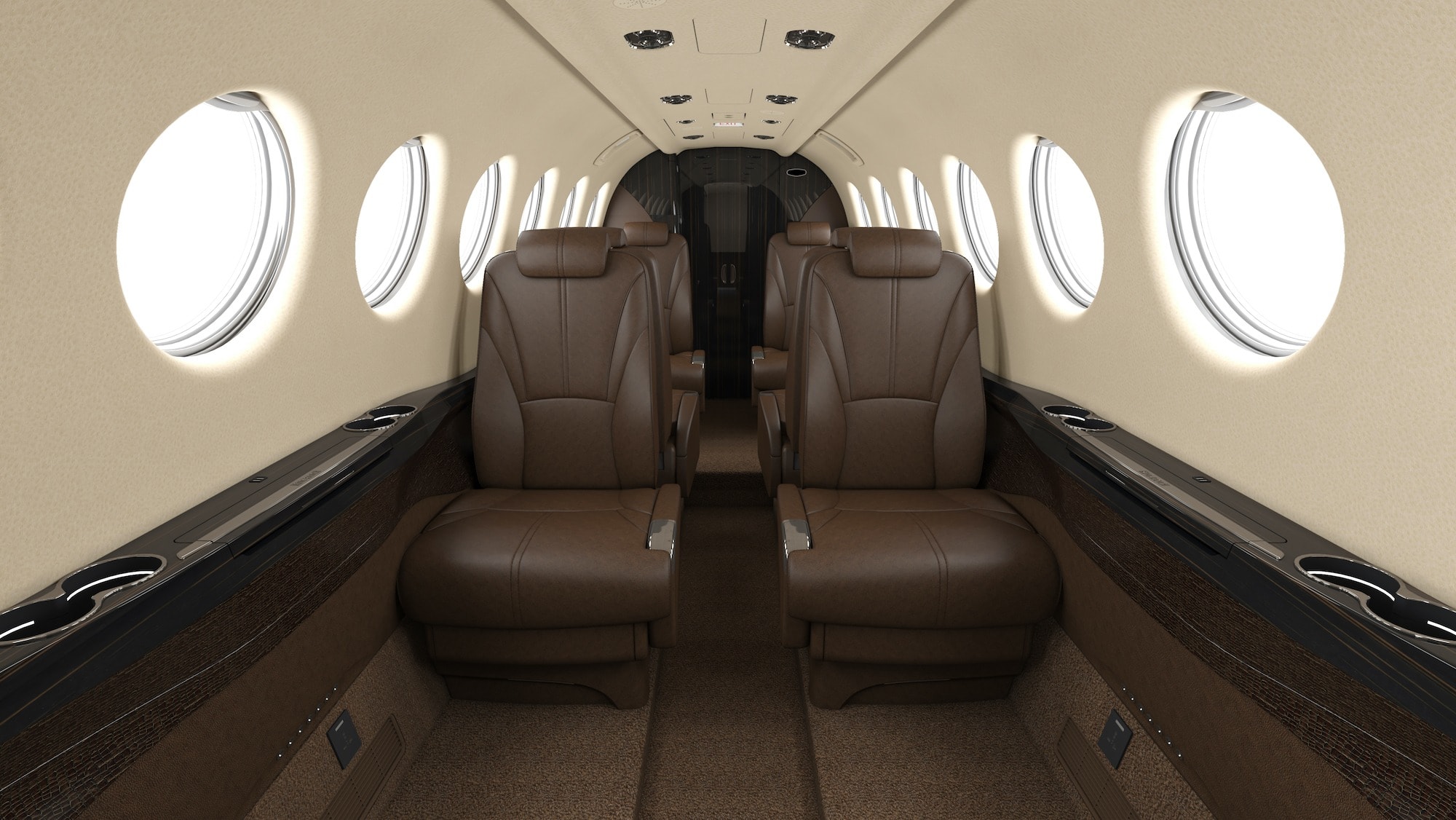 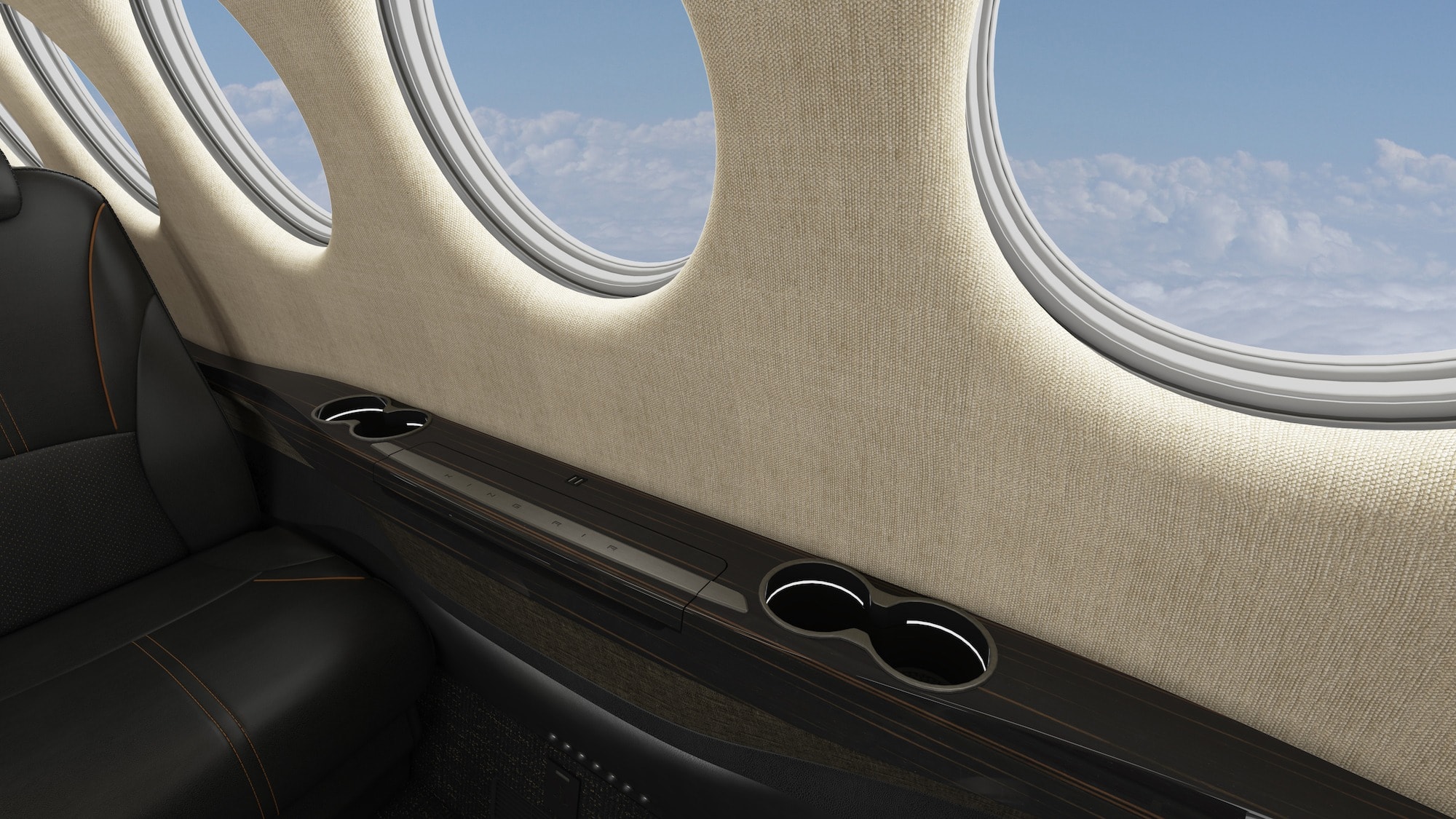 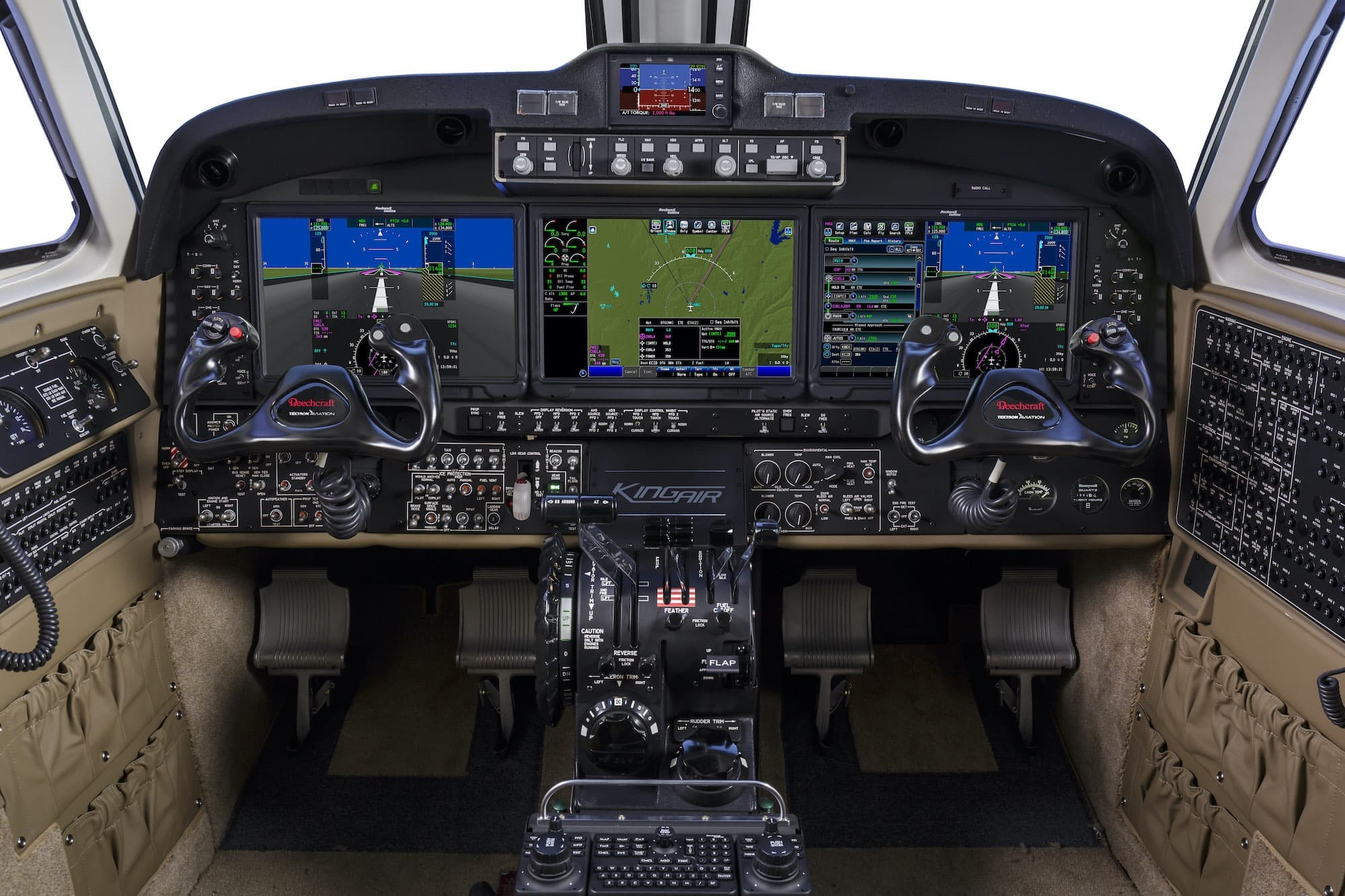 The King Air 360 was announced in August 2020. Textron – owners of Beechcraft – announced that the aircraft was already on the assembly lines. Deliveries started ramping up a few months later.

The King Air 360 was introduced as the newest developments of the King Air 350/350ER. In many ways the King Air 360 have identical specifications to the 350 model. However, the 360 model offers interior design improvements, along with an upgraded cockpit to reduce pilot workload.

The King Air 360 is powered by two Pratt and Whitney Canada PT6A-6OA engines. Each engine is capable of producing 1,050 shp (Shaft Horsepower). The propellers are manufactured by Hartzell. They feature 4 aluminum blade, featuring constant-speed and auto feathering.

Beechcraft claim that the King Air is far more capable than its single engine rivals. The aircraft features what Beechcraft call “soundproof technology”. The benefit is that conversations are far easier thanks to generous physical soundproofing and smart noise-cancelling technology. This means that passengers can have a conversation without needing to raise their voice.

Furthermore, the cabin of the King Air features executive seating, fold-out tables, USB charging and power outlets. These features make the cabin a combination of the ideal mobile boardroom and family room. This, combined with the low cabin altitude of just 5,960 feet when at an altitude 27,000 feet, makes the cabin a very relaxing place to be.

The cabin is of a decent size, offering passengers ample head and shoulder room throughout. The seats are arranged in a double club configuration and made from high quality leather. Naturally, passengers will also find a built in refreshment center, illuminated cupholders and a private lavatory in the rear of the aircraft. Optionally equip the aircraft with WiFi to keep you always connected.

The King Air 360 cockpit is beautiful in its simplicity. The aircraft is equipped with Pro Line Fusion avionics. This intuitive touch screen flight deck simplifies how pilots aviate, navigate and communicate.

The estimated cost per hour to charter a King Air 360 is $3,000. However, due to the newness of the aircraft it is hard to find one available to charter at the moment. Please also note that charter prices will vary depending on factors such as availability, fuel prices, ground fees and more.

If you are looking to purchase a King Air 360, the list price for a new one comes in at $7.9 million. Unfortunately there are no pre-owned examples on the market due to the newness of the aircraft.

The pricing and performance data of the King Air is an interesting comparison with the Pilatus PC-12 NGX. 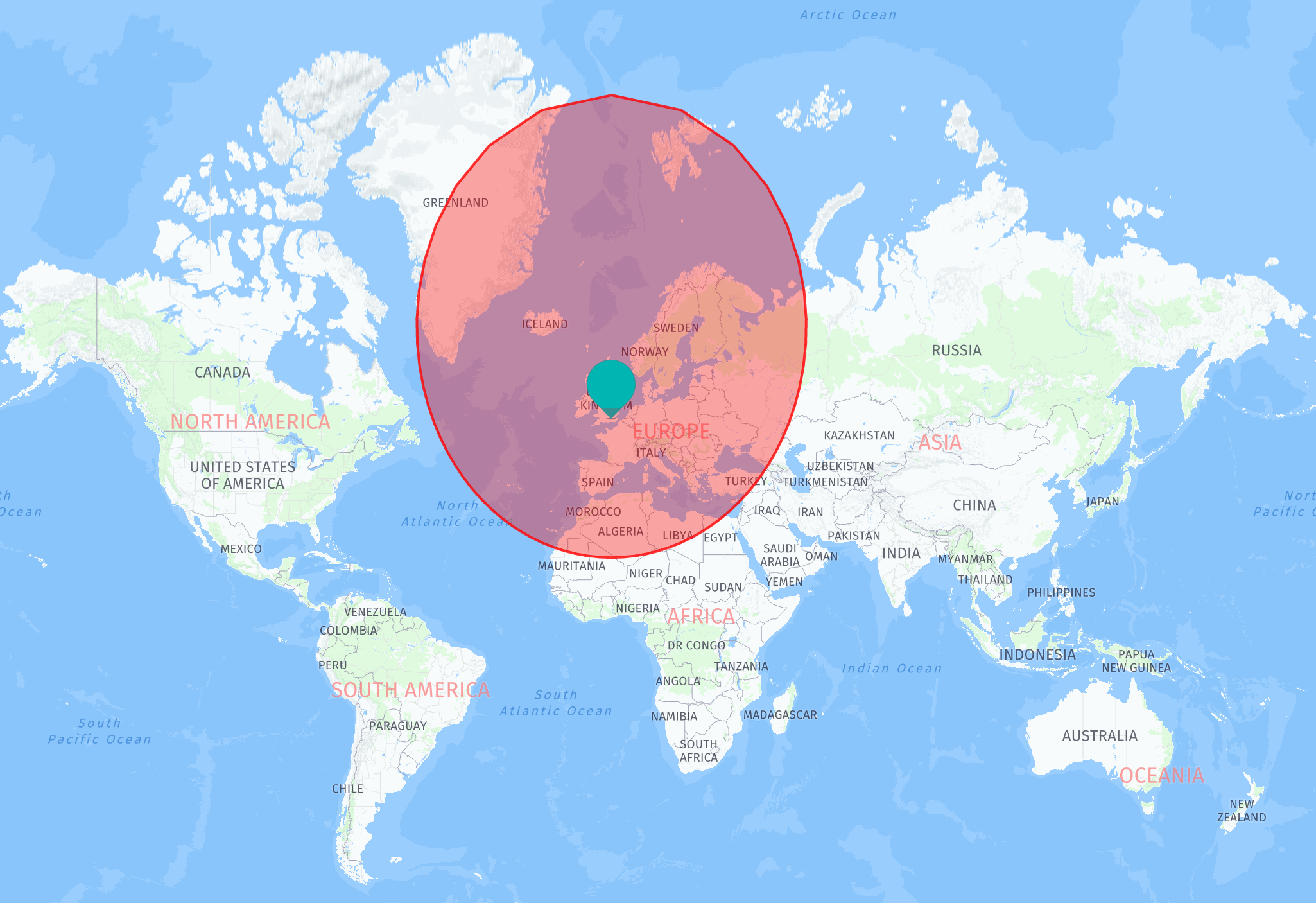