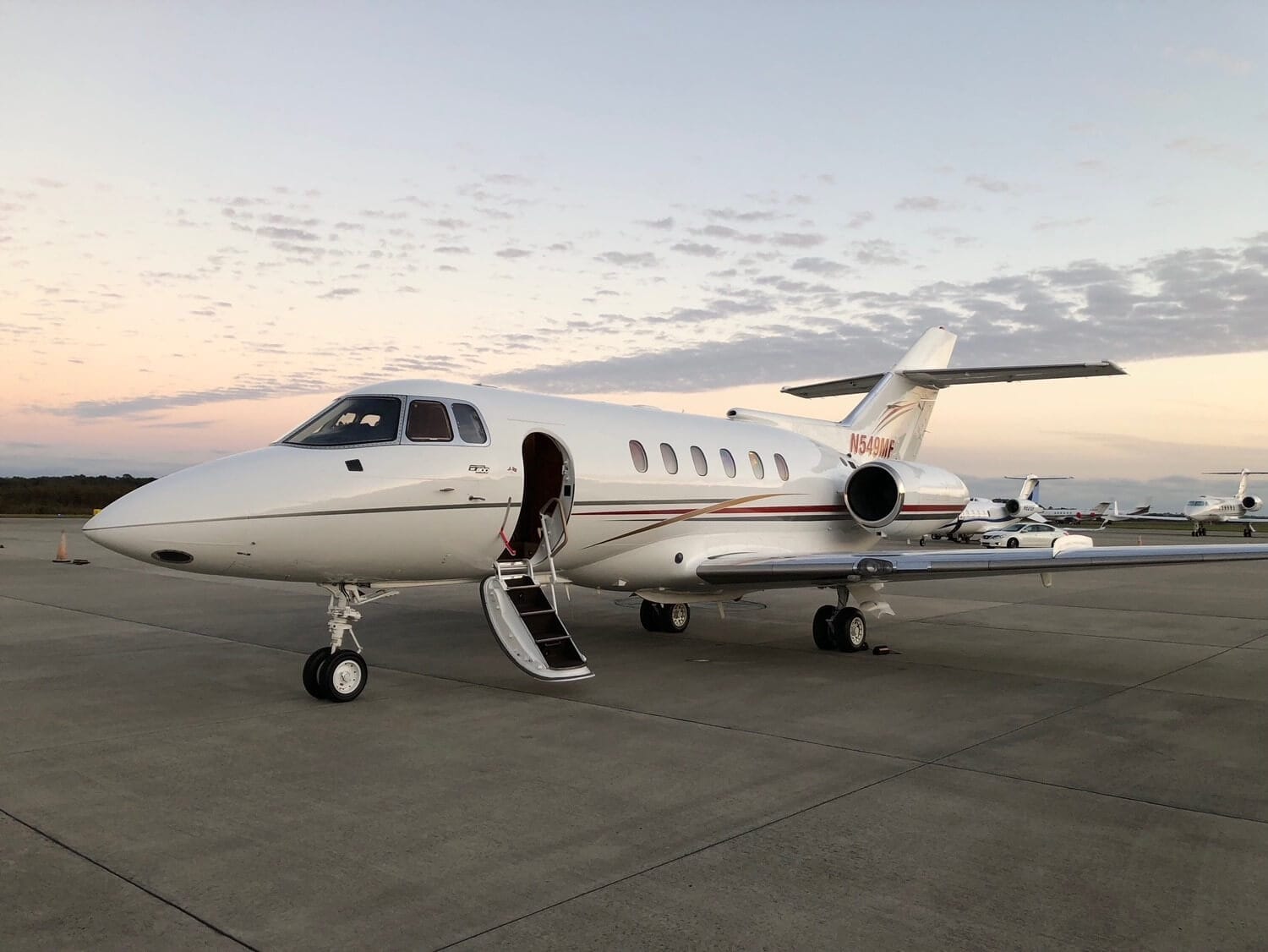 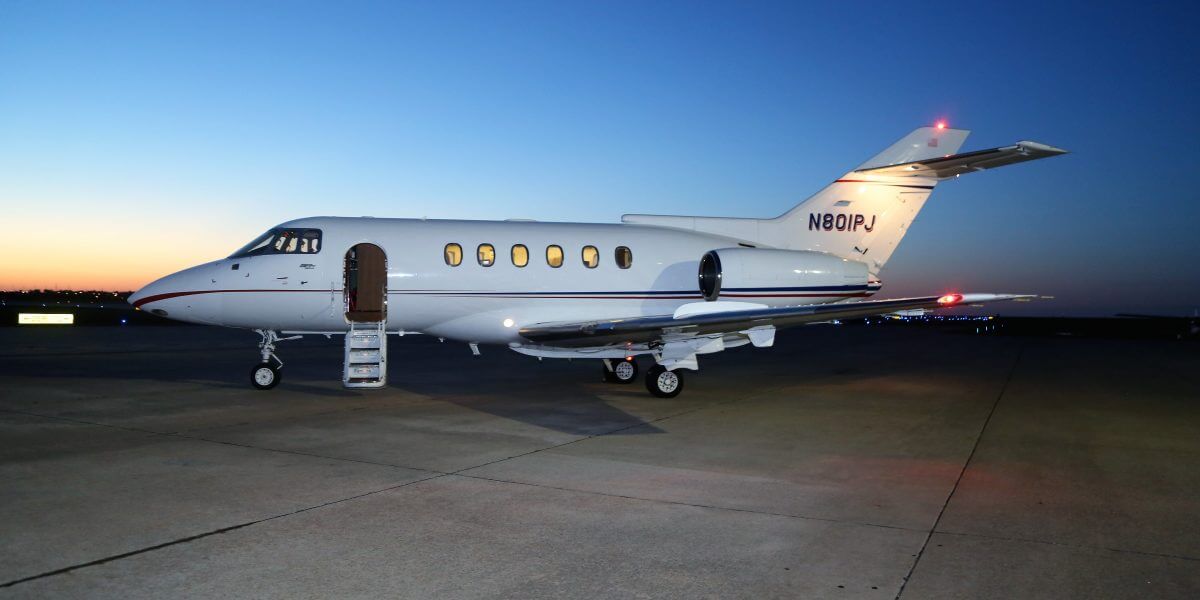 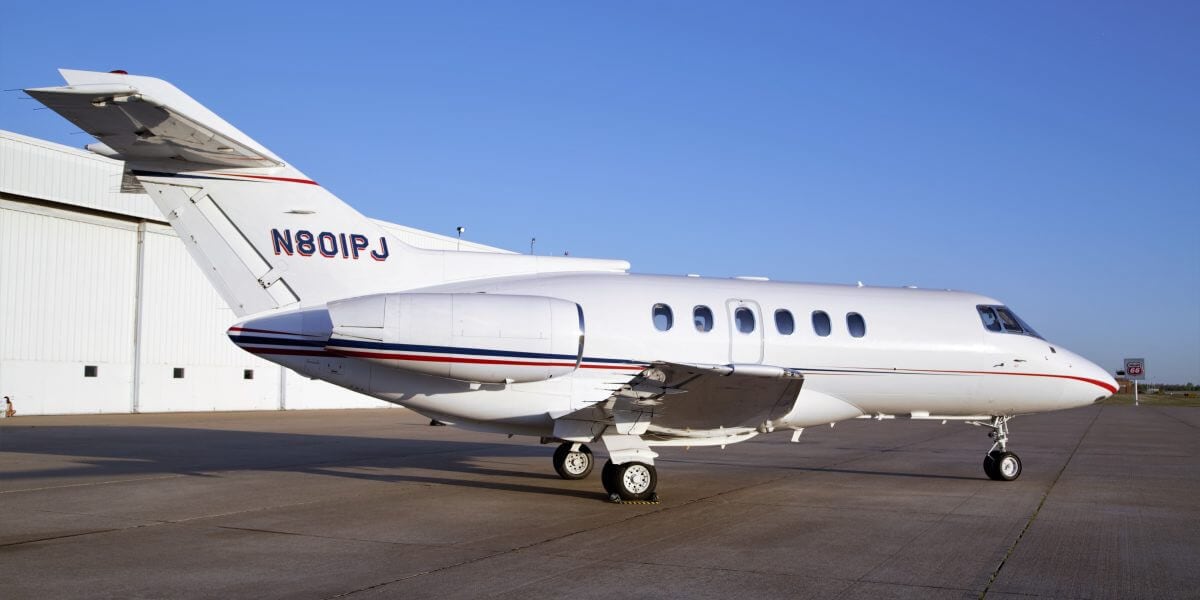 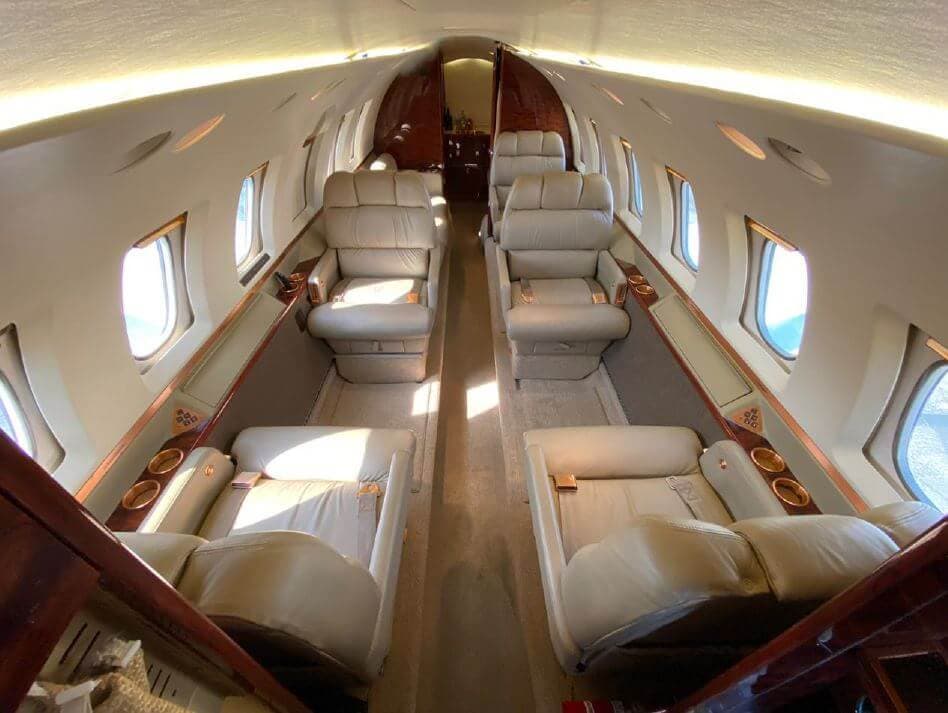 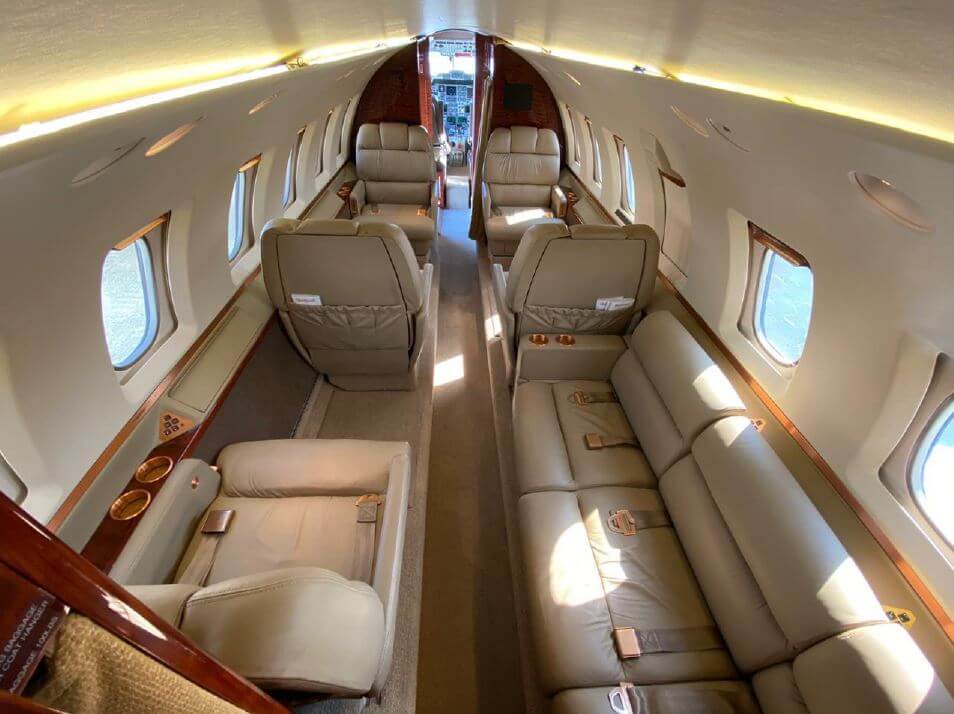 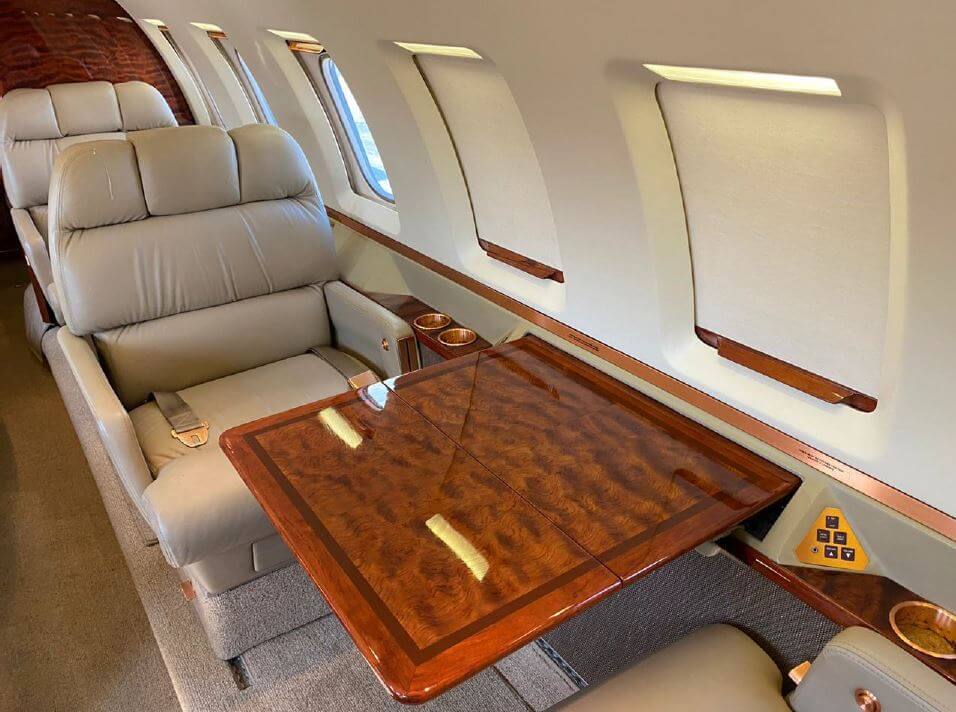 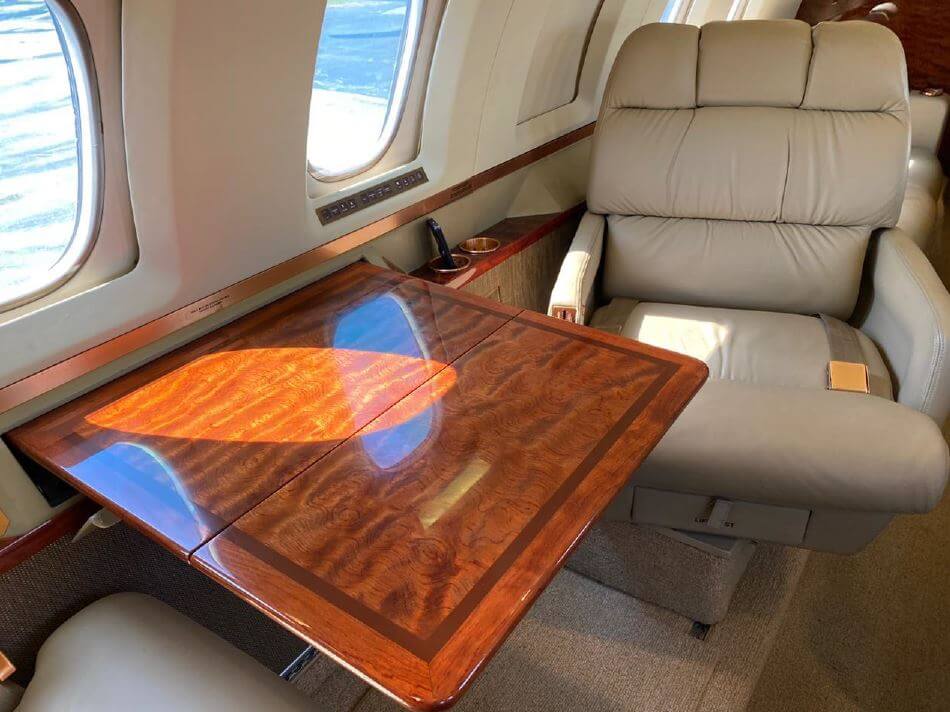 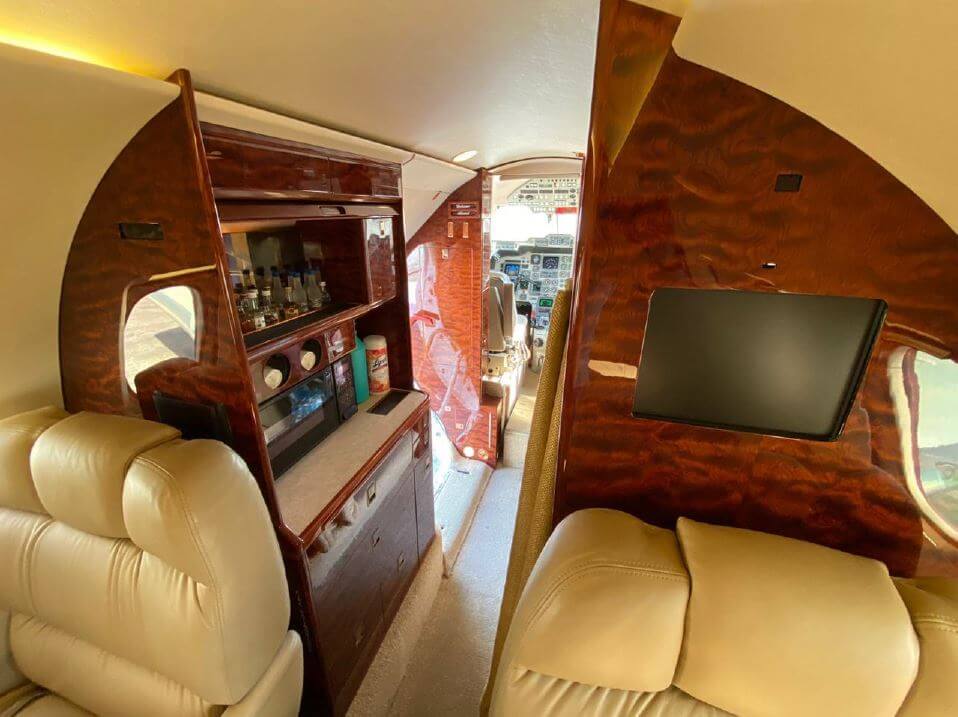 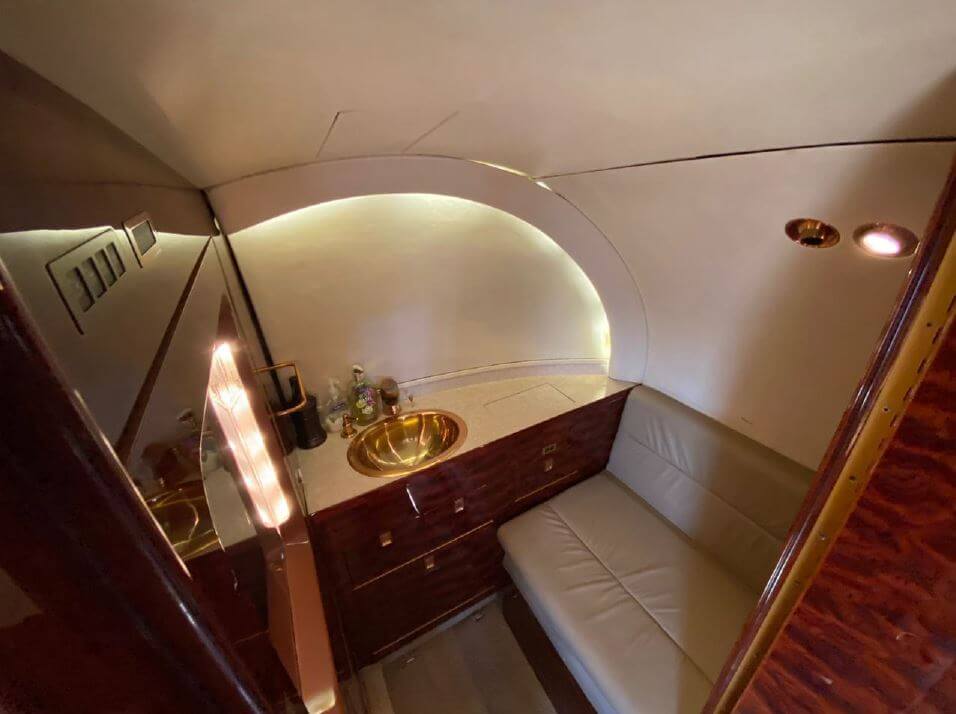 The Hawker 800A was the first of the -800 series, which by now includes the Hawker 800SP, 800XP, 800XPi, and 850XP. Needless to say, the private jets of the 800 series are among the most popular in the private jet industry and continue to meet the high-performance standards that they are known for.

Perhaps the most well-known member of the 800 series is the Hawker 800XP. How is the Hawker 800A different from the XP? Although the two private jets are a couple generations apart (the 800SP preceded the 800XP), they are strikingly similar.

Their cabins are identical (notably, the 800XP has 45 cubic feet of baggage space in an external compartment while the 800A has none at all). In its defense, the 800A is leaner by 600 pounds, and burns on average 30 gallons per hour less than the Hawker 800XP.

The lower average fuel burn can probably be attributed to the difference in average cruise speed of two private jets: the -800XP cruises at 403 knots, while the 800A can only achieve 95% of that speed.

The slightly slower speed of the Hawker 800A is due to its slightly less powerful engines: it uses two AlliedSignal TFE731-5R-1H engines, each capable of giving off 4,200 pounds of thrust on takeoff. While this is roughly 400 pounds less thrust than the -800XP, it is still quite sufficient for a private jet of its size.

The Hawker 800A reaches its highest cruise speed of 442 knots at 37,000 feet. For long-range cruise speeds, it flies at its maximum flight ceiling of 41,000 feet and averages a speed of 401 knots. While flying at high speed, the Hawker 800A burns 250 gallons per hour, about 68 gallons more than it burns while flying at long-range speeds. Its average fuel burn for an entire flight, including climb and descent, is 261 gallons per hour.

The Hawker 800A requires 5,600 feet of runway to take off at sea level. At an elevation of 5,000 feet and a temperature of 77°F, the requirement increases to 9,800 feet. After such a takeoff, the NBAA IFR range is 2,920 miles (2,539 nautical miles). Possible flights would include New York to Los Angeles or Singapore to Beijing.

The cabin measures 21.3 feet long by 6 feet wide by 5.8 feet tall giving it a total cabin volume of 604 cubic feet. The cabin of the Hawker 800A is typically configured with eight seats: a four-person club section, a three-person divan, and one forward-facing seat. The seats are fully adjustable and can swivel 360°.

Different soundproofing options are available, but cabin noise levels usually stay in the low 70-decibel range. It has a pressurization differential of 8.6 psi, thus allowing it to maintain a sea-level cabin at a maximum of 22,000 feet.

The cockpit of the Hawker 800A was one of the first to go entirely digital. All flight information is displayed on one of five screens. The avionics system itself is based on the Honeywell SPZ-8000 suite, which includes GPS, High-Frequency communications, GPWS (Ground Proximity Warning System), TCAS II (Traffic Collision Avoidance System), and dual autopilot.

The cost to charter this jet starts at around $4,100 an hour. Hourly charter rates do not include all taxes, fuel, and other fees. Charter costs will vary based on year of make/model, schedule, routing, passenger & baggage totals, and other factors.

The acquisition cost for this jet typically ranges from $3 million. The price of a jet depends on the production year; it can also go above the given range if the production is new. It will cost buyers around $1.1 million per year which includes fuel, crew members, and maintenance, etc. The price of a pre-owned example can be within $1-2 million. There are numerous sellers available on various sites. 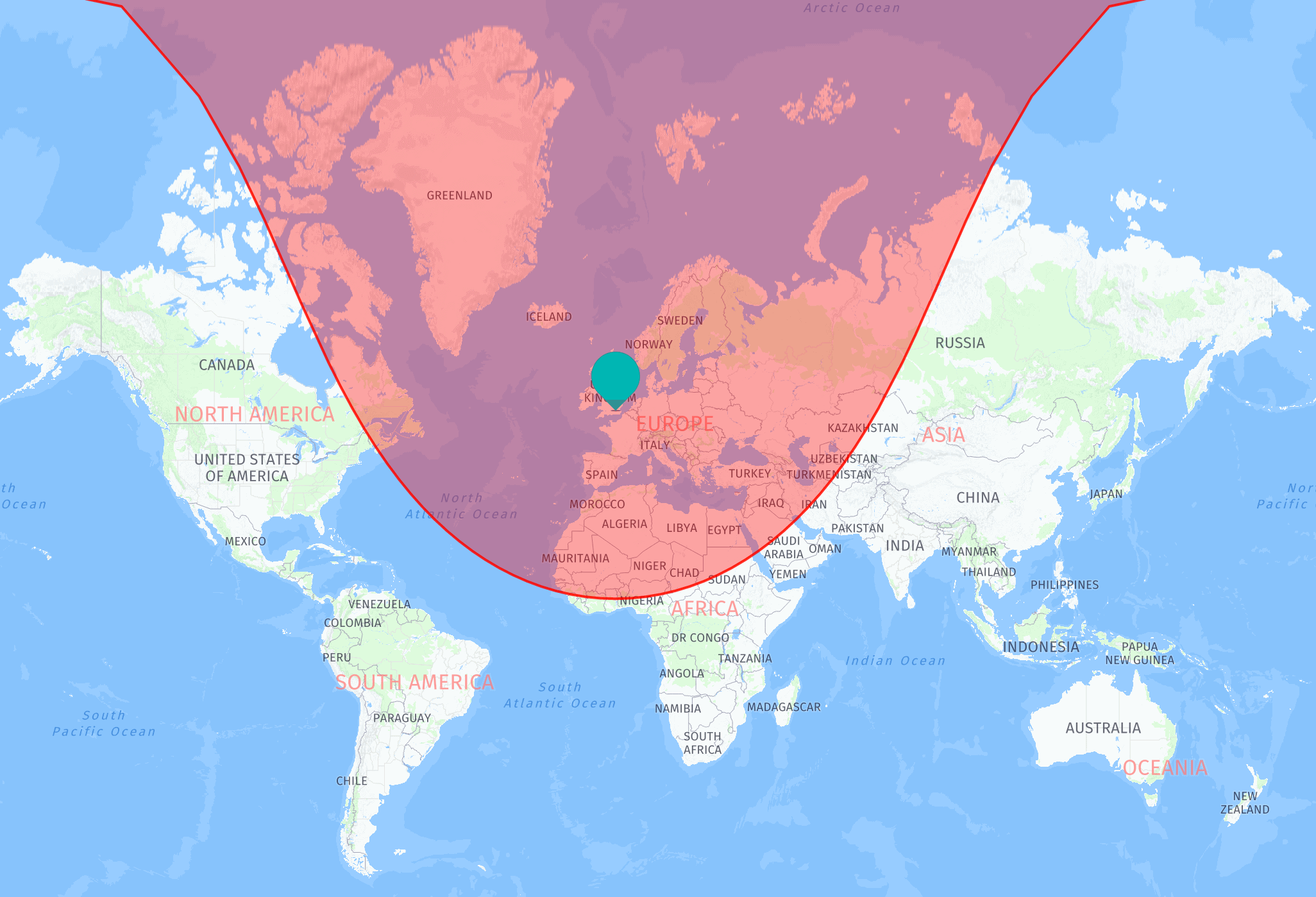