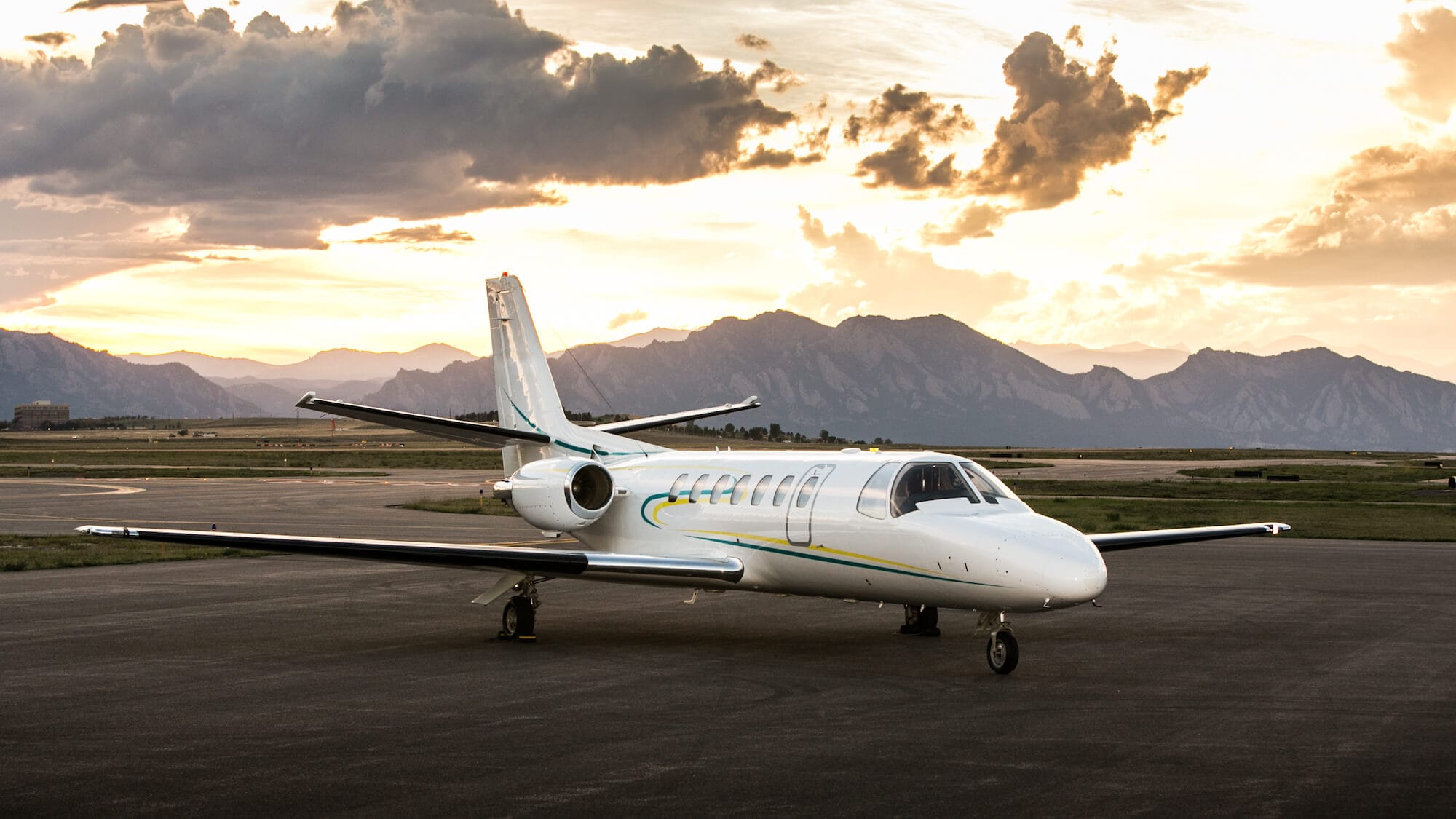 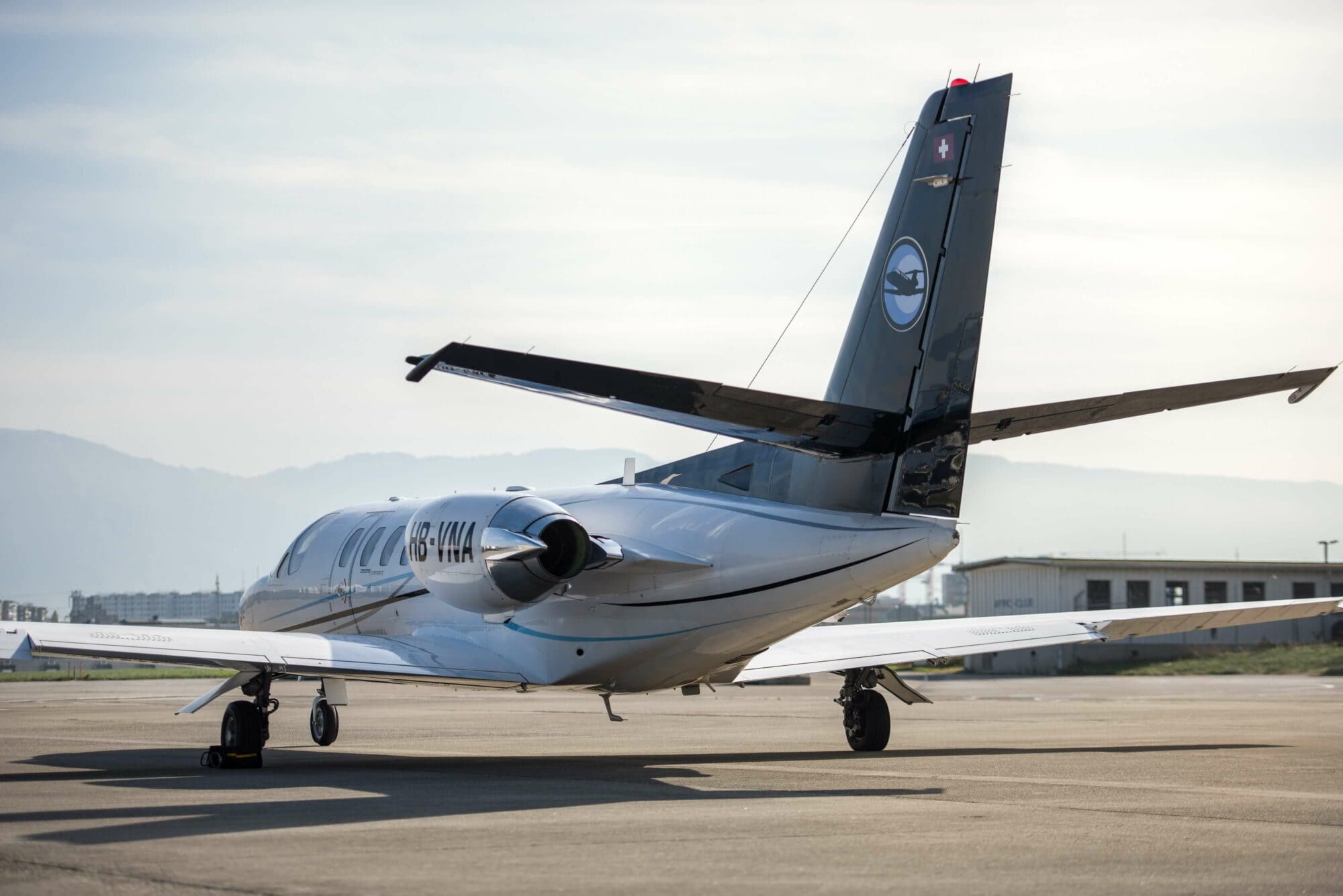 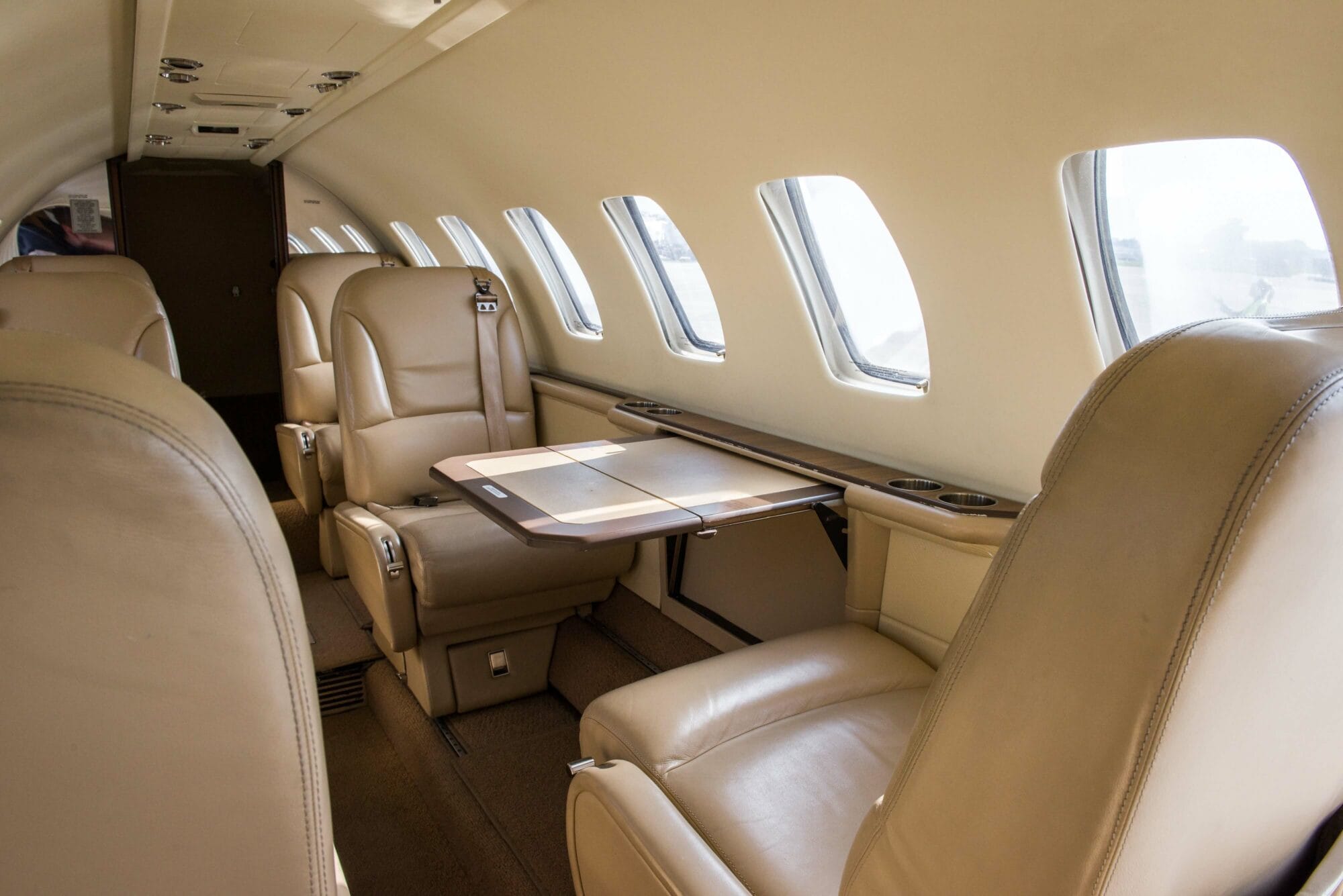 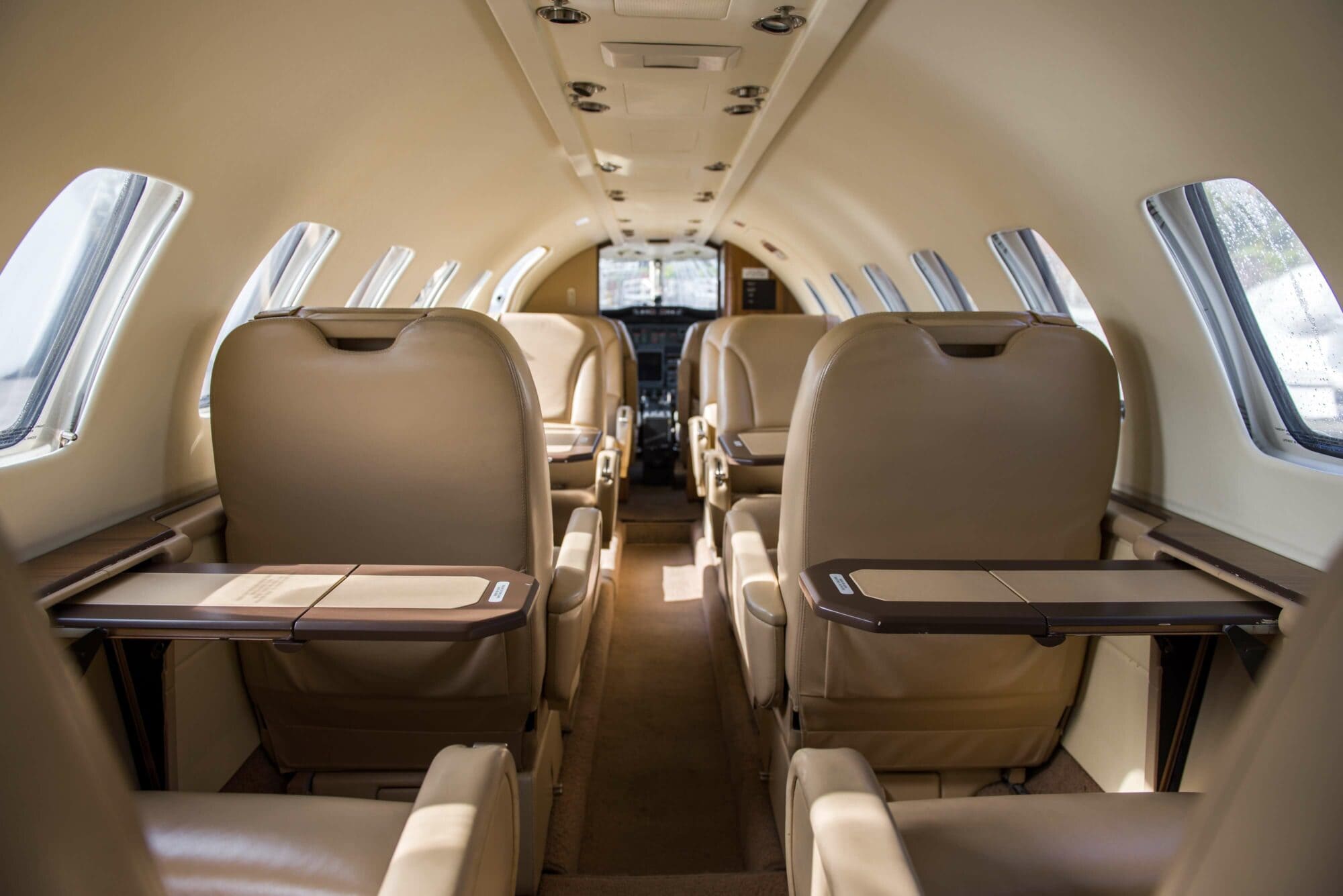 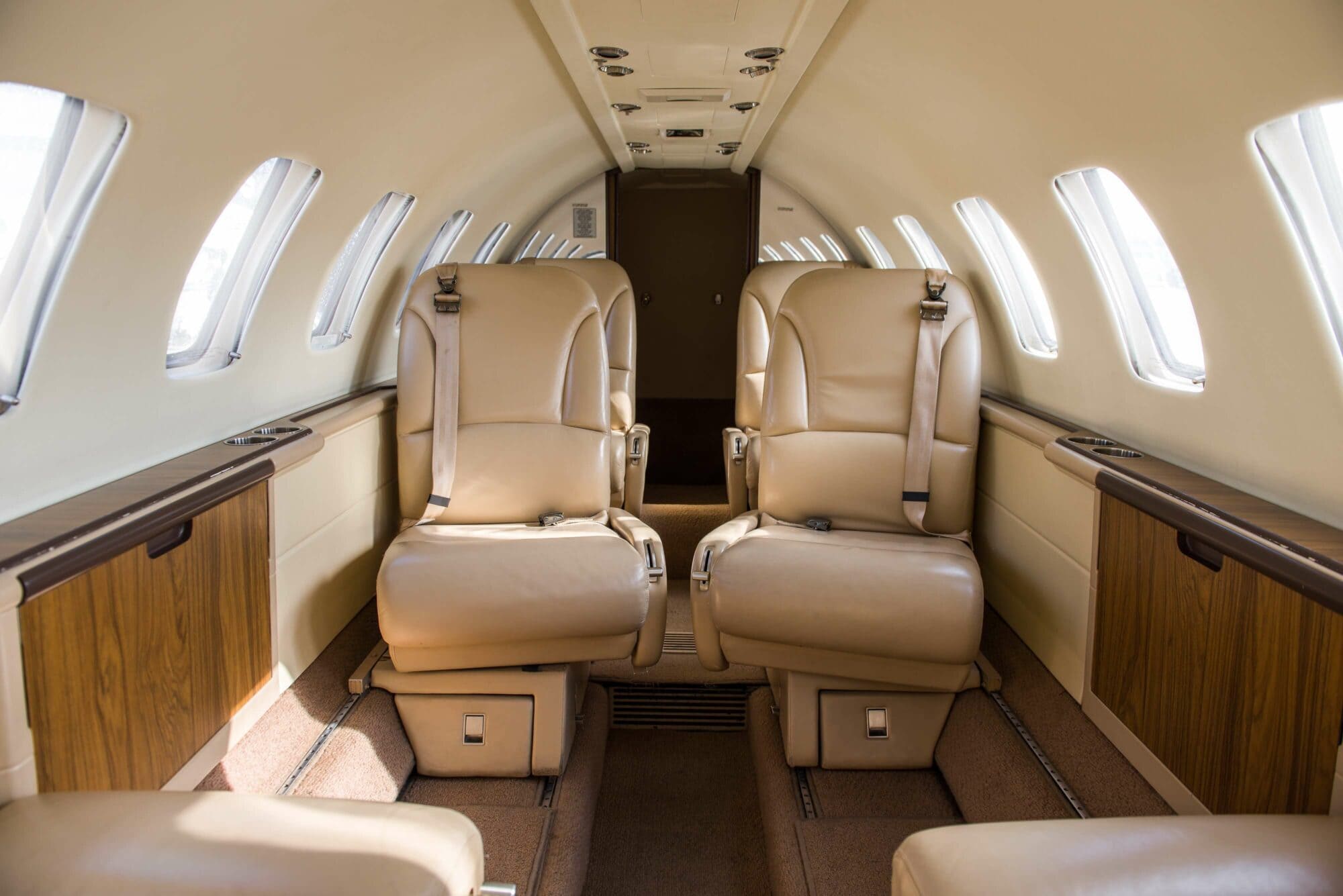 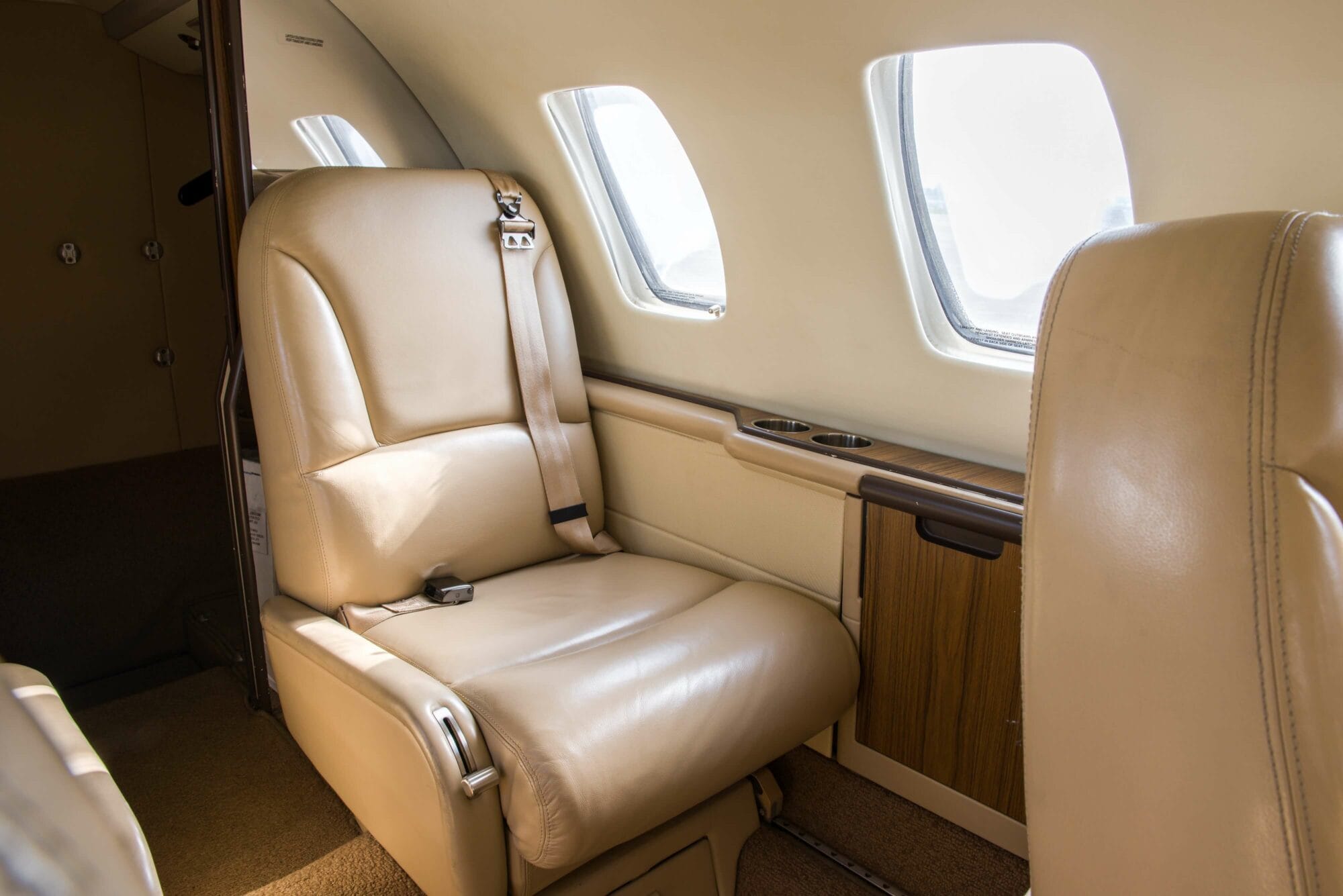 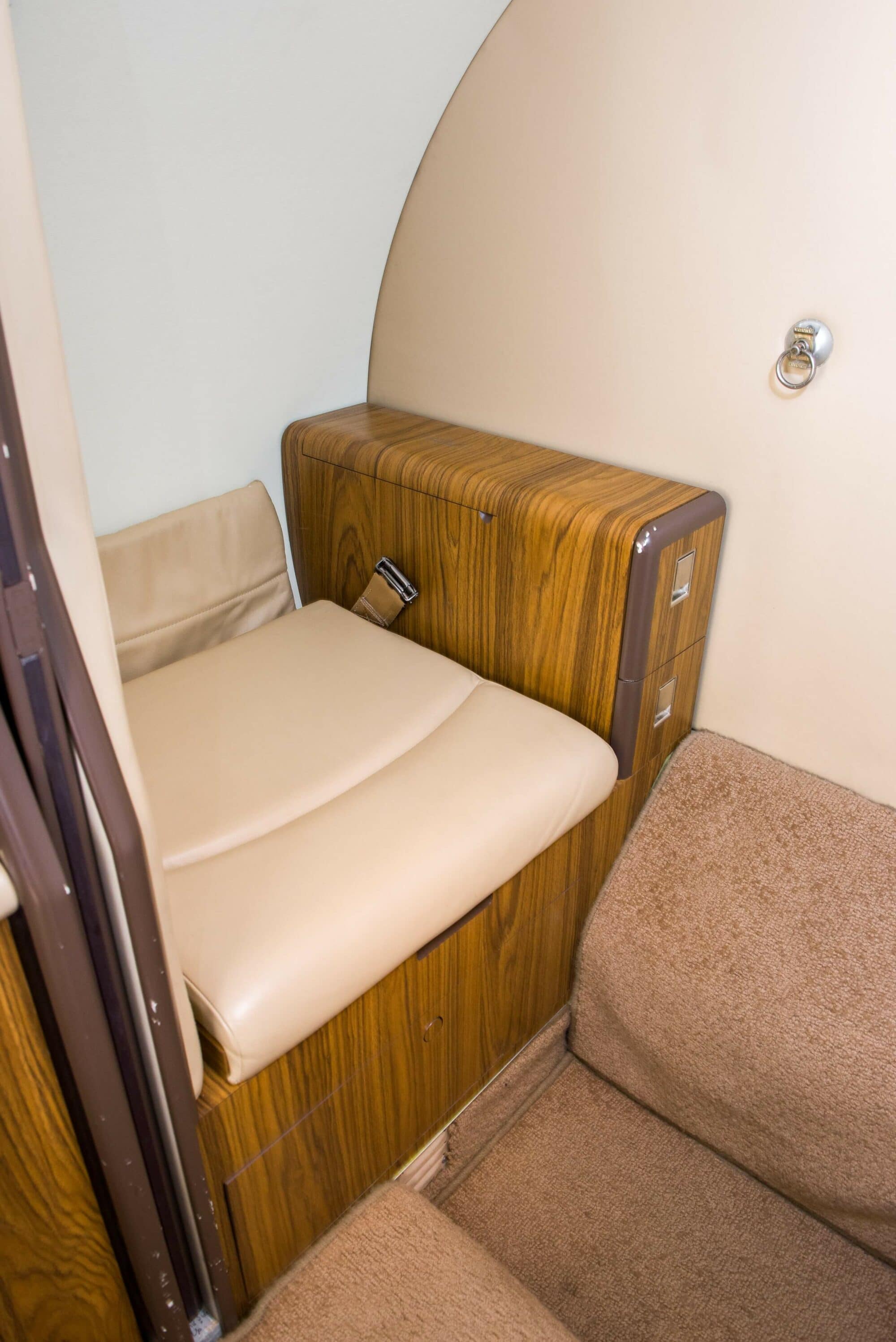 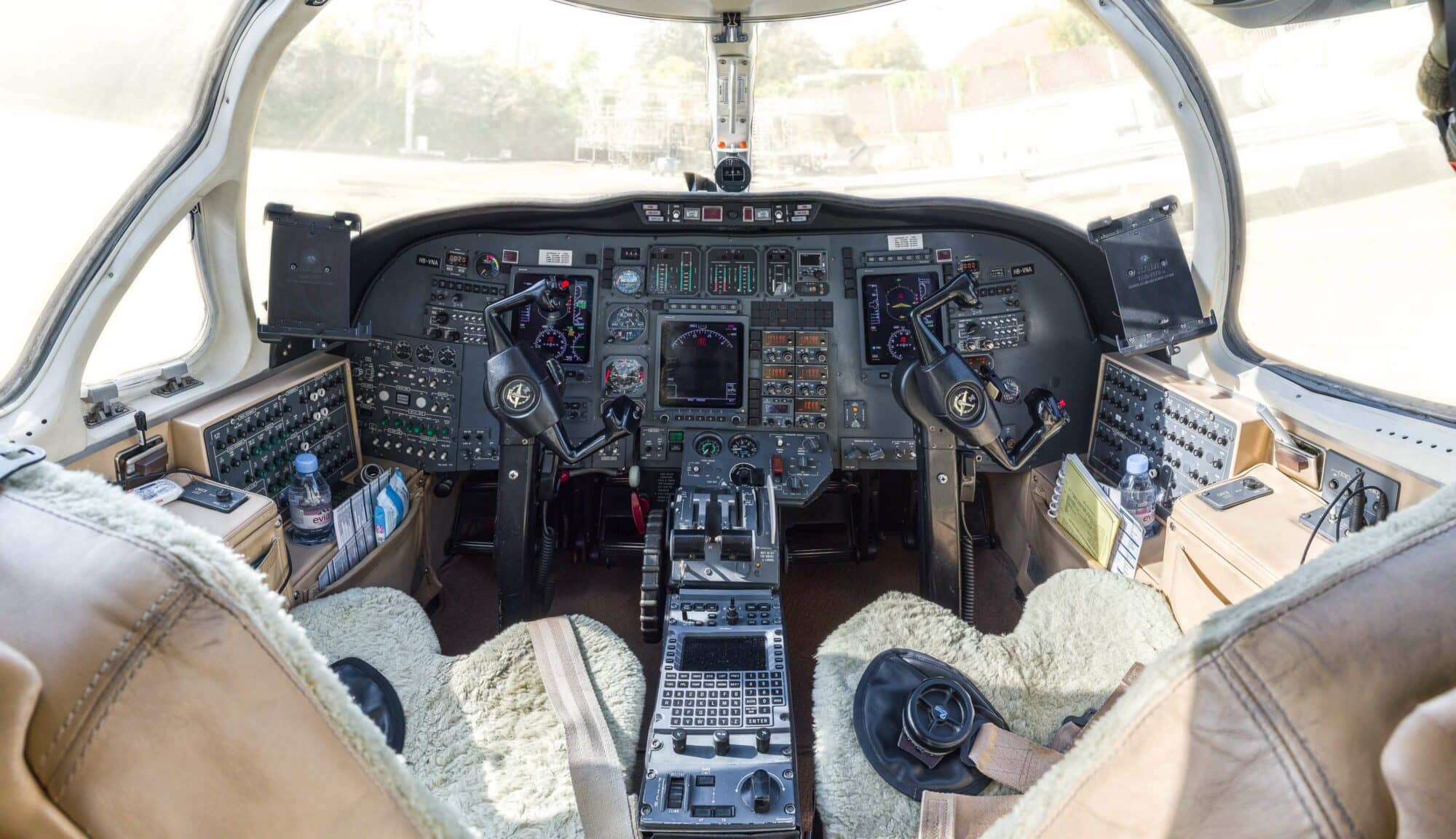 The Citation Ultra was launched in 1994 and was named Flying Magazine’s “Best Business Jet”. Production ended in 1999 following the completion of 279 deliveries.

The Citation V Ultra comes equipped with two Pratt and Whitney JT15D-5D turbofan engines. Each engine is rated to produce 3,045 pounds of thrust, largely contributing to the impressive performance specifications of this private business jet. Even when loaded to its maximum take-off weight of 16,300 pounds, the Citation V Ultra needs only 3,200 feet of runway to take off on a standard day.

At its maximum landing weight, this private business jet requires less than 2,200 feet of runway to land on a standard day. For a swift flight, the Citation V Ultra is capable of maintaining 426 knots at a comfortable altitude of 37,000 feet in a high-speed cruise configuration. For a flight to a further destination, a long-range cruise speed of 374 knots is maintained at the Citation V Ultra’s maximum certified service ceiling of 45,000 feet.

The Citation V Ultra is usually configured to accommodate eight passengers but can be rearranged to seat as many as eleven. The cabin of the Citation V Ultra has the longest cabin in its light private jet class and measures 17.3 feet long, 4.8 feet wide, and 4.6 feet in height.

This private business jet offers 63 cubic feet of storage, capable of stowing roughly 1,450 pounds of baggage to meet all of your luggage needs. Fourteen windows surround the cabin, allowing for a bright and relaxing atmosphere. With a 5 inch dropped aisle, the walkways allow for 55.3 inches of standing room for customer comfort.

This advanced avionics suite utilizes three eight-inch by seven-inch CRT screens to include primary flight displays (PFDs) and a center multi-function display (MFD). In addition, most panels have been updated to include traffic and terrain avoidance systems. To improve pilot hand-eye coordination and decrease complexity, relevant controls are directly on the screens’ faceplates.

The cost to charter this jet starts at around $2,800 an hour. Hourly charter rates do not include all taxes, fuel, and other fees. Charter costs will vary based on year of make/model, schedule, routing, passenger & baggage totals, and other factors.

The acquisition cost for this jet typically ranges from $5.5 million. The price of a jet depends on the production year; it can also go above the given range if the production is new. It will cost buyers around $1million per year which includes fuel, crew members, and maintenance, etc. The price of a pre-owned example can be within $2-3 million. There are numerous sellers available on various sites. 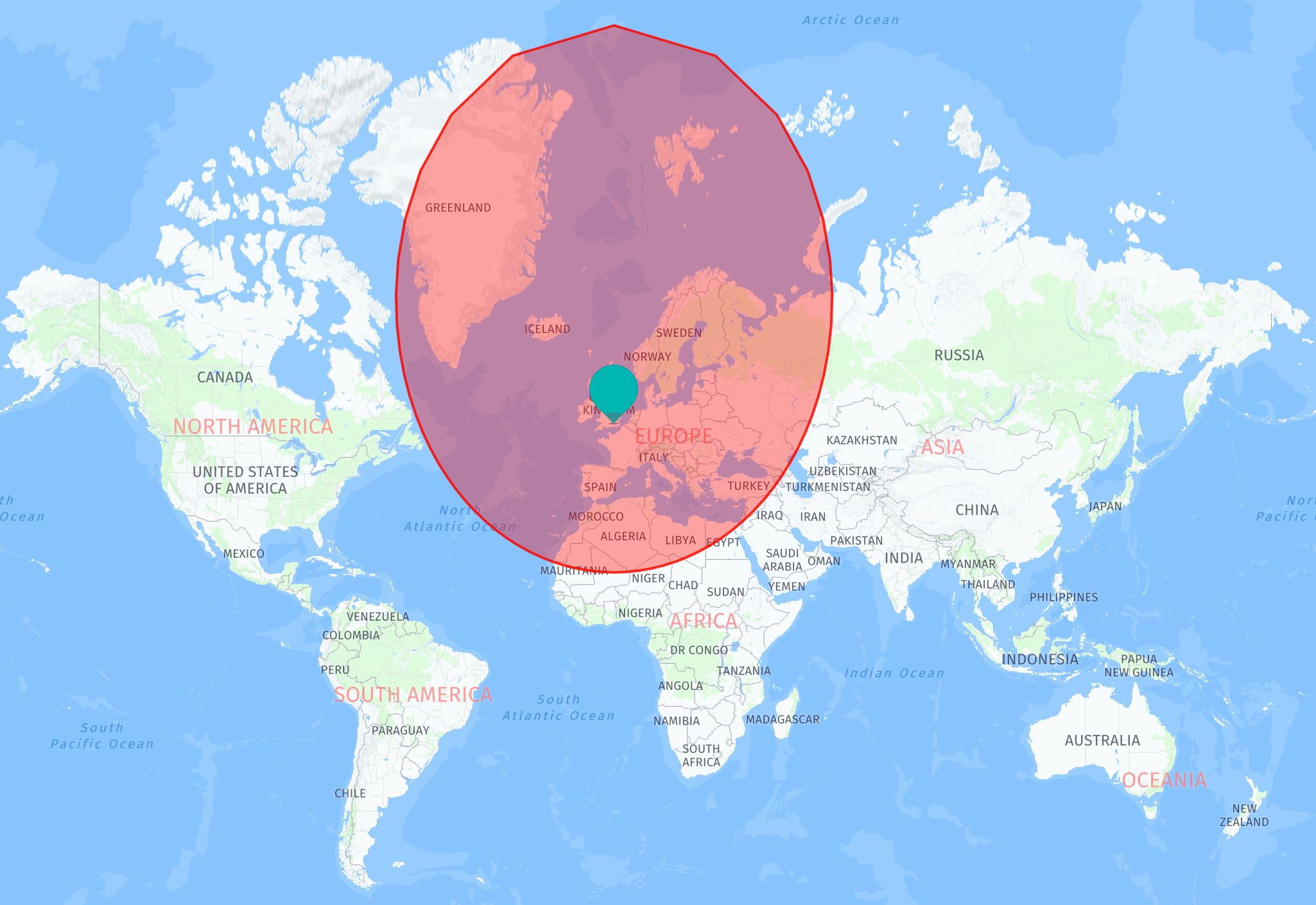