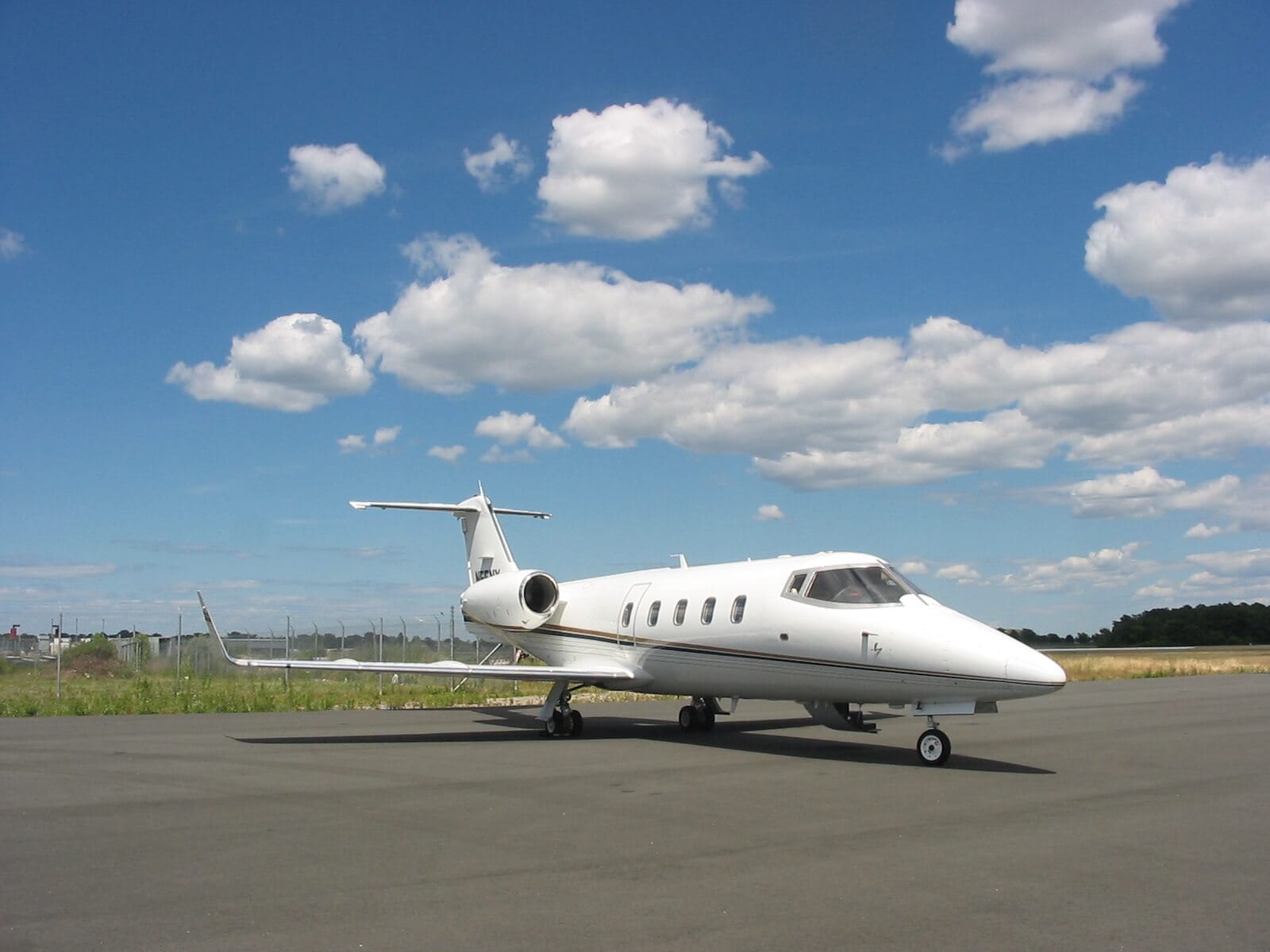 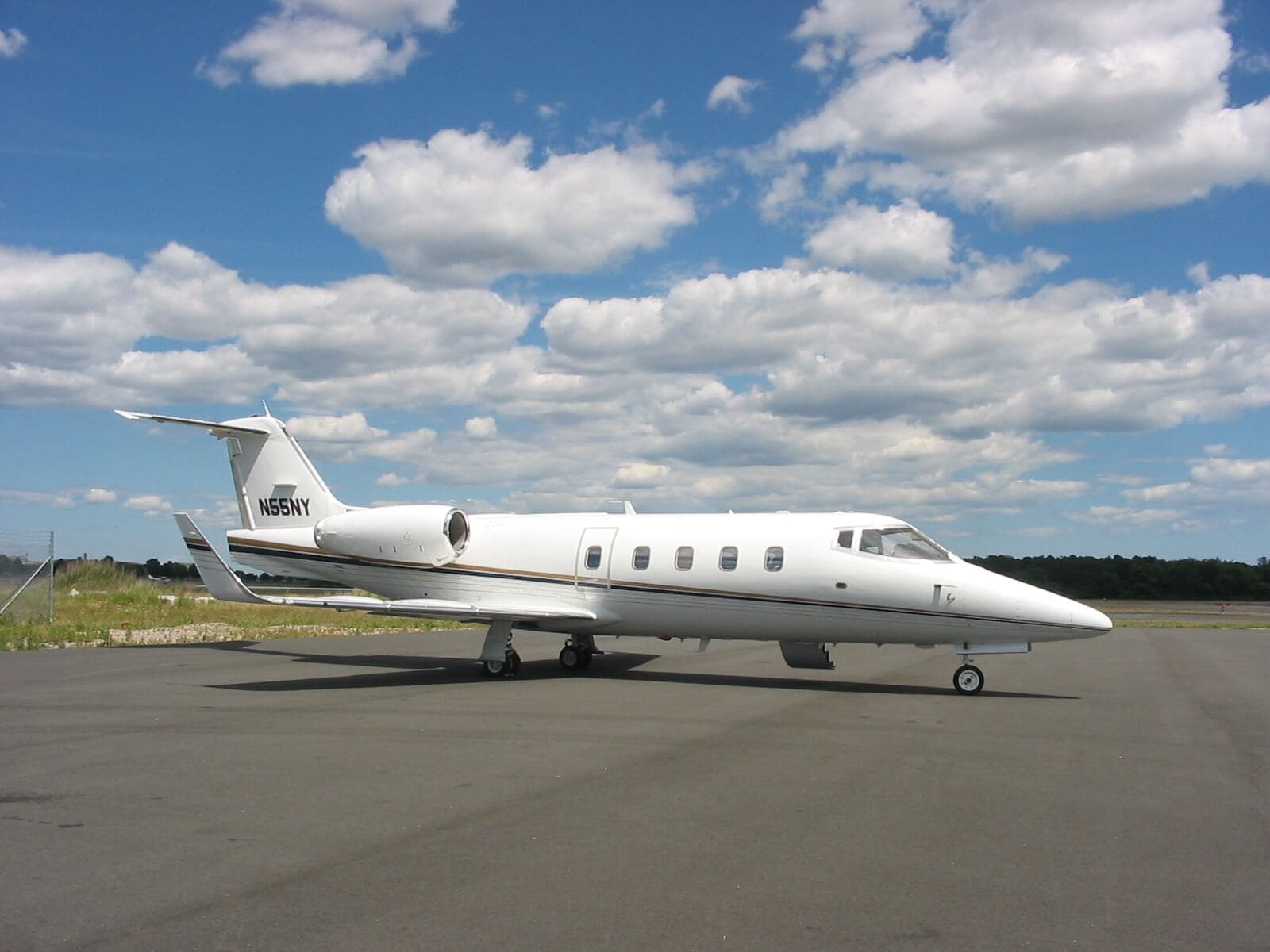 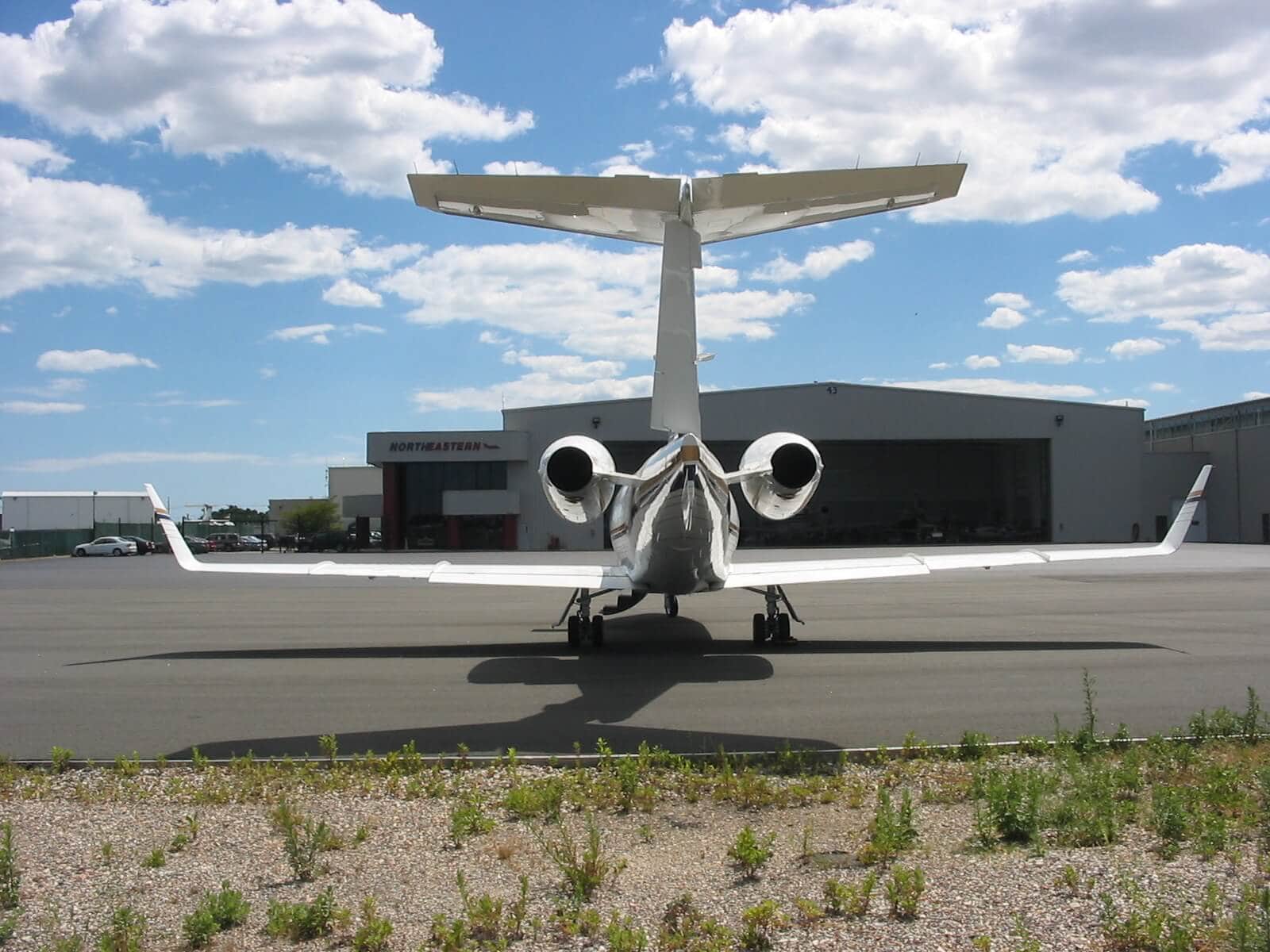 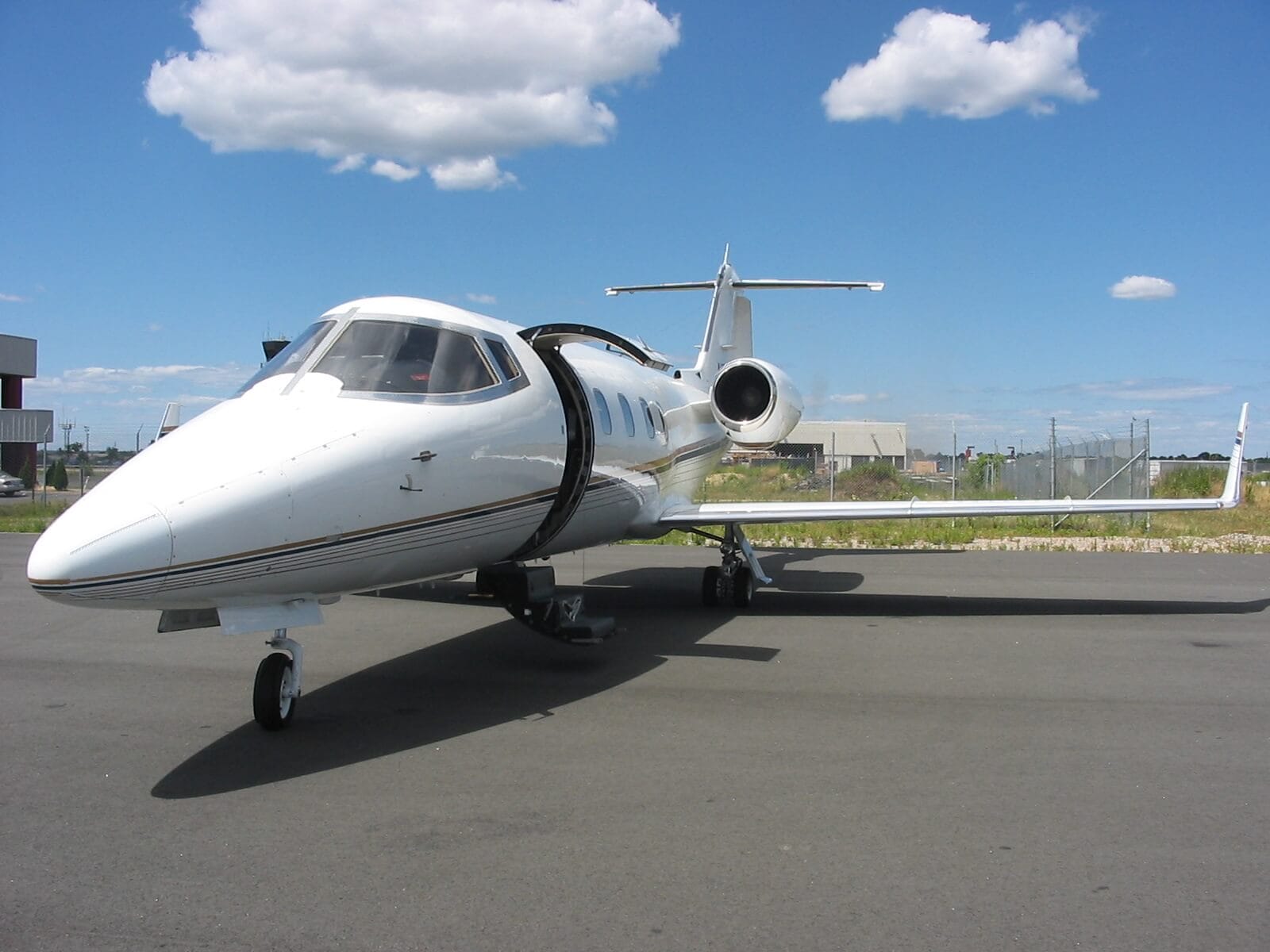 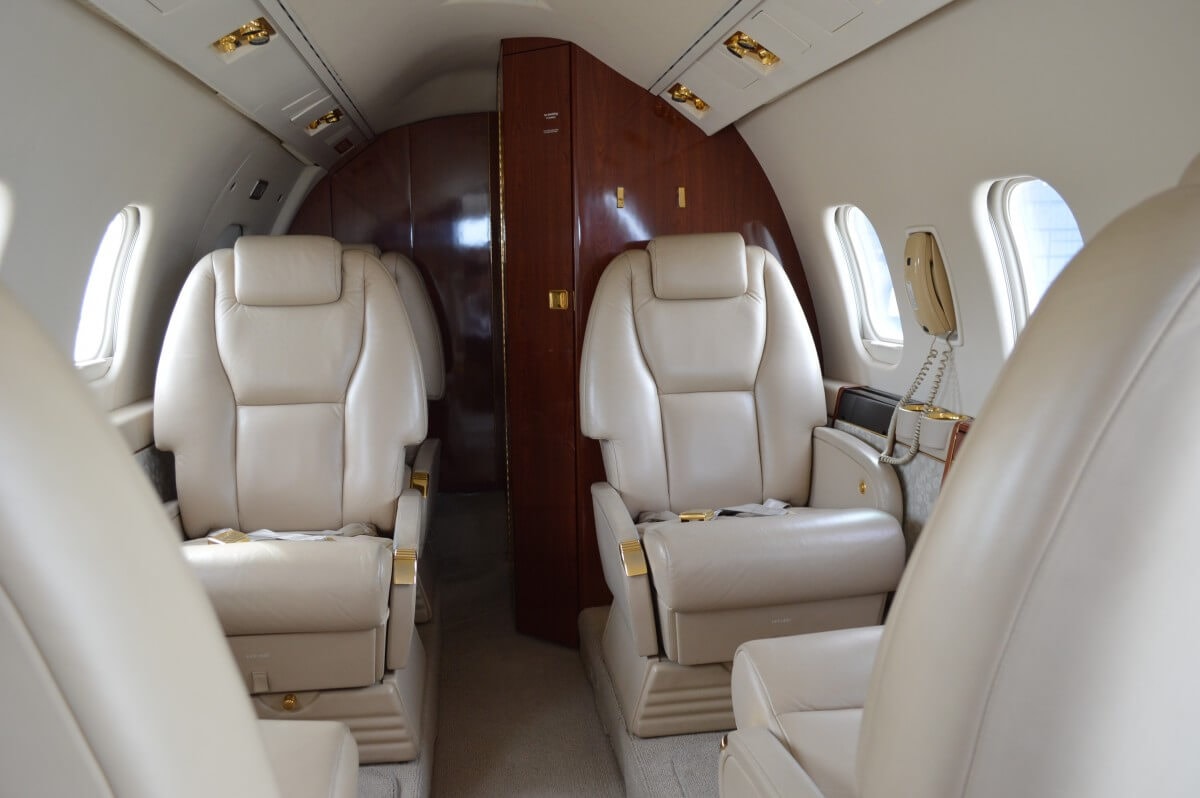 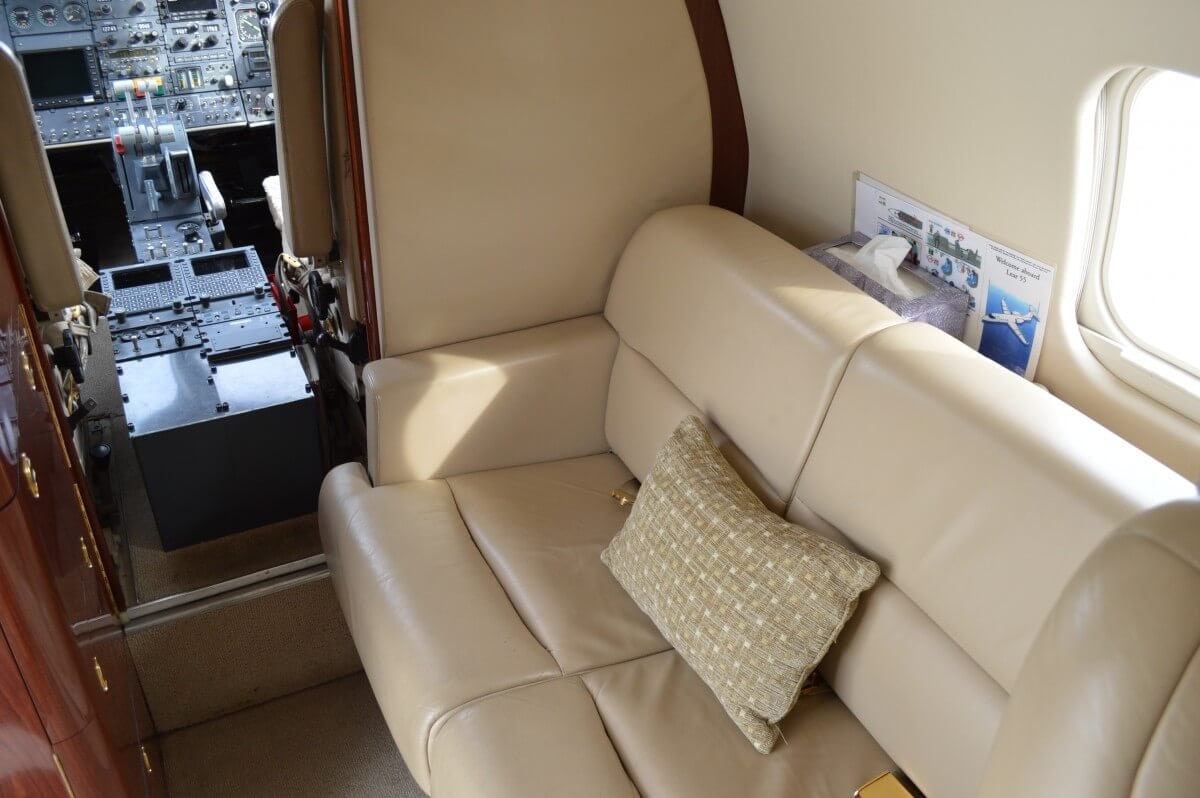 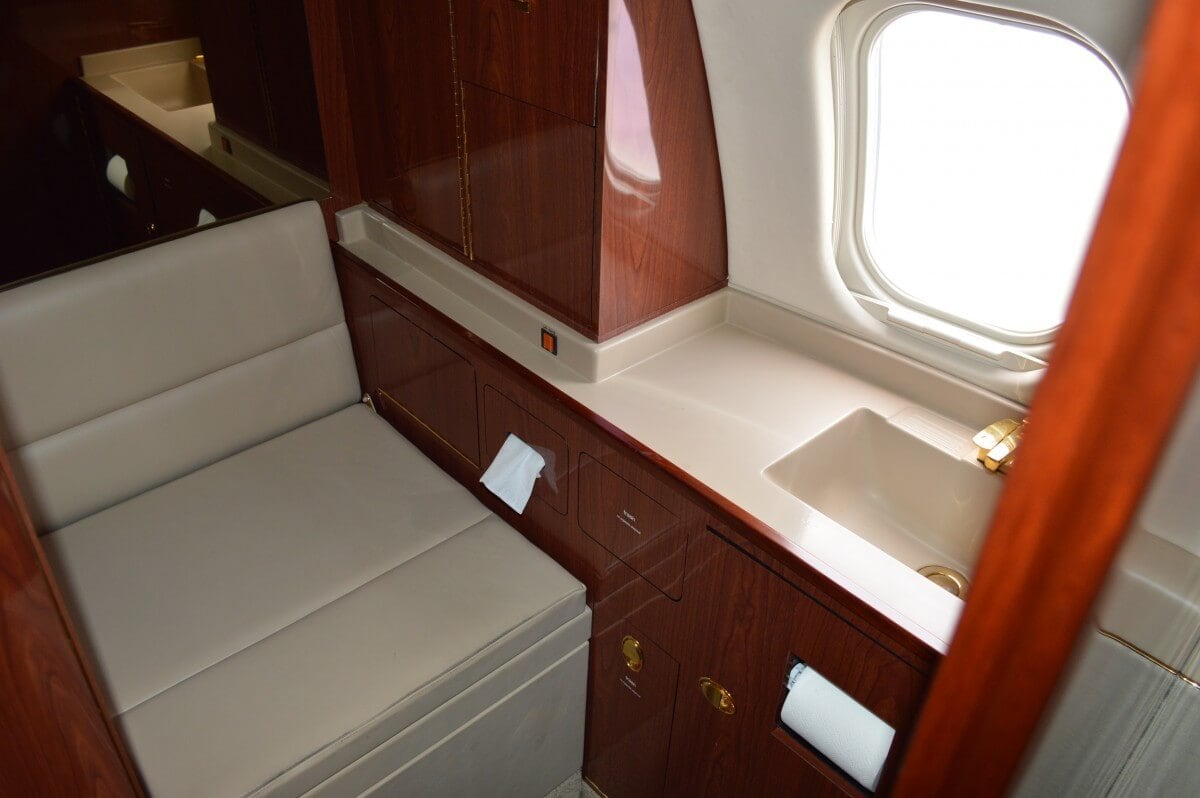 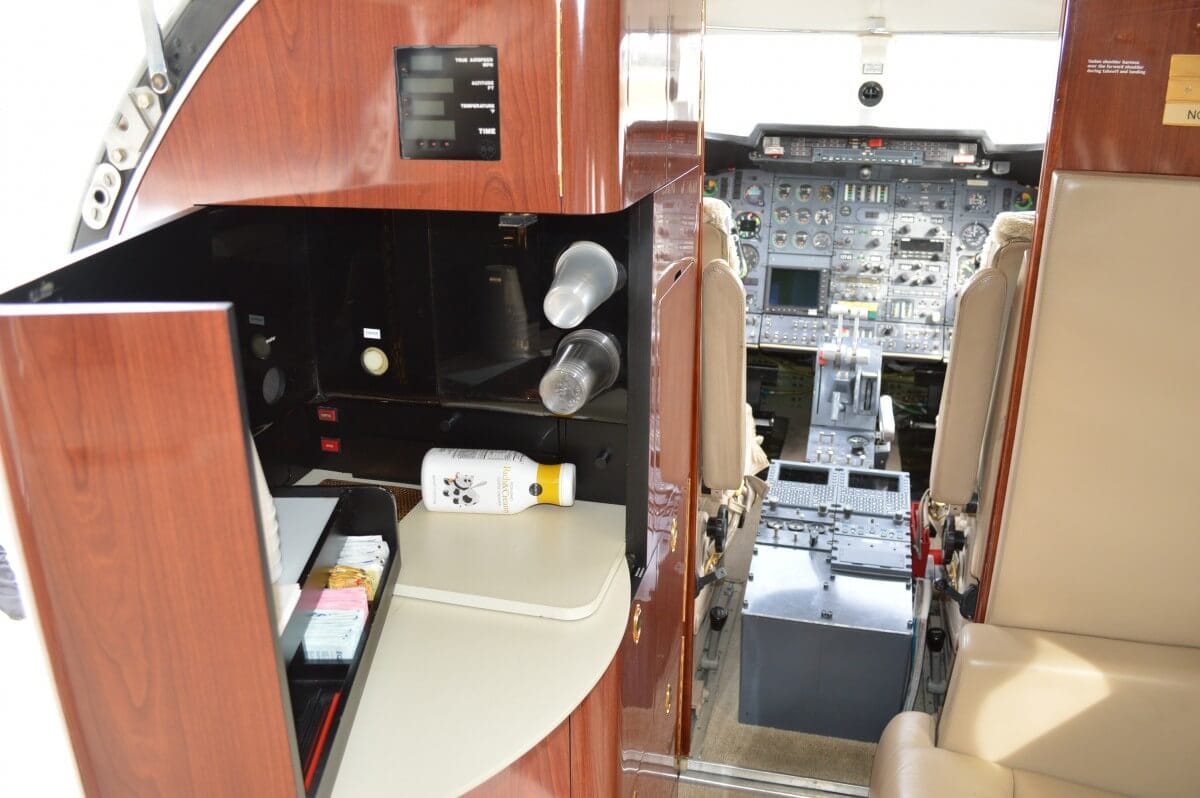 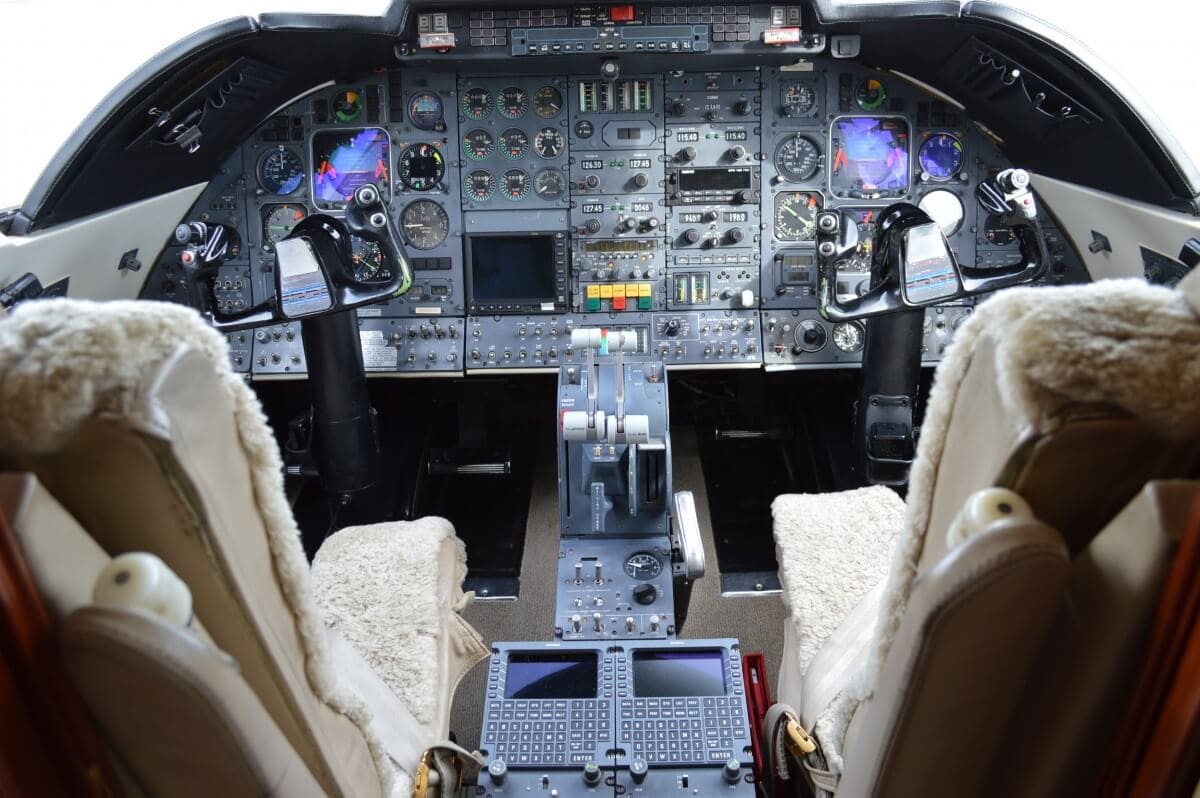 The Learjet 55 is equipped with an impressive range capability and is recognized for providing impeccable performance and an excellent private jet charter flight experience. The Lear family has proved to be a steady provider of private business jets with impressive performance specifications and innovation since the introduction of the original Lear 23 in 1963, and the Learjet 55 continues this legacy.

The Learjet 55 prototype first flew in April of 1979, and the model received Federal Aviation Administration (FAA) certification in March of 1981. The design for the Learjet 55 came from both the Learjet 20 series and the Learjet 30 series in its wing design and engine selection, respectively. Featured on the Learjet 55 was a redesigned cabin, the largest cabin to have been used on a Learjet model. Production on the Learjet 55 started in 1981 and ended in 1986. 120 aircraft have been built so far.

The Learjet 55 comes equipped with two Honeywell TFE731-3A-2B turbofan engines. Each engine is rated at 3,700 pounds of thrust at take-off. These engines feature a fuel consumption rate of 188 gallons per hour, rendering the Learjet 55 an economical option. The Learjet 55 requires 5,600 feet of runway to take off at sea level on a standard day. At an airport with an elevation of 5,000 feet, this take-off requirement increases to 9,400 feet of runway.

The cabin of the Learjet 55 is typically set to accommodate seven or eight passengers but can be arranged to seat ten in a high-density configuration. A typical seating configuration is a club arrangement, featuring a side-facing bench and an aft seat. The cabin of the Learjet 55 measures 13.7 feet in length, reaches 5.7 feet in height and stretches to a width of 5.9 feet.

With this stand-up cabin design, the cabin of the Learjet 55 features 50% more volume than its predecessors. This private business jet features two Class D external storage compartments and additional storage space inside the cabin, aft of the lavatory.

With a maximum cabin pressure differential of 9.4 psi, the Learjet 55 is capable of maintaining a sea-level cabin altitude at an altitude of 25,700 feet. Amenities incorporated into the Learjet 55 include a half-width lavatory, internal and external baggage space, and a small galley.

The cost to charter this jet starts at around $3,050 an hour. Hourly charter rates do not include all taxes, fuel, and other fees. Charter costs will vary based on year of make/model, schedule, routing, passenger & baggage totals, and other factors.

The acquisition cost for this jet typically ranges from $4 million. The price of a jet depends on the production year; it can also go above the given range if the production is new. It will cost buyers around $1.3 million per year which includes fuel, crew members, and maintenance, etc. The price of a pre-owned example can be within $500,000 to 1 million. There are sellers available on various sites. 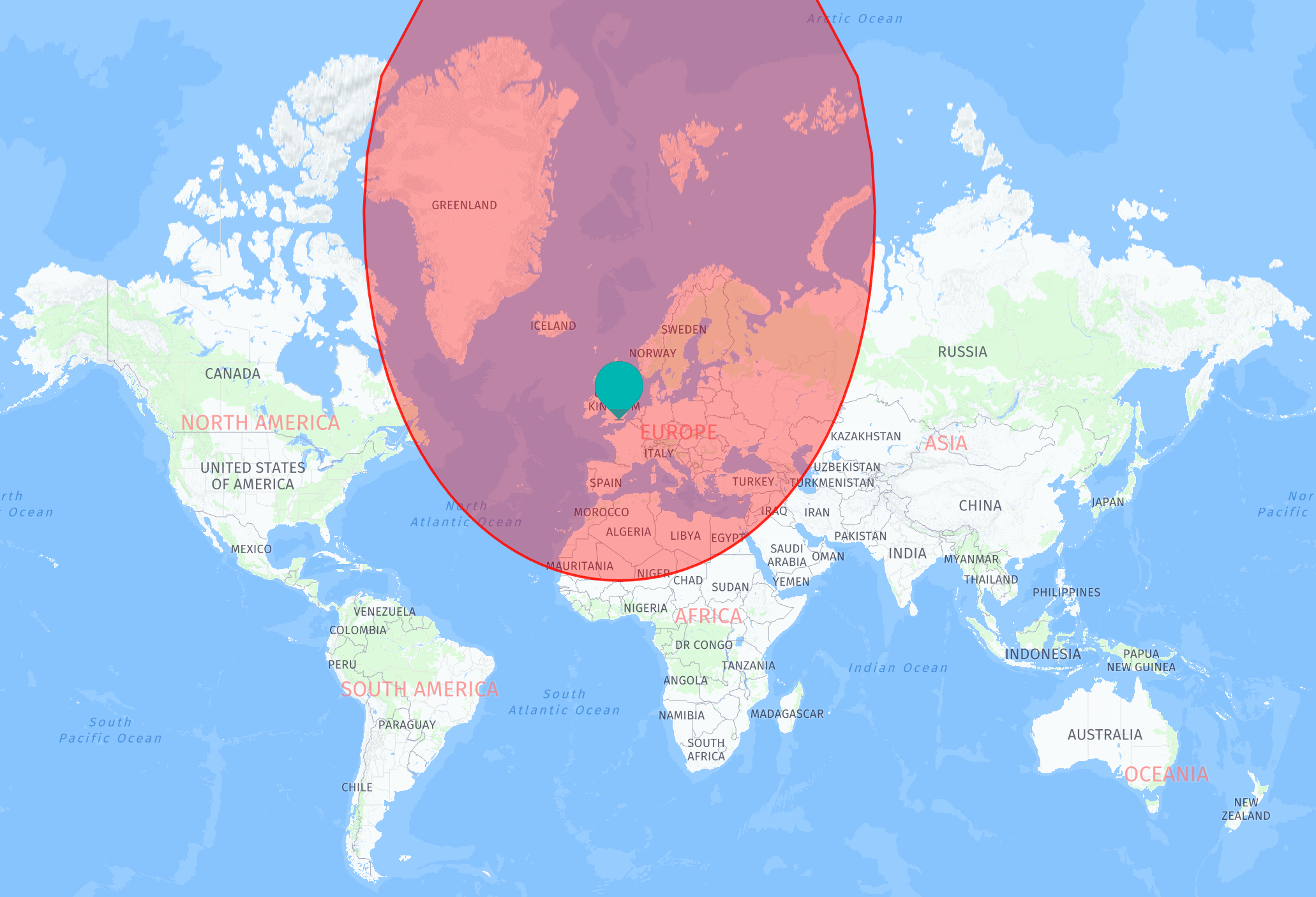