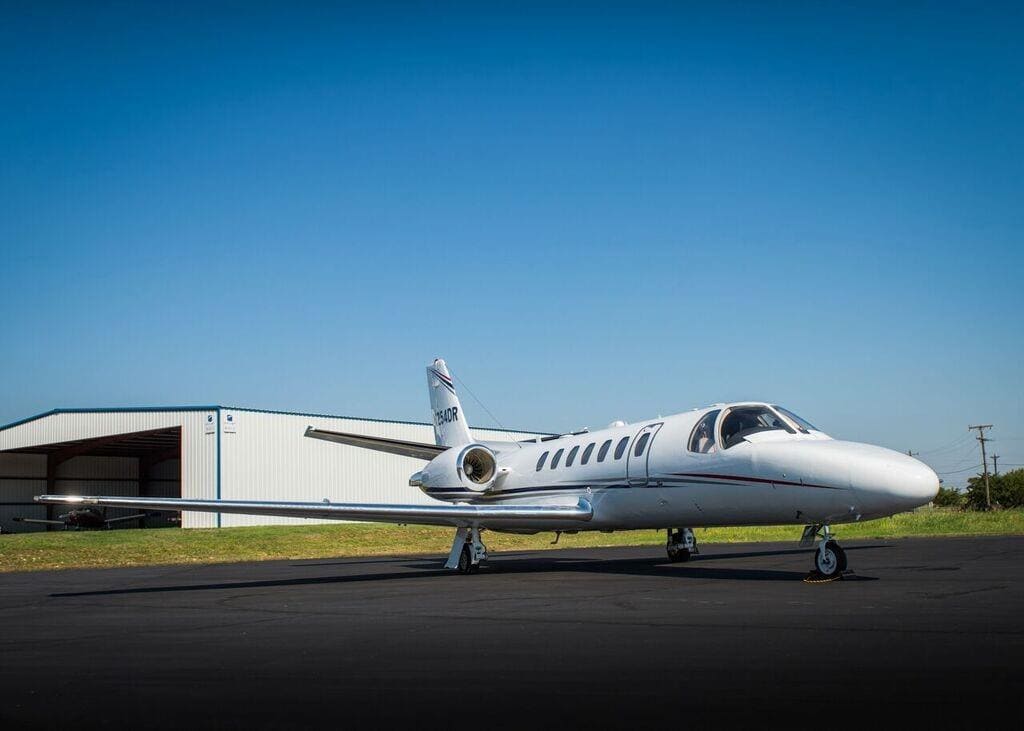 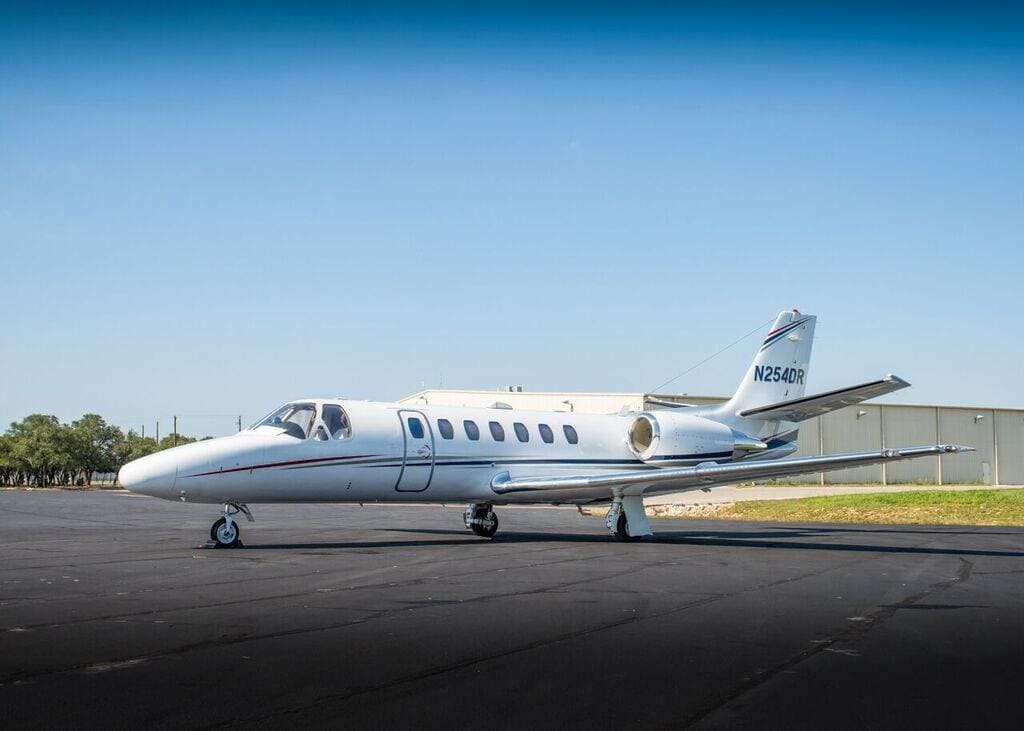 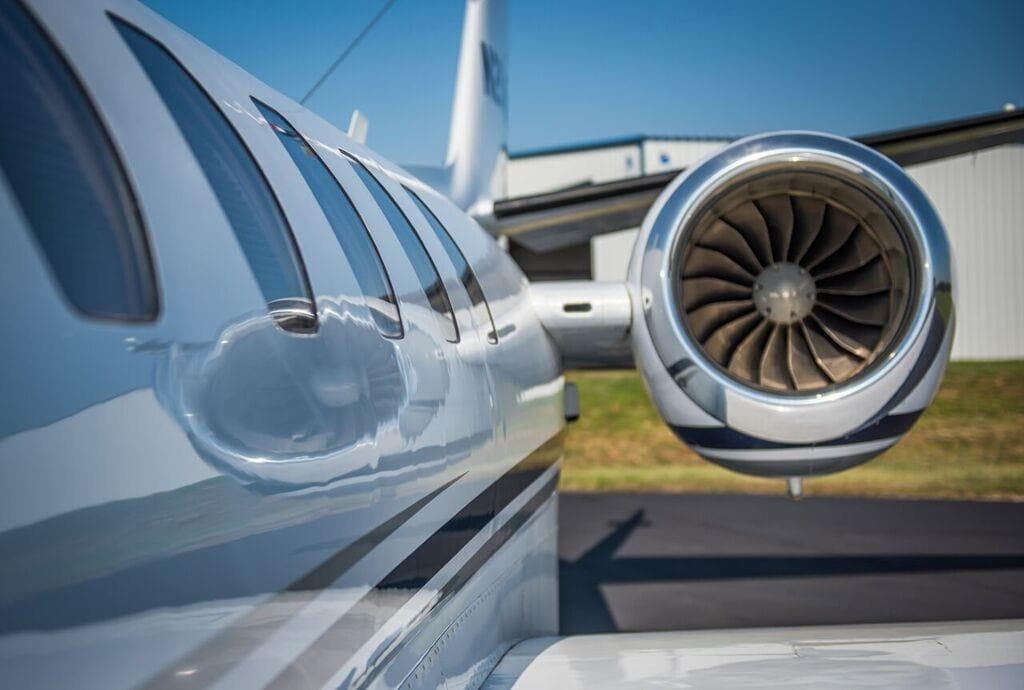 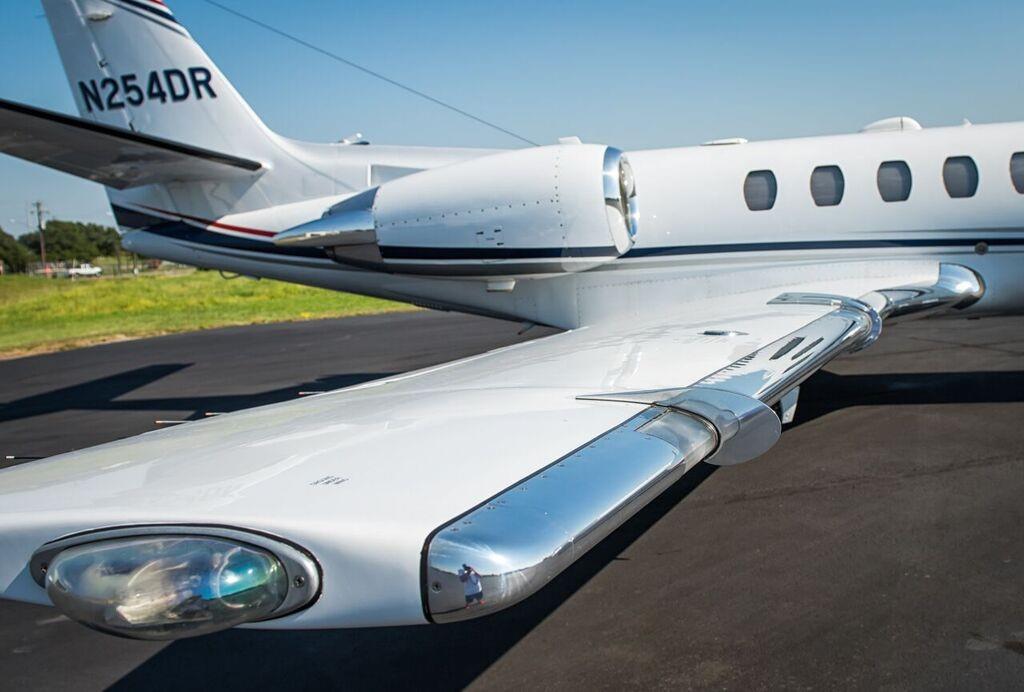 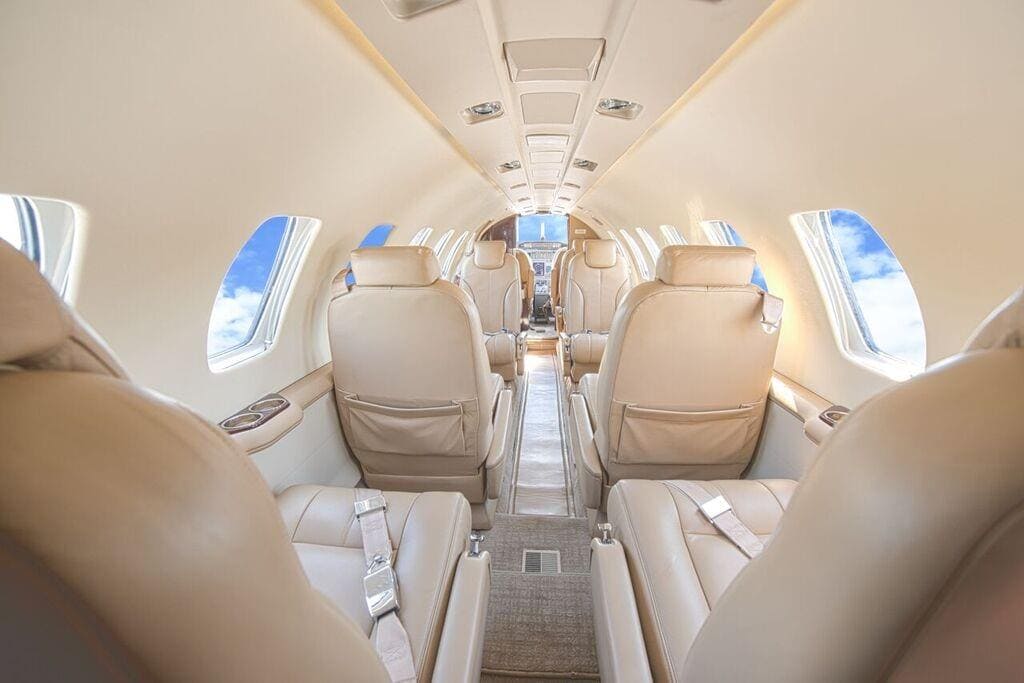 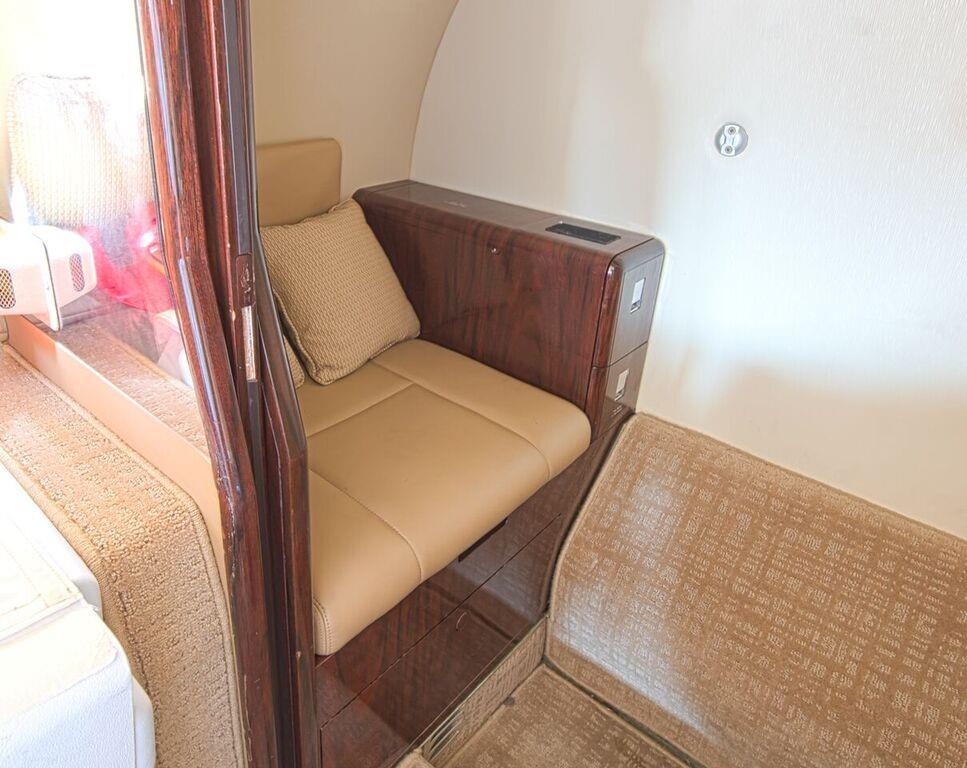 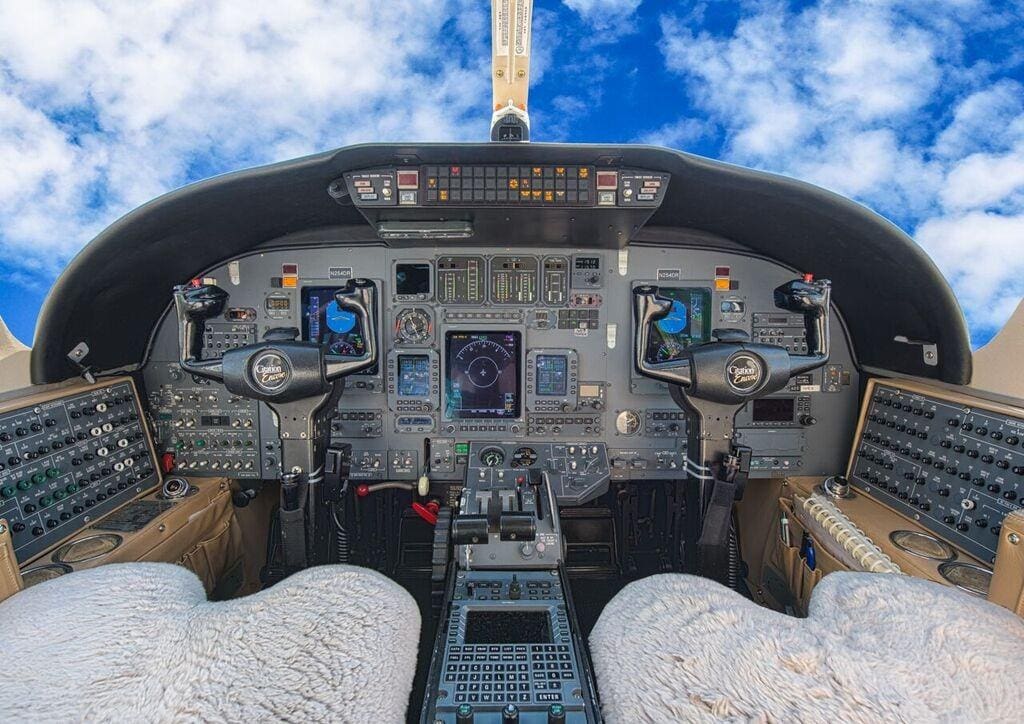 The Citation Encore is another of Cessna’s great private jets, the “Encore” to its successful Citation Ultra. The Encore is versatile, able to fly long distances and take off and land on short runways and carry a large load. Passengers love its cabin comfort, smooth flight performance, and its low operating costs. Desert Jet operates the Cessna Citation Encore, which is the latest and greatest achievement of the original Citation family.

The Cessna Citation V is a business jet built by Cessna. Stretched from the Citation II, a Model 560 prototype flew in August 1987, it was certified on December 9, 1988, and delivered from April 1987, 774 were delivered until 2011. The upgraded Citation Ultra was announced in September 1993, the Citation Encore upgraded with PW535 turbofans was announced in 1998, before the improved Encore+. Its US military designation is UC-35.

The Cessna Citation Encore is equipped with two PW535A engines that produce 3,400 pounds each, an improvement of over 300 pounds-of-thrust per engine when compared to its predecessor. The fuel consumption of the PW535A engines has proven to be 16% more efficient when compared to the JT-15D-5D engines. The Citation Encore’s engines are powerful enough to produce sufficient bleed air to power the cabin pressurization, anti-icing, and air conditioning systems. The temperature control system utilized on this private jet is designed to use both an electrical vapor-cycle machine and bleed air from the engines.

As an added commodity, the electrical system doubles as a backup air conditioning system, allowing the operators to cool the cabin before starting the engines. A forced mixer nozzle is utilized to reduce engine noise, and new fuel heaters have been integrated, eliminating the immediate need for anti-icing fuel additives. The Cessna Citation Encore has a maximum high-speed cruise velocity of 426 knots, which this private jet is capable of maintaining at an altitude of 37,000 feet. However, if the distance is more the focus of your venture, the Citation Encore can fly at a long-range cruise velocity of 376 knots at its maximum service ceiling of 45,000 feet.

With a range of more than 1,900 nautical miles, the Citation Encore offers many options for your business excursion. The Citation Encore comes standard equipped with the Honeywell Primus 1000 avionics system. To simplify the design and presentation of information, a single Flight Director Computer in conjunction with a mode selector are utilized, assisting both the pilot and the co-pilot. Standard avionic systems included in this avionics package include Primus II communication radios with 8.33 kHz spacing, RVSM group certification, an electronic pressurization controller, and Allied Signal GNS-XL FMS.

The cabin, which can hold eight passengers in fully reclinable seats, stretches to seventeen feet, five inches – the longest cabin of any light private jet. The strategic use of seamless wall panels, indirect lights, and mirrors makes the cabin seem larger than its actual volume of 307 cubic feet.

Passengers will enjoy the cabin’s amenities, which include individual flat panel entertainment systems and audio jacks, power outlets, and the theMagnaStar200 radio phone. A newly-designed airstair entryway makes boarding a lot less challenging, especially for passengers in high heels. The Encore has storage space for 43 cubic feet of exterior baggage plus 28 cubic feet in the interior, or more than 1,400 pounds.

When it comes to avionics systems, simplicity of operation is best. The engineers of the Honeywell Primus 1000 suite realized the importance of details like consolidating multiple displays into a few, easy-to-interpret ones, and placing screens close to the controls to which they apply. One of the predecessors of the Encore had a confusing array of five screens and over eight analog controls. The Encore consolidates the mess into four sleek screens.

The relevant controls are located directly on the screens’ faceplates to improve pilot hand-eye coordination and flight performance. The engines produce enough bleed air to support the Encore’s systems – anti-icing, cabin pressurization, and air conditioning. The Encore’s temperature control system has been updated to use both bleed air and an electrical vapor-cycle machine. The electrical system serves as a backup air conditioning system on really hot days and can be started on the runway to cool the cabin before the engines start. The temperature control system is conveniently designed to allow the cabin and cockpit to set and maintain different temperatures

This jet is one of the most economical jets available for charter flights from and to New York, with a wide range of availability in several major aviation markets. The cost to charter this jet starts at around $2,200 an hour. Hourly charter rates do not include all taxes, fuel, and other fees. Charter costs will vary based on year of make/model, schedule, routing, passenger & baggage totals, and other factors.

The acquisition cost for the Cessna Citation Encore typically ranges from $8.1 million. The price of a jet depends on the production year; it can also go above the given range if the production is new. It will cost buyers around $900,000 a year which includes fuel, crew members, and maintenance, etc. The price of a pre-owned aircraft can be within $4 million. You can find many sellers currently on different websites. 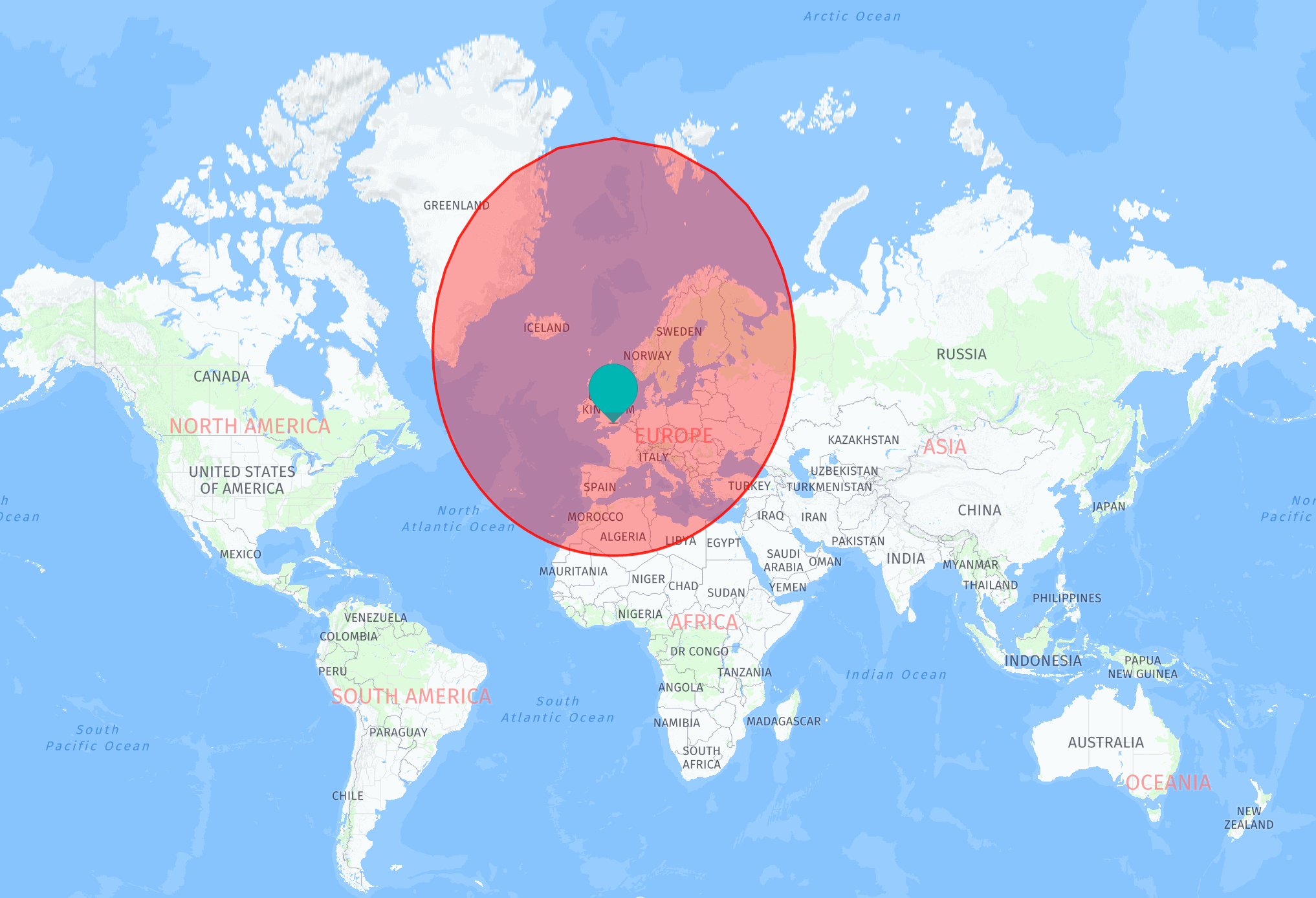