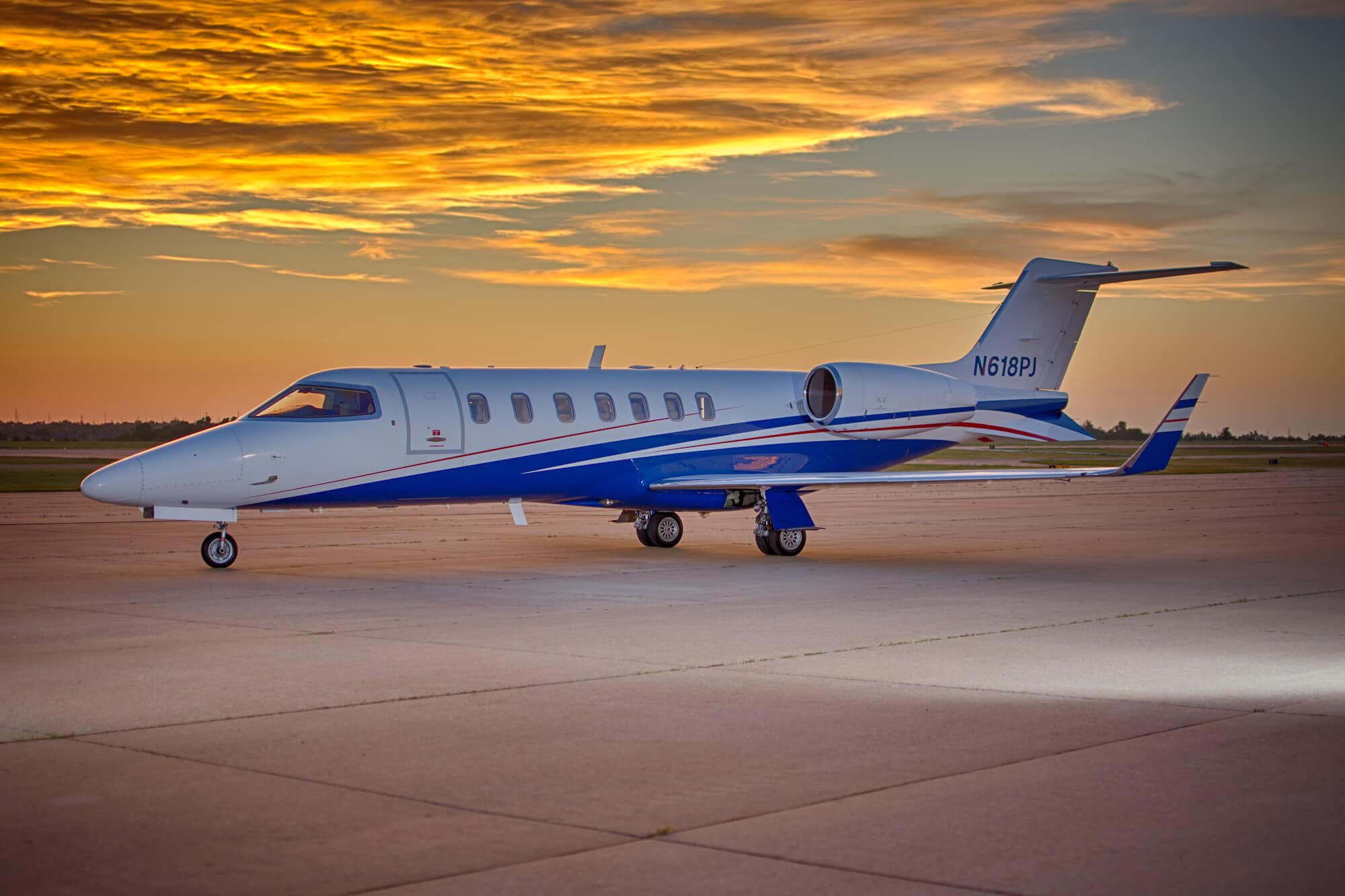 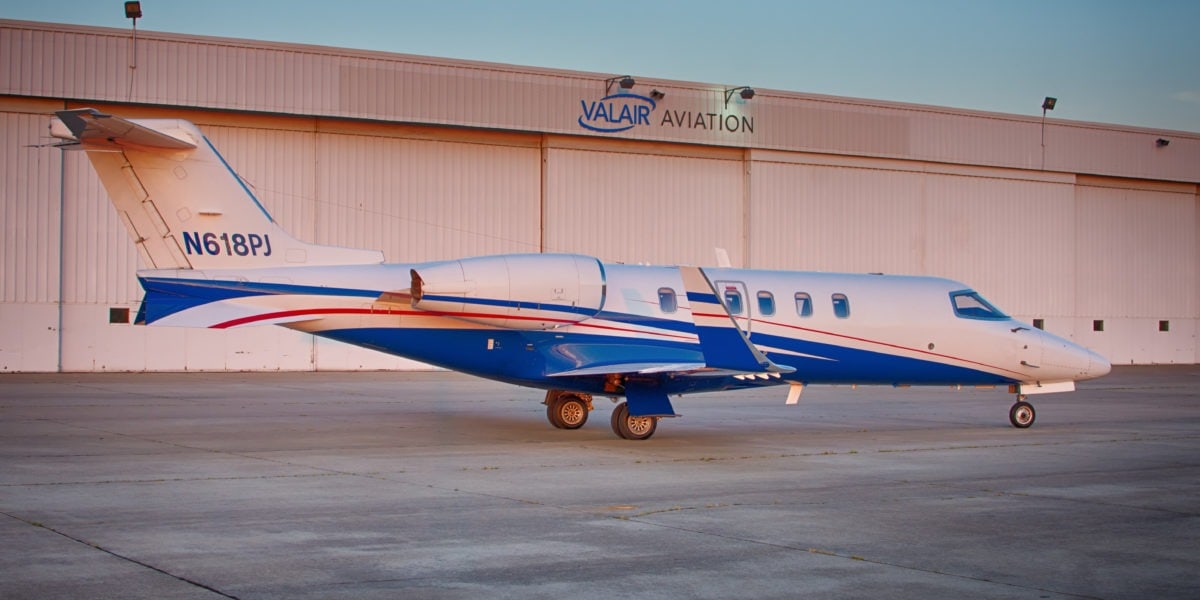 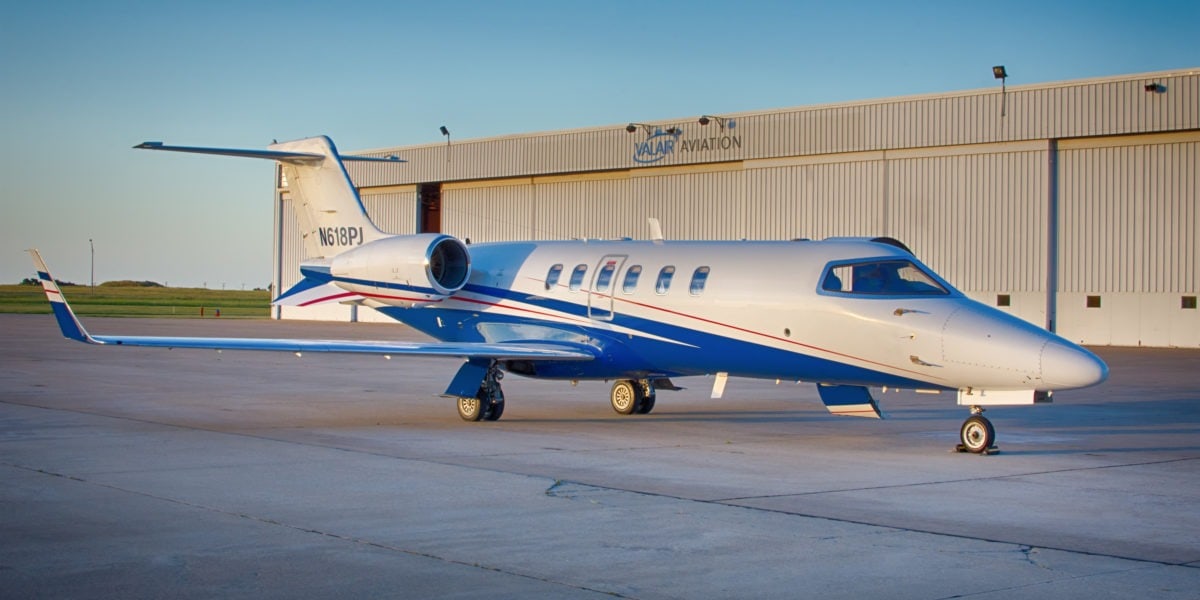 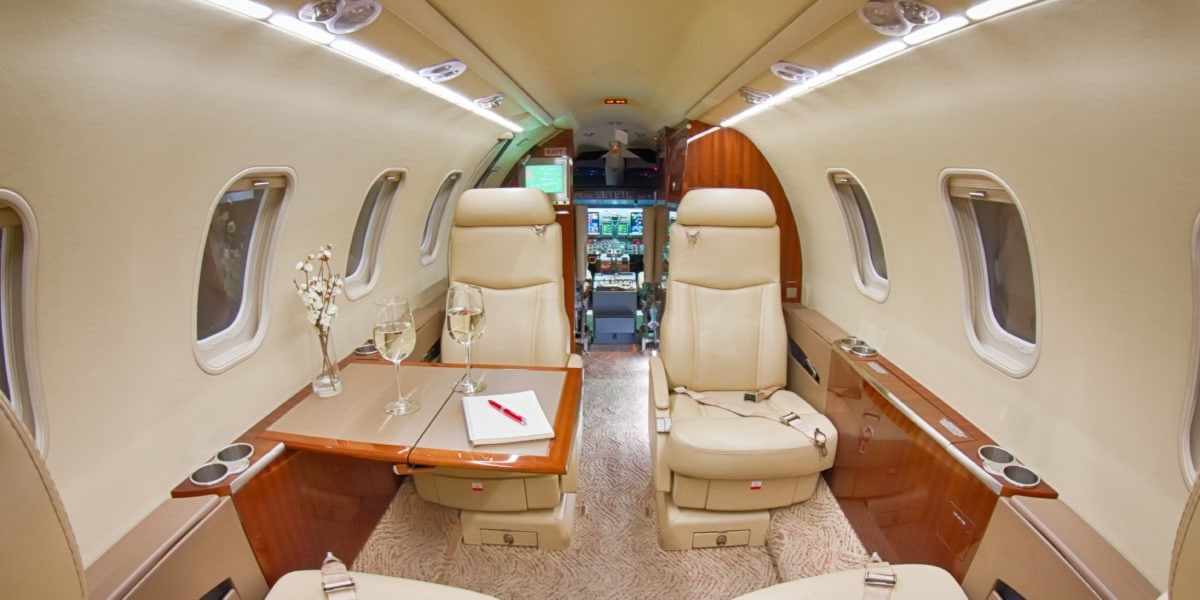 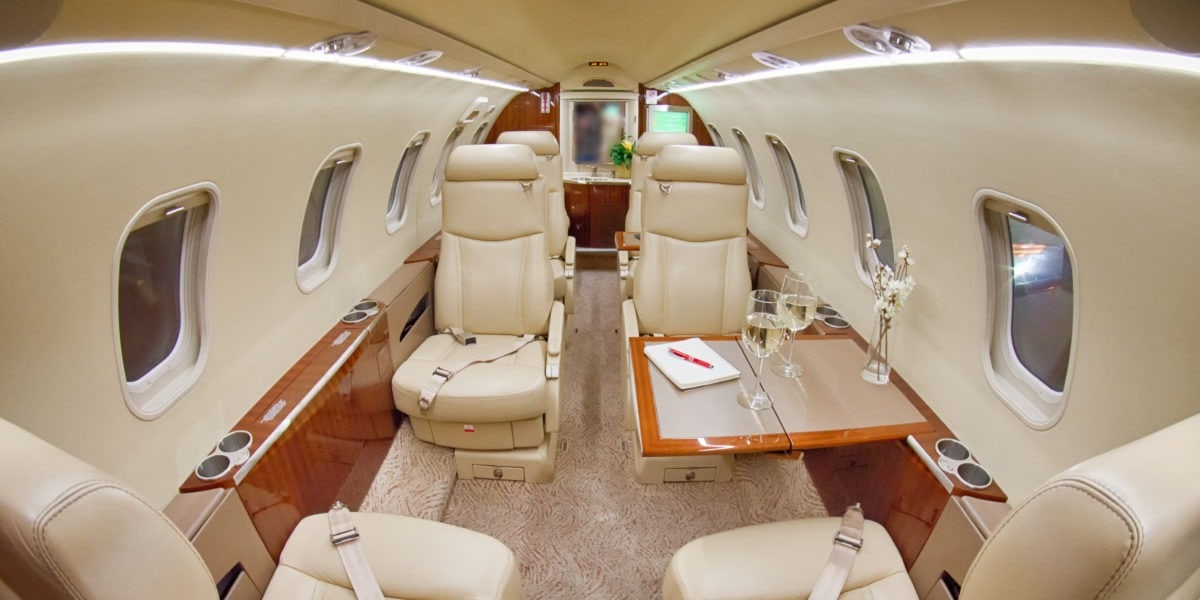 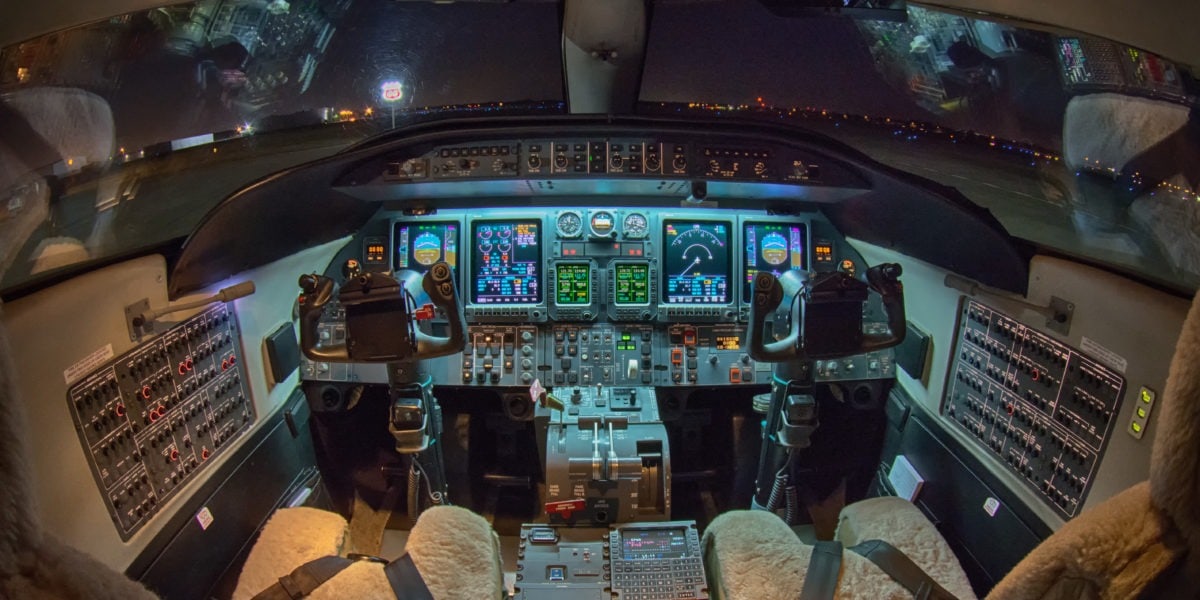 The Learjet 40XR is an upgraded version of the Learjet 40 with improvements in hot-and-high performance, climb rates, and faster long-range cruise speeds resulting in a range of more than 240 nm. The increases are due to the upgraded Honeywell “BR” engines from the “AR” used on the Learjet 40.

As of February 2018, 70% of Learjet 40XR aircraft were purchased pre-owned by their current owners, the other 30% new. 10.8% are for sale with the majority of those (90%) under an exclusive broker agreement. When for sale, the average time on the market is 275 days.

Derived from the Lear 45, the Learjet 40 and 40XR are 24.5 inches shorter and have a maximum take-off weight that is 150 lbs. lighter. These two characteristics increase performance and lower operational costs. The Lear 40 aircraft received FAA certification in July 2003, as an amendment to the Type Certification of the Lear 45, and ended production in 2009. The Learjet 40XR went into operation in 2005 and ended production in 2012. A total of 93 Learjet 40XR aircraft have been manufactured with all of them currently in operation

Despite the high speeds of the Learjet 40, its fuel consumption remains relatively economical due to an aerodynamic design (cutting down on drag) and two fuel-efficient Honeywell TFE731-20AR-1B engines.

Like other Bombardier products, it has a luxurious interior. The Learjet 40’s cabin is, to the pleasure of its marketing department, the biggest of its class. It stretches to a length of 17.7 feet, a width of 5.1 feet, and a height of 4.9 feet, totaling a cabin volume of 363 cubic feet. There are seats available for seven passengers, and baggage compartments that can store 65 cubic feet of baggage.

There is space for up to seven passengers including belted lavatory seat, forward club seats with two aft forward-facing seats with executive foldout tables. Forward galley and standard lavatory located aft of the main cabin. The cabin is about 20% larger than that of the competitors, and the flat floor allows the passengers to move comfortably throughout the airplane. The enclosed lavatory is equipped with a mirror, sink, and faucet plus in-cabin storage space.

The Honeywell Primus 1000 digital avionics suite is certainly up to par with the high-performing jet; its four cathode ray tube screens are located at logical positions on the control panel. The designers of the Learjet 40 paid a lot of attention to arranging the avionics in an easy-to-use, logical layout, ultimately making the pilot’s job easier – and each flight safer.

Other details, such as carbon brakes and wing spoilers, provide soft landings, and “delta fins” on the vertical stabilizer increase stability, allowing for better control in stalls. The Learjet 40 meets the FAA’s rigorous part 25 safety requirements, as well as the FAR-36 noise levels (74.4 EPNdB on takeoff).

This jet is one of the most economical jets available for charter flights from and to New York, with a wide range of availability in several major aviation markets. The cost to charter a Learjet 40 starts at around $3,400 an hour. Hourly charter rates do not include all taxes, fuel, and other fees. Charter costs will vary based on year of make/model, schedule, routing, passenger & baggage totals, and other factors.

The acquisition cost for the Learjet 40 typically ranges from $11 million. The price of a jet depends on the production year; it can also go above the given range if the production is new. It will cost buyers around $1 million a year which includes fuel, crew members, and maintenance, etc. The price of a pre-owned aircraft can be within $7 million. You can find many sellers currently on different websites. 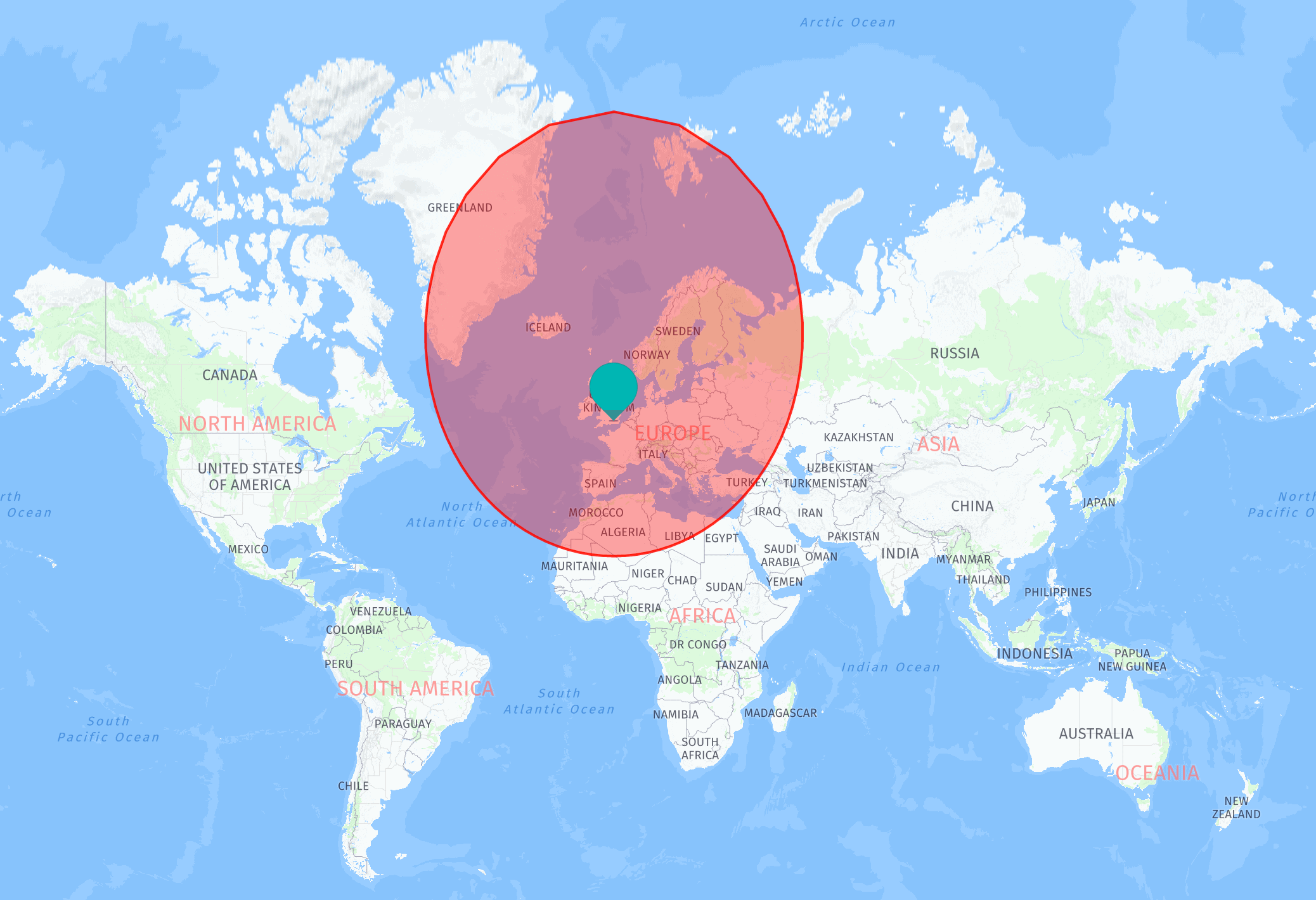