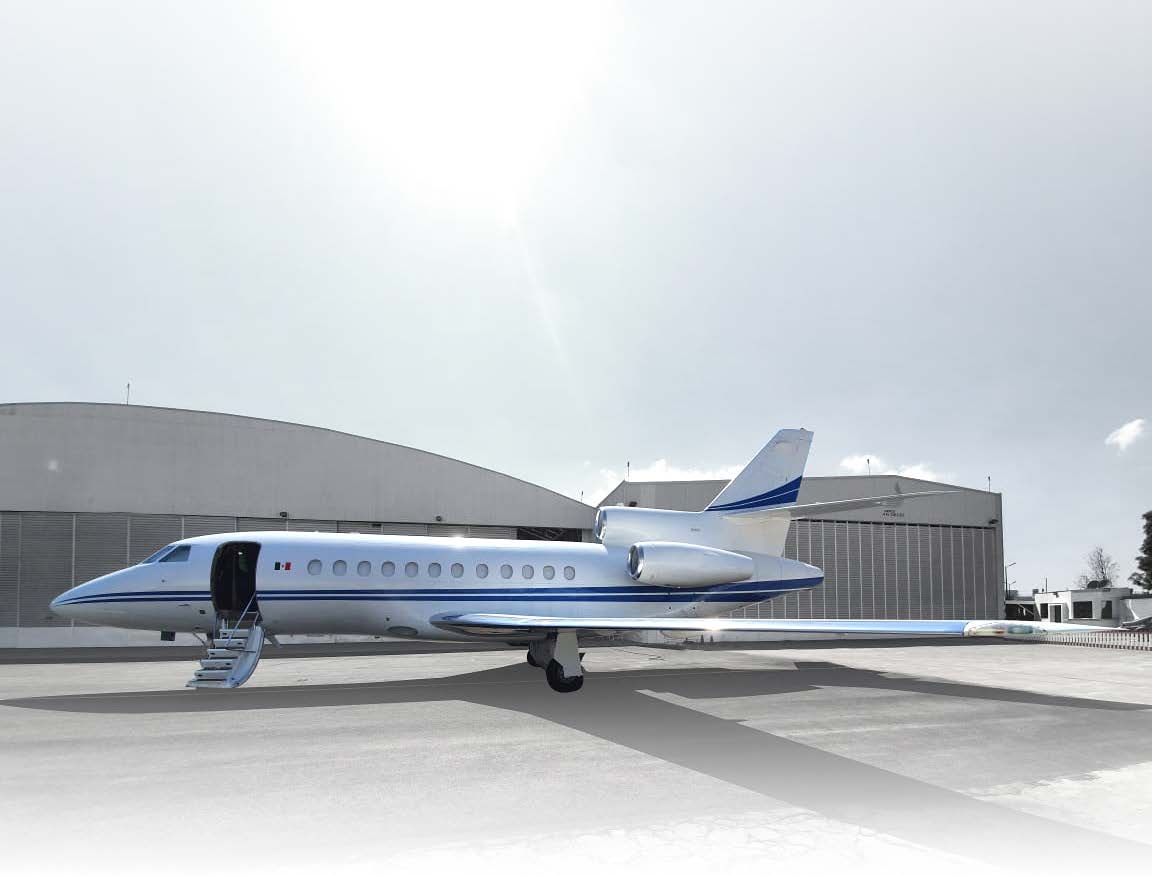 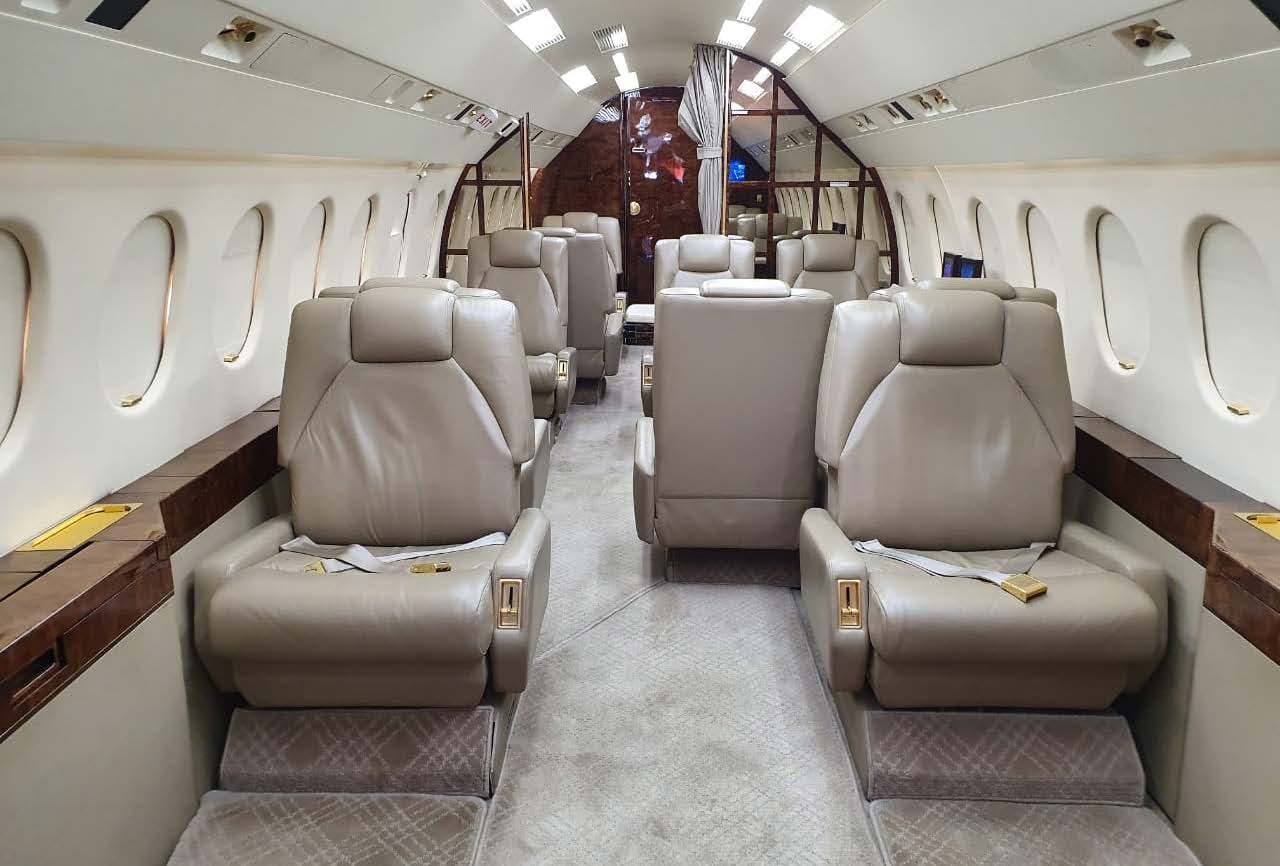 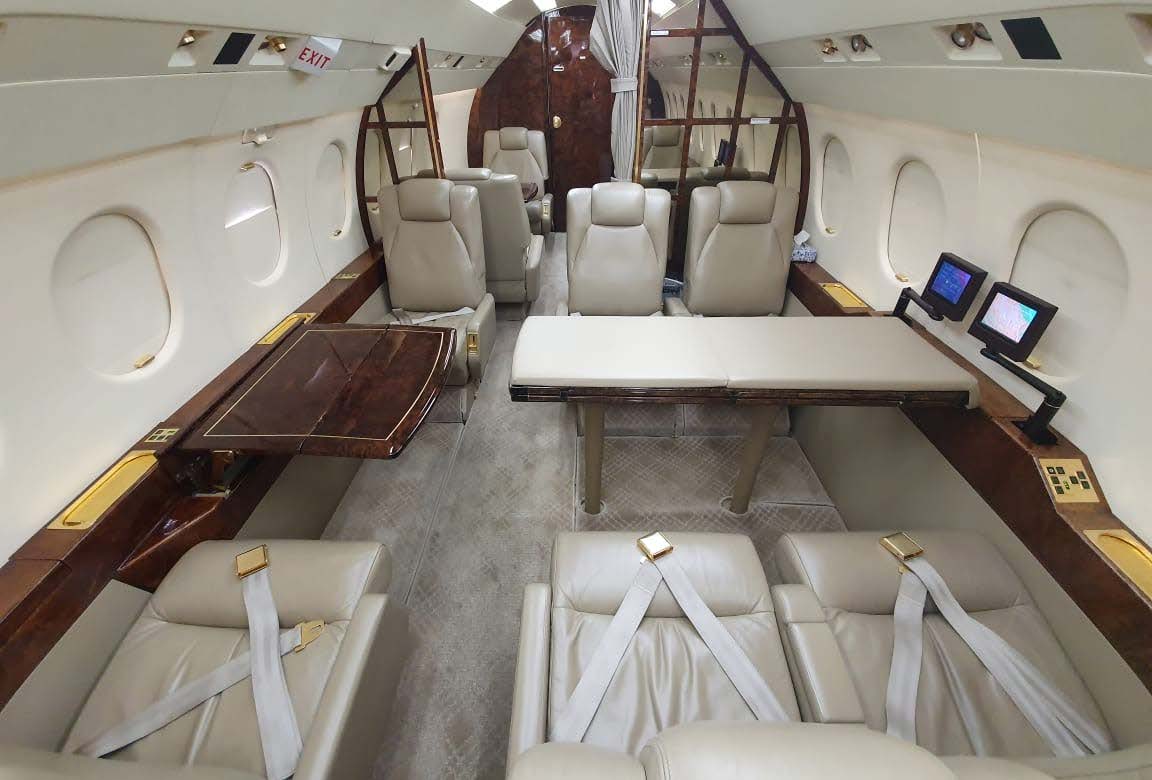 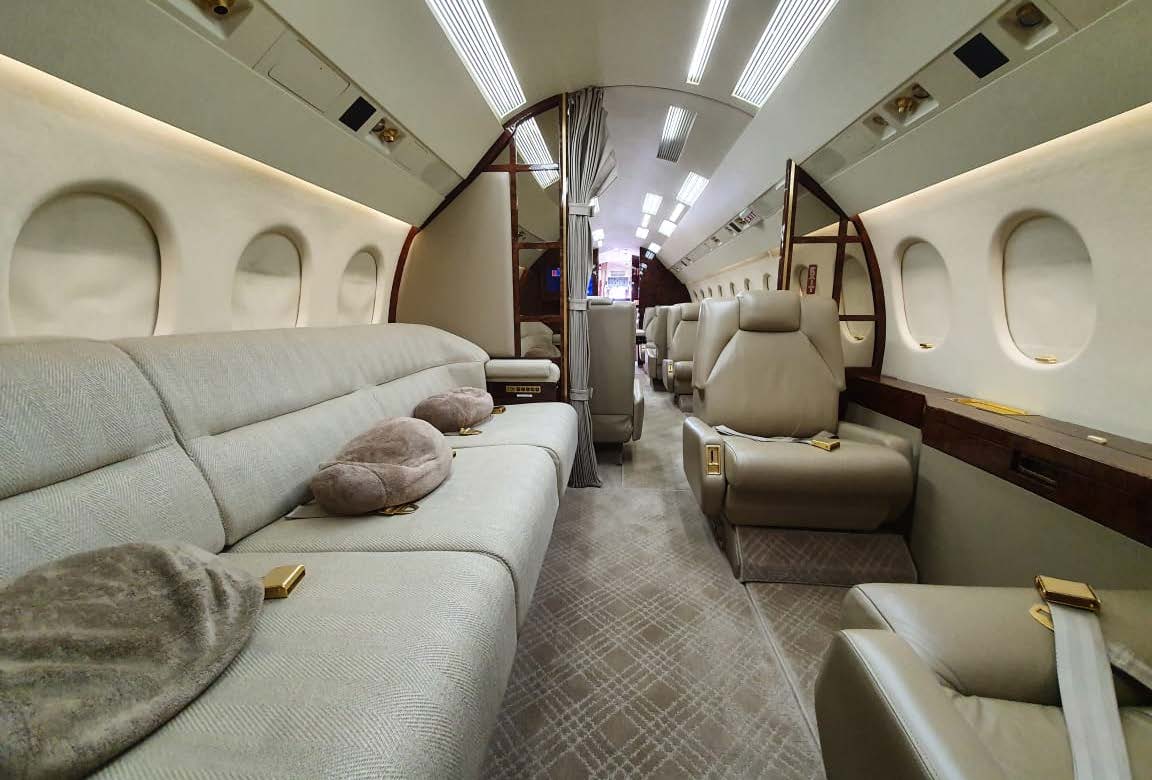 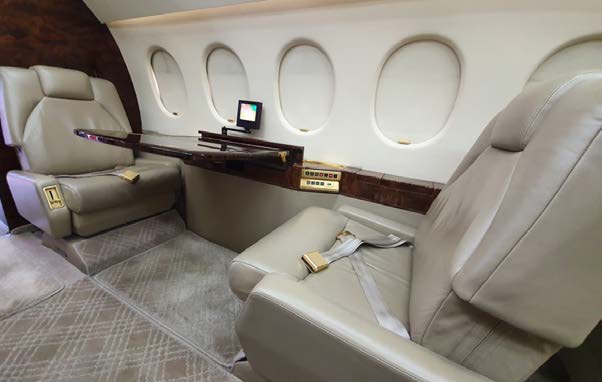 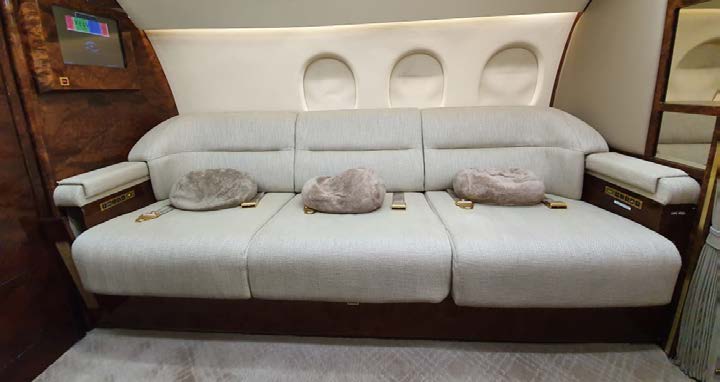 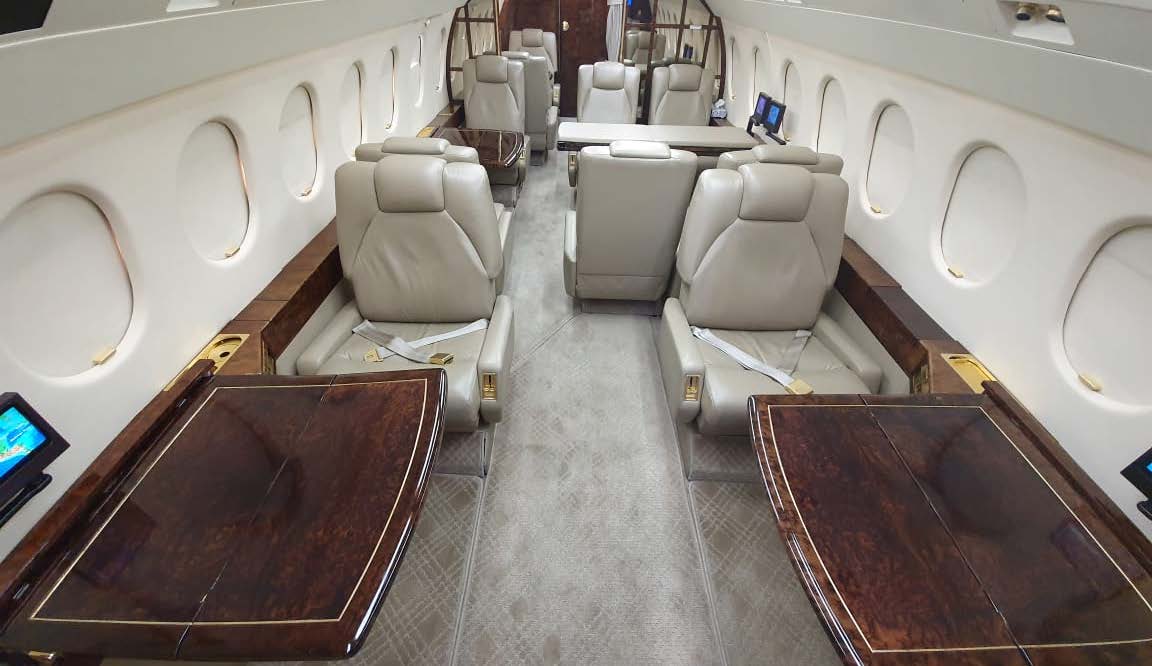 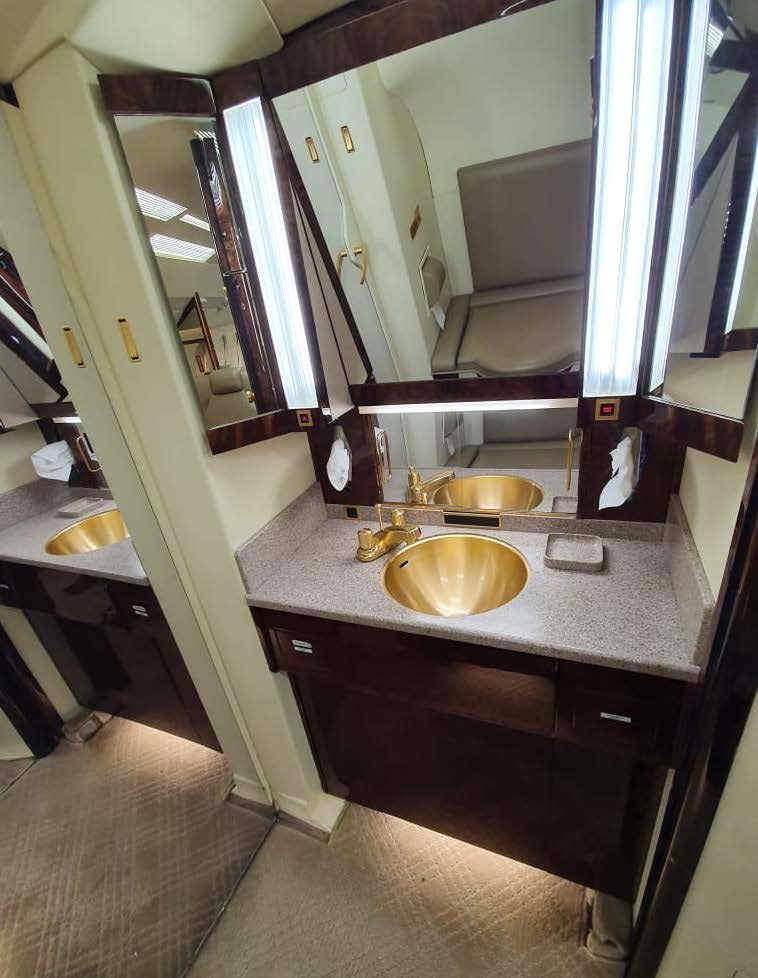 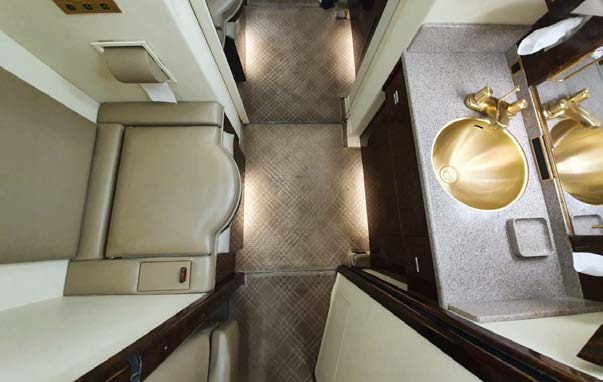 The Falcon 900 was designed as a bigger, faster, longer, range version of the 50 model. It is 5.5 feet longer with a taller tail and longer wing and holds 544 additional gallons of fuel allowing it to go 700 nautical miles further.

In 1991 the standard production model transitioned from the 900 to the 900B which included more powerful engines for increased range, Category II visibility approach clearance, and the ability to operate on unprepared airstrips that its predecessor could not. Earlier production 900s can be retrofitted to 900B standard.

As of October 2016, 94% of the Falcon 900/900B aircraft were purchased pre-owned by their current owners, the other 6% new. 10% are currently for sale with the majority of those (61%) under an exclusive broker agreement. When for sale, the average number of days on the market is 483.

Also, the 900B is designed with airfoil wings – the same as the Falcon 50 series but with a 1.5ft increase. Improvements in muscle from the 900 include a 5.5% increase in take-off thrust, a 6.5% increase in thrust at altitude, and a 2% increase in TSFC (Thrust Specific Fuel Consumption). An increase in range is the result: 4,583 nautical miles. The 900B can also enjoy better visibility approach clearance (Category II) and operation on unprepared strips that its predecessor cannot.

The 900B boasts a large cabin, fit for intercontinental range accommodations. It typically seats 8-12 in an executive arrangement. The spacious cabin measures 6.2 feet in height (full stand-up), 7.7 feet in width, and 39 feet in length. Amenities include a full-sized private lavatory and galley.

A traditional cabin layout features a galley opposite the main entry, a small forward closet, a forward club-four grouping of larger executive seats bifurcated with folding sidewall tables, then four narrower seats arrayed around a hi-lo conference table across the aisle from a credenza/entertainment center. Aft of that through an optional pocket door is a three-place, side-facing divan with a berthing top that converts into a bed across the aisle from an executive workstation.

Behind that is the lavatory with another small wardrobe closet and through the lavatory, passengers can access the heated 127-cubic-foot baggage compartment in flight. The external baggage door incorporates a step for easy loading.

This jet is one of the comfortable jets available for charter flights from and to New York, with a wide range of availability in several major aviation markets. The cost to charter this jet starts at around $5,600 an hour. Hourly charter rates do not include all taxes, fuel, and other fees. Charter costs will vary based on year of make/model, schedule, routing, passenger & baggage totals, and other factors.

The acquisition cost for this jet typically ranges from $5-9 million. The price of a jet depends on the production year; it can also go above the given range if the production is new. It will cost buyers around $ 1.5 million per year which includes fuel, crew members, and maintenance, etc. The price of a pre-owned aircraft can be within $2-4 million. There are numerous sellers available on various sites. 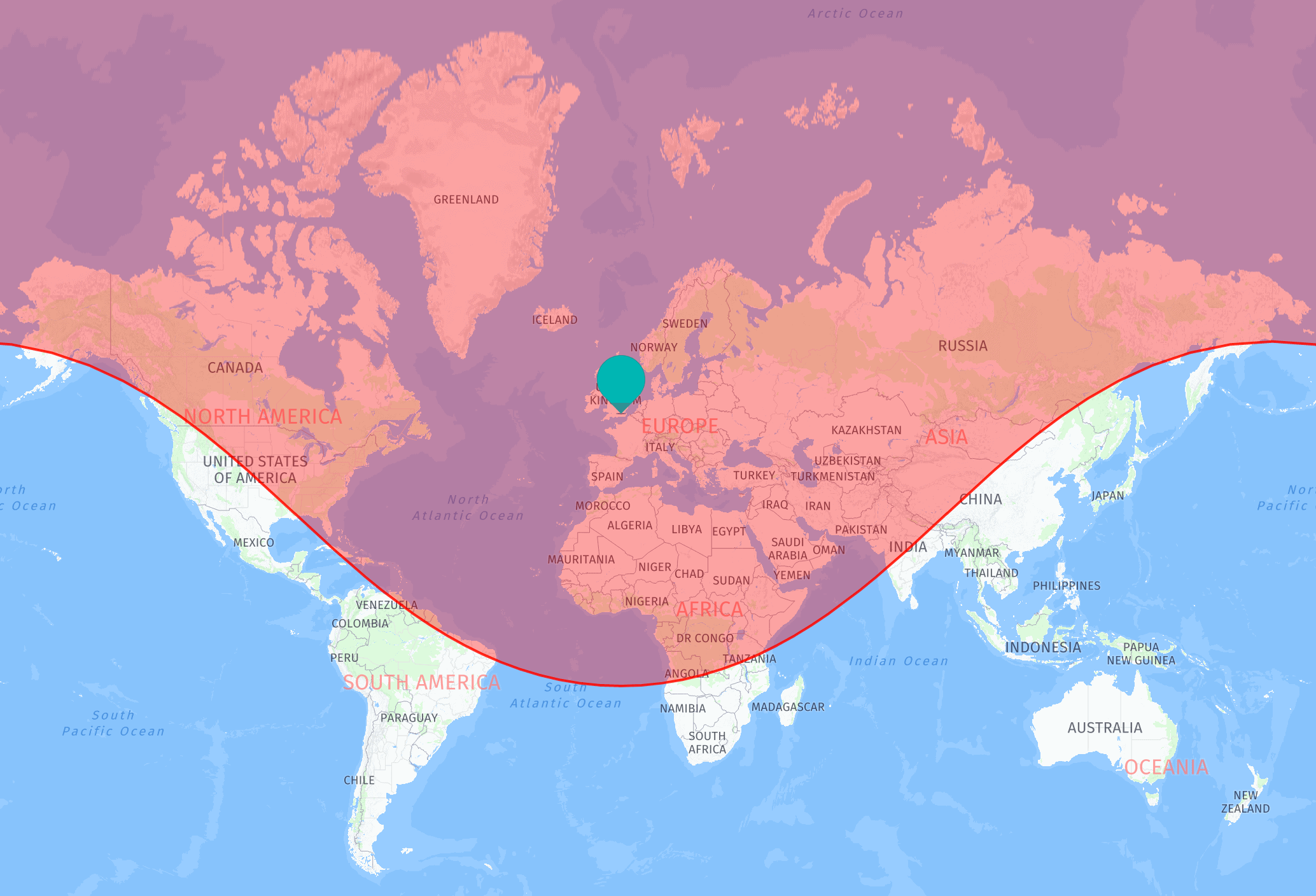