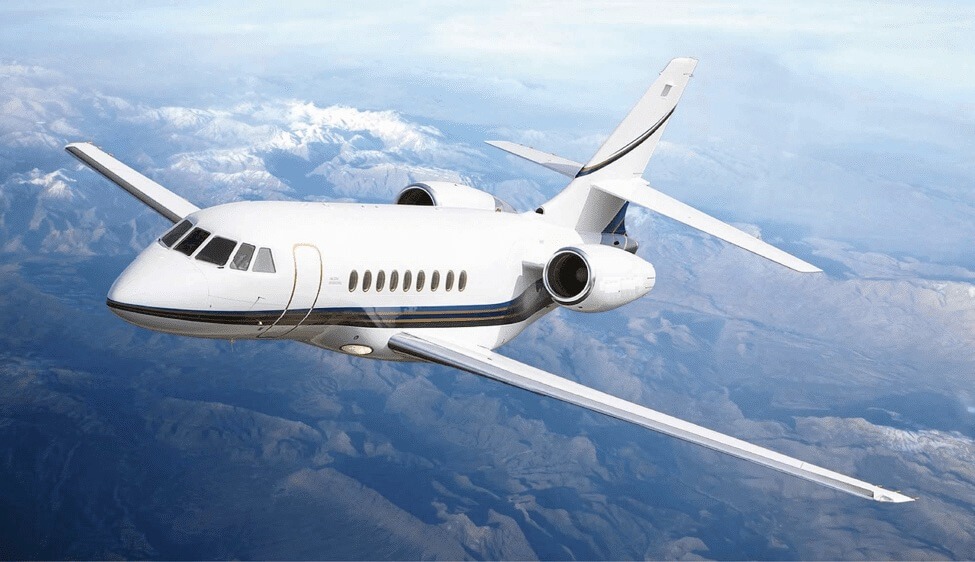 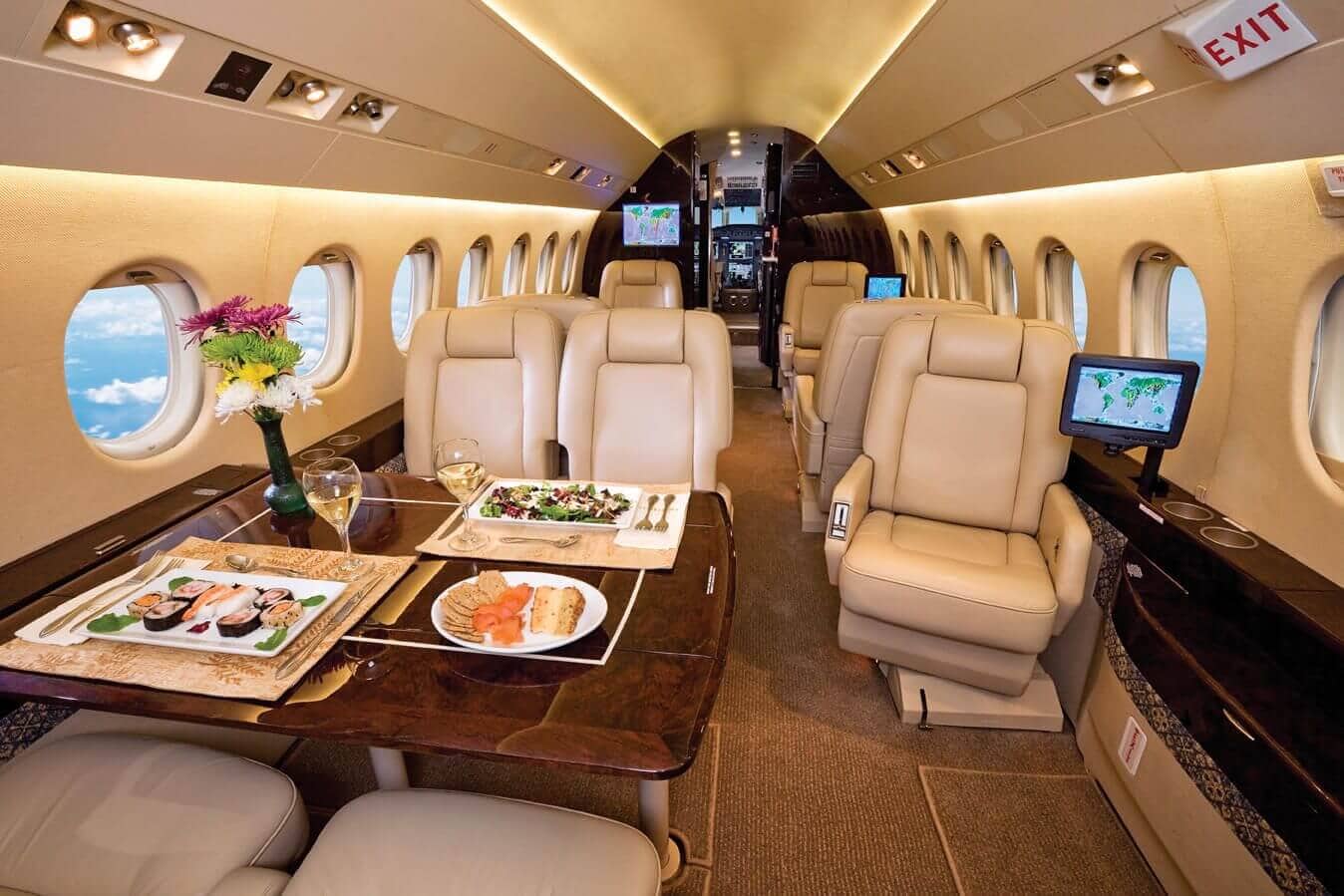 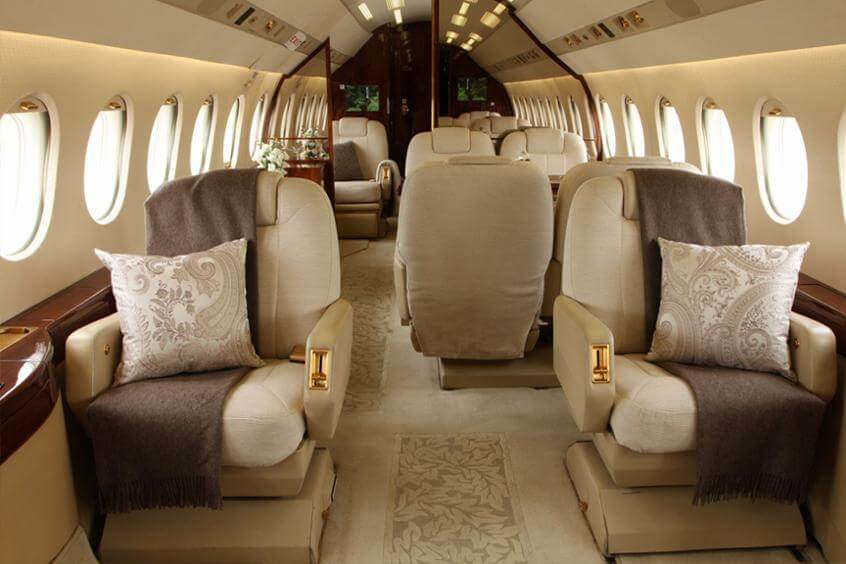 The Falcon 2000DX, developed specifically for customers with less extensive city pair requirements, features a unique combination of large-cabin comfort, small-plane fuel economics, and unsurpassed airport performance that have become the hallmarks of the Falcon fleet. With a range of 3,250 nautical miles the Falcon 2000DX is capable of flying 19 passengers comfortably, landing with virtually full fuel tanks.

The Falcon 2000DX comes equipped with two Pratt and Whitney PW308C axial-centrifugal flow turbofan engines, with each engine rated for 7,000 pounds of thrust. These engines are dual FADEC controlled, and engine parameters are displayed on three LCD EIEDs. With these powerful engines, the Falcon 2000DX is capable of climbing to an altitude of 37,000 feet in just 15 minutes.

The Falcon 2000DX is capable of flying for 3,250 nautical miles with eight passengers, offering an impressive range and many destination options.

Though the standard interior of the Falcon 2000DX is configured to seat eight passengers, as many as nineteen can be accommodated. The cabin is usually split into front and rear areas with club seating in each section, and the cabin is wide enough to place three seats in a row with an aisle.

This private business jet features a full stand-up lavatory and 134 cubic feet of storage capacity capable of accommodating 1,600 pounds of luggage. With a maximum cabin pressure differential of 9.3, the Falcon 2000DX is capable of maintaining a sea-level cabin altitude at an altitude of 25,300 feet.

In addition to the implication of this advanced avionics suite, the Falcon 2000DX also utilizes the Honeywell Enhanced Avionics System (EASy), allowing for better pilot awareness of aircraft trajectory for increased safety and precision.

The cost to charter this jet starts at around $5,250 an hour. Hourly charter rates do not include all taxes, fuel, and other fees. Charter costs will vary based on year of make/model, schedule, routing, passenger & baggage totals, and other factors.

The acquisition cost for this jet typically ranges from $25 million. The price of a jet depends on the production year; it can also go above the given range if the production is new. It will cost buyers around $1.5 million per year which includes fuel, crew members, and maintenance, etc. The price of a pre-owned example can be within $4-7 million. There are numerous sellers available on various sites.