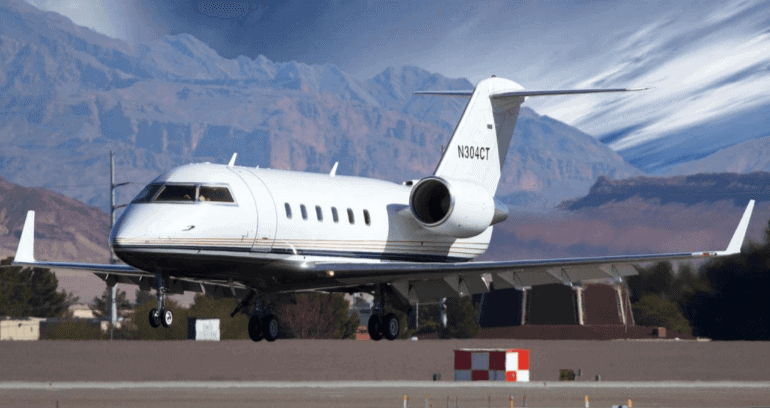 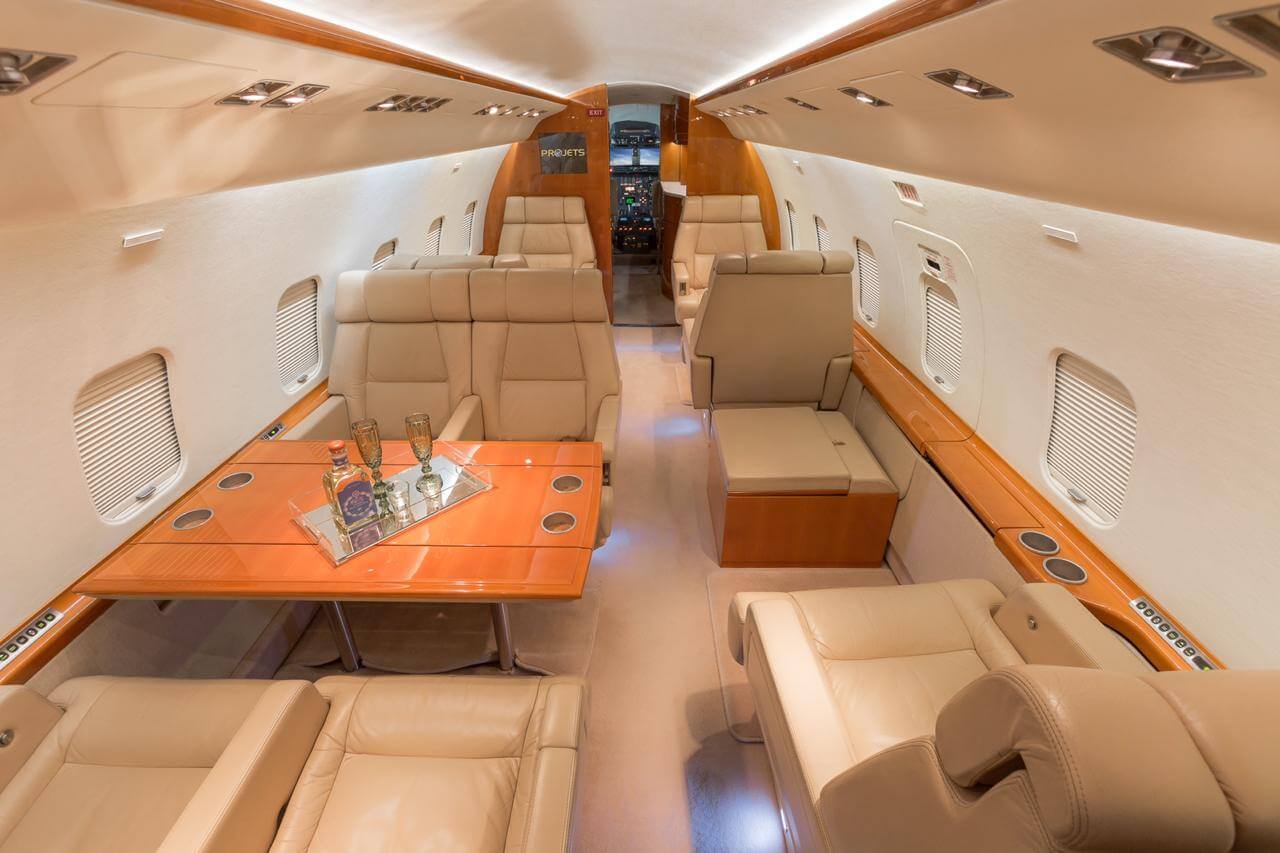 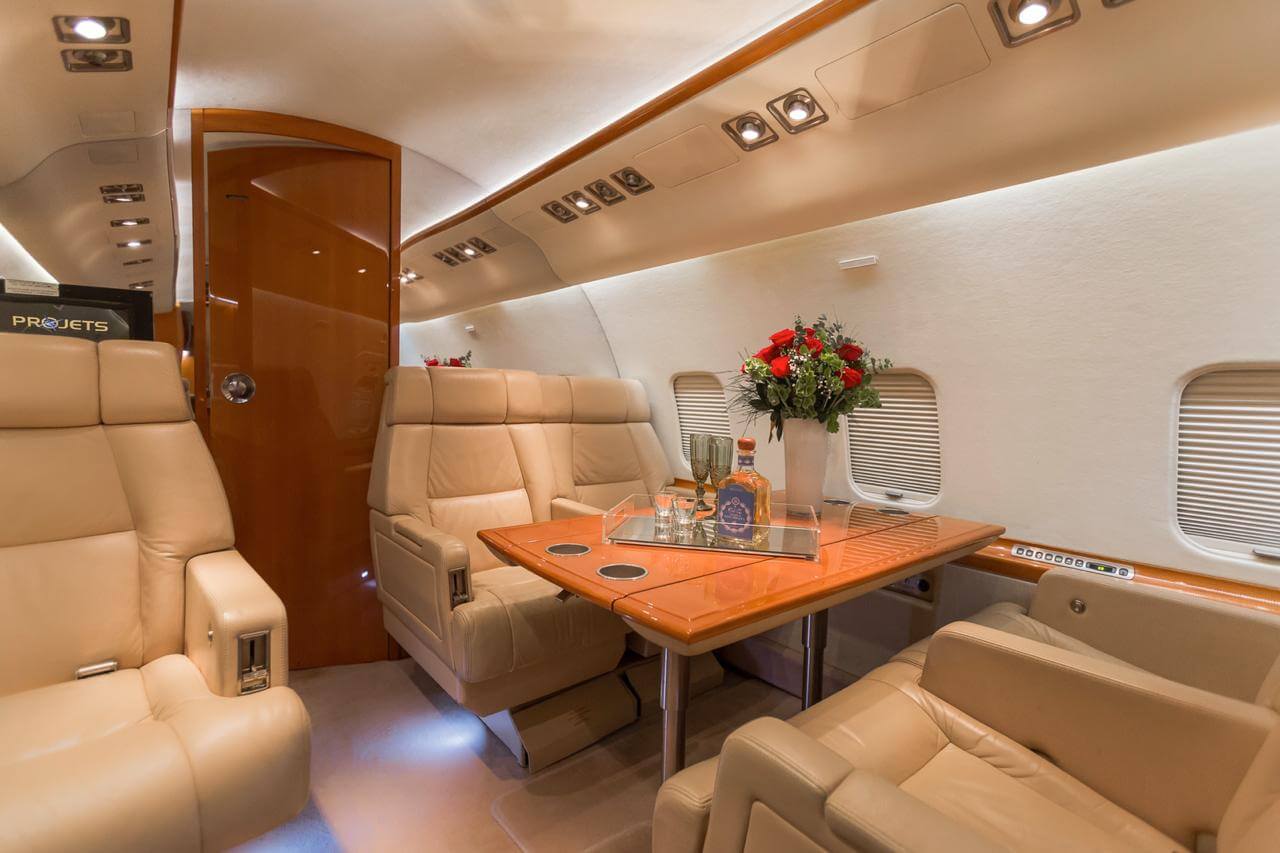 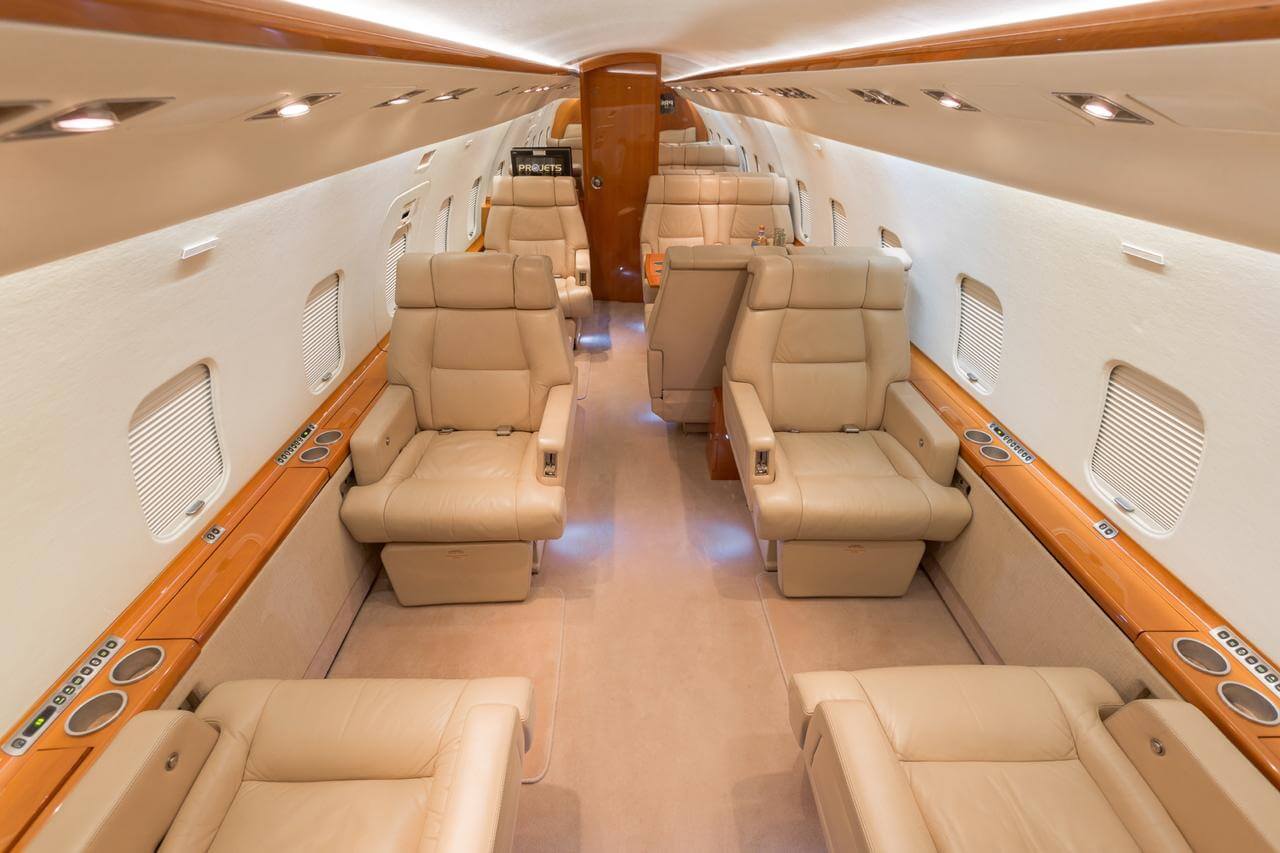 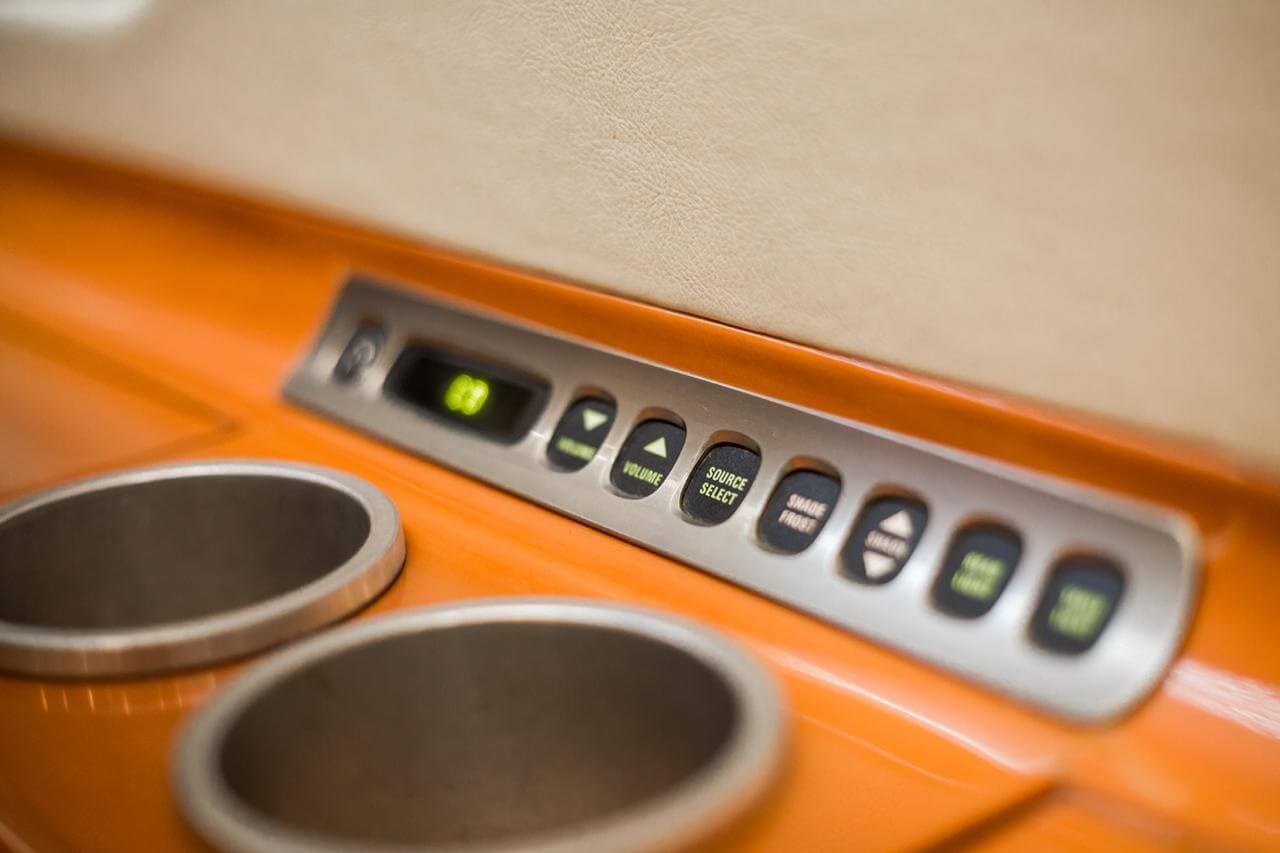 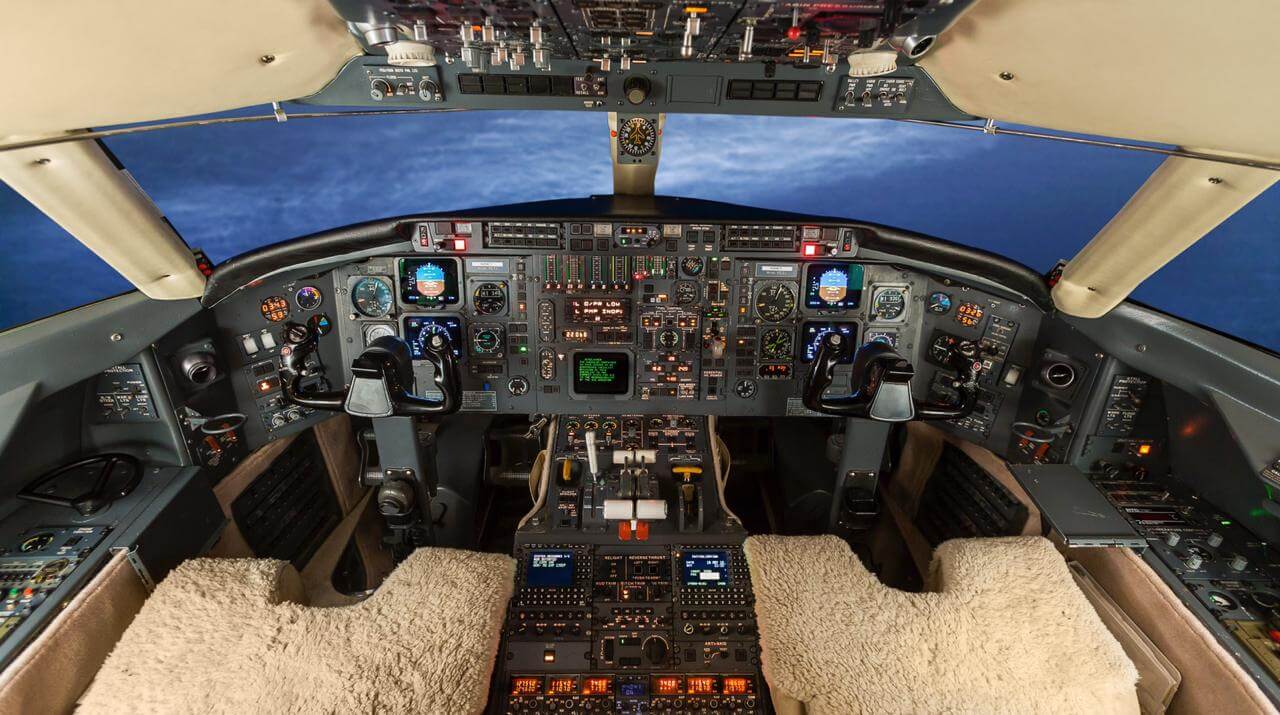 Bombardier’s Challenger 601 is one of the most popular business jets available on the charter market. The aircraft’s fuel efficiency, versatile performance, and powerful engines combined with spacious cabin offer passengers an excellent option for frequent cross-country flights under rigorous conditions. The 601 series has improved immensely over the 600, with a more reliable flight system and increased maintainability. 1,600 Bombardier Challengers are in-service; the fleet has logged 7.3 million hours over 4.3 million flights. The Challenger was also one of the first business jets designed with a super-critical wing.

Let us look at a brief history of this jet. The Challenger 601 made its first flight in April 1982 and received FAA certification in March 1983. Shortly afterward, Canadair changed the aircraft’s designation to CL601-1A to reflect the CF43-1A engines of the new Challenger. During the Challenger 601-1As production run from 1983 to 1987, a total of 66 aircraft were delivered.

The original 600-1A Challenger was powered by a pair of Lycoming ALF 502L turbofan engines, which were developed specifically for the Challenger. Subsequent models would adopt other powerplants, including the General Electric CF34 engine. The engines are mounted on the rear fuselage close to the aircraft’s tail, providing smooth airflow to the engines even when flown at high angles of attack, although this was in a lower position than the original Learstar concept had placed them to mitigate against unfavorable pitch control characteristics. The engines are fitted with thrust reversers to decrease landing distances. An auxiliary power unit is also present for starting the engines and providing air conditioning within the cabin while on the ground. Two General Electric CF43-1A engines power the Challenger 601-1A, each flat rated to 70°F, meaning that the engines provide their full 8,650 pounds of thrust in temperatures up to 70°F.

Performance drops slightly above the 70° mark, but they still perform well in temperatures over 90°F. The Challenger 601-1A can take off in 5,400 feet (at sea level) with an increased takeoff weight of 44,600 lbs. It can take five passengers up to 3,500 nautical miles nonstop. The Challenger 601-1A can hit a top cruise speed of 459 knots; however, it is more often used for long-range trips, where it cruises at 424 knots. The aircraft cruises (long-range) at Mach 0.74. the Challenger 600 has an average hourly fuel burn of 262 Gallons per Hour (GPH) and has a range of 3,366nmi.

As previously mentioned, the cabin of this private jet is uncharacteristically large: its width is 8.2 feet, and its height is 6.1 feet. Cabin length is 28.3 feet giving it a total cabin volume of 1,407.6 cubic feet. Passengers enjoy a quiet interior and well-lit cabin. It usually has a seating configuration that comfortably holds between eight and twelve people, but can be configured to carry as many as nineteen. The baggage compartment can hold up to 116.3 bags assuming your average piece of luggage is less than 5 cubic feet. In a standard executive aircraft configuration, the cabin is divided between the forward galley, and two seating sections, which are typically fitted with a four-chair club section followed by either a conference grouping area or divans, along with a lavatory at the aft end.

The chairs are fully reclining and can swivel, while the divans can serve as sleeping accommodation. Early examples feature luxuries such as telephones, lighting controls, and stereo systems; foldaway tables attached to the cabin walls were also installed, along with a pair of wardrobes, one fore and one aft, for storing hand luggage and other small items.

The flight control system features significant redundancy, including three individual hydraulic systems; even with complete failure and the loss of one actuator, a viable level of assisted control over the key flight surfaces remains present. Weather radar and Marconi-built solid-state instrument displays are supplied as standard, as well as a Collins-built radio set; optional long-range radio-based equipment, such as a HF radio set and VHF navigational aids can be installed.

The Challenger 600 is one of the most luxurious and comfortable jets available for charter flights from and to New York, with a wide range of availability in several major aviation markets. The cost to charter a Challenger 600 starts at around $5,750 an hour. Hourly charter rates do not include all taxes, fuel, and other fees. Charter costs will vary based on year of make/model, schedule, routing, passenger & baggage totals, and other factors

The acquisition cost for the Challenger 600 typically ranges from 13 million. The price of a jet depends on the production year; it can also go above the given range if the production is new. It will cost buyers $1-2 million a year which includes fuel, crew members, and maintenance, etc. Price of pre-owned jet can be within $2-4million. There are very few sellers available now.