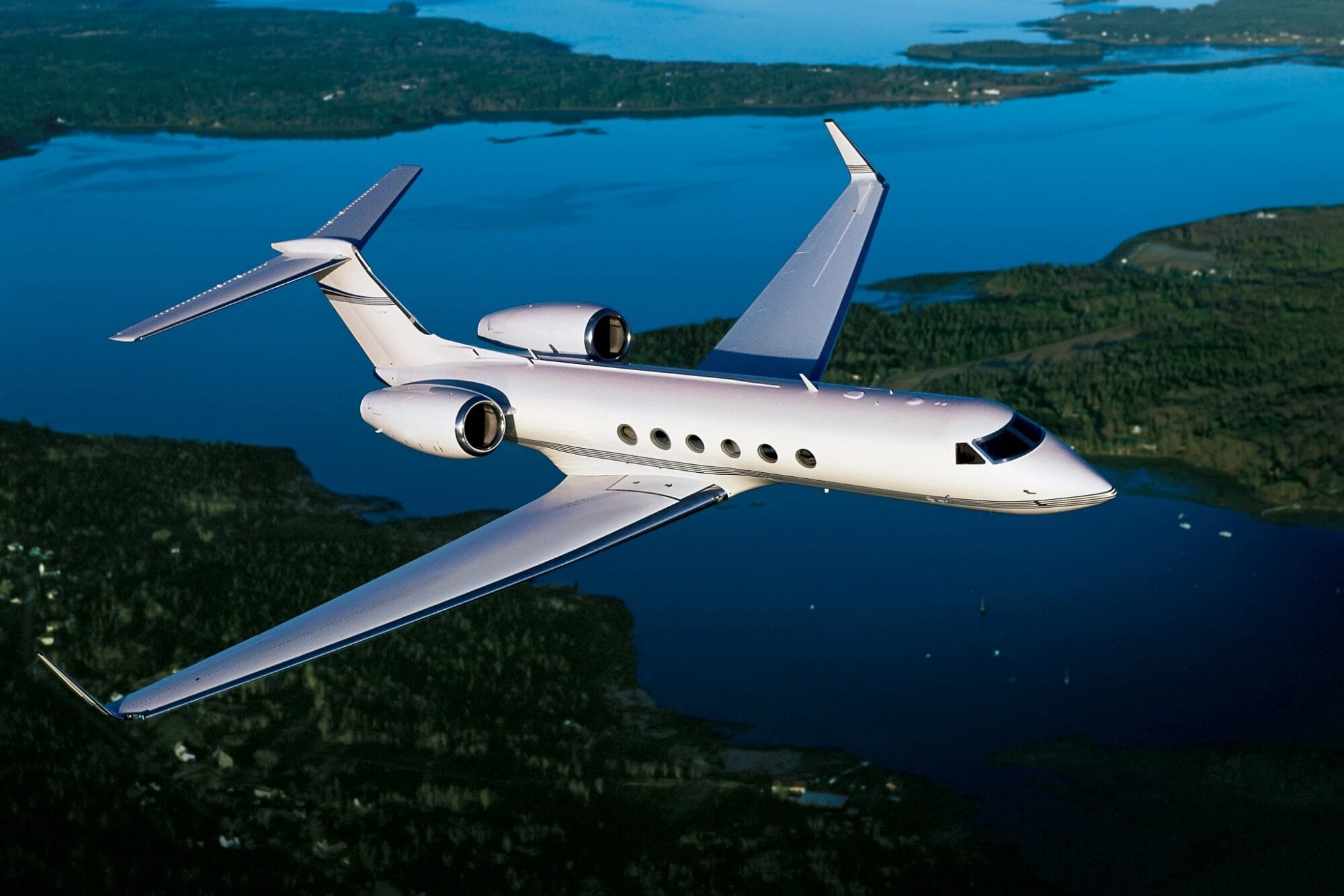 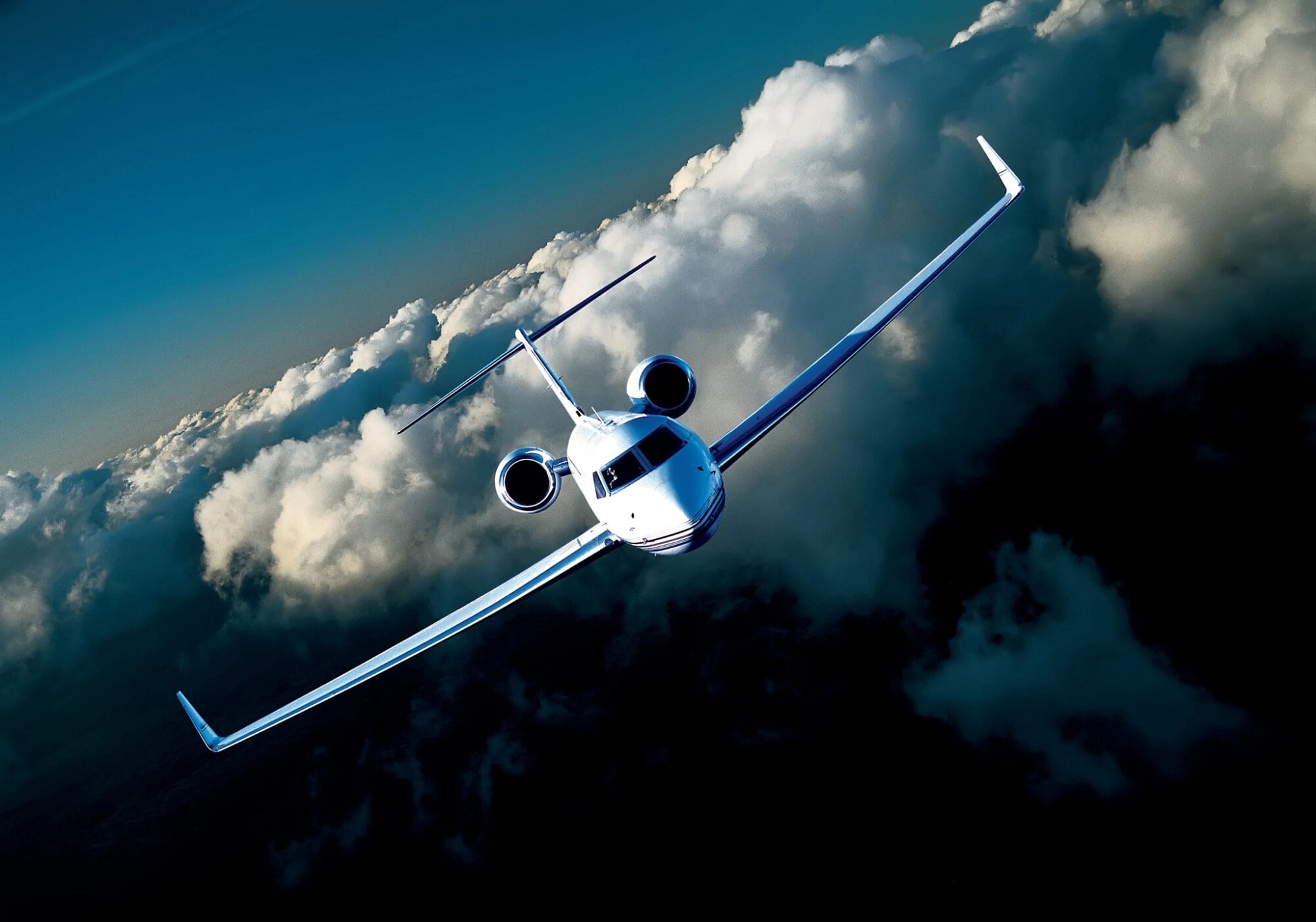 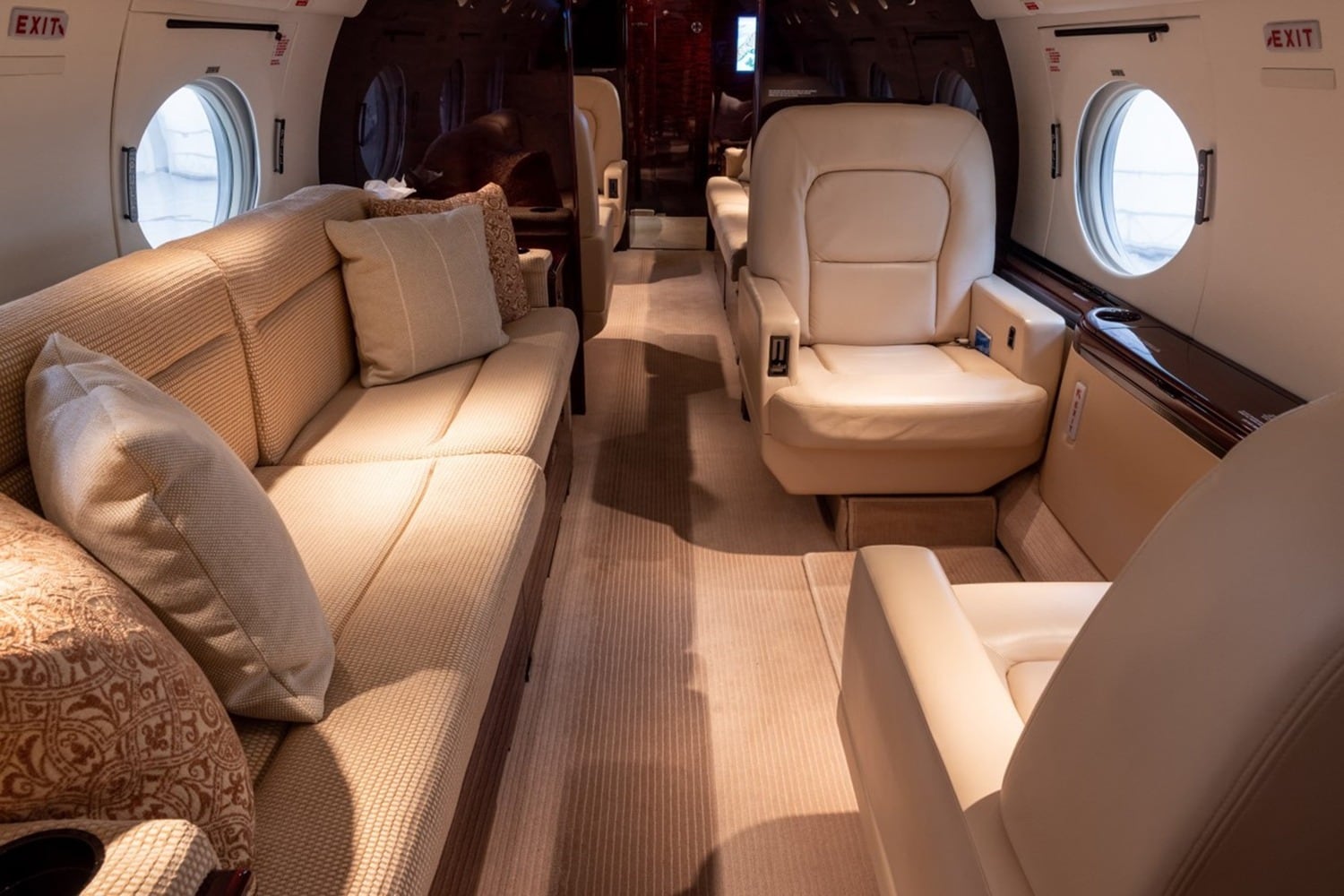 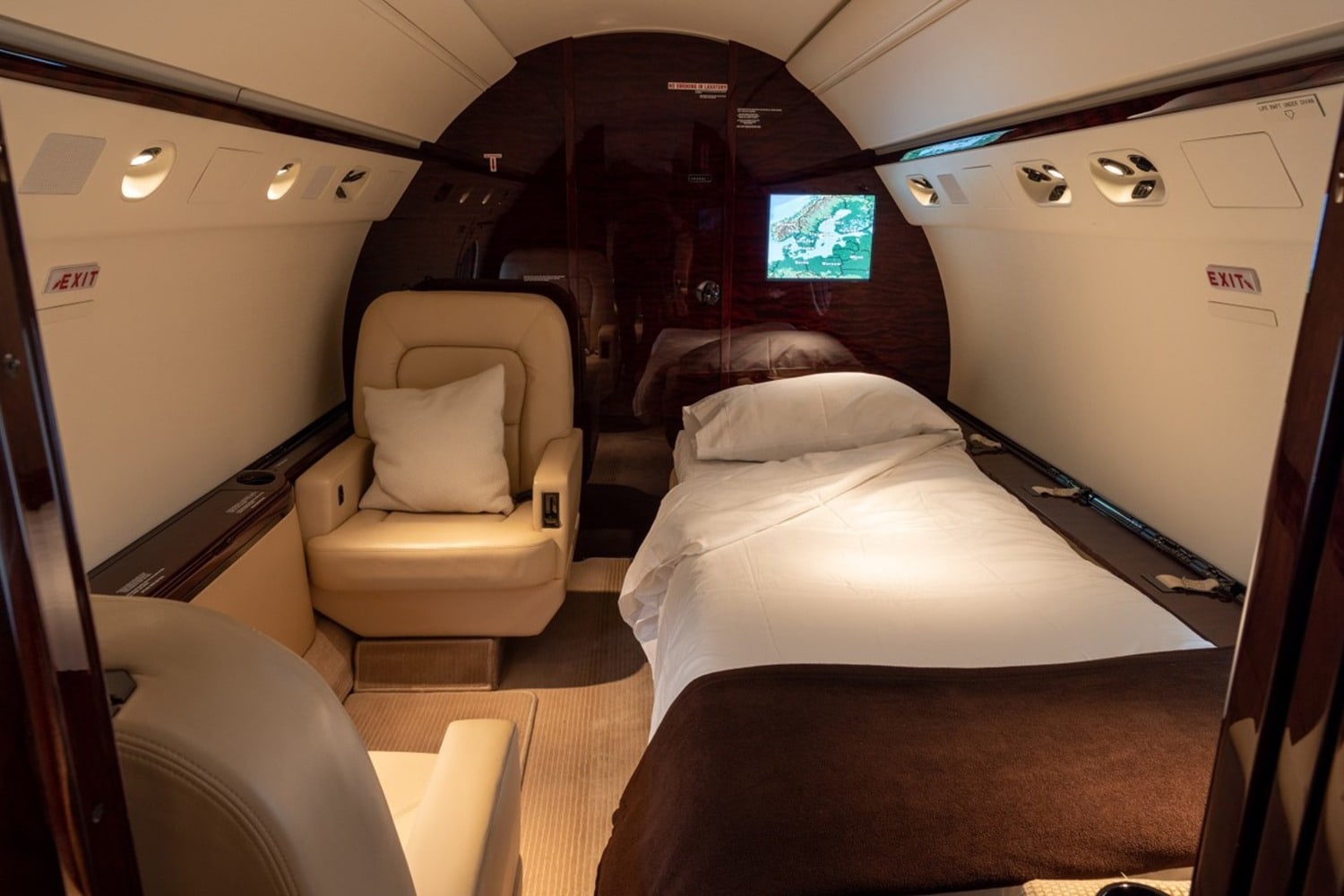 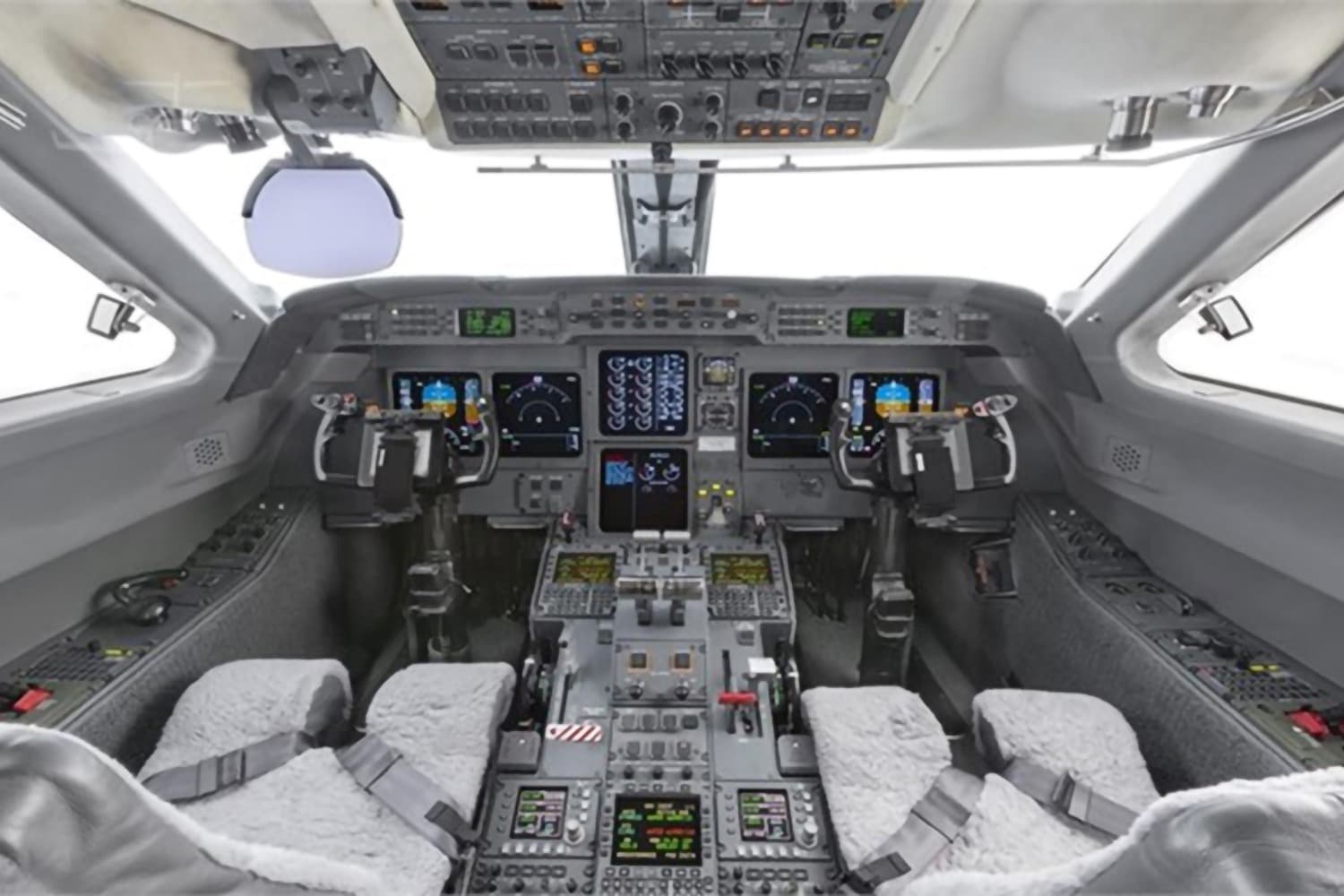 The GV was the first ultra-long-range business jet produced by Gulfstream. Most notable about the GV is its 6,500 nm range made possible in part by the new BMW Rolls-Royce BR710A1-10 engines, which offer increased thrust. The GV is capable of non-stop flight from New York to Tokyo.

Па стане на кастрычнік 2016 года 74% Gulfstream GV aircraft were purchased pre-owned by their current owners, the other 26% new. Currently, 4.2% are for sale with all of those (100%) under an exclusive broker agreement. When for sale, the average number of days on the market is 197.

,en Gulfstream V was the original champion of the ultra-long-range private jet category. The model took its first flight in 1995 and was subsequently certified in 1997. The Gulfstream GV began production in 1996 and ceased production in 2002. A total of 193 Gulfstream GV aircraft have been produced with all but two currently in operation.

,en Gulfstream V model is outfitted with two BMW/Rolls-Royce BR710-48 engines, with each one providing up to 14,750 lbs of thrust. These provide the huge amount of power necessary for the GV to travel intercontinental distances at high speeds. It can climb to 37,000 feet in just eighteen minutes and is certified to fly as high as 51,000 feet.

Consequently, it has the potential to avoid most air traffic and can travel at a cruising speed of up to 488 knots. Even today, its most notable strength is its virtually limitless range, able to fly anywhere in the world with a high passenger capacity.

Besides its exceptional intercontinental range, it is also one of the most trusted business jets in the world, offering impressive performance capabilities and a flight history with countless years of flight time.

Although it has an astounding maximum range of 6,425 nautical miles, it may be even more impressive that it can still fly 5,416 nautical miles with its maximum payload of 6,600 lbs. And beyond its excellent performance capabilities, the Gulfstream V is also one of the most reliable aircraft on the planet.

The interior cabin of the GV has very generous dimensions with a noticeably spacious luxury environment. Its 50’1″ cabin length and 6’1″ cabin height provides ample freedom of movement and a definitively open interior atmosphere. The aircraft’s extremely long length is typically utilized by being partitioned into three individual zones, though alternate configurations are possible. The passenger area is not the only section of the aircraft that features an abundance of space; the external baggage compartment can store up to 226 cubic feet providing ample room for additional luggage.

,en Gulfstream V features various amenities including but not limited to separate lavatories for passengers and crew, a hot-and-cold full-sized galley, power outlets, fold-out work tables, and multimedia entertainment systems. Despite the power of the GV’s engines, the cabin is noticeably quiet throughout its interior allowing for maximum relaxation or productivity. The cabin is regulated by a computerized pressurization system, which allows it to maintain cabin comfort even at very high altitudes. The model is rated to 10.2 psi, maintaining sea-level cabin pressure as high as 29,200 feet.

The aircraft also has a variety of safety features and an excellent history of reliability. Safety instruments such as mechanical backup systems and anti-skid wheel brakes allow for peace of mind during long flights. In short, the GV is a very powerful ultra-long-range business jet that is capable of taking its passengers to any destination on the planet while ensuring maximum comfort, luxury, and space. The typical configuration features 13 passengers and 2 crew seats.

The cockpit’s avionics system is built around the Honeywell SPX-8500 suite. One of its optional features is rather notable: a HUD and Kollman/OpgalEnhanced Vision System (ECS) that gives the Gulfstream V the ability to land in harsh conditions with limited or no visibility.

A Forward-Looking Infra-Red (FLIR) sensor records light concealed by rain or fog and creates a display in the cockpit of the runway. The display is detailed enough to show the centerline of the runway. 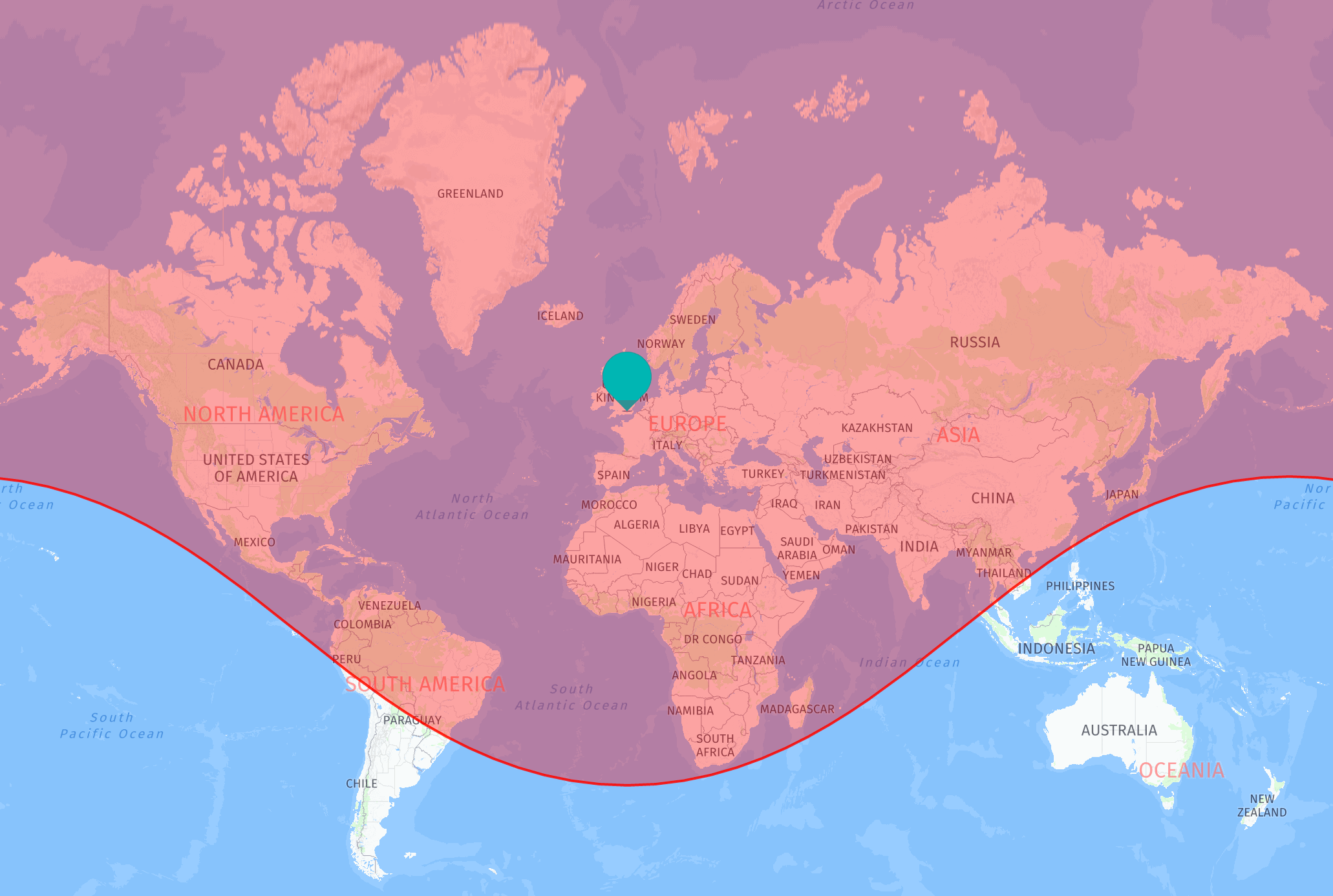