Who Is the Typical Private Jet Owner? 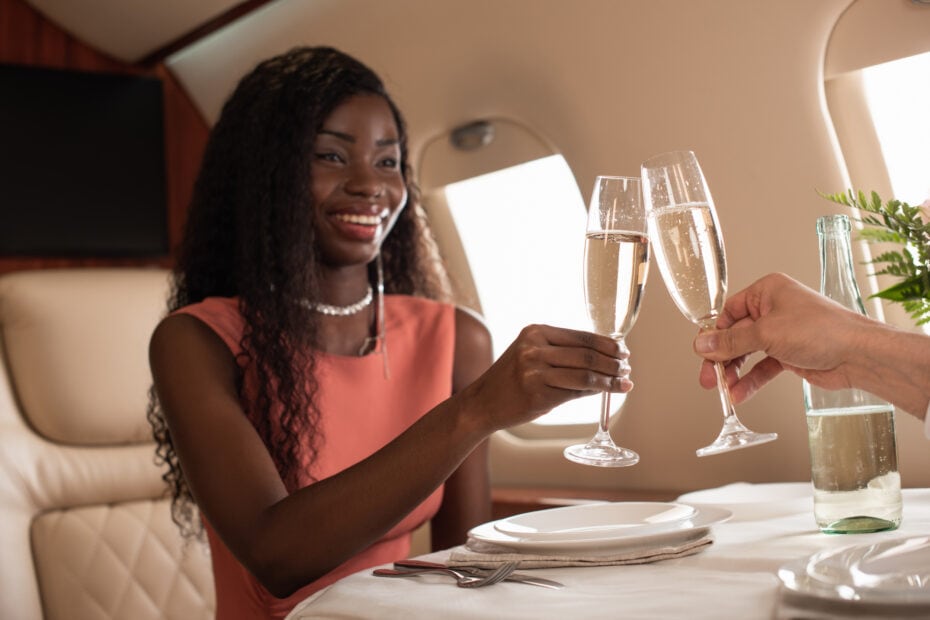 Private jets are often surrounded by an air of mystery. There is a vast quantity of questions around the people that fly by private jet, along with who actually owns them.

It is often assumed that private jets are used exclusively by celebrities. However, there are plenty of other individuals & companies that own a private jet.

Therefore, here we will explore who the typical private jet owner is. Data is courtesy of Wealth-X’s “Spotlight on Private Jet Owners“.

Firstly, what is the net worth of the typical private jet owner?

As you would expect, the average net worth of the typical private jet owner depends on the size of the aircraft. Generally speaking, the larger the aircraft, the greater the cost to acquire, maintain, and operate.

Therefore, the net worth of private jet owners increases with the size of the aircraft.

For very light and light jets, the median wealth of the typical owner is $60 million to $70 million. Midsize & super-midsize aircraft owners typically command a net worth of $120 million.

And finally, large jets. These are the crème de la crème of business jets in terms of size and flagship technology. This is the category that features the Bombardier Global 7500 and Gulfstream G700. Two of the latest, most advanced aircraft that are currently available. Moreover, the new price for these assets is in the mid $70 million range.

As a result, the median wealth for large jet owners is $270 million.

So, it is now known the median wealth that is common in order to own a private jet. However, what industries do these owners devote most of their time to?

Please note, the following analysis is based on the primary industry to which the wealthy devote most of their time. This is not necessarily the industry that created their wealth.

Quite a way behind at just under 13% there is business and consumer services. Followed by real estate at 8.6%, hospitality & entertainment at 5.3%, and manufacturing at 5.2%.

When it comes to the interest, passions, and hobbies of private jet owners, over 50% of the group state philanthropy as their primary interest. This is followed by sports at 35%, the outdoors at 33%, politics at a quarter, and public speaking close behind.

Therefore, it will come as no surprise that the United States is the country with the greatest number of private jet owners. This is closely followed by Brazil, then Canada, Mexico, and finally Germany.

In terms of the number of registered aircraft, North America dominates.

Globally there are just under 22,500 private jets in service. 70% of all private jets are registered in North America.

After North America, Europe is the region with the most private jets, accounting for around 13% of all aircraft.

It is important to note here that there are factors other than wealth that influence private jet ownership. Factors such as market maturity, level of infrastructure, tax treatment, and private jet culture are all critical.

When it comes to the demographic of private jet owners, the global average is 63.6 years old.

However, the average age can be broken down into three segments. Firstly, owners under 50 years old, owners between 50 and 70, and finally, owners over 70 years old.

As you would expect, the under 50 age group is the smallest. Only 6.9% of all private jet owners are under 50 years old.

The final category is the over 70 years old, with around 43% of all private jet owners belonging to this category.

This age distribution can be broken down even further by looking at the age brackets for each category of jet.

Furthermore, when it comes to jet owners under the age of 50, the two most popular categories are very light jets and large jets, with the former being the most popular. Approximately 10% of all very light jets are owned by individuals under 50. Meanwhile, around 8% of all large jets are owned by individuals under the age of 50.

Virtually every registered owner of a private jet around the world is a man. To be exact, 97% of all private jet owners are men.

Interestingly, this is higher than the gender distribution of the general UHNW population where 89.8% are men.

Similar to age, it is possible to look at the distribution based on jet size.

The data allows us to conclude that women are more likely to own larger aircraft and that almost every very light jet is owned by a man.

The gender distribution is as follows:

From this data, there are some strong conclusions that can be drawn about the typical private jet owner.

The most common private jet ownership profile is an over 50-year-old male from North America, with a passion for philanthropy.

Of course, there are some other conclusions that can be drawn, however, they aren’t quite as stark.

For example, banking and finance is the most popular industry that a private jet owner works in. Net worth is typically greater than $60 million.