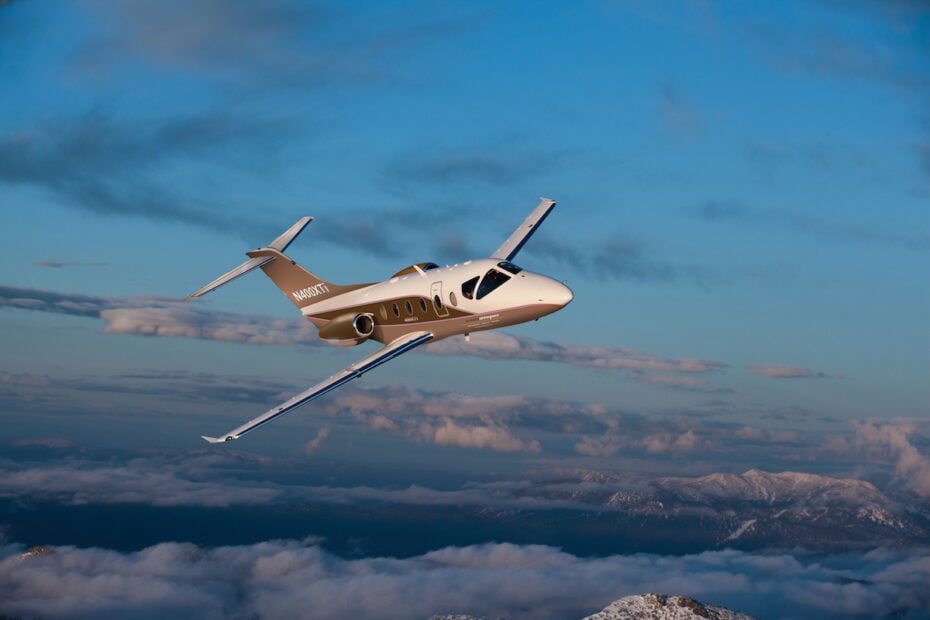 The ultimate competition between three of most common light jets on the market: the Embraer Phenom 300E, the Nextant 400XTi and the Cessna Citation CJ3+.

If you are flying by private jet, which is the best light jet to choose?

Firstly, cruise speed. This is a metric that is easy to understand and compare.

Is this difference going to be noticeable in the real world? Chances are not likely. Depending on the distance of the flight a more economical cruise speed may be required. However, even in these scenarios the CJ3+ will be slower than the other two – all things being equal. Furthermore, a higher cruise speed not only means a shorter journey but also less time on the airframe, engines and so on. Less time results in a higher pre-owned value and longer intervals between maintenance.

This gives each aircraft enough of a range to fly the distance from New York to Las Vegas (just).

The take off distance is where the numbers start to diverge with the Cessna CJ3+ taking the crown, but only just.

A difference of 600 feet – in optimal conditions – is a plausible enough difference to consider the options closely depending on the airports that you wish to to fly to.

Minimum landing distance tells a different story. The Embraer Phenom 300E comes out well ahead of the other two aircraft. In this situation lower numbers are better

What makes the numbers we have just discussed even more impressive is when you take the capacity of the aircraft into consideration.

In the real world it is highly unlikely that any of these aircraft will carry their stated maximum passenger capacity. The way the cabins are setup would make this a very cosy interior. However, the passenger occupancy rates will be proportional.

When judging the interiors of these aircraft you must consider the amount of time that each aircraft has been in production. Namely that the Phenom 300E is a far more modern aircraft with production having started in 2018. The other two started production in 2014.

The Phenom 300E interior has been completely redesigned since the previous Phenom 300. From tables to window shades, from seats to ceiling panels, the interior is all new. Furthermore, Embraer have listened to customer feedback regarding the previous iteration of aircraft. This has allowed them to adapt the cabin to that feedback. Additionally, the low cabin altitude of 6,600 feet and quiet cabin noise level of just 75 dB will ensure that you can comfortable work or relax, so that you arrive at your destination as refreshed as possible.

The new seats feature retractable armrest and thigh supports, along with tracks which allow for the cabin seats to pivot away from the side walls to increase the amount of shoulder room each passenger has, giving passengers even more space. The retractable armrests also create more space within the cabin, with the Phenom 300E featuring a slightly wider aisle than the previous generation 300.

The seating configuration offers a three-seat divan sofa, four club seats and an additional toilet seat. The interior is elegantly designed with individual passenger controls for cabin lighting and temperature. The 400XTi features a unique-in-class flat floor design. The new composite shell cabin interior adds an extra 3 inches at shoulder level and an additional 2.5 inches headroom. If buying from new there are multiple interior layout configurations to choose from.

All interior options have space for a full-service galley, space for dual hot cup containers, dual ice containers, a waste container and space to store drinks.

In the CJ3+ fourteen windows provide a reasonable amount of natural light within the cabin. When flying at night the interior is illuminated by low-power, energy-efficient LED lighting. The cabin is quiet for the light jet class and the cabin altitude goes to a maximum of 8,000 feet. However, while a cabin altitude of 8,000 feet is not impressive compared with many larger aircraft, for a light jet flying short missions this cabin altitude is acceptable. Additionally, the CJ3+ features a belted flushing toilet as standard.

The CJ3+ remains connected to the world below with wireless cabin technology designed especially for the Citation lineup. Optional in-flight WiFi, moving maps, flight information and cockpit audio are all integrated with your own personal device. This allows for “uninterrupted productivity and entertainment”. An optional satcom phone is also available.

Upfront the aircraft features a refreshment center to keep you well fed during the mission. This can be replaced by a side-facing seat to maximize passenger capacity. The four front seats are arranged in a club configuration with access to an executive table. Combine all the factors and you get, as Cessna says, “a peaceful, productive environment”. Cessna also say that the Citation CJ3+ “offers the ultimate cabin for light-jet travel”.

Price is often the deciding factor for many when flying by private jet. It is also often the factor that most people are curious about in general.

One of the reasons that the CJ3+ is so popular among private jet charter customers is the price. The estimated price per hour to charter a Cessna Citation CJ3+ is $2,750. The 400XTi comes in at $3,000 per flight hour and the Phenom 300E is the most expensive at $3,150 estimated hourly cost.

If you wish to learn more about the hourly cost of private jets then check out this article. Additionally, if you are interested in the factors that affect the price of a private jet charter then have a look at this article.

When you consider the base list price for these aircraft the previous specifications start to make a lot more sense. Additionally, this numbers demonstrate the popularity of the Nextant 400XTi and Cessna Citation CJ3+.

The Nextant 400XTi is considerably cheaper with a base list price of just $5.2 million. That’s a lot of aircraft for the money. This is especially true when there are turboprop aircraft costing more (see King Air 260 and King Air 360). While there is a whole case to be made for turboprops over jets and by no means are the King Air aircraft overpriced. But for many private jet customers they want just that, a jet aircraft. There is a certain cachet that is perceived to come with jets over turboprops.

The decision of which aircraft is best will, as is often the case, come down to finances.

If you are looking to purchase a private jet that is versatile, capable and comfortable, the Nextant 400XTi provides a value that is hard to ignore. $5.2 million and it can put up a fight against an aircraft that costs nearly twice as much. The 400XTi represents the most aircraft per $1 million in this comparison.

And finally, who is the Cessna Citation CJ3+ for? The great thing about these aircraft is their availability. The are lots of them available which means finding on to charter will be easy. Furthermore, they are the cheapest aircraft to charter.