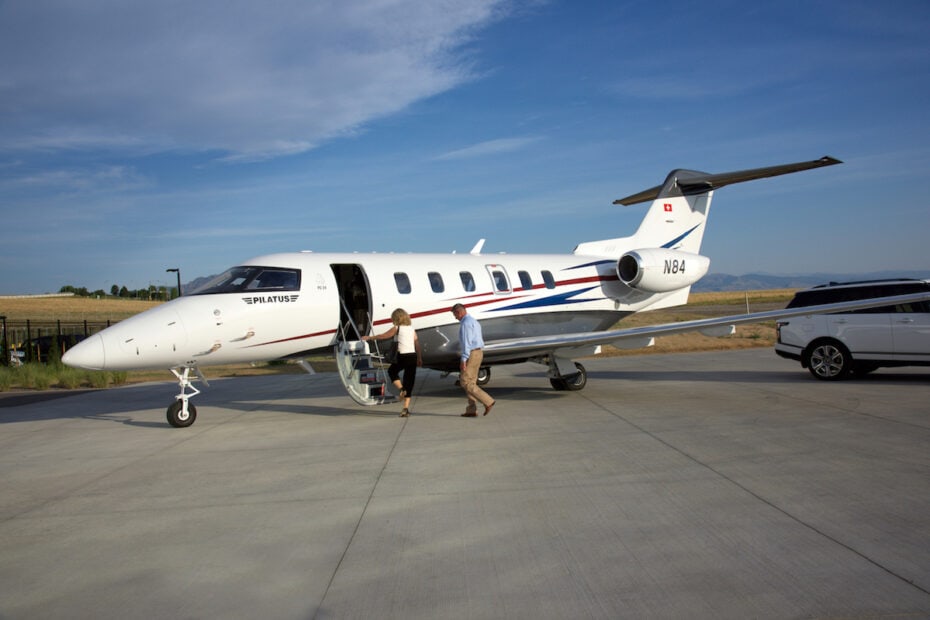 Flying by private jet from New York and Washington, D.C. is one of the most popular in the United States. Taking a private jet is the quickest way to connect to two cities, with a flight time of just 50 minutes by jet. A propeller aircraft can complete the journey in a little over 1 hour.

The flight distance between New York City and Washington, D.C. comes in at just over 200 miles. Of course, this distance will slightly fluctuate depending upon the airport that you arrive and depart from.

New York City is the second most visited city in the world, beating out London and just behind Paris. Washington, D.C., on the other hand, is the national capital.

Therefore, this private jet route connects, what some consider the world capital for business, arts, entertainment and culture of New Your City, with the “Capital of the Free World”. The route is therefore popular with business groups, executive officers, politicians and diplomats.

This short routes allows for plenty of flexibility of aircraft choice. Therefore, whether you are travelling in a large group or looking for the cheapest option, nearly every aircraft type can be considered. Furthermore, there is a wealth of airport choice at both ends of the trip. Consequently, finding the most convenient and cost friendly airport can be easily done.

The route between New York City and Washington, D.C. is a simple one, with a flight distance of just 210 miles. This is of a similar distance to the private jet route from Los Angeles to Las Vegas. This, therefore, places the route within the comfortable range limit of every aircraft on the market.

Additionally, executive turboprops are a great choice if you are looking to keep costs down for this mission. View and compare aircraft here.

Suitable Aircraft for Flying by Private Jet From New York to Washington, D.C.

Due to being just over 200 miles between the two cities, virtually every aircraft under the sun can be considered for this journey. A small propeller aircraft is up to the job if really wanted to! However, while this would dramatically reduce the flight cost, the time delay and low comfort levels would be unwelcome for most customers.

Aircraft for Up to 4 Passengers

If you are flying with 4 people or fewer, a VLJ makes a lot of sense for this route. VLJs (Very Light Jets) are aircraft that are perfect for short routes. They typically have a range of just over 1,000 Nautical Miles and can cruise at around 400 knots.

Popular VLJ aircraft are the Cessna Citation Mustang, Embraer Phenom 100EV and HondaJet HA-420. See which is the best one here or search them all here.

If you have a few extra people coming along for the trip, or some extra luggage, a light jet is the next best thing. Light jets are are little larger than VLJs, have an increased range and can quite a bit faster at around 450 Knots.

Popular light jets include the Embraer Phenom 300E, Bombardier Learjet 75 Liberty and Nextant 400XTi. See which is the best light jet here or search them all here.

If you are flying with a between six and ten passengers you will want to be considering midsize jets at a minimum. These aircraft are capable of crossing oceans and continents. Therefore, they are far more comfortable than VLJs and light jets. Midsize jets have a typical range of around 3,000 Nautical Miles and can cruise at around 460 knots.

Aircraft for over 9 Passengers

When you are carrying a passenger count that is in the double digits, it is time to consider large jets. These are the crème de la crème of private jets. There is a large variety of aircraft, with the maximum passenger occupancy being 19. Some of these aircraft can cruise at over 500 knots for over 6,000 Nautical Miles. However, for New York to Washington, D.C., these aircraft should only be used for large groups.

Popular large jets include the Dassault Falcon 8X, Gulfstream G550 and Embraer Legacy 650E. See which is the best flagship aircraft here or search them all here.

The best way to choose the right airport for your charter flight is by convenience. The reason that private jets are able to save you so much time is because of the time they save while on the ground.

Read More
Every Type of Private Jet – Which One is Best?
Private Jet from Los Angeles to Las Vegas
Private Jet Empty Leg – Everything You Need to Know

However, it is strongly recommended not to fly in or out of JFK Airport when flying by private jet. While it is possible, due to the large volume of commercial traffic there is a high chance of being delayed.

It is also important to consider the landing fees that each airport has. If you are looking to fly by private jet from New York to Washington, D.C. as cost effectively as possible, get prices for multiple airports. Landing fees are just one factor that affect the price of a private jet charter, check all the factors out here.

For private jet customers the most popular aircraft is Ronald Reagan National Airport. This airport is close to the heart of D.C., resulting in a reduced travel time while on the ground. Additionally, the airport handles less flight traffic than Dulles, resulting in a lower chance of delays.

As is common when seeking out a private jet charter, the price depends. There are a variety of factors that impact the cost of a private jet flight. From fuel prices to aircraft availability, every mission is different. However, it is possible to provide some ballpark figures when flying by private jet from New York to Washington, D.C..

Important to consider is that all aircraft have different hourly prices, even when in the same category. However, thanks to the New York to Washington, D.C. route being one of the most popular in the United States, prices should be fairly standard. Airports within New York and Washington are home to many aircraft, helping to reduce the cost of repositioning fees.

For this particular route the main factors that will affect price are number of passengers and short leg fees.

Please keep in mind that these prices are estimated only, a variety of factors will impact the total cost. Furthermore, each aircraft has a different hourly rate. Clearly, the cheapest way to fly by private jet from New York to Washington, D.C., is, in fact, not in a jet at all. A turboprop is the most cost efficient way to fly. The compromise here is speed, with turboprop aircraft taking around 20 minutes longer than a jet aircraft.

Alternatively, a great way to fly private for less is with an empty leg. And, thanks to this being such a popular route, many will be available. Empty legs can see customers save up to 75% off the price of a regular charter flight.