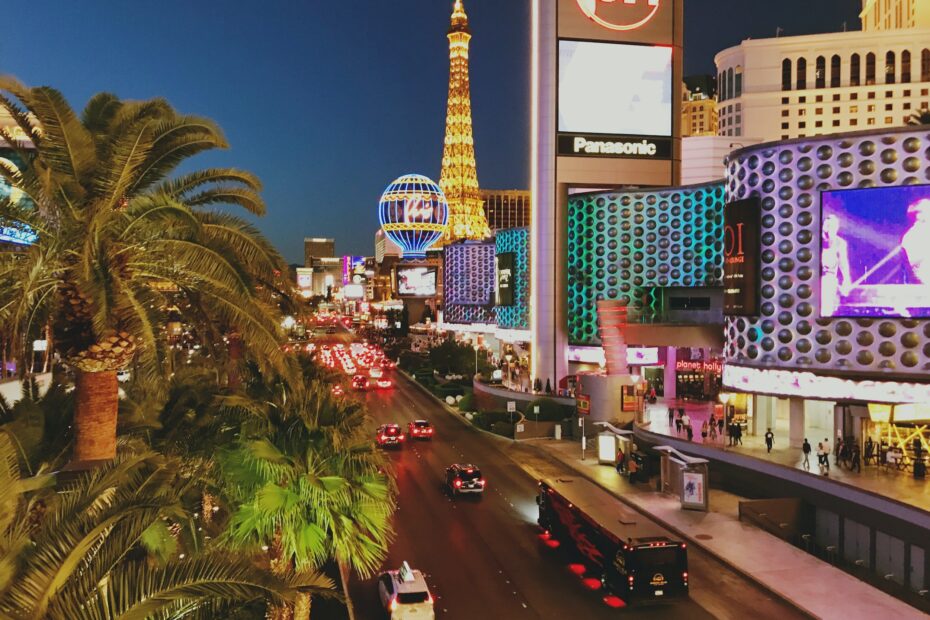 Learn everything you need to know about Las Vegas Airports and chartering a private jet in or out of Las Vegas. From airports and ground travel times to flight prices and local companies, it’s all here. If you are looking for the most cost-effective way to fly private, check out this article. Alternatively, if you are looking for the factors that affect the cost of a private jet charter, check out this article.

Looking for the top private jet airports in the US? Check out this great article.

McCarran is the primary airport that customers try to use as it is closest to the center of Las Vegas. However, McCarran is the 30th busiest airport in the world, so traffic to take off and land can delay the flight. Henderson Executive is a good choice if looking for a quiet FBO and quick departure.

Additionally, when booking a private jet charter, keep in mind that all airports will have different landing and handling fees. Therefore, depending on the size of the aircraft and time of departure, it may be worthwhile investigating departure or arrivals into different airports if you are looking for a minor reduction in fees.

McCarran International Airport is located 5 miles south of downtown Las Vegas. The airport is within easy reach of the Las Vegas Strip.

McCarran International is used both for private and commercial aviation. The airport has its own dedicated private jet terminal with 2 fixed based operators (FBO). This ensures that you will experience additional privacy and VIP treatment. Therefore, you and your travel companions will be far away from the busy main airport.

Initially the airport was opened in 1941 and called McCarran Field. Early on in its life it acted primarily as an army base while also handling some commercial flights. However, since 1941, the Las Vegas casino industry has grown, resulting in several expansions of the airport. In 2005, the Macquarie Infrastructure Company purchased the Las Vegas Executive Air Terminal.

As the name suggests, Henderson Executive Airport is an airport that primarily handles private aviation activities, namely private jet flights. Henderson Executive is the preferred choice for many travelers as an alternative to McCarran. The airport is far less busy than McCarran, seeing fewer than 200 flights per day. This entry and exit to the airport quick and easy.

Henderson Executive operates its own FBO. This means that the services you receive are organized and managed by the airport itself. Three caterers, one on-site restaurant, rental car access and comfortable seating with stunning views are all available at the Henderson Executive.

Henderson is a relaxed, peaceful airport. So much so that the tower does not operate 24 hours a day. Therefore, if you are considering arriving late then McCarran will likely be a better option.

However, private jets in and out of North Las Vegas Airport are limited to certain business hours. Therefore, much like with Henderson Executive, if you are looking to arrive or depart late then McCarran will likely be the only option.

Comfortable chairs, outstanding service and a FBO owned and operated by the airport make for an exceptional experience.

However, rough estimates can be made thanks to the center of Las Vegas being so condensed. Using the Bellagio Hotel & Casino as the final destination, the travel times by car are as follows.

Of course, the price to charter a private jet in and out of Las Vegas depends heavily on your final destination. However, here are some rough price estimates for one way flights to popular cities.

When looking to charter a private jet from a particular city it is not imperative to find a local company. However, some customers prefer to deal with a specialised charter company from their point of origin.

Private jet charter companies that are based in Las Vegas are:

Alternative charter companies that service the area include: