How Much Do Private Jets Depreciate in Value? 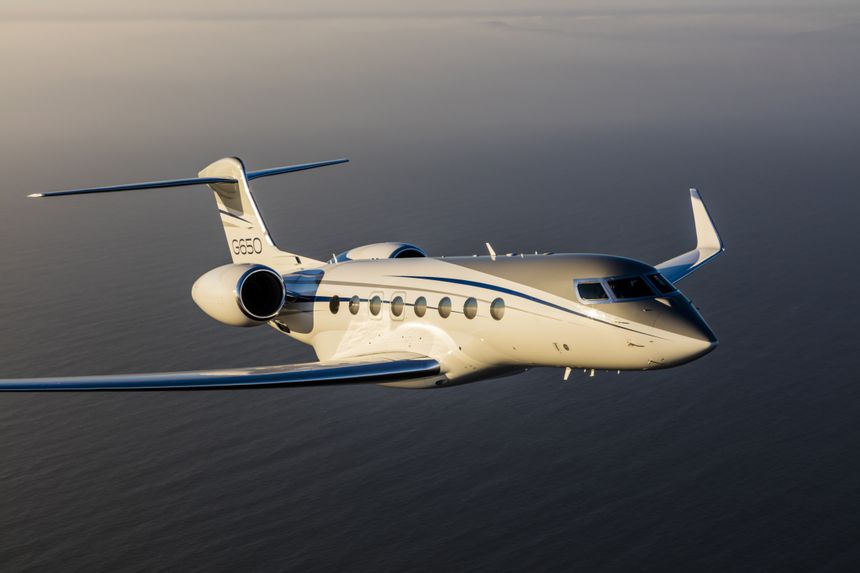 Yes, there are acceptions to this rule. For example, in late 2007 and early 2008 flipping a brand new aircraft or selling your delivery slot could result in profit. However, over almost any period of time, private jets will lose value.

This makes sense given that the older a jet gets the more maintenance is required, the less efficient it is, the less comfortable compared with new aircraft, and the older the technology.

Therefore, knowing that private jets depreciate in value, the most important question to ask is by how much.

Well, like virtually everything in aviation, there are a variety of factors that will influence the depreciation rate and no two jets are the same. As a result, some jets will hold their value better than others.

Purchasing an aircraft that holds its value best will result in a minimal loss when it comes time to sell.

It is important to note that the depreciation rate is not the only factor that needs to be considered when costing out an aircraft. Additionally, there are other factors that can help offset the depreciation and there can be many tax benefits to depreciation. This article is just looking at the aircraft that hold their value best over a five-year period.

Why Do Private Jets Depreciate?

There are three key factors that affect the depreciation of private jets: age, hours, and features. Essentially, the older the aircraft, the higher the hours, and the fewer features, the less the aircraft will be worth.

Of course, there are nuances in this.

However, much like with cars, the depreciation curve isn’t linear. Within the first few years, a private jet will see the greatest loss in value. However, over time, the curve will flatten and year-on-year will lose a lower percentage of value.

Secondly, hours. Hours for aircraft are like mileage for cars. The more hours an aircraft has, the less it will be worth. Private jets are designed to be used. Designed to fly.

Private jets depreciate based on the number of hours they have. The more hours they fly, the faster the aircraft will depreciate. The more you use an aircraft the more likely components will fail and need maintenance. The more use the interior will see which will require a refurb. These factors all influence depreciation.

Additionally, people like new things. To be the first owner of an aircraft is worth an awful lot. The ability to customize it exactly how you want and be the first person to use it. Subsequent owners will not have that level of customization and feeling. Therefore, it will lose value.

Thirdly, the features. Aircraft are full of technology. However, in the same way as a mobile phone, it quickly becomes out-of-date. Therefore, the older an aircraft gets, the more out-of-date the technology is. This, therefore, makes the aircraft worth less on the pre-owned market.

Of course, owners can replace the technology and upgrade it. However, it won’t be at the same level as an aircraft that has the latest technology integrated into it. Additionally, older aircraft may not be eligible for certain upgrades.

For example, look at the two images below comparing a cockpit of an older aircraft versus a brand-new jet.

As is a common theme in the world of private jet aircraft – no two are the same. This also applies to the depreciation rate of different jets.

However, if you are interested in the average for each class of jet and not the individual figures then here they are:

Therefore, the average depreciation rate for a private jet is 25% over 5 years. Therefore, for example, if you purchased an aircraft today for $10 million, in five years it is estimated to be worth around $7.5 million.

The figures below represent the average estimated depreciation rate over the last 5 years of production of each aircraft. For example, if an aircraft were manufactured between 2002 and 2015, the depreciation figure represents the percent depreciation from the 2010 model year to the 2015 model year.

For aircraft with a production run of under 5 years or for current-day aircraft that haven’t been around for 5 years, a small time frame is used.

Use the graph and table below to discover the depreciation rate for different types of private jets. Lower is better (i.e. the lower the percent, the less the aircraft depreciates).

Why Some Jets Hold Their Value Better

As you can see from the graph above, there is quite a variety of depreciation rates. Ranging from 0.2% to over 60%. Why is this?

Well, with some of the aircraft it is important to note that the depreciation rate is high due to being a new aircraft. For example, the Gulfstream G700. There is very little data to go off. Therefore, this value will settle down over the next few years and likely come closer to that of the G650.

One of the main factors that influence the depreciation rate of an aircraft is popularity. The more people want an aircraft, the better it will hold it’s value.

Having the G650 top the list is hardly surprising. It is a highly capable, comfortable, and modern aircraft. It is one of the most popular aircraft within the large jet category.

Additionally, the PC-24 holds its value well given its unique capabilities. If you want a midsize jet that can land on gravel runways, this is your only option.

However, when you look toward the bottom of the list (i.e. those aircraft with a high rate of depreciation), there is a common trend.

Additionally, many of the aircraft at the lower end of the list are larger aircraft. Light jets are traditionally the most popular category of aircraft. They are more useable and typically fit mission criteria better.

Therefore, the is less demand for larger aircraft on the pre-owned market. Moreover, the larger the aircraft, the larger the operating costs. This, again, closes off the market to a lot of customers.

There are plenty of owners who can comfortably own and operate a Phenom 300, however, owning and operating a Falcon 8X would be too much of a stretch.

How to Minimize Depreciation

When it comes to maintaining the value of your asset there are a number of considerations to make.

Firstly, hours. The more the aircraft flies, the more the resale value will decrease. However, there is a point at which not flying enough has a negative impact on value. Aircraft are designed to be flown. Therefore, by not flying, rubbers and seals can become perished and equipment may not function as intended. Therefore, it is important to fly your aircraft but be mindful of the hours.

For example, if you are thinking of chartering out your aircraft you need to calculate the projected charter income versus the depreciation that you will experience from the increased hours.

Thirdly, condition. If you refurbish the aircraft to an OEM standard, maintain the paint, and upgrade the technology, your aircraft will maintain value far better than the equivalent aircraft that hasn’t been touched since the factory. Everyone likes new things and you can provide that with the latest technology and new leather.

Fourth, don’t buy new. New aircraft, just like new cars, experience the greatest hit to depreciation. Therefore, purchasing an aircraft just a few years old can help avoid the greatest hit. However, this needs to be balanced with your intended usage, along with the benefits and drawbacks of buying pre-owned versus new.

Fifth, choose wisely. Ultimately, some aircraft hold their value better than others. Therefore, by selecting an aircraft that traditionally has held its value well versus one that loses a lot of value quickly will help to protect you from large depreciation hits.

In 99.% of situations, private jets will lose value with every day that they get older.

However, not all aircraft lose their value equally. Therefore, it is important that you select carefully and keep your asset in the best possible condition to help reduce its value loss.