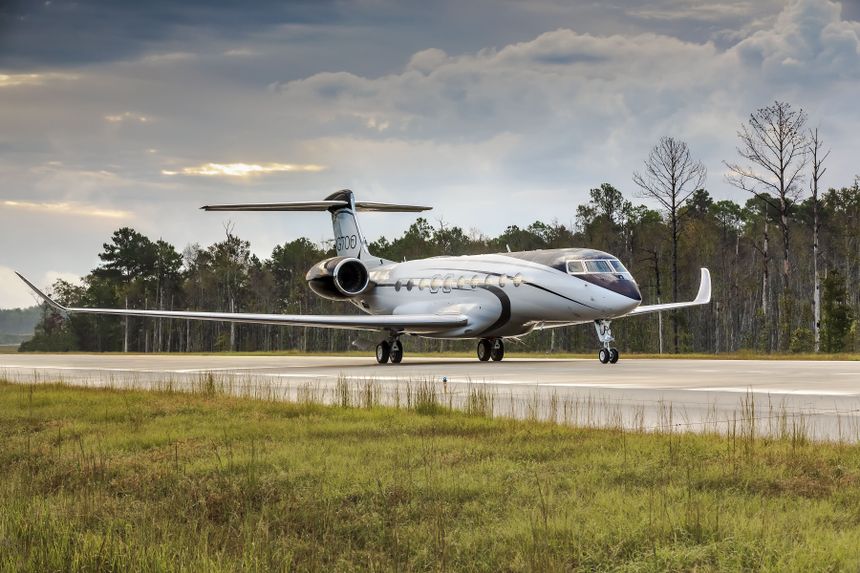 The ultimate competition between two of the most luxurious, most capable private jets in the sky – the Gulfstream G650ER Vs the Gulfstream G700. Both aircraft have similar stats, costs and capabilities.

Therefore, how do you choose one over the other?

The G700 is Gulfstream’s latest aircraft development, with deliveries to customers due to begin in 2022. The G650ER has been around since 2014, with the G650 – the platform that the G650ER is based – having been around for a decade.

Is it as simple as one is newer? How do you decide the best one to charter? Is it worth purchasing a G650ER pre-owned for less than a new G700? All these questions and more will be answered in this instalment of aircraft comparisons. To view all our other aircraft comparisons then please click here.

Firstly the performance data will be assessed. Factors such as cruising speed, range and runway performance will be discussed. Next the interiors will be analyzed. Finally the costs – both charter and purchase – will be compared.

Firstly, cruise speed. This is a metric that is easy to understand and compare. Additionally, the cruise speed of an aircraft is vitally important when flying long distances. If one aircraft cruises at 450 knots and another at 500, over a distance of 7,000 Nautical Miles that will translate to an increased journey time of 1 and a half hours.

In terms of the maximum speed of the aircraft, both aircraft have a Maximum Operating Mach Number (Mmo) of Mach 0.925.

Range is a similar story to cruise speed when comparing these aircraft. Both aircraft have a maximum range of 7,500 Nautical Miles (8,631 Miles / 13,890 KM) one a single tank of fuel.

This means that both aircraft can fly non-stop from New York to Hong Kong or Seattle to Sydney. For reference, both aircraft are able to achieve this range when cruising at 0.85 Mach.

The take off distance is where the numbers start to diverge with the G700 taking the crown, but only just.

In the real world will this difference be noticeable? Probably not. However, the benefit of a shorter take off distance is that the aircraft is able to reach more airports. Although it is unlikely that there will be a situation in which the G700 can reach an airport that the G650ER can’t.

However, these numbers are an interesting comparison between the aircraft. The G700 has the same range as the G650ER. Can achieve the same speeds. The G700 is also a larger aircraft. So the fact that Gulfstream have been able to develop the G700 to have a shorter take off distance than the G650ER – even if it is slight – is an impressive feat of engineering.

The figures are even more pronounced when looking at the landing distance of both aircraft.

Again, in the real world will this be noticeable? And again the answer is no. The reason for this is because whichever airport you land at you have to take off from. Therefore, to land at an airport that you can’t take off from isn’t particularly useful. However, it once again highlights the impressive engineering and technological advancements that have gone in the G700.

Both aircraft can carry up to 19 passengers. This is hardly a surprise given the fact that the G700 is the flagship aircraft for Gulfstream, with its predecessor being the G650ER.

The interiors of both aircraft are classic Gulfstream. However, this is where the extra size of the G700 will be most appreciated. Both cabins of the G650ER and G700 are the same width and height. Both a 2.49 meters wide and 1.91 meters height. This makes both cabins easy to move around in and provide plenty of shoulder room. The difference is length. The G650ER has an interior cabin length of 16.33 meters versus the 17.35 meter length of the G700. This enables the G700 to have up to five living areas, compared with up to four living areas in the G650ER.

The G650ER has space for up to four living areas, providing enough space to work, dine, entertain and relax. The cabin noise level comes in at just 47 decibels, making it one of the quietest cabins in the sky. When cruising at 51,000 feet the cabin altitude is just 4,100 feet. Lower than most other jets at lower altitudes. Bear in mind that when cruising at lower altitudes the cabin altitude is even lower.

Combine these two factors and you have a supremely comfortable cabin. And, as you would expect from a Gulfstream, 100% fresh air is constantly entering the cabin. The entire volume of air in the cabin can be replaced with 100% fresh air in just a few minutes. Sixteen of Gulfstream’s large oval windows run along the side of the cabin.

According to Gulfstream, the G700 features the tallest, widest and longest cabin in the industry. The aim of the G700 is to create the most comfortable environment possible in the sky so that you can sleep, work or relax as efficiently as possible.

The G700 features true circadian lighting to simulate the sunlight of your next time zone to help reduce the effects of jet lag. Additionally, the G700 has a maximum cabin altitude of just 4,850 feet, one of the lowest cabin altitudes to be found on a private jet, helping you sleep better and reduce the effects of jet lag. Add in the extremely quiet cabin, you will have no trouble working, sleeping or just relaxing.

Compared with the 16 windows on the G650ER, the G700 features 20 of the signature Gulfstream windows. As standard the G700 features Jet Connex Ka-band Wi-Fi so that you can stay connect when you are in the air for hours at a time.

Seeing as the G700 is a larger and newer aircraft than the G650ER, you would expect the G700 to cost more to charter. And that is exactly correct.

If you wish to learn more about the hourly cost of private jets then check out this article. Additionally, if you are interested in the factors that affect the price of a private jet charter then have a look at this article.

Moreover, if you were to consider pre-owned examples, a G650ER can be had for as little at $40 million for a three to four year old aircraft. All things considered, that’s a lot of aircraft for the price.

The G650ER is at an inherent disadvantage in this comparison.The G700 is far newer. A newer aircraft brings new technology and improvements over the previous generation.

Therefore, objectively looking at the figures the G700 is a better aircraft. The G700 can fly just as far, just as fast, and has a bigger, more comfortable cabin.