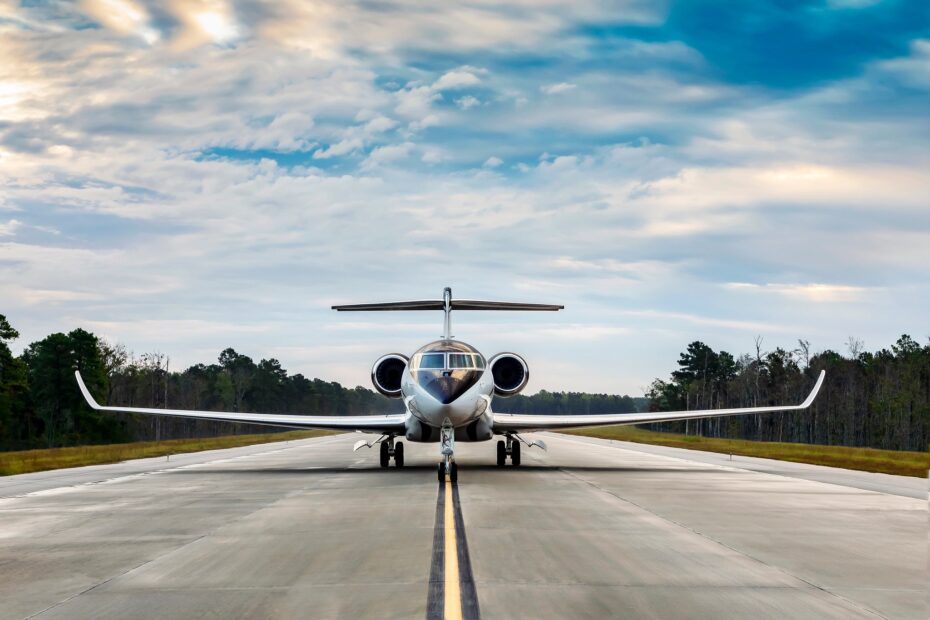 Therefore, how much has changed among Gulfstream aircraft in twenty years? And, crucially, is a G700 a better aircraft for the money?

Firstly, let’s start the comparison between these two aircraft by looking at their performance figures.

One area that this is most notable is maximum cruise speed.

Of course, there is a price to pay for flying a larger aircraft with more powerful engines. That price is fuel.

However, given the performance capabilities and size of the G700, these figures are remarkably close. At $5 per gallon, the G700 will only cost you an additional $120 in fuel per flight hour.

A range like the G700 means that it is capable of cruising non-stop between New York and Manila, Philippines.

The ground performance of these two aircraft is surprisingly similar. This is especially impressive given that the G700 is a far larger and heavier aircraft than the G550.

Furthermore, the ground performance of the G700 is even more impressive when it comes to minimum landing distance. In a shocking turn of events, the Gulfstream G700 is able to land in a shorter distance than the Gulfstream G550.

When it comes to the inside of these aircraft, the G700 boasts a far larger interior. Of course, this should not come as a surprise.

One of the most notable differences between the G550 and G700 is the interior length. When it comes to interior length, the G550’s cabin measures 15.27 meters long. In comparison, the G700’s measures 17.35 meters in length. You will struggle to find a larger, purpose-built business jet to fly.

As you can see, in every dimension the G700 is a larger aircraft. There is space for more living areas, a dedicated bedroom, dining area and shower. Furthermore, passengers will have greater shoulder room and headroom. Additionally, the cabin of the G700 will be easier to navigate due to a wider aisle.

Surprisingly, given that the G700 is a far larger aircraft, both the G550 and G700 have the same official passenger capacity. According to Gulfstream, both aircraft are able to carry up to 19 passengers. However, it is unlikely that either of these two aircraft will ever fly with every seat full, let alone be configured with 19 seats.

The difference in interiors between these two aircraft help to demonstrate the progress that has been made in the last nearly two decades.

With all this space the G550 is able to carry up to 19 passengers (dependent upon the configuration) and sleep up to eight passengers. One of the most notable features with all Gulfstream’s are the large, oval shaped windows.

These windows are larger than the competition and the G550 features 14 Gulfstream Signature Oval Windows throughout the cabin, making the cabin feel even larger and help boost wellness through the abundance of natural light.

Despite the length of time that the G550 has been in service it still features all the modern technology that one would expect from a private jet. All seats feature a personal audio/visual display and cabin settings are able to be controlled through a smartphone app, such as the window shades, the cabin temperature, video input, cabin audio, and flight information.

When configuring the aircraft everything is bespoke to the customer with a wide range of cabin configurations available (see below). You can option forward or aft galley configurations, with or without a crew compartment and up to four living areas. If you want a rice cooker in the galley this can be optioned. As standard, the G550 features a wireless network, satellite communication, an Iridium phone, and a fax/printer.

The cabin altitude in the G550 never exceeds 6,000 feet, which is lower than most airliners and business jets. This cabin altitude, combined with the low cabin noise levels of 53 dB and 100% fresh cabin air, means that no matter what you are doing – working, relaxing, sleeping or dining – you will be operating at peak efficiency. These qualities will also help to minimize the effects of jet lag so that you feel more rested when you arrive at your destination.

The aim of the G700 is to create the most comfortable environment possible in the sky so that you can sleep, work or relax as efficiently as possible. The G700 features true circadian lighting to simulate the sunlight of your next time zone to help reduce the effects of jet lag. Additionally, the G700 has a maximum cabin altitude of just 4,850 feet, one of the lowest cabin altitudes to be found on a private jet, helping you sleep better and reduce the effects of jet lag. Add in the extremely quiet cabin, you will have no trouble working, sleeping, or just relaxing.

Gulfstream has also fitted the G700 with twenty of the largest windows in business aviation, flooding the cabin with natural light to make the already large cabin feel even more spacious. As standard, the G700 features Jet Connex Ka-band Wi-Fi so that you can stay connected when you are in the air for hours at a time. The G700 features an all-new seat design that is handcrafted for each aircraft and can be converted to ergonomic beds.

When it comes to chartering these aircraft the G550 is less expensive than the G700. However, please note that there are many factors that influence the price of a private jet charter. Therefore, prices will vary depending on the mission.

Important to note here is that the G700 is yet to hit the charter market. Therefore, the estimated hourly price is an educated guess for the time being.

Usually, at this point in the comparison, we would proceed to compare the pre-owned value of each aircraft. Of course, this is an important aspect to consider as around 85% of all private jets are purchased pre-owned.

According to Aircraft Bluebook, a five year old G550 will set you back $29 million.

Therefore, the G550 will see a 47% retention of value over the same time period.

See how this value compares with the G500.

So, which one of these aircraft is better?

The answer to this question will not come as a surprise. The G700 far outperforms the G550.

This is not a shocking conclusion. Deliveries of the G550 started nearly 20 years ago and is coming to the end of its production life.

Within the past 20 years there have been numerous technological developments. Additionally, given that the G700 is the flagship aircraft for Gulfstream, it stands to reason that it has the latest and greatest technology.