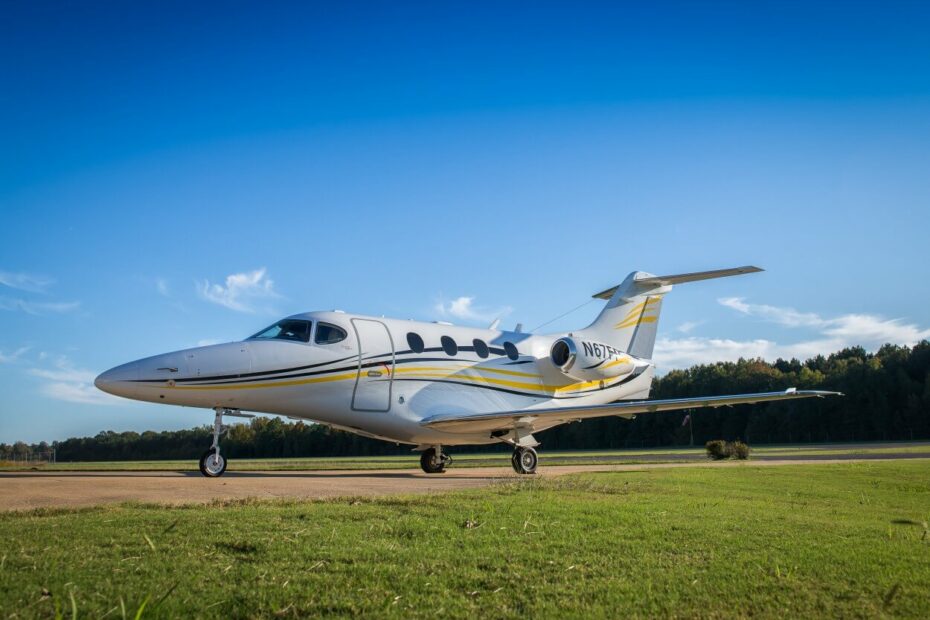 When it comes to the price of pre-owned private jets, aircraft within the same model can vary wildly. Naturally, this is expected and highly common.

In the same way that the same model of car will vary in price depending on the number of miles on the clock, a variety of factors will influence the price of a pre-owned private jet.

In fact, in many ways, the value of a private jet on the pre-owned market is very similar to that of a car. Low hours, a good maintenance history, being well maintained, along with the interior and exterior being in good condition, will all help to increase the aircrafts value.

There are two types of hours when it comes to private jets – airframe hours and engine hours.

The way that airframe hours impact the cost of a private jet is all in relation to the fleet average. Typically, most private jets fly around 400 hours per year. Of course, some charter operators exceed this significantly, while some private owners will only fly their aircraft 200 hours per year.

However, in general, the fleet average hours will be around 400 hours per year. Therefore, if the airframe of an aircraft has more hours than 400 per year, each additional hour will result in a decrease in value.

If the number of airframe hours is below the fleet average, value will not decrease as significantly.

The second type of hours to affect pre-owned private jet values is the engine hours.

Much like airframe hours, the higher the engine hours, the more the value of the aircraft will be negatively affected.

Moreover, the closer an engine is to its recommended time between overhaul, the less valuable it is. However, engine hours are a double edged sword.

Having hours that are extremely low will not increase value. It is important to have a record of consistent use and a good maintenance program.

Complete aircraft records are similar to a the value that a full service record provide for a car.

Records that demonstrate regular maintenance and appropriate responses to Airworthiness Directives will all help to increase the value of pre-owned private jets.

Having missing documents, pages or entries from the aircraft logbooks will negatively impact the value of the aircraft.

Put simply, any damage history on a private jet will decrease its resale value.

Of course, the extent to which its value will be affected is hard to say. This is because the nature of damage can vary significantly.

Factors such as the type of accident, severity of the damage, who repaired the damage and if other components were affected will all influence the extent to which the resale value is affected.

The age of the equipment in both the cockpit and the cabin will affected a private jets resale value. The impact can be both positive and negative.

For example, it is possible for some owners to double their aircrafts value through upgrading the avionics.

Alternatively, upgrading avionics may cost more than the lost resale value. Therefore, it is important to consider the ‘true’ cost of upgrading equipment.

Additionally, having old air conditioning systems and avionics can result in costly maintenance bills. Additionally, most owners will want to avoid the hassle of having their aircraft down for repairs.

The cause of the impact in value is three fold.

Firstly, maintenance cost. As previously mentioned, older equipment is more likely to go wrong. Therefore, it will need to be maintained more frequently, cost both time and money. Additionally, older equipment, such as ageing air conditioning or de-icing equipment will be less effective than new units.

Therefore, there are some cases where not upgrading the avionics of an aircraft will result in the aircraft being grounded. And who is going to buy a private jet that can’t fly?

And finally, buyers like new things. People like new technology and equipment. While installing a new in-flight entertainment system may not seem necessary to you, buyers will likely pay more for an aircraft that does have all the latest equipment.

Of course, the impact of equipment upgrades is more tailored towards older aircraft. However, keep in mind that technology within aviation is expanding at a rapid rate. Therefore, it won’t be long before that two year old jet is flying with obsolete equipment.

Following on from the point that everyone likes new things – new paint will go a long way to increase the value of an aircraft.

However, buyers should be careful if the aircraft has a fresh paint job as it may be hiding corrosion. And corrosion is something that will significantly decrease the value of an aircraft.

The condition of the interior of a private jet will also impact the resale value. Interiors with rips and stains is not what buyers want.

Moreover, the appearance of the interior is something that can make an aircraft look modern or dated.

Therefore, for many sellers, a sensible choice is sometimes to update the interior with patterns and fabrics that represent the latest trends.

Again, it all comes back to people liking new things. And, critically, willing to pay more for newness.

Moreover, if an aircraft has a particularly personalized interior, this will not only decrease the value of the aircraft, but also result in it spending more time on the market.

When it comes to the factors that influence the resale value of a private jet, there are some common themes.

Firstly, maintenance costs. The higher the chances of the next owner having to maintain the aircraft more frequently than other, the value will decrease.

And finally, history. If the aircraft has good history then its worth more.

Ultimately, it all comes down to the future owners risk. The more risk an owner has to take, the lower the value of the aircraft. With private jets this is especially important given the costs of owning and operating these aircraft.