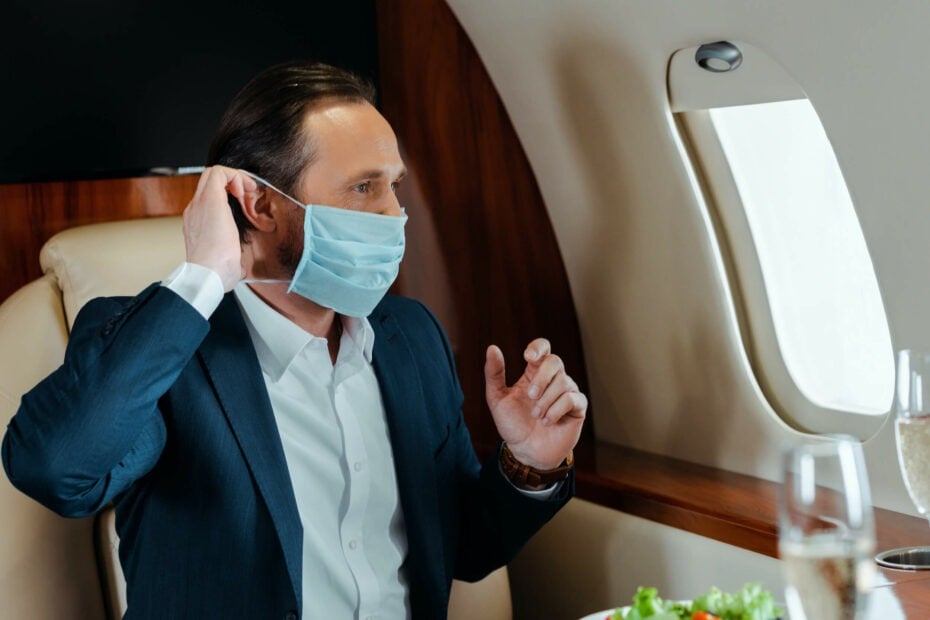 The air quality of aircraft is sometimes of concern for passengers. Moreover, the difference in air quality between commercial aircraft and private jets has often been questioned.

Read on to learn about the different kinds of air cleaning systems on aircraft, along with which aircraft have which kind of system.

Why Does Air Quality Matter?

Following on from the recent COVID-19 Pandemic, air quality and cleanliness have been an important consideration for many passengers. Indeed, some passengers are concerned that the risk of illness from air quality on aircraft is higher then in other environments.

Of course, having clean air is vitally important to reduce the risk of airborne viruses and illnesses. Moreover, the risk of illness from particles in the air extend beyond Covid.

Therefore, having an air filtration system that cleans a swathe of particles is critical.

Of course, this isn’t to say that the health risks are the same between flying commercial and flying private. Flying by private jet does help to reduce the risk of exposure to illness. However, this is achieved by having fewer touch points throughout the flying process.

Moreover, when flying by private jet you will encounter fewer people. Consequently, you are less likely to meet someone who is ill. Additionally, there are fewer people on the aircraft, and you will likely know all the other passengers onboard. Many charter operators also have far more stringent cleaning processes compared with commercial aircraft thanks to a slower turnaround process.

However, when it comes to just air quality, there is very little difference between commercial aircraft and private jets. This is to say that in both circumstances the air quality is exceptionally high.

The Different Types of Filters

When it comes to air quality on business jets, there are two primary methods of cleaning the air: a fresh air system and a recirculation system.

Fresh air systems on private jets work as the name suggests, by constantly bringing fresh air from the outside into the cabin. Because the air is always fresh, there typically isn’t a need for a filter.

The time taken to replenish all the air cabin will vary from aircraft to aircraft, however, most can do it within 2 minutes.

An aircraft with a recirculation system, on the other hand, works by bringing in partial fresh air while mixing it with the existing cabin air. In order to ensure the air is clean, the air is passed through a HEPA (High-Efficiency Particle Arrestance) filter.

The filter has a cluster of fibers which are able to filter out pathogens, bacteria, and other harmful particles from the air. Most manufacturers claim that HEPAs filters can remove around 99.97% of airborne particles.

Typically speaking, most private jets with a recirculation system are able to fully replenish the cabin air within 4 minutes.

These are the systems that are found on many business jets and the majority of commercial aircraft.

The process works in a similar way to fresh air systems. However, rather than 100% of the air being extracted from the cabin, a small percentage is recirculated and passes through the HEPA filter.

Which Air Filtration System is Best?

After learning about the two primary air filtration systems, a common question is which system is best.

This is a hard question to answer. Ultimately, both methods have processes in place in order to ensure that the air is as clean as possible.

One of the clear differences mentioned is the speed at which the entire cabin air can be replenished. If you were to go from this metric alone one would conclude that fresh air systems are best. However, the speed of cabin air replenishment is not the only way you can judge an air filtration system.

Additionally, the reasons for different aircraft having different systems are long and typically the system is tied into the overall design of the aircraft.

Therefore, there is little reason to select an aircraft based on the specific filtration system that it uses.

Some aircraft take cleaning the air a step further with a plasma ionization system. This is a feature that can be retrofitted to air or brought onboard for specific use.

The system is mounted onto the air duct and electronically removes germs and viruses in the cabin.

This system works by producing positive and negative ions from hydrogen and oxygen molecules in the water vapor in the air. The ions then cluster around germs, odors, and other particles in the air.

Through a natural reaction, pathogens are deactivated and odors are removed.

It has been demonstrated that using a plasma ionization system can neutralize 99.99% of the COVID-19 virus in just 30 minutes.

Which Aircraft Use Which Filters?

Bombardier Global aircraft all use HEPA filters as standard. However, Bombardier has announced their Pũr air system which combines a fresh air system with a HEPA filter for maximum cleanliness.

For Dassault Aircraft, HEPA filters can be retrofitted to Falcon 7X and Falcon 8X aircraft, if they weren’t already installed.

Embraer is another manufacturer that has opted for a recirculation system and is present in the Phenom 100EV, Phenom 300E, Praetor 500, and Praetor 600. However, customers can select either a fresh air system or recirculation with a HEPA filter for the Praetor family of aircraft.

All Gulfstream aircraft feature a 100% fresh air system. Moreover, Gulfstream is introducing a plasma ionization system on their latest aircraft, with the option to retrofit their older aircraft.

However, if an aircraft has a recirculation system without a HEPA filter, upgrading to a HEPA filter is usually a relatively straightforward procedure.

Recently, Bombardier announced their new Pũr Air System. This system results in, according to Bombardier, “cleaner air with better humidity and quicker heating and cooling than 100% fresh air only systems”.

The system uses a combination of a fresh air system passed through a HEPA filter. As a result, Bombardier claims that up 99.99% of particles can be captured. This includes viruses, allergens, and bacteria. The system also features an activated carbon filter which can remove volatile organic compounds, odors, and gases.

The Pũr Air System can replenish cabin air with 100% fresh air in as little as 90 seconds.

100% fresh air systems don’t require a HEPA filter due to the constant stream of fresh air. In a recirculation system, the ‘old’ air typically passes through a HEPA filter in order to remove any bad particles.

Additionally, a plasma ionization system can be installed in order to further kill bad bacteria and viruses.