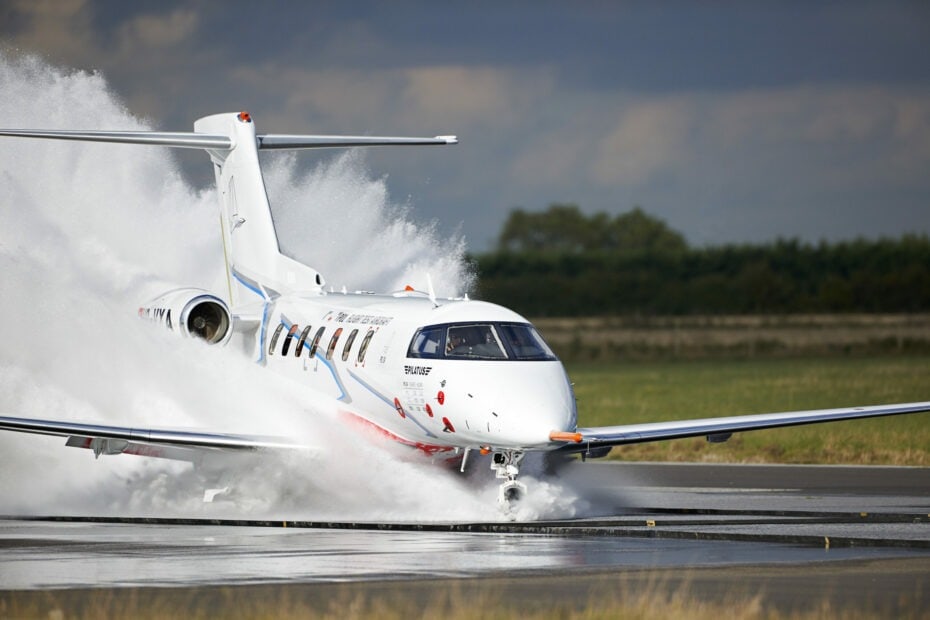 The question of whether private jets are safer than commercial aviation is a common concern among new private jet passengers.

There is a certain perception that as private jets are smaller than commercial aircraft that surely they aren’t as safe. Sure, private jets are more luxurious but should you trust your life with them?

The answer to this question is yes. Private jets are just as safe as commercial air travel, if not even safer.

However, much like how safety varies from airline to airline, safety can vary from charter to charter. Therefore, let’s investigate the reasons that private jets are just as safe as commercial. Additionally, this article will look at how to make sure you can always ensure your charter is safe.

After looking at the raw data there are then three key factors that will influence safety. These factors are the aircraft, maintenance and the crew. Finally the hygiene levels of each method of transportation will be considered.

What do the numbers say when looking at if private jets are safer than commercial air travel. For simplicities sake, only data from the United States of America will be compared.

The below graph shows the number of accidents per million departures for scheduled commercial aircraft in the United States.

If you wish to investigate the data in more depth for yourself, visit the ICAO Accident Statistics page.

As you can see, in 2020 there was an accident rate of 0.34 per million departures. That equates to one accident per nearly 3 million times a commercial aircraft takes to the sky. That’s a safe way to travel.

Private jets, on the other hand, reached 14 total accidents among business jets in 2018. In 2019 this number raised to 16 accidents.

However, there are most likely more than twice as many commercial airline departures than private jet departures per year.

One factor that will affect safety in the air is the aircraft itself.

The fact of the matter is that in order for an aircraft to operate within the United States of America, it must receive FAA approval.

The FAA have rigorous safety measures in place to ensure that aircraft in the sky are as safe as possible. Therefore, if an aircraft passes these checks, it should be consider safe.

One exception to this rule would be the 737 Max. During the Max investigations it was revealed that Boeing were able to significantly influence FAA aircraft approval measures.

Something to consider with the latest and greatest business jets is that they feature the latest technology. Far more so than commercially built aircraft. For example, nearly every new business jet has some form Heads Up Display for greater safety. For example, the Dassault Falcon 8X, G650 and Global 7500.

While an aircraft can be safe coming out of the factory, maintenance can make or break an aircraft. This is why flying with a reputable charter company, jet card program, fractional ownership or jet management company is vital.

The private jet industry is heavily regulated around the world, especially in the United States under the Federal Aviation Administration (FAA). Maintenance is, therefore, an area that is heavily scrutinized.

Required maintenance will vary from aircraft to aircraft and depending on the mission type, however, if the aircraft isn’t correctly maintained it is unable to fly.

Unfortunately we live in a world where there are companies that will allow aircraft to fly that shouldn’t. For example, in Europe 14% of all private jet charters are illegal – also referred to as “gray charters”. As demand for private jets increase, this epidemic is increasing, with the FAA ever trying to shut down illegal charters.

One again, it comes back to ensuring that you only every fly on a private jet when it has been arranged by a reputable company.

With airlines it can be far more black and white. There are less likely to be “gray” airlines. People naturally have a better sense of which airlines are safer. Additionally, there are fewer airlines than private jet charter brokers, therefore, it is easy to find a reputable company.

However, if you start off with a reputable broker or management company, private jets will maintained to the highest standards. Companies such as Clay Lacy or Air Charter Service will provide safe, well maintained aircraft.

The people at the front of the aircraft are the most important in keeping you alive. 74% of all accidents can be attributed to pilot error.

Therefore, if your crew are tired or not qualified for the job, safety will be seriously compromised.

Again, this comes back to the reputation of the company that you are flying with. In terms of a difference in training between commercial and private jet pilots, there is virtually nothing in it.

Factors such as fatigue are regulated, ensuring that your crew shouldn’t be tired when flying. Of course, isolated cases can slip through the cracks.

However, cases of crew fatigue are not isolated to private jets.

There is no significant difference between the quality of crew between commercial aircraft and private jets. Ultimately, the quality of the pilots is the difference between life and death when in the air. Aircraft systems rarely fail. Humans fail more often. Therefore, ensuring that you fly with licensed and experienced crews is the best way to be safe. Achieve this by arranging your flight with reputable companies.

Hygiene is an area where you can definitively say that private jets are safer than commercial airlines.

When flying by private jet you are exposed to fewer people and fewer touch points than commercial travel.

When flying by private jet you have the whole aircraft to yourself. Therefore, there are no strangers inside.

Additionally, you only need to arrive at the Fixed Base Operator (FBO) 15 minutes prior to departure. Inside the FBO (essentially the terminal for private jet), there are far fewer people. Therefore, you spend less time in an area with fewer people.

Private jets are thoroughly cleaned inbetween flights. Air is also much fresher within the cabin.

These reasons all demonstrate that private jets are more hygienic that commercial air travel. Something that is crucial in a post pandemic world.

So, Are Private Jets Safer than Commercial?

Private jets are just as safe as commercial airlines. Whether they are safer or not is hard to say.

Additionally, whether private jets are safer than commercial is not necessary. Flying is one of the safest ways to travel (unless you are flying yourself). Therefore, the safety is such that exceeding commercial safety will provide minimal benefits.

The private jet industry is heavily regulated, resulting in private jets being safer than ever before.

The area that private jets come out definitely on top is hygiene. Flying by private jet is an effective way to travel and minimize the risk of Covid-19 transmission.

Ultimately, the safety of private jet travel will depend on whether the operator follows the safety procedures. If they don’t, private jets will not be as safe as commercial travel. Avoid this issue by making sure you always book with a reputable charter company.